Just when it seems like the high school genre film seems to be running out of steam, something is released that twists the formula enough to encapsulate what makes the best examples (make your subjective pick) stand-out in the first place: a raw honesty that straddles the line between cheese and deserved praise. Alex Strangelove—Netflix’ latest foray into the genre—is exactly this, providing the familiar beats of a the genre, while flipping the script on perspective and tone.

Strangelove feels like a very “now,” film in everyway without standing out as an approximation of what high school in 2018 seems like to filmmakers much older than the audience watching. The title character, Alex Truelove (cue the cute, ironic title) seems to have it all: the grades, the friends, the girl etc. More and more though, Strangelove begins to question and explore his sexuality, which leads to a very relatable sense of confusion that the audience—whether or not the specific experience is similar—can hone in on. And I think that’s the best thing Alex Strangelove has going for it, it’s a film that understands its tone and greatly captures the introspective confusion high school provokes. 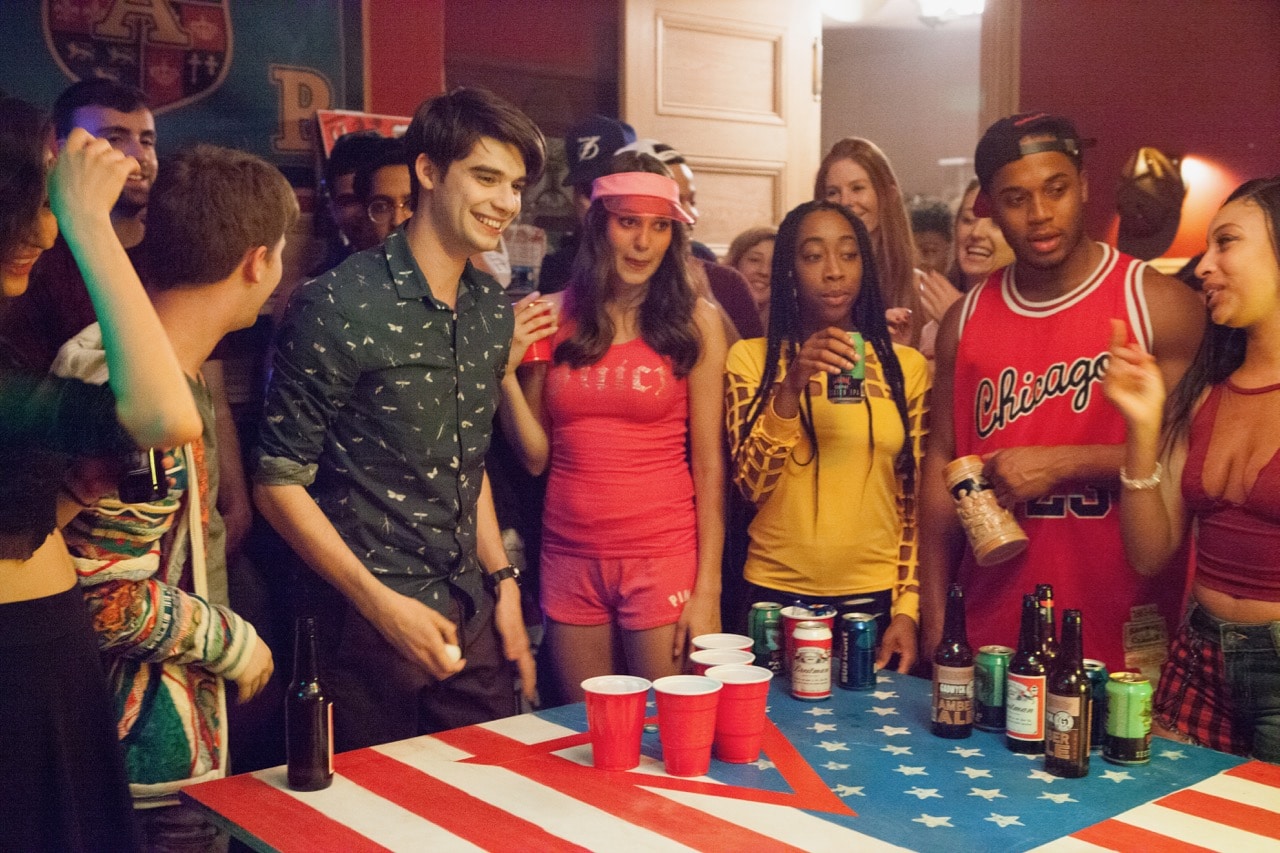 The casting is also top-notch, with Daniel Dovey giving a wonderful performance as Alex. Equally excellent is Madeline Weinstein as his charming and smart girlfriend Claire. Playing the unexpected love interest is Antonio Marziale as Elliot, and while Marziale’ performance is admirable, the character of Elliot isn’t given nearly enough screen time and is stuck with the cookie-cutter role of a gay teen from a broken home. He isn’t fleshed out nearly enough for the burgeoning relationship between him and Alex to feel believable, which is a shame since it’s integral to the success of the film. It’s here where the film falters, remaining good instead of great. Strangelove devotes a lot of time to Alex’s personal inner struggle which is great, but it leaves everyone around him flat and uninspired.

For me it was Daniel Zolghadri as Alex’s friend Dell, who stole the show. It’s with Dell and the other friends where the film is the weakest in terms of high genre tropes (a hallucinogenic frog makes for a funny if not indulgent few scenes) thankfully it’s Zolghadri who gets the majority of the focus, and the one-on-one conversations with Alex come across as genuine and I found myself invested in their friendship.

The soundtrack is a notable highlight of the film, choosing funky retro tracks that suit the narrative while also avoiding the cliche tones we’ve heard from just about every high school film ever made.

While this is no Super-Bad, there is enough raunchy vocabulary—that never feels forced—to add an extra layer of hilarious reliability to the proceedings. And it’s here that the high school genre so often fails, either going full-blown insane, where the antics don’t feel the slightest believable, or so tame that you wonder in what world are 17-year-olds this put together? Alex Strangelove nails this balance.

Overall, this Netflix original provides a pretty safe but admirable perspective of modern queerness that I had a really great time watching. I do wish the main cast was given more to do since I never felt the full weight of Alex’s feelings. Alex Strangelove is both tender and surprisingly funny, sure to please Netflix’s LGBT-loving audience.