Taking place in the culinary epicenter of the province, Wolfville, Nova Scotia, the sixth edition of Devour! tantalized the tastebuds of foodies on Canada’s East Coast November 2-6, 2016.

Set against the beautiful backdrop of the Annapolis Valley, the town of Wolfville and Kings County offer a charming festival setting, featuring a number of historic theatres, unique local venues and scenic beauty perfect for a rural romp.

Only one hour from the city of Halifax in the heartland of Nova Scotia’s burgeoning wine industry and the centre of culinary and agricultural innovation, Wolfville is also home to Acadia University, one of Canada’s most renowned academic institutions. 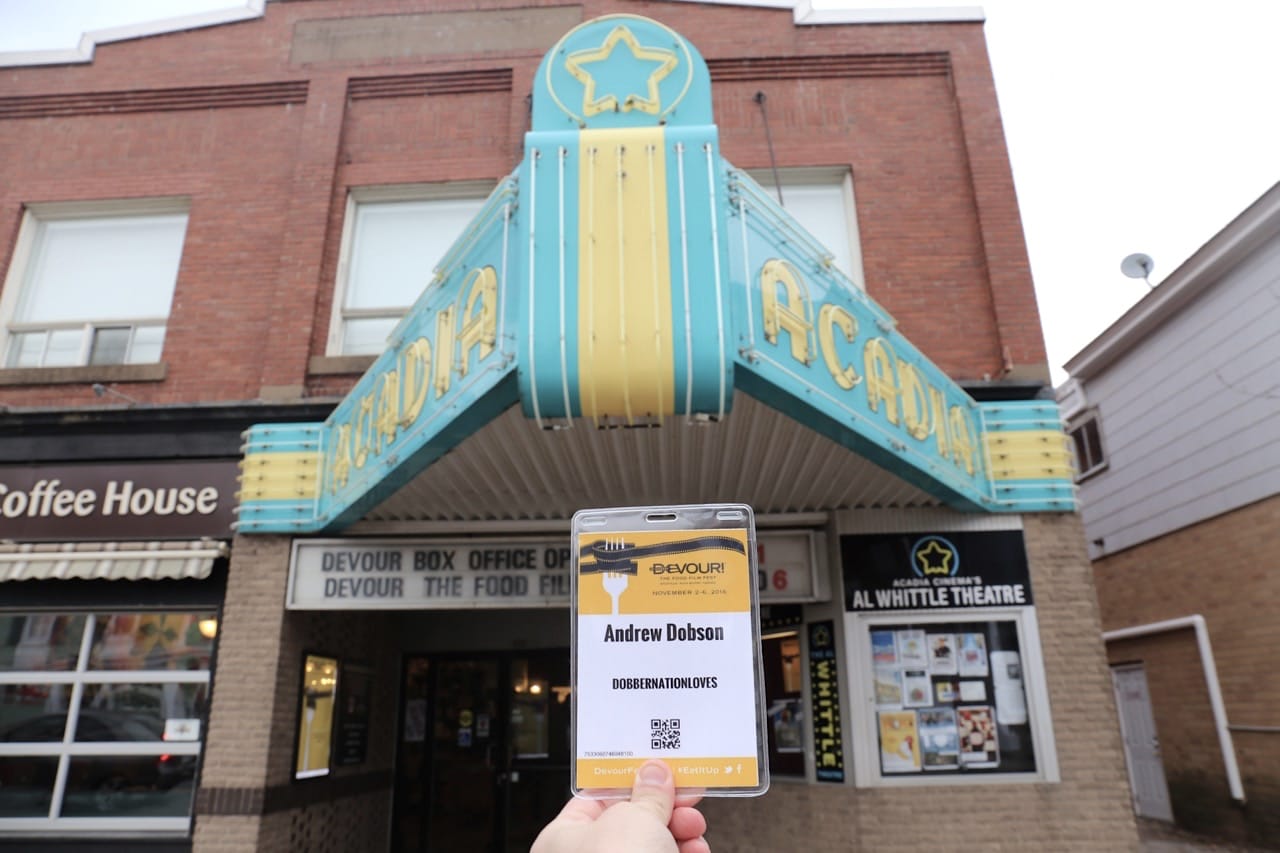 Aiming to educate and entertain through the lens of food on film, Devour! The Food Film Fest showcases some of the most engaging documentaries, dramas and short films that celebrate food on film. With a great mix of Canadian content as well as international hits, Devour! brings awareness to the impact of food, food culture and the current food systems in our lives.

The sixth edition of Devour! included 94 unique events over five days, including 80 films, 24 industry workshops, 20 tasting tours, three celebrity chef dinners and over 20 parties. Of the festival’s 80 films, including 27 features and 53 shorts, 30% of the film program was made up of Canadian content, with 19% being from Atlantic Canada.

This year’s festival included three significant themes: women in gastronomy, building community and the celebration of slow food and Wolfville as Canada’s newest Cittaslow Town. In keeping with the women in gastronomy theme, 39% of the festival’s film content was directed by women! 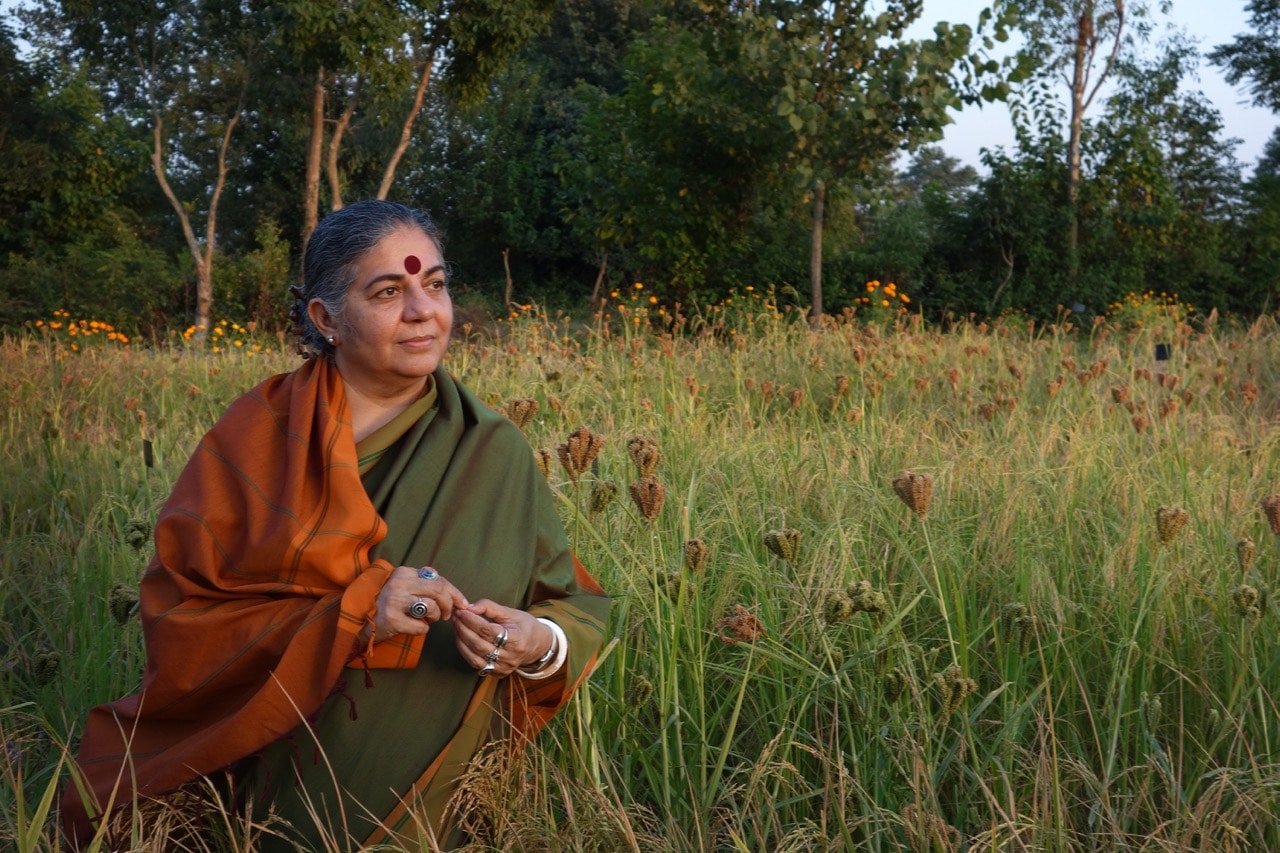 The word “seed” can be applied to anything from ideas to plants. In Seed: The Untold Story, these two dovetail in a global story about the people who have made it their mission to ensure that these plants and ideas come to fruition, rather than be forgotten to wither and expire.

The film takes its audience across the globe to share the stories of seed activists keen on educating their local communities on the importance of crop biodiversity. We meet a quirky American dubbed a botanical explorer who travels from the desert of Namibia to the swamps of the Amazon in search of rare seeds. We hear the tear-jerking stories of outraged Hawaiians who have become ill from local farms spreading toxic chemicals and on to Mexico where local indigenous farmers are educating their younglings about the importance of celebrating their heritage corn crops. 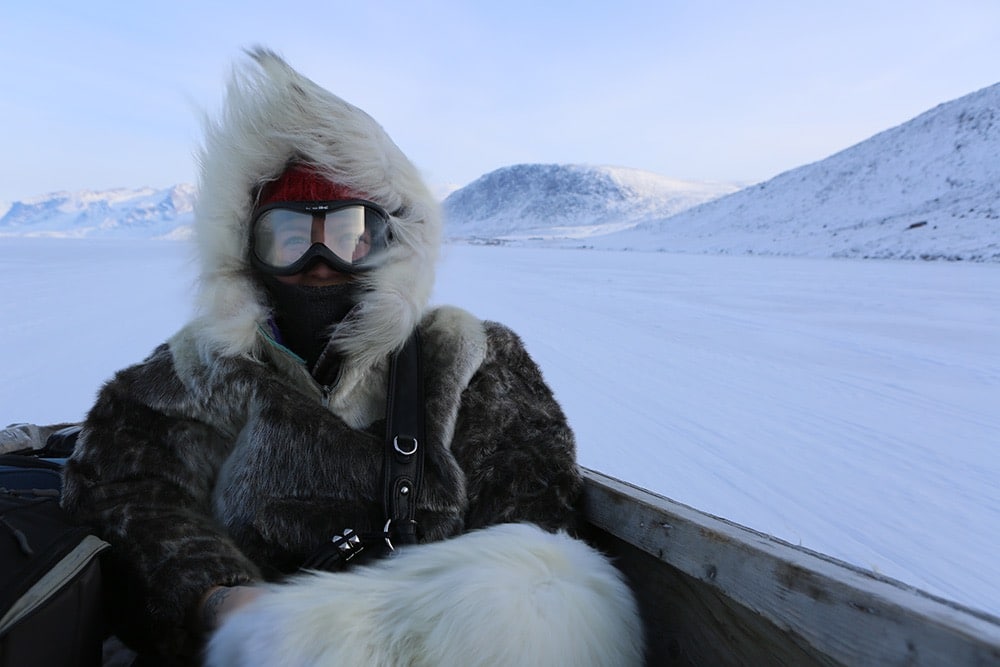 It’s easy to misread a voice of dissent as one of anger, while a calm voice is often ignored. Alethea Arnaquq-Baril’s Angry Inuk wavers between the two as it tells the complex story of the commercial seal hunt in the Canadian Arctic and how it affects economies, traditions, ethics and even survival.

Angry Inuk is an eye opening tale that showcases how Inuit hunters in tiny remote communities in the high arctic are negatively affected by animal rights groups protesting against the Canadian east coast seal hunt that happens a thousand kilometres away.

The sign of a truly powerful documentary is one that has your point of view flipping upside down. The majority of us have grown up horrified of the brutality of the seal hunt, thanks to the slick marketing campaigns organized by the world’s wealthiest animal rights groups. Angry Inuk is an essential film that educates about the economic realities of the seal hunt as a passionate group of Inuit travel from Canada’s remote north to Europe in hopes of insuring their ancient culture survives. 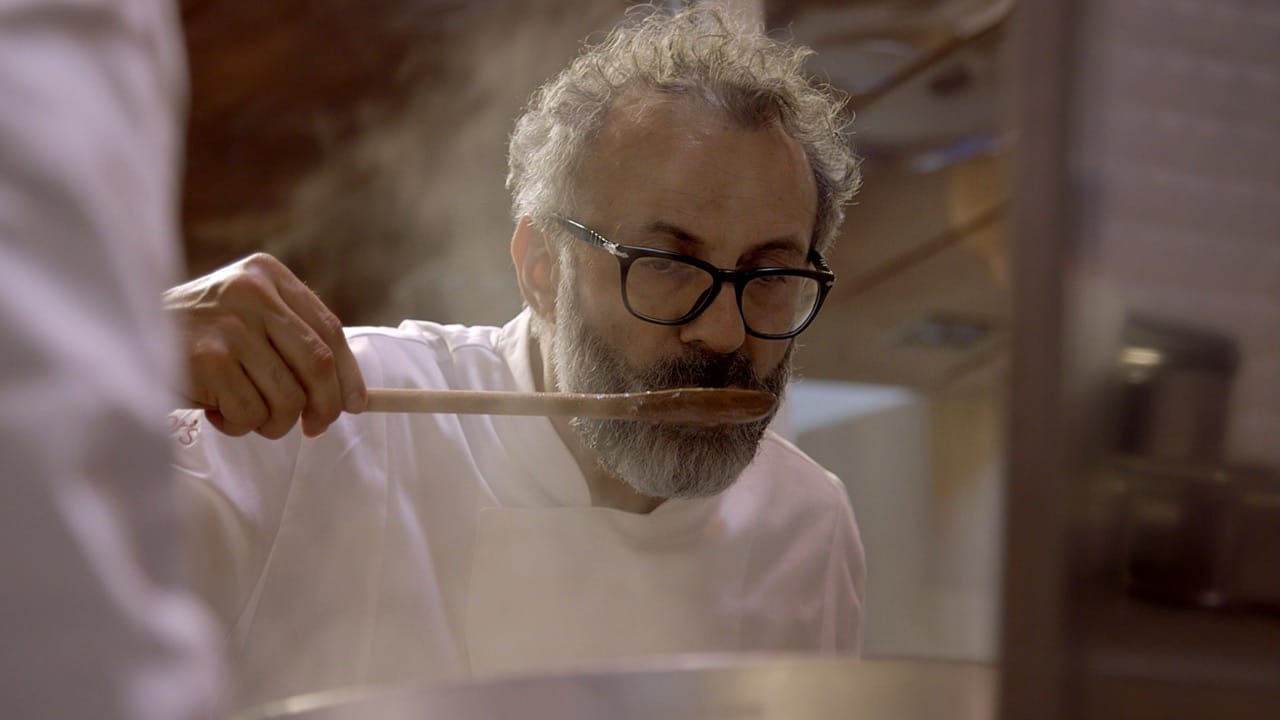 A soup kitchen is not where one would expect to see award-winning chefs with global reputations. Loaded and larded with food waste, this is where you will find Massimo Bottura in his Refettorio Ambrosiano, where he invited 60 of the world’s top chefs to cook with the food waste from Milan’s 2015 World Fair to feed the city’s hungry.

What I love most about the film is that it splits its time equally between the celebrity chefs cooking in the kitchen and the heartbreaking stories of the needy folks who come to the Refettorio Ambrosiano each day in search of sustenance.

Fans of Netflix’s Chefs Table will recognize a slew of top talent featuring cameos by Ferran Adria, Alex Atala, Mario Batali, Alan Ducasse, Rene Redzepi and Ana Ros. And while the world’s top chefs inspire in the kitchen its the touching biographies of Milan’s homeless, drug addicts, prostitutes and refugees that help put this films powerful message into perspective. 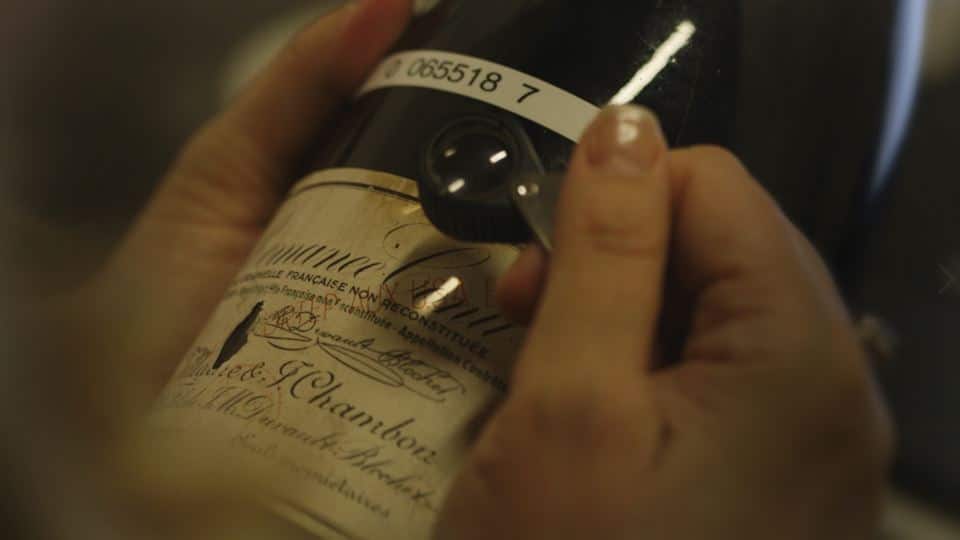 The world of wine can be as exciting as a hunt and one can easily be fleeced. Charismatic Rudy Kurniawan meets all the right people, makes all the right moves, until a Burgundian wine producer decides to stop the party and everyone realizes they’ve all been drinking the wrong kool-aid.

Sour Grapes is a thriller of a documentary which puts a spotlight on the fine and rare wine auction market centering around a counterfeiter who befriended the rich and powerful and sold millions of dollars of fraudulent wine through the top auction houses. 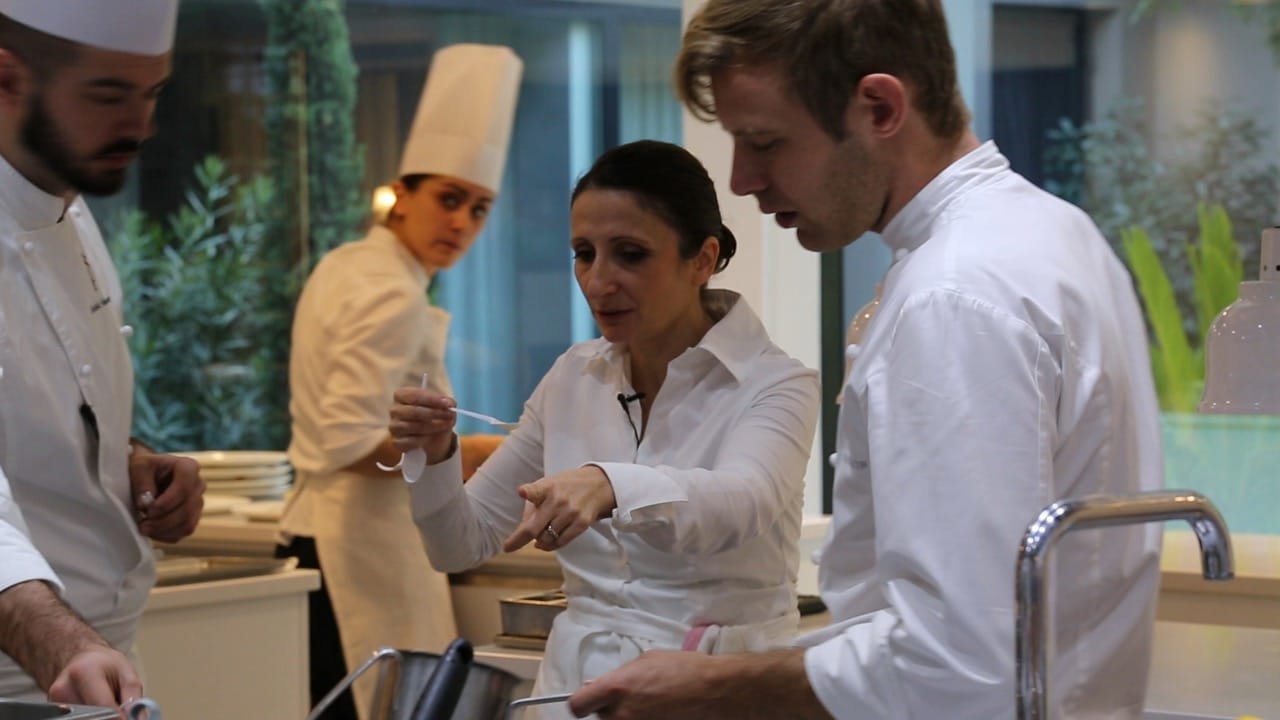 The Goddesses of Food

In The Goddesses of Food French filmmaker Vérane Frediani circumnavigates the globe to tell the story of the world of women and cuisine. Featuring some of the greats such as Chef Dominique Crenn and Chef Barbara Lynch, to those at the very start of their careers, to those making incredible food in the farthest reaches of the world – the many successes and challenges that face women in the kitchen are revealed. The essential film is a delight for feminists, offering up a space for stories often hidden from view to splash across the screen…forcing us to wince, laugh and cheer.