The Historical Regatta of the Maritime Republics (also known as the Palio delle Antiche Repubbliche Marinare) is a sports event centred around a historical re-enactment first established in 1955 to commemorate the endeavours and rivalries of the most famous Italian maritime republics (Genoa, Pisa, Venice and Amalfi), in which the four vie against each other with four rowing crews. Competed under the high patronage of the President of the Italian Republic, the regatta takes place every year on a day between the end of May and the beginning of July, with the four cities taking turns as the host. 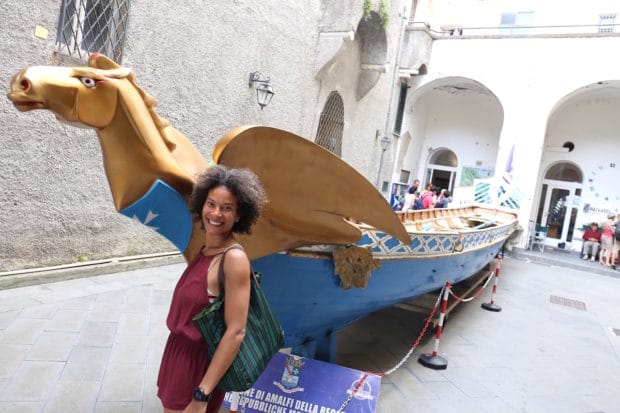 I was tickled pink when I realized I would on holiday in Amalfi when the annual event took over the town. That morning the streets were lined with local volunteers who managed the influx in traffic. By the afternoon throngs of locals and tourists descended on the city, wearing the colours of their favourite team (we of course cheered for Amalfi in blue and white). The energy was electric as horns blew, whistles whirled and crowds cheered all the way to the beach. 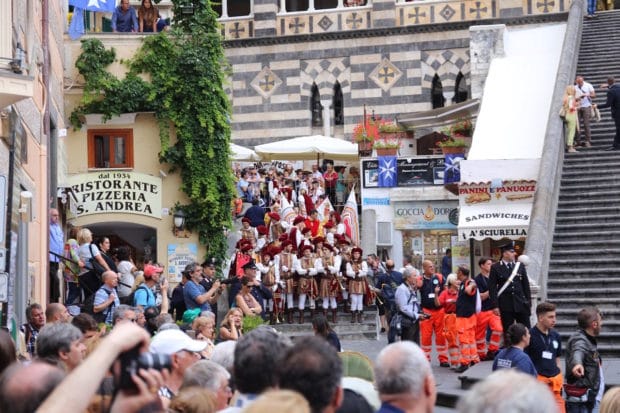 The boat race is preceded by a spectacular Medieval Pageant of the Ancient Italian Maritime Republics, which, in turn, is composed of the Medieval Pageants of each Republic, making for a total of 320 participants; the pace of the parade is beat out by the sound of drums and clarions, amid waving banners and flags, all in a joyful triumph of colours and flowers, as well as lavish costumes and accessories reflecting the styles of the period. Each group has the task of memorizing and performing episodes and characters linked to the maritime history of their city and the role it played in the Mediterranean. 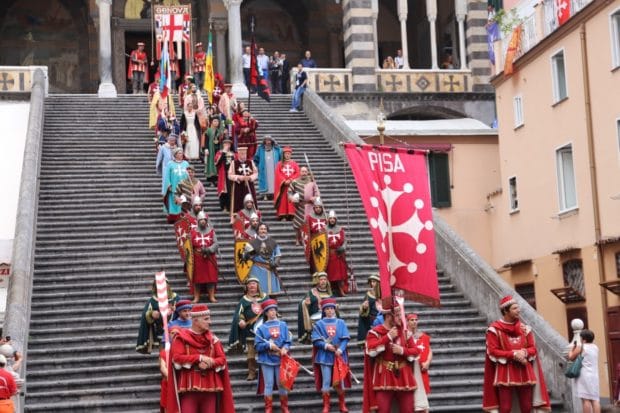 Each crew is composed of eight rowers and a coxswain, aboard fiberglass boats sporting different colours and splendid figureheads: from the winged horse of Amalfi to the dragon of Genoa, recalling the patron saint of the city, St. George; from the eagle of Pisa, symbolizing the ancient bond between the Tyrrhenian republic and the Holy Roman Empire, to the winged lion of Venice, linked to the patron saint of the lagoon city, Saint Mark the Evangelist. 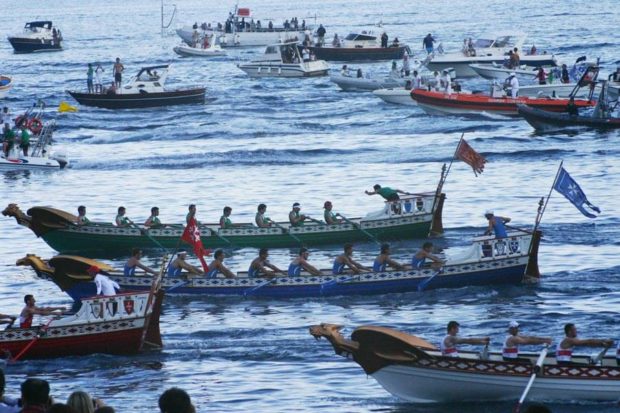