After a lovely week spent in the Gili Islands I made the trek back to Bali over land and water and some more land. The most popular place for any visitor to stay in Bali is the Kuta-Legian-Seminyak beach strip of the island which is a stones throw from the international airport and the hub of tourism. It is here where you will find the most beautiful beaches, luxurious hotels, world class restaurants and one of Asia’s most colourful queer communities.

Kuta is the backpacker friendly haunt full of tacky McDonald’s and a Hard Rock Cafe where budget travellers gravitate as there is plenty of affordable accommodation. I chose to splurge and stayed at the one budget guesthouse in the ritzy Seminyak neighbourhood. The hotel was written up in the Lonely Planet as owned by a Japanese family. I arrived in a taxi and stole their last room for 10 USD a night including breakfast. My room came with a huge fan, double bed and bathroom. They only had the room available for 4 days so I decided to take it and would think about where to stay for my remaining few days later in the week. 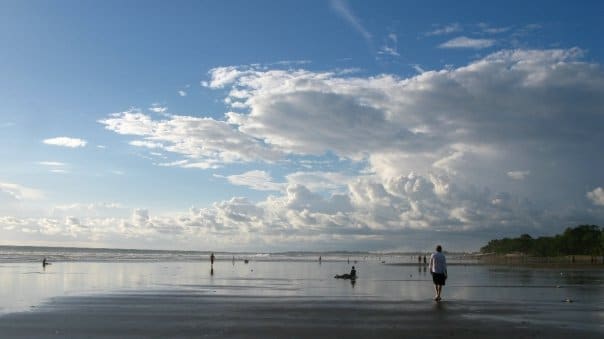 Seminyak would end up being my favourite place in the entire world (and after visiting 54 countries I think that says something). This upmarket luxury strip of the beach is outrageously beautiful, packed with open air bars and restaurants. More than anything Seminyak was a breath of fresh air as far as gay tourism is concerned. When visiting Seminyak every tourist seems to comment on all of the same-sex couples holding hands. There is also a gay clubbing strip where I spent my evenings hanging out with gay couples from Perth, Lisbon, Paris, New York, Tokyo and Bangkok. This town is full of expats who have fallen in love with the island as tourists and moved here for good. Several of the most luxurious spa’s, guesthouses and restaurants are owned and operated by Australian and American gay couples. 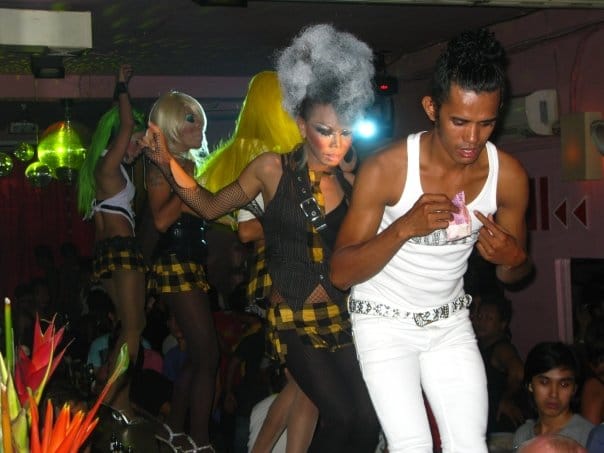 I spent my days walking up and down the beach, staring at surfers and eating at luxurious restaurants. I recall one Italian restaurant which you had to wait for at least an hour in line to get into (it’s just that popular…and well worth the wait). I recall having a glass of wine, sweet potato and mascarpone stuffed ravioli, pizza and beef carpaccio and the bill came to 12 USD! I basically spent my last week in Asia eating at gorgeous restaurants which would normally cost 80 USD a per person, for a fraction of the price because I was in Indonesia. Living!

My first night in Seminyak I walked down the street to Mixwell, Bali’s most famous gay bar. I was offered a free cherry and chocolate martini and treated with grace by the establishments professional waiters. I was exhausted from my journey and must have looked rather sad sitting on my own with a martini all by my lonesome. A 50-year-old British man came up to me and said “You look so sad darling! Have you just arrived on the island?” I was apprehensive that an older gay man was coming onto me and he could tell. He immediately laughed and pointed across the dance floor to a gorgeous 30-year-old husband from Cyprus. We instantly became friends and told me to meet him at the gay beach the following day so he could introduce me to all of his friends. 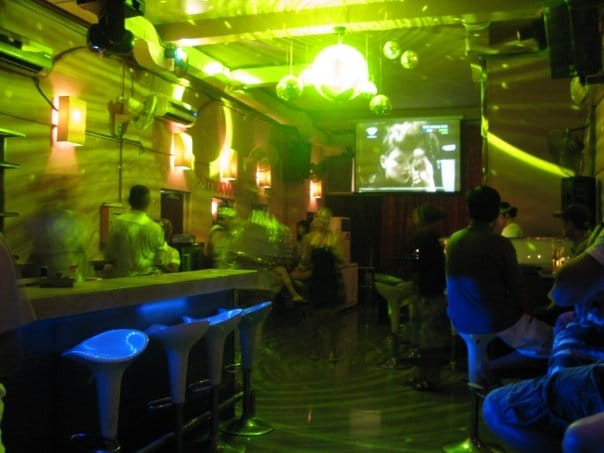 Just north of Seminyak is a gay owned and operated bar on the beach where queer locals and tourists come to enjoy themselves. I spent the day with my new British friend and his boyfriend. He loved my plethora of travel stories and I think he really just enjoyed my youthful adventurous spirit. He insisted that he purchase all my drinks. I think he also thought my cheap impoverished way of living my last few years was endearing. He spoke of his houses in London, Perth, Cyprus and Bali. I spent every evening with my new friends at Mixwell after I had done my own solo discoveries around the neighbourhood. 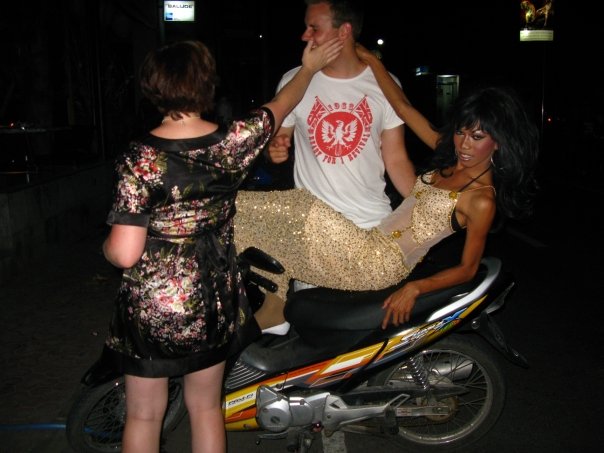 Four days had passed and I now had to check out of my hotel. I told my new friend about my worries, that I couldn’t afford to live in this part of Bali at any other place and would have to find some hole in Kuta. He instantly looked at me and told me that I would be moving into his home. My last few days would end up being absolutely mind bogglingly luxurious. I took a taxi to his address and discovered he owned a home that I assumed only rock stars could afford. I soon discovered that he was a very wealthy man with an incredibly generous spirit. He showed me into the guest room where I literally fell over. I had a plasma screen TV, queen sized bed with duvet, and a five star hotel bathroom with rain shower. 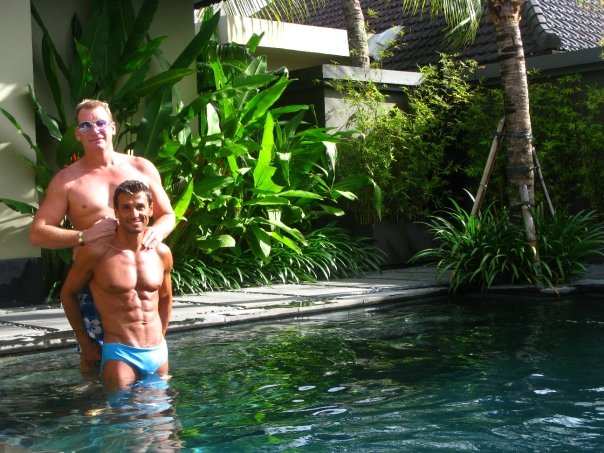 Every morning about 15 Balinese cleaners scurried across the space cleaning the entire apartment in a furry of speed and energy. Over the next few days I would meet my hosts best friends, which included Mark Feehily (the famous singer from the Irish band Westlife, and his boyfriend). This was my storybook Asian ending. I spent my days with them at the beach and my evenings being toured around the regions most luxurious restaurants while ending my nights dancing with a wild group of gays from across the globe. 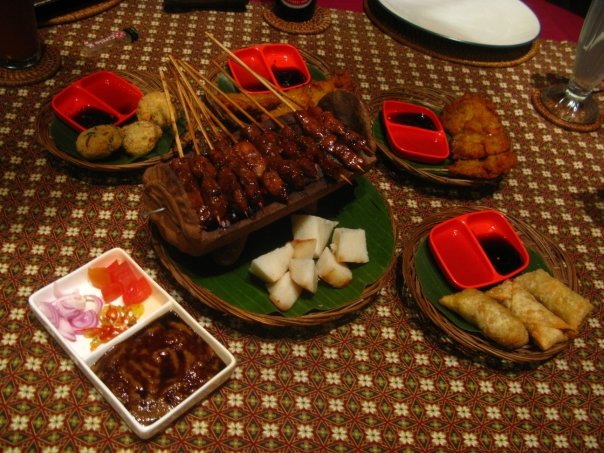 On my last night in Bali a few hours before my flight the gang took me to Ku De Ta, one of the most gorgeous restaurants on the island (where Mojito’s are 10 USD, aka the cost of my hotel room). We sat on the deck staring over the beach as the sun set across the horizon. I looked across at all my friends who I had spent the last week with and teared. My time in Asia was over and I was off to Australia. I was given big hugs and would never forget how quickly great friends can be made. 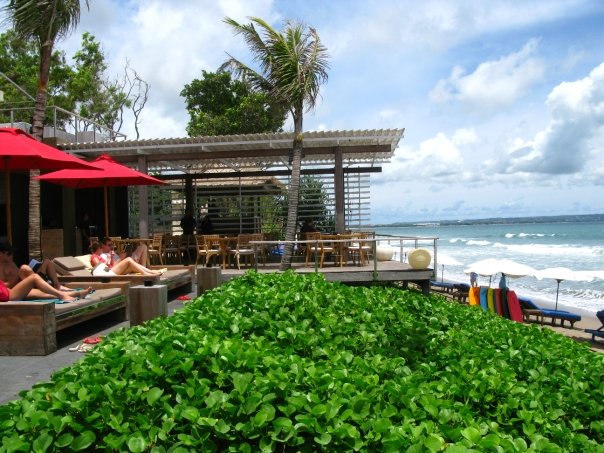 My memories of Bali are full of laughter, beauty, salt water, drag show late nights and the most comfortable sleep I had in all of Asia. It is funny to think at the beginning of my Asian tour I was sleeping in a hole of a hotel in Boracay for 3 USD a night with bed bugs eating away at me all night. On the flip side, I had found myself enjoying the lap of luxury as my tour wrapped up. Bali is the most beautiful place on earth and one of the few places I could see myself returning to. 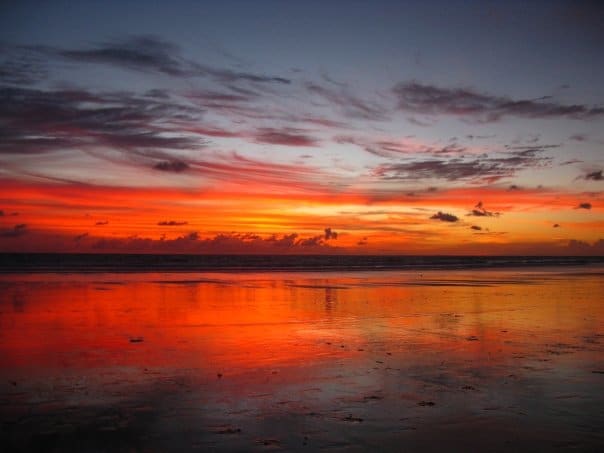