Our flight from Toronto to Paris was thrilling. My father made sure to ask what the in-flight meal was prior to ordering his wine in order to properly pair it with his compartmentalized meal. He woke up the day of the flight at 4am, on purpose, to “climatize himself to the time in France.” It was an attempt to help him sleep on the plane which was surely in vain as he didn’t get a wink of sleep. As I took the time to finally twist my watch six hours ahead I cringed knowing how exhausted I was going to feel as we landed.

Off the plane I enjoyed staring at the beautifully well dressed locals wearing cute little scarves and fashionable threads. Our rental car was awesome, a brand new mini van which I affectionately called “hobo” as a crazy homeless man was lying a few meters from our car when we picked it up. I put my back pack on for the first time fully packed and it was twice the size of me. I could barely walk, I am a short fellow, and my parents could not stop laughing at me so I decided to ditch some of my things along the way to lesson the load. 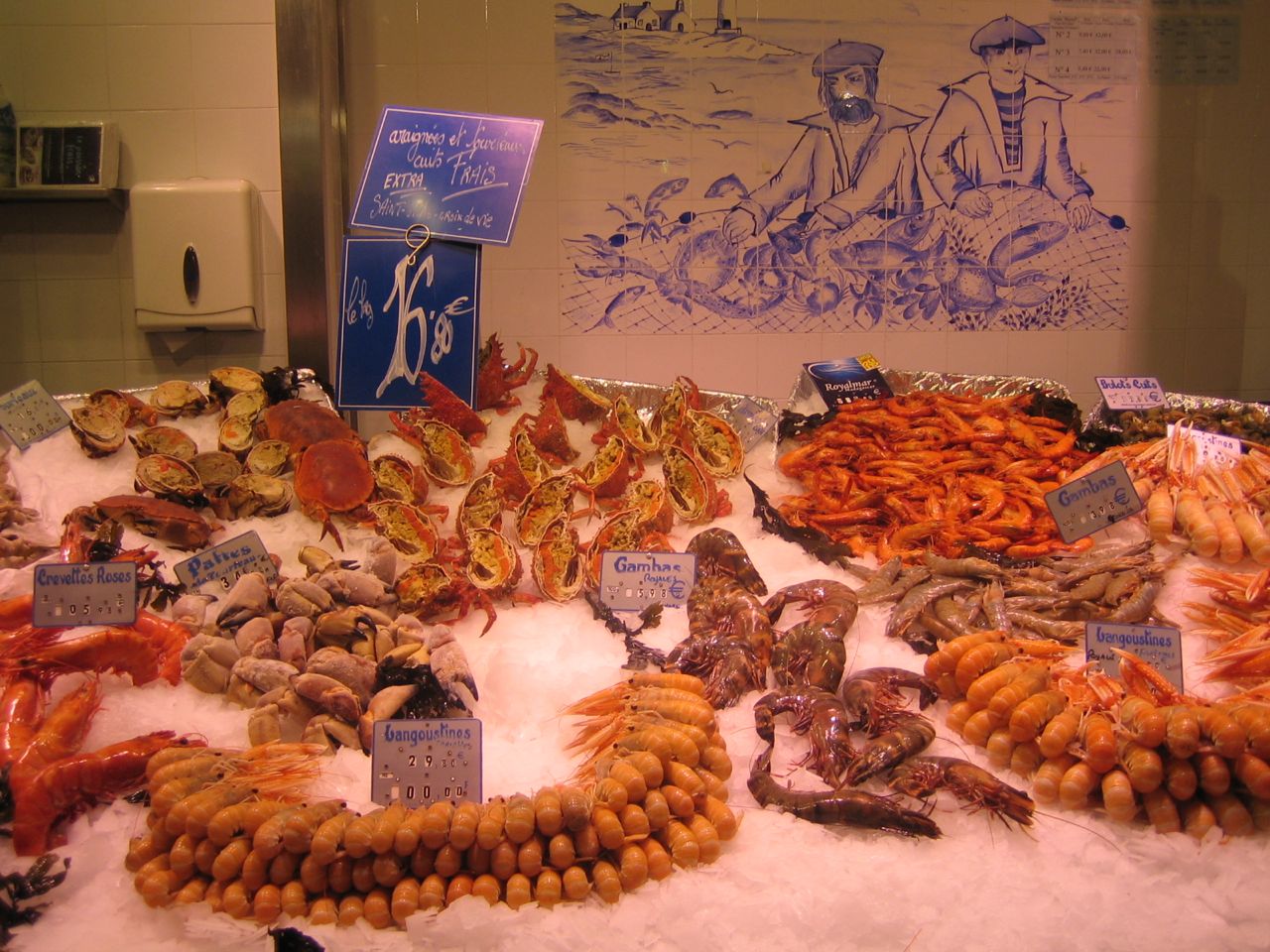 I was adamant about comparing Canadian Brie cheese (pasteurized) to that of the real French variety so I brought some along in my pack and at my first chance conducted a sensory test. We stopped off in Vernon (north of Paris) in order to visit our first traditional French market. It was amazing, everything that I expected and more! We picked up smoked aged Swiss and a round of Brie. Our first French Baguette was a bit tough on the crunch side of things but also enjoyed a wonderful mystery meat (called “Jambon de Bourguignon) made of fresh ham and gelatinized together with herbs of Provence.

The French variety by far was the winner as it was gooey, flavourful and spreadable. Pasteurization kills so many of the essential flavourful bacteria it’s practically a gastronomic crime. We then drove to St. Denis a suburb of Paris and visited the St. Denis Basilica. It was crazy driving around Paris, we got honked at a million times and my dad hadn’t driven standard in years so his jerkiness could kill a cat. Here are some brief quotes from the drive in Paris that come to mind:

Total number of people we asked for directions in a 45 minute period. Seven. 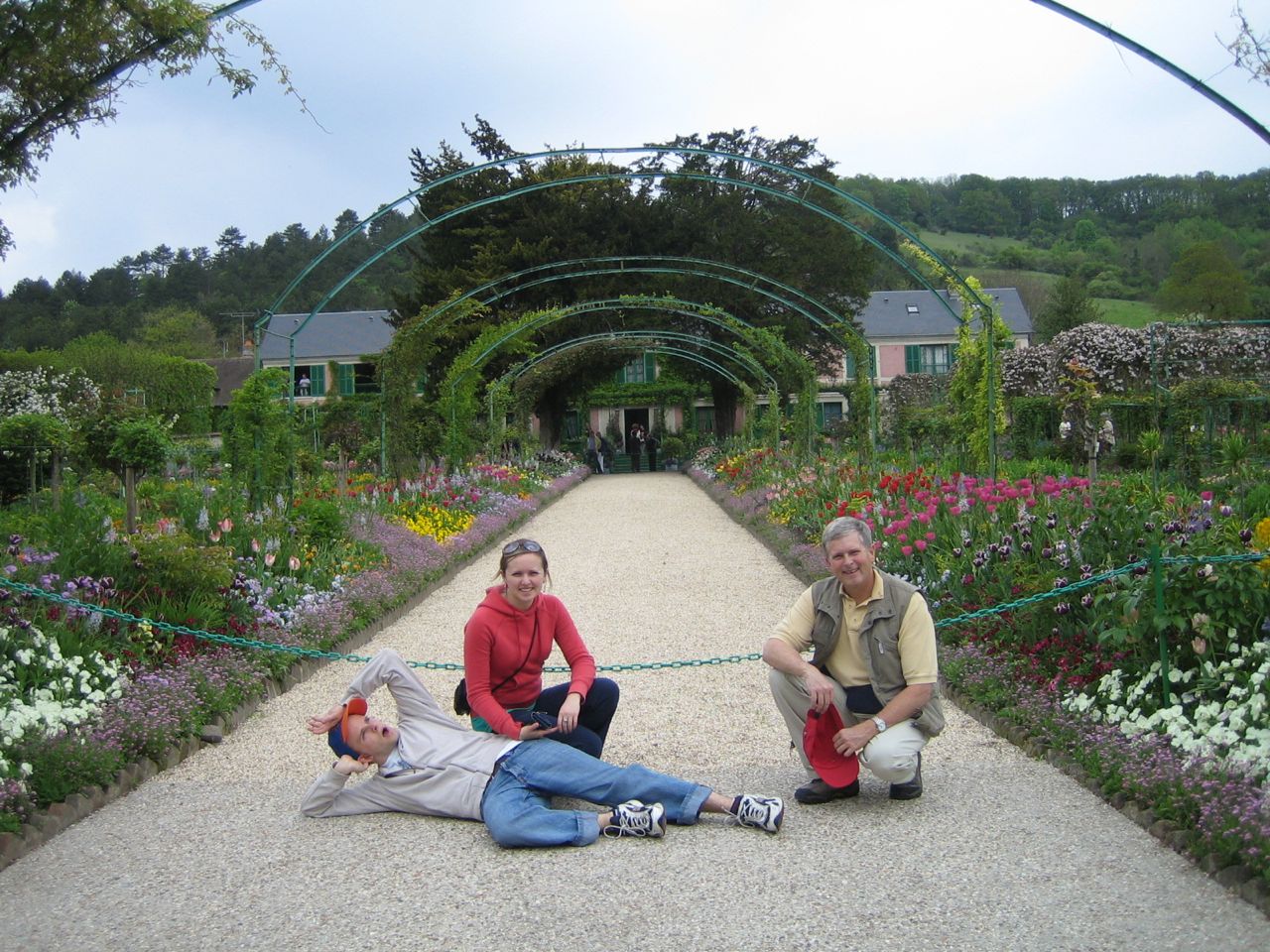 From Vernon we drove to Giverny to see Monet’s Garden. We had a tour of Monet’s house which was stellar. He had a great love and appreciation for Japanese art and his abode was plastered with Japanese paintings. I absolutely loved Monet’s kitchen. It was entirely different shades of blue and looked so cozy. He had a great appreciation for colour and this could be seen not only in his immense gardens but also in each of the rooms of his house. My mother had a horticultural love affair taking pictures every five seconds through the gardens. The lily pond was romantic and I actually sat down for a nap on one of the park benches around the pond and saw this couple snogging and rubbing each others ear lobes, wonderfully affectionate. 24 hours without sleep at this point I was feeling exhaustion to the max. Sudden death creeping up my body. 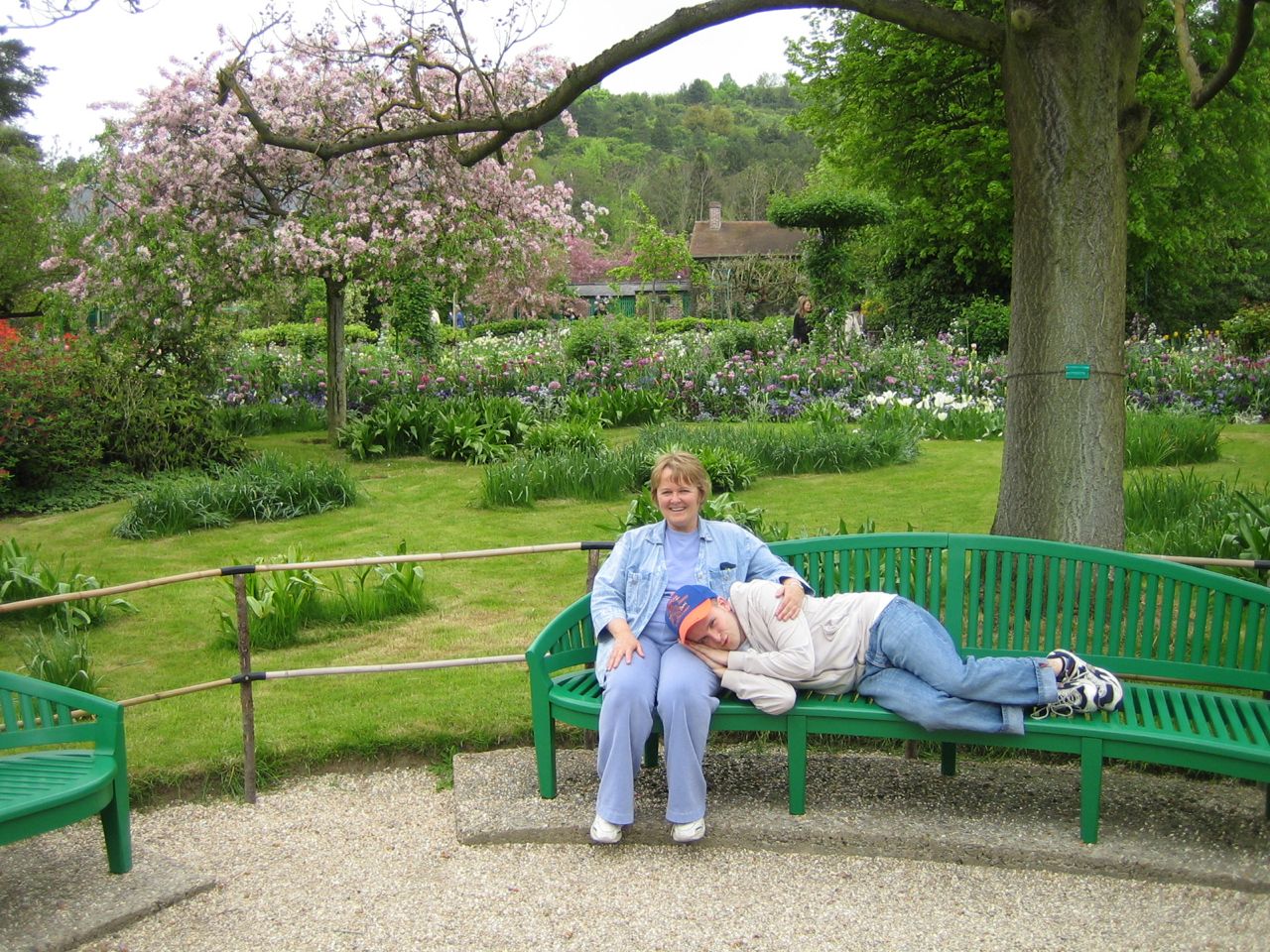 Lacoste clothing is everywhere. It seems that everyone in France loves the crocodile. This is necessary and essential. We arrived in Versailles late afternoon and all four of us were in bed by 6pm. We stayed at the Hotel du Cheval Rouge, which was once Louis XIV’s horse stable (as elaborate and decorative as you can imagine).

I woke up wide awake, at 2:30am and decided to have a French bath and started devouring left over brie and a bar of Lindtt milk chocolate filled with wafer and creamy hazelnut. I then wandered the streets to be amazed by the sight of the marketers setting up shop for the morning. It was still pitch black but the streets of the square were bustling with trucks unloading their yummy foodstuffs. 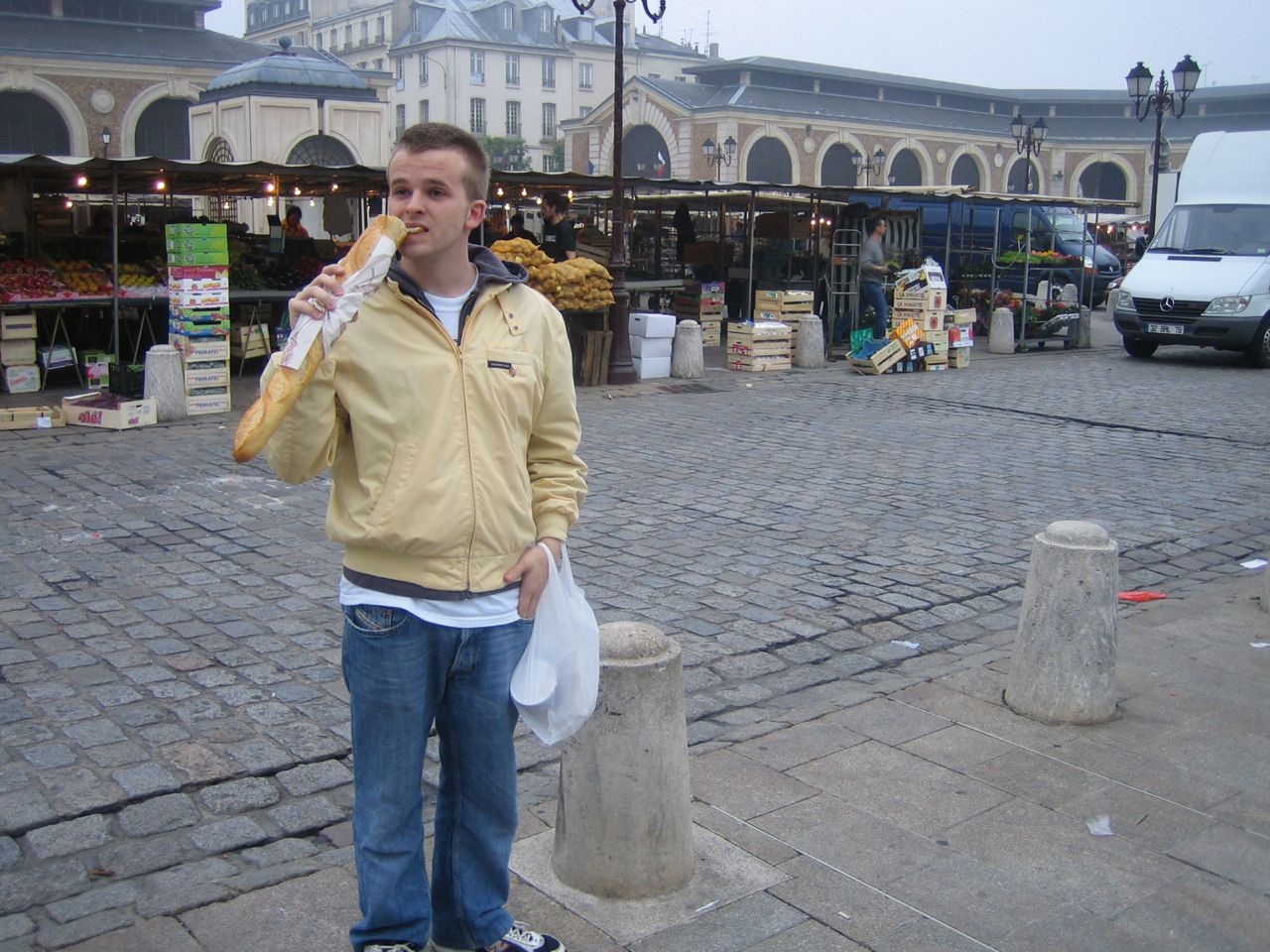 I finally found my way back to my room to pull my dad out of bed so he could buy me something to eat, obviously. We found this darling boulangerie where we bought fresh raspberry preserves, baguette, pain aux chocolate, and another croissant with wonderful almond paste. We then sat at a cafe and ordered a latte. How French can you be? 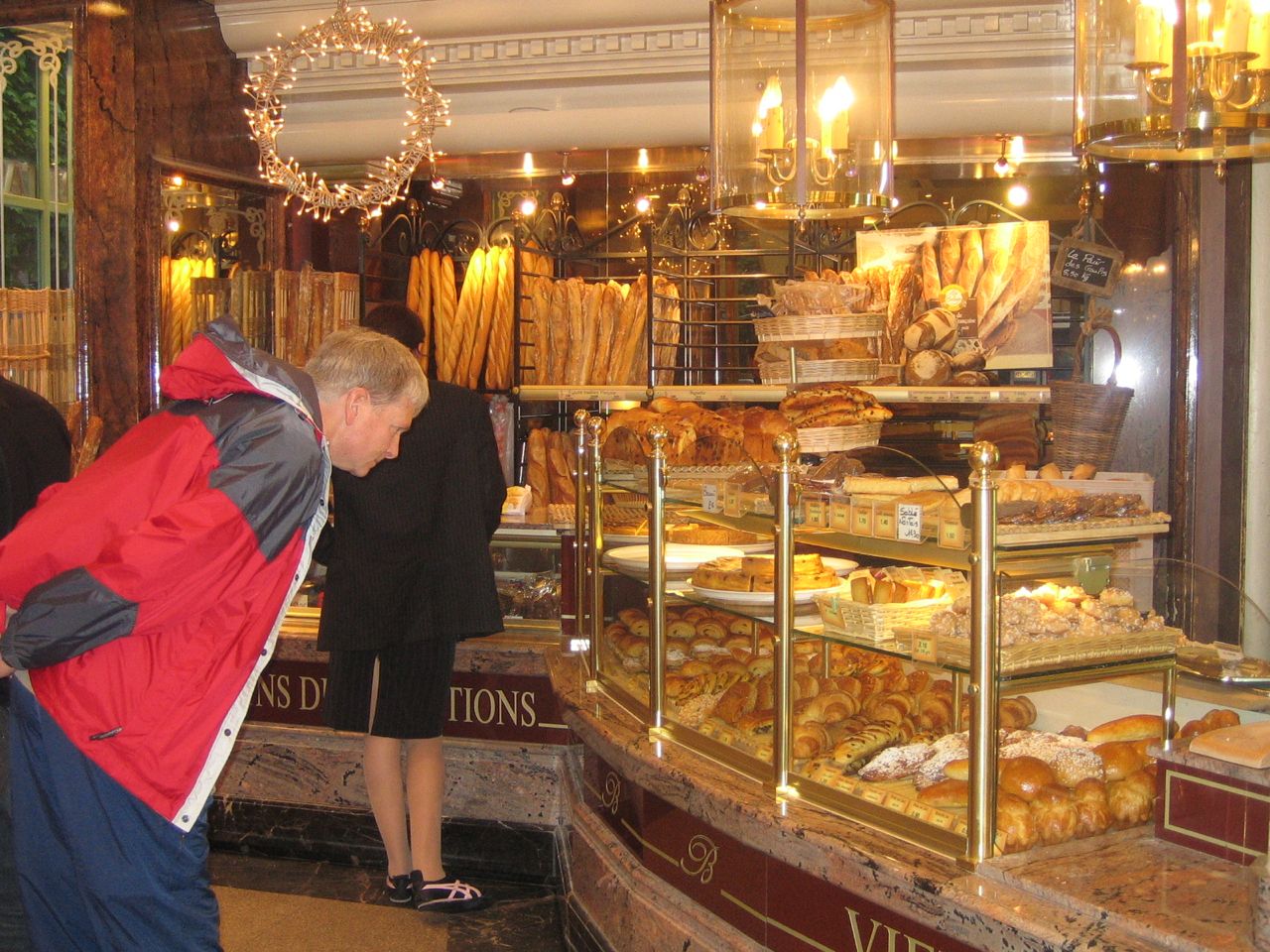 After breakfast we visited the Palace at Versailles for a total of 7 hours that day and it was INCREDIBLY BUSY, partly because it was Sunday – the only day of the week when the fountains are all in action and ancient French music is blasted across the expanse. 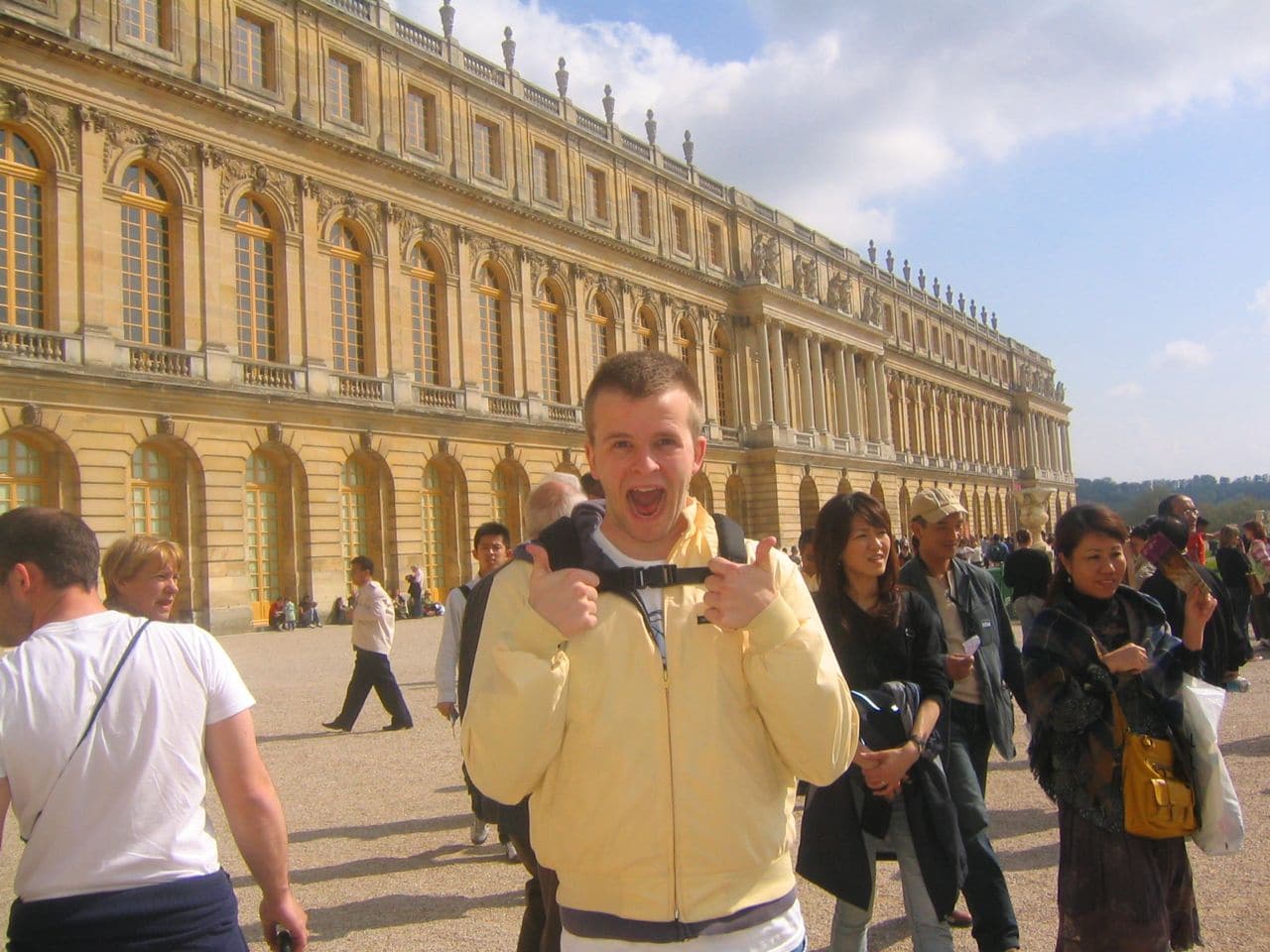 Passing through each opulent apartment at Versailles made me feel like every tourist in the place was attempting to storm a Bastille. The gardens were fantastic and we also took the tram to Marie Antoinette’s Hamlet. This was probably the most interesting site of the day. Her little recreated provincial towns just oozed Walt Disney. I was certain one of the seven dwarves was going to come out and greet us. These little cottages, a home away from home, are called Treonone. 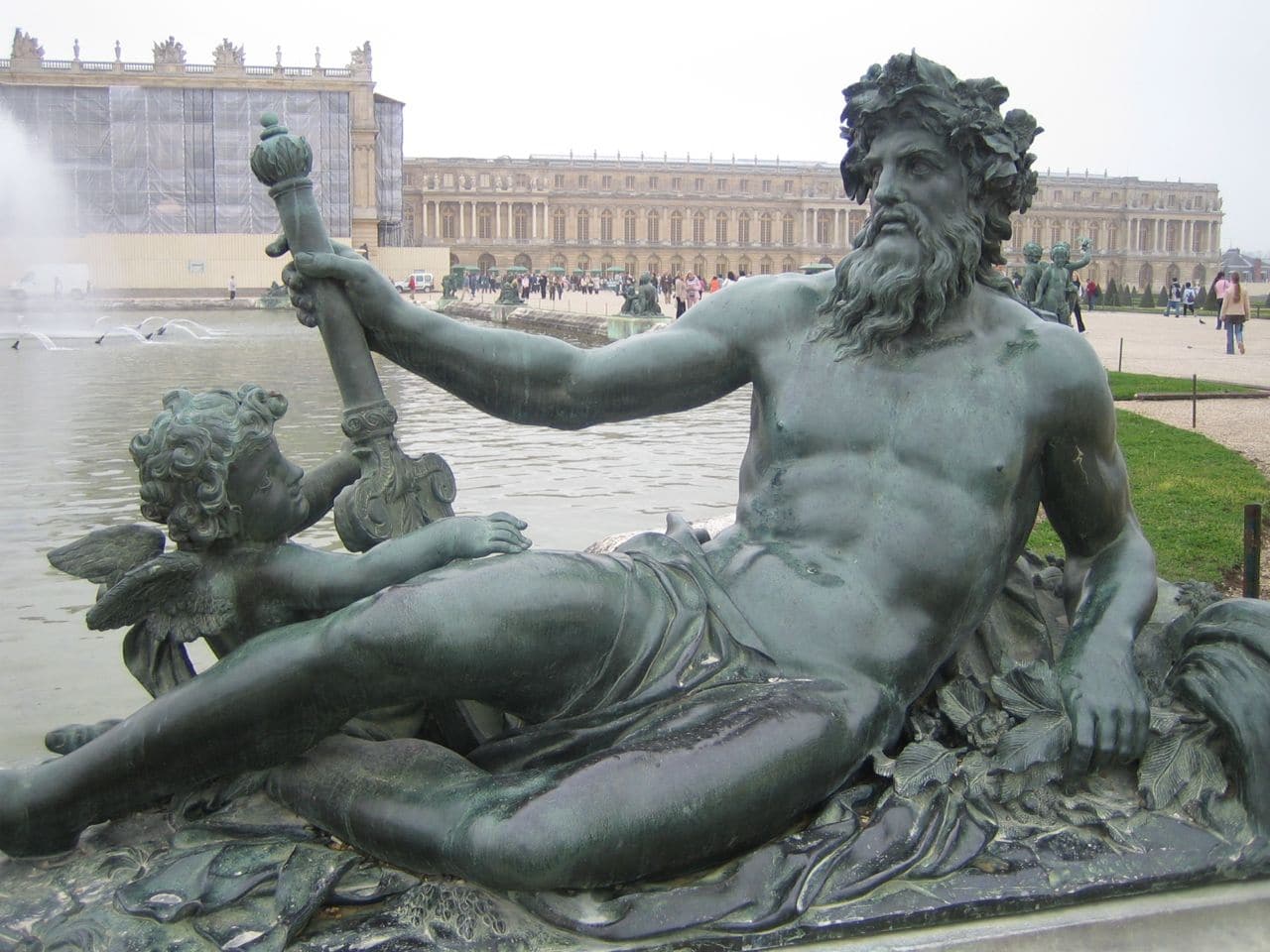