Watching your recurring nightmares of an alien invasion come true is certainly an interesting take on the sci-fi genre, if not a wholly original one. Thankfully Netflix’s latest sci-fi outing, Extinction, mixes an entertaining set up with some cool visuals and a great lead performance from Michael Pena.

Director Ben Young, who makes feature debut here, plays Extinction as a near-future earth invasion thriller with a few twists thrown in an attempt to keep you guessing (even if it is a little on the nose). Michael Pena is Peter, a scientist working for a non descript tech company, plagued with nightmares of a coming invasion. Surprise, no one believes him, including his wife Alice—the always awesome Lizzy Caplan—and his boss David played by Luke Cage’s Mike Colter. 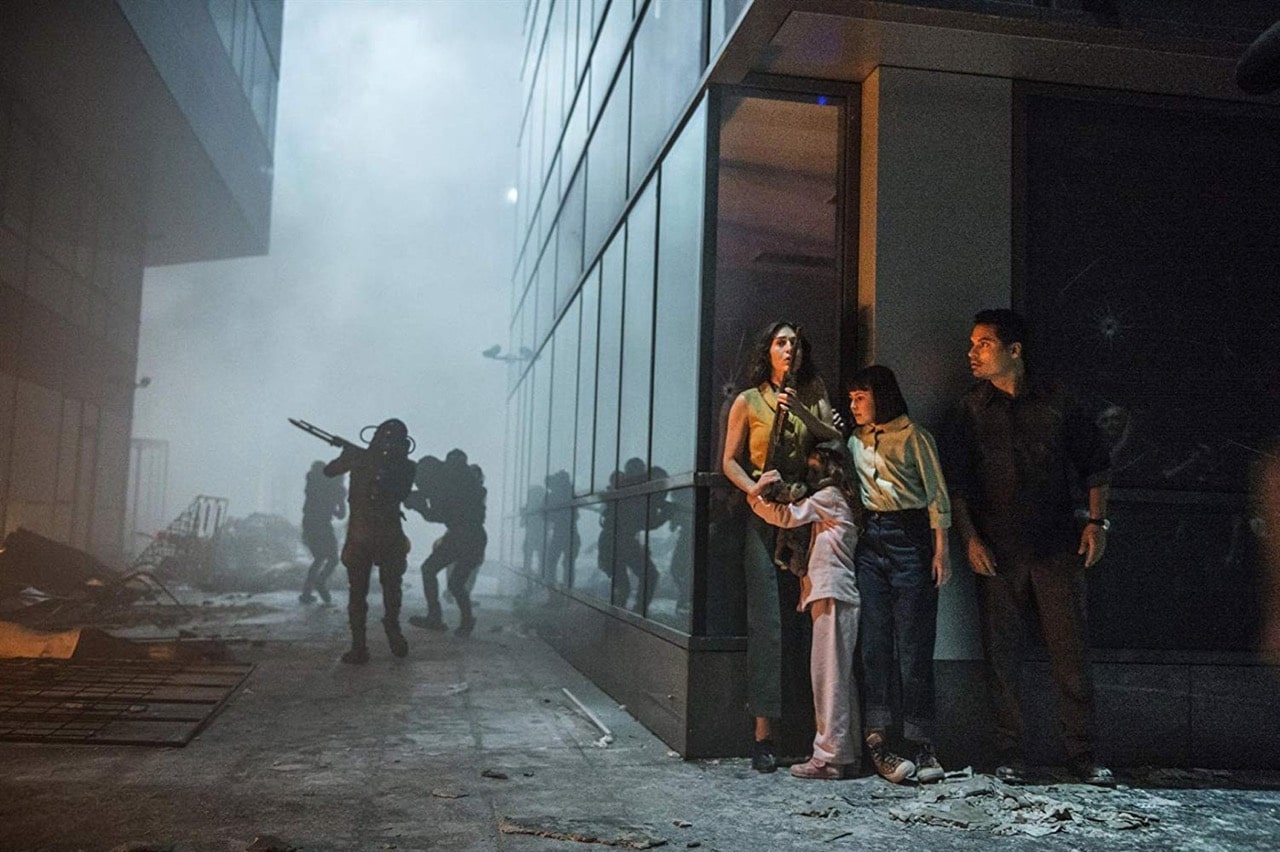 The lead up to the invasion is by the numbers: there’s tension at home because Peter refuses to get help, his insomnia bleeds into his work where the genius scientist makes uncharacteristic mistakes that catches the attention of management, you get the drill. It’s a boring first half that thankfully takes a turn for the better due to a twist that even if you’re paying attention, might slip by and catch you by surprise.

For an invasion thriller, Extinction has a surprisingly small scope, which is refreshing for a genre that frequently involves the end of the world. Here it’s just the invasion of an unnamed city focusing on a family trying to survive. There’s no speeches from the president, no swelling music as the resistance fights back which I appreciate. That doesn’t mean Extinction doesn’t have it’s own moments of sentimentality, but it works given the family driven focus. It’s a film I wish was longer, where the lore and world building could be fleshed out.

Extinction is a mashup of much better sci-fi films but manages to ask enough thought-provoking questions so as to stand alone under the giant umbrella of the decades old genre. Towards the back half of the film, Extinction starts to veer towards the ridiculous, but on the strength of Young’s moody visuals and the performances from Peter’s family unit, Extinction is an enjoyable Friday night watch when you’re looking to kill 90 minutes. It’s by far the best sci-fi offering Netflix has released recently, (I’m looking at you Cloverfield Paradox) and I’m glad that the streaming giant continues to pull in young talented directors, giving them a shot to produce interesting work that wouldn’t find a home anywhere else.