Enjoying its world premiere at the 2018 Toronto International Film Festival, Working Woman is a powerful statement in the midst of a movement that’s bringing to light events and voices that have gone unspoken and ignored for far too long. It precedes the notion of #timesup and #metoo by depicting a mother in crisis while also commenting on the often disgusting imbalance of power in a workplace setting.

Director Michal Aviad — who also helped pen the script — effuses every scene of Working Woman with sensitivity, despair and a righteousness that feels true and distinct. We’re introduced to Orna (played by the talented Liron Ben Shlush) a mother of three in search of work. Her husband’s restaurant has failed to take off in the way they hoped, and she feels extraordinarily lucky when she lands an assistant position with hotshot real estate bigwig Benny, played with smarmy panache by Menashe Noy.

What starts out as a decent gig with a seemingly charming boss, quickly devolves into a male power fantasy where Orna’s advancement is tied to Benny’s unwanted advances. Orna feels stuck, the money is good and well…he’s harmless yeah? It’s this rock-and-a-hard-place situation that causes her to ignore his grossness until she can’t any longer. Orna’s eventual turn and her “fuck this” attitude is a shift that takes place throughout the film. 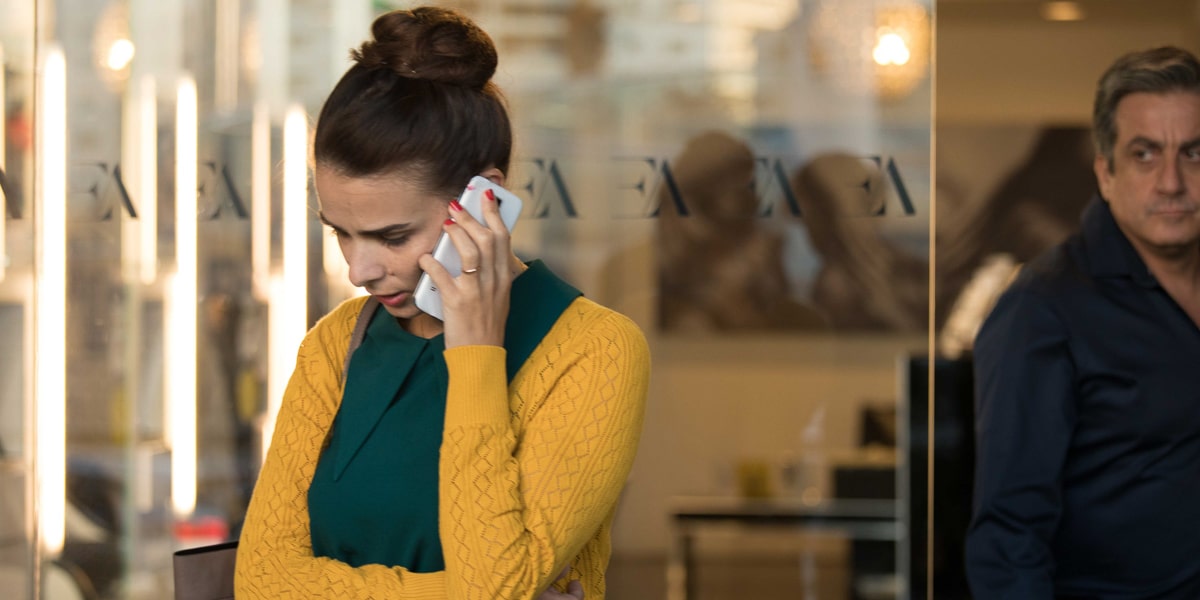 Working Woman feels sun-kissed and beautiful. The overexposed look gives an ethereal feel to the proceedings as if this couldn’t actually be happening, no boss could be this ignorant. Unfortunately though, it’s a narrative that’s become all too common, as we’ve come to see in the past 18 months, and one that’s never really gone away.

What I thought Working Woman nailed completely was the weight of the decision that Orna has to make. Sometimes in bigger Hollywood depictions of this sort, the decision to push back against a situation like this is viewed as triumphant and wholly steadfast; there’s never any indecision or panic directed towards the road the protagonist has decided to go down. Working Woman sits right in this. We see Orna face the situation with a practicality that’s sobering: can she continue with this abuse? If only to provide for her kids? And for a while, she does, second guessing herself every step of the way.

And when the truth does come out, her husband isn’t entirely sympathetic to her plight, despite him being portrayed as an honest father and loving husband by Oshri Cohen. Of course he wants to protect his wife, hurt the man that hurt her. But we also see him struggle, asking “why didn’t you punch him or run away?” at one point when Orna relays what’s been happening.

Working Woman isn’t full of flawed characters battling with faults the script has assigned them. Instead each character feels organic and human, reacting largely the way we’ve seen time and time again from women who do eventually come forward: with confusion, guilt and a sense of betrayal towards a system that’s supposed to protect them.

I love the fact that there isn’t really a score to the film, music is used sparingly in key scenes to provide cues to the audience. And as we progress with Orna throughout the film the music distinctly changes as well, ending with a strong but subtle electronic score as the credits roll.

Working Woman is one of my favourites that I’ve had the good fortune to see this year at TIFF, if only for the simple reason that it tells an honest story with the guts to explore a narrative, that for many people, will hit very close to home.