British director Tom Harper’s Wild Rose enjoyed a standing ovation at its World Premiere at the 2018 Toronto International Film Festival. His latest feature is an inspiring tale of one woman’s transformation from self-centred felon to adored motherly musical maven.

We first meet Rose-Lynn (Jessie Buckley) the moment she’s being released from prison. After having an ankle monitor strapped to her leg she slides on a pair of cowboy boots and and re-enters the grey world of Glasgow. Her first stop that morning is a visit to her day-drunk boyfriend who proceeds to have wild sex with her on his front lawn. Afterwards she pays a visit to her mother (played with perfection by Julie Walters) where we are introduced to her two young children. Based on their unenthusiastic expressions it’s obvious they aren’t very fond of their self-centred mother. And who can blame them? 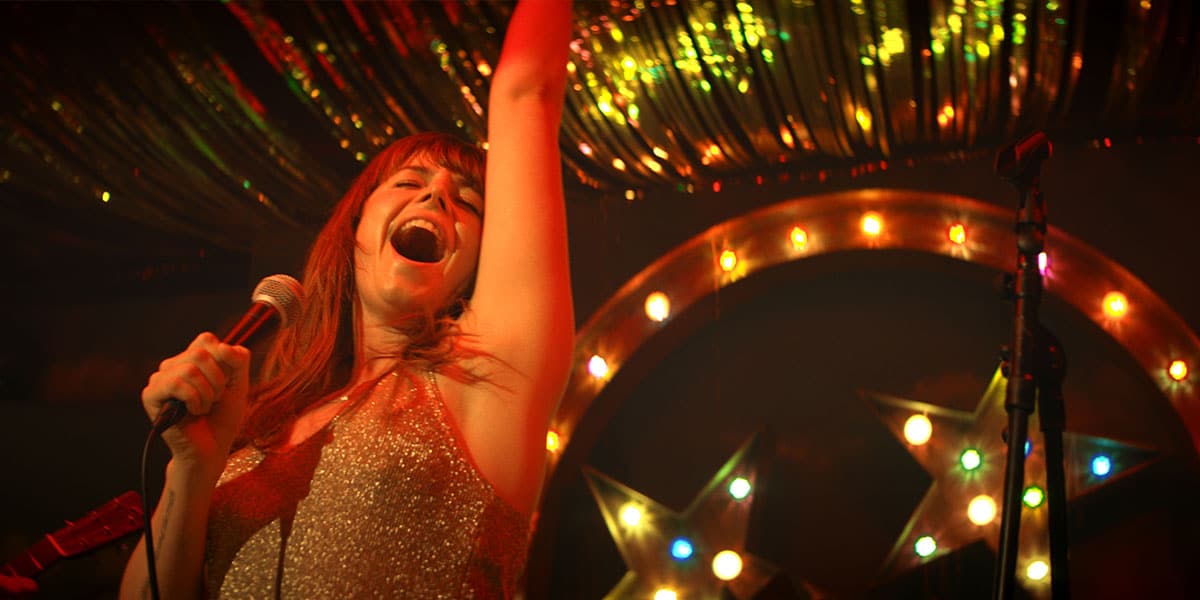 Rose-Lynn has dreamt of becoming a country music star since she was a little girl. We first encounter her unhinged temper when she has an unhinged tantrum after her mother dismisses her plan to save up money to try and make it big on the Nashville music scene. At first glance Rose-Lynn looks like a trainwreck, but we slowly warm up to her as we witness her limitless gumption transform from the inside out.

Soon after returning home Rose-Lynn lands a minimum wage job as a housekeeper for a fabulously wealthy family, run by soft spoken Susannah (Sophie Okonedo). After catching her singing while sweeping, Susannah’s kids quickly become her biggest fans and Susannah her enthusiastic patron.

The problem is she’s forced to live a double life. By day she tidies up after two prim and proper kids whose mother is certain she could be a star. By night she finds herself constantly fighting with a mother, who wants her to abandon her dreams and start taking responsibility for her life by being the grownup her kids need her to be.

While the films subject matter is often serious (heroin smuggling, alcohol addiction, and mental health issues abound), the audience is offered plenty of smiles thanks to a witty tight script and foot-stomping Country Music score.

Wild Rose is a true tearjerker, demonstrating how ones past sins can be overcome with hard work and resilience. Rose-Lynn’s story is a reminder that taking responsibility for your life doesn’t mean you have to give up hope. And that more often than not, when chasing our dreams, we often realize we’ve been living them all along.