McQueen’s return to the festival was hotly anticipated by critics, with programmers screening Widows simultaneously in two massive theatres. Press and industry formed a line long before the cinema even opened its doors. Moments before the lights dimmed writers could be seen sitting on the staircase, desperate to watch the Academy Award winning director’s freshest film. 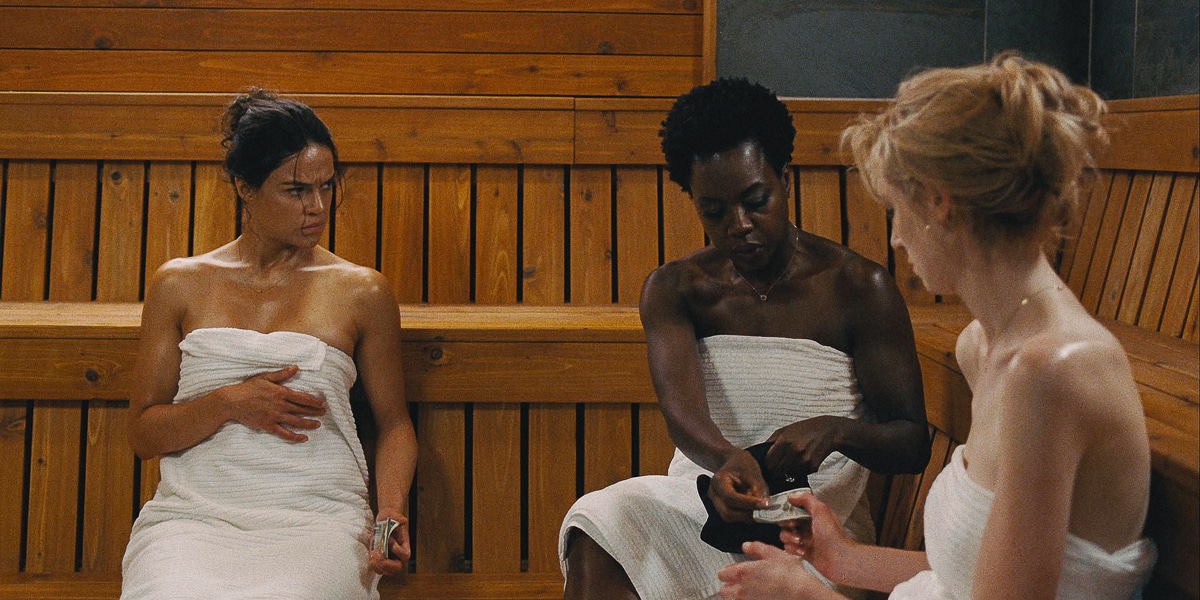 McQueen’s Widows is inspired by a British TV show from the 1980s, which he co-wrote with Gone Girl’s Gillian Flynn. His white-knuckle thriller follows the lives of four women left in a deadly lurch when their criminally connected husbands are killed.

Veronica (Viola Davis) lives an idyllic life in a luxurious condo in Chicago with her partner, Rawlins (Liam Neeson). Rawlins bought their cushy life by robbing people, so when a job with his gang goes fatally wrong, Veronica’s life falls to pieces. If the death of her loving partner wasn’t traumatic enough, Veronica is threatened by a local crime lord, giving her just one month to pay off her husband’s debt.

Veronica has been left with nothing of value in the wake of his funeral, other than a notebook which he used to scheme each job. She gathers her gumption and rounds up the three other women who’ve recently been widowed and schemes a masterplan so they can all get their lives back.

Widows is without a doubt one of the top films of the year, thanks to its spellbinding script and cast of powerful female characters. While the master planner protagonist written into heist films over the years have largely featured brawny men, Widows offers audiences a breath of fresh air. In Widows we witness a diverse team of desperate women (African American, Latina, and Polish) who put their heads together to prove anything is possible.

McQueen tells this edge-of-your-seat tale with plenty of unexpected twists and turns, but it’s Widows timely spotlight on political corruption, racism, misogyny, and poverty that will have audiences around the world cheering the wide-eyed widows until the films shocking end.