It’s very easy for a film about Alzheimer’s to coast on the merit of its subject matter when it comes to having something to say. Thankfully, What They Had, which had its World Premiere at the 2018 Toronto International Film Festival, justifies it’s emotional narrative device by exploring the complexities of the family unit through a lens that feels both universal and heartbreaking.

The matriarch of the Ertz family—dealing with late-stage Alzheimer’s—has wandered off in the middle of the night. She’s safe, but something needs to change. It’s this news and ultimatum that wakes Hilary Swank’s Bridget; a late night phone call from her brother (the grumpy Michael Shannon) brings her on a trip home to New York to visit her mother Ruth, played wonderfully by Blythe Danner. 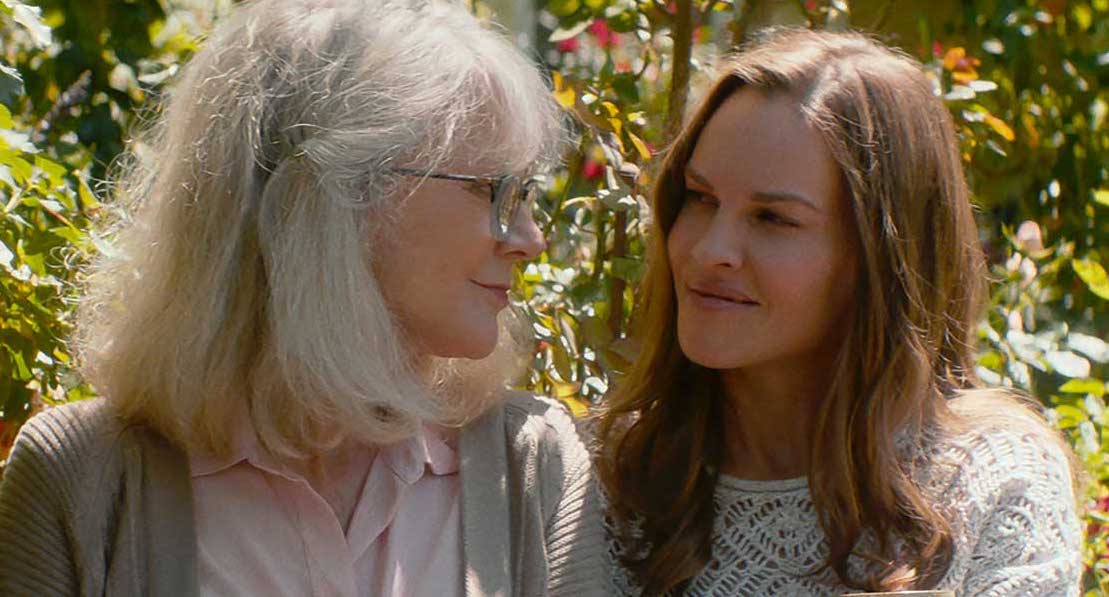 Until the reunion with his sister, Shannon’s Nick had been helping take care of their mother while barely holding onto the bar he’s poured his life savings into. As Bridget returns to New York, the cracks in her seemingly happy Californian life begin to appear. As the pair try to convince their controlling father (played by the impeccable Robert Forster) that their mother needs to be in a home, old family wounds come to light, setting up the main narrative force of the film.

A lot of the family lore is played out through the relationship with their father. The audience can tell things have always gone his way, and that the siblings lived under a loving but firm hand. There’s a great scene where, after years of never entering his bar, Forster shows up after a particularly nasty fight over placing Ruth in a home. He asks Nick to make him a Manhattan and gives him high praise. The look on Shannon’s face tells the whole story. It’s a great scene indicative of the entire film.

The tight writing and smart pacing elevates What They Had above above your average family drama, moving it into something more robust and noteworthy. Chomko’s writing allows every character in the film to struggle, and there’s a level of acceptance about their issues that feels realistic. Not everything is solved by the end of it’s 1h 40m runtime and that’s okay, it’s not supposed to be. This acknowledgement coupled with some really strong performances, including Swank’s daughter played by

Actress Elizabeth Chomko makes her debut as both a writer and director with What They Had. By managing to both step back and serve the actors and their dialogue while displaying impressive technical ability, Chomko infuses the film with equal parts hilarity and solemnity .

One of the really awesome things Chomko utilizes throughout What They Had is music. There’s a few pivotal points where she’ll fade out the dialogue in favour of a song or the score while maintaining action in the scene. It’s very clear what’s going on whether it be an argument or something else, but the viewer has to rely on the body language of the characters in order to relate to what’s happening on screen. This little technique made those scenes feel much more personal than if Chomko let them play out normally.

What They Had feels like a film that actors are excited to be apart of. Because despite the tough subject matter I get the feeling that the entire (very small) cast had an incredible time working together.