Some people lie to spare someone’s feelings, some lie to improve their public image. Then there are those who seem to lie for the sheer joy and challenge of it, and Theatre Français de Toronto’s production of Le Menteur features a big-league liar of the latter variety. There is hardly an honest moment in this broad comedy, but the results are great fun.

Dorante (Nico Racicot), a young graduate who has just arrived in Paris, encounters and is immediately captivated by a woman named Clarice (Valerie Descheneaux) and his infatuation seems to unlock a gift for tall tales. A mix-up involving the name of his conquest leads him down a tangled path of stories told to her, to his friends, and even his father- who already has a woman in mind for him to marry. As his web becomes more complex and his tales more outrageous, we see him start to lose himself with the new twists and the ever-growing threat of being exposed. By the end, no one- not even Dorante himself- seems to remember what the point of all the lies were in the first place. 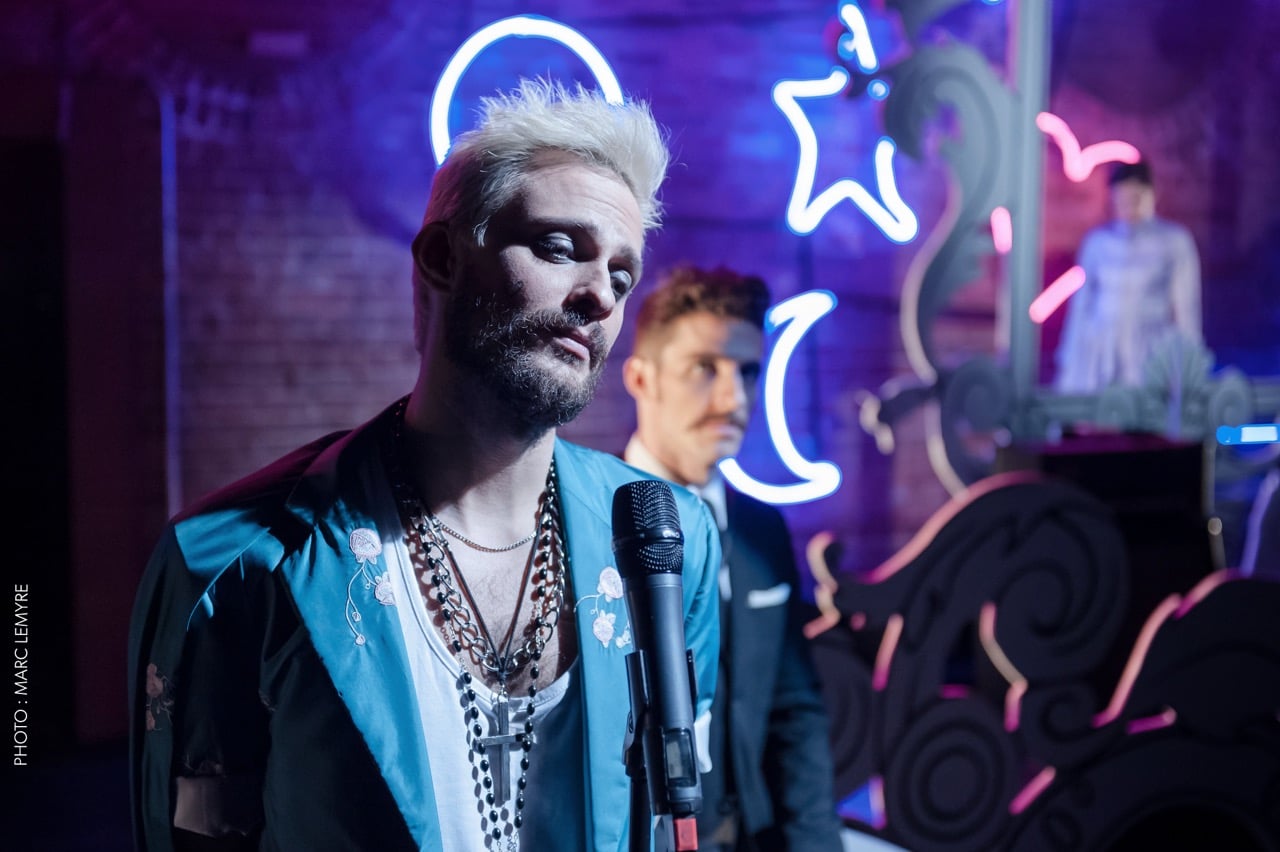 There is no redemption for his character, though- this is not a morality tale. The play is one of only a few comedies written by seventeenth-century dramatist Pierre Corneille, who mainly dealt in tragedy. Although the action is certainly funny, we can also trace tragic elements in a protagonist who is so firmly trapped by his own deceptions that he cannot even be sure he’s getting what he wants. Meanwhile, the other characters are not immune to bending the truth for their own ends, a layer that explores how truth-telling is more of a spectrum than a cut-and-dried virtue. It is in this ambiguity that the fun can be found, and the production finds every opportunity to draw us into the lighter aspects of this baroque piece.

As the eponymous liar Dorante, Nico Racicot revels in his character’s dramatic mendacity; he sweeps across the stage in a flashy teal suit and matching half-cape, delivering his speeches with flourish. His servant is played by Francois Macdonald, whose gift for physical comedy serves him well as he reacts ever more incredulously to the lies of his boss. The entire cast performs the humour and the detailed physical business beautifully, including the dynamic scene transitions and bits of background comedy. Inka Malovic is a scene-stealer in her dual roles; in one scene, the passion between her servant character and Macdonald’s reaches a distracting but wordless fever pitch behind the main action and provides one of the night’s biggest laughs. 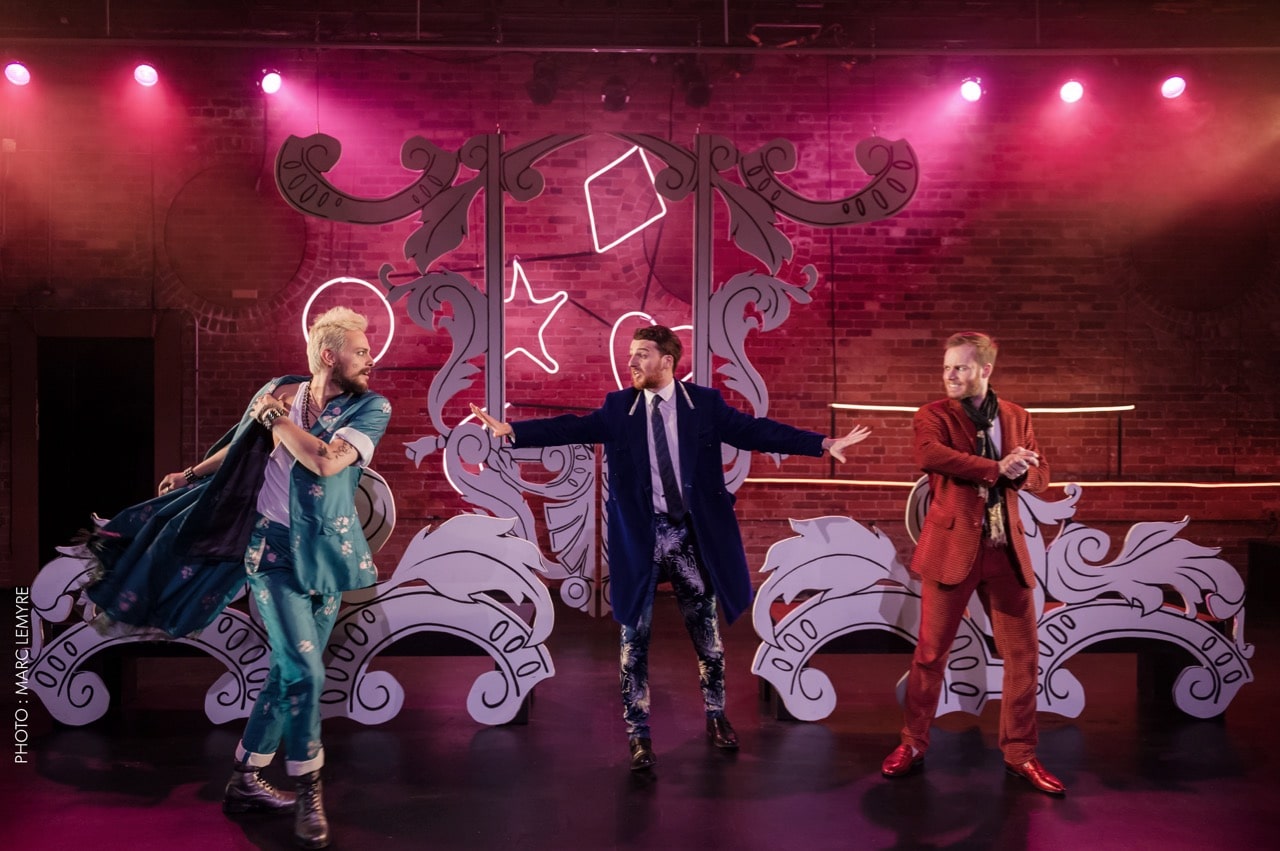 Beddows’ direction is inventive and energetic, balancing the multiple characters and plot threads smoothly. While the script reflects the sensibilities of 16th-century Paris, the production avoids the feeling of a period piece thanks to the simple but vibrant costume and set design. As the audience enters, the cast is already onstage, moving slowly behind translucent curtains that suggest the ways in which lies can conceal even while appearing to reveal.

Although the play is performed in French, English speakers can follow along with surtitles displayed on two over-the-stage screens. You may find yourself drifting from the translations, though, and seduced more by the rhythms and performances rather than the plot itself. After all, the lies are so impressive in French or any other language, you may not care what they really mean. 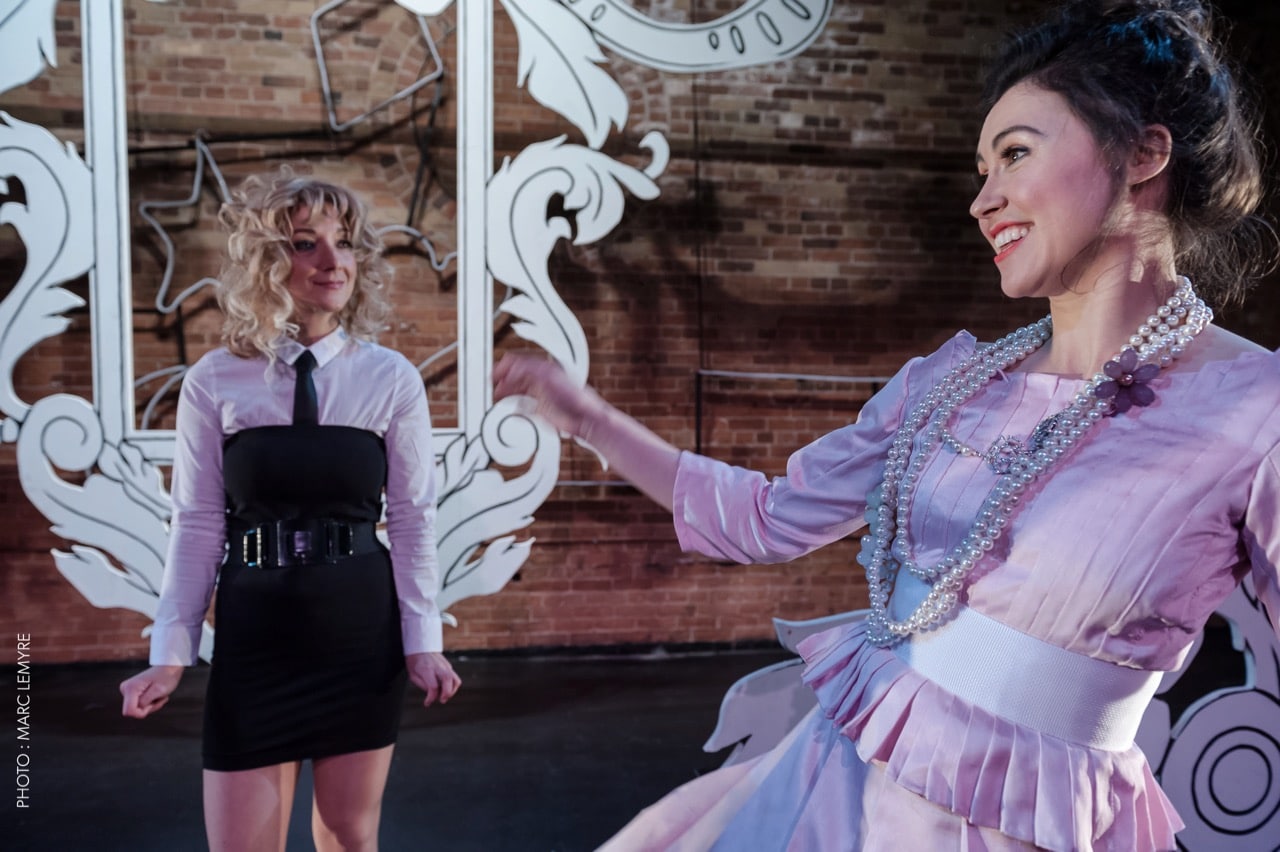