Hulk Hogan, Stone Cold Steve Austin, The Rock – these are the world’s most famous pro wrestlers. They produced multiple generations of young fans eager to practice the moves they saw on TV with their friends and family. My brothers and I were amongst those fans though our rise to wrestling fame was cut short when my parents discovered we were attempting piledrivers off the couch so they banned us from watching. My younger brother has since regained the interest and travels the province to watch professional and amateur wrestling when he can. There’s something about the characters, costumes and theatrics that draw people in and created a special place in their hearts well into adulthood. 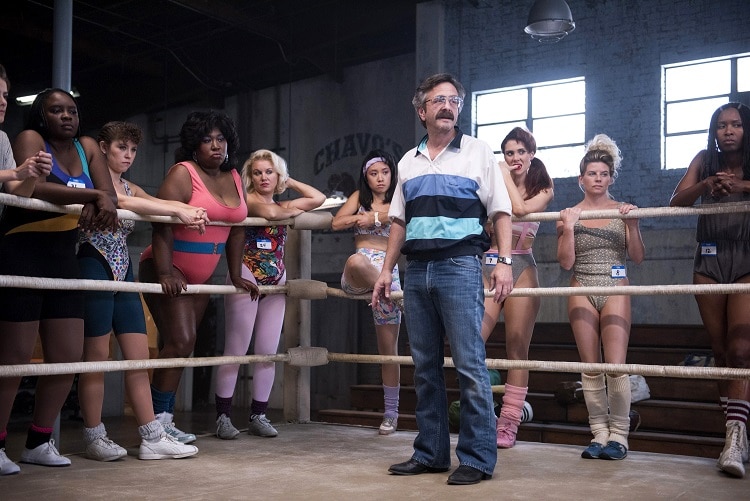 A little less familiar but no less deserving are names like Mt. Fiji, Matilda the Hun, Little Egypt, and Hollywood. These are just some of the many women that made up the cast of Gorgeous Ladies Of Wrestling, an all-female wrestling league in the late ’80s. They’re also the inspiration for Netflix’s soon to be latest hit, GLOW. Netflix’s GLOW tells the fictional story of Ruth Wilder, a struggling actress in 1980s Los Angeles who finds one last chance for stardom when she’s thrust into the glitter and spandex world of women’s wrestling. In addition to working with 12 Hollywood misfits, Ruth also has to compete with Debbie Eagan, a former soap actress who left the business to have a baby, only to be sucked back into work when her picture perfect life is not what it seems. 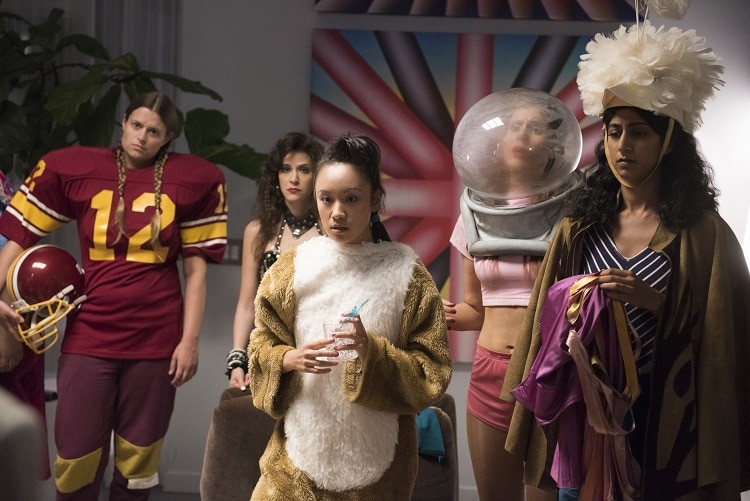 This show is so great that words don’t do it justice. There’s so much to enjoy in the series. The casting is perfectly diverse, allowing each actor to add to the show’s success. The main characters are strong women, taking ownership of their future, and so very funny. The writing is solid and the soundtrack a delightful reminder of my late childhood. I was a little disappointed that the episodes were only 30 minutes in length but to be honest, each episode felt like a satisfying full hour. I’m excited to see where the show goes in the second season and I hope we’ll get to see more of the back stories of the different characters, as they do in Orange Is The New Black. 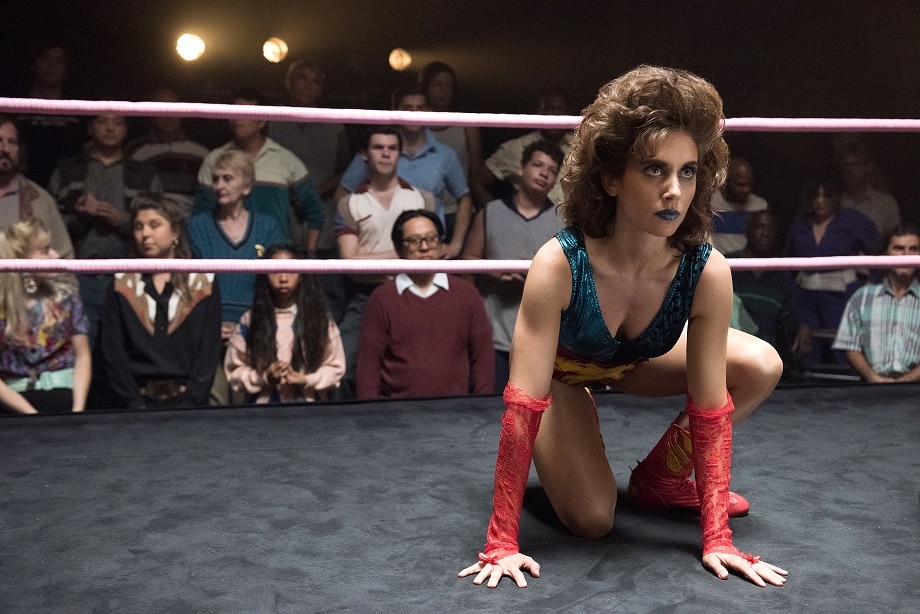 Once you’ve finished binging the 10 episodes (which come out today), I know you’ll be left wanting more but don’t worry. While you’re waiting for the sure-to-be-announced Season 2, Netflix has you covered. GLOW: The Story of the Gorgeous Ladies of Wrestling is a much-watch documentary that looks at the real life rise and fall of the first ever all-female wrestling show through the stories of the women that lived it.

If you liked the following then GLOW might be for you: