Enjoying its world premiere at the 2018 Toronto International Film Festival, The Biggest Little Farm is a breathtaking cinematic feast that will have food and farm lovers swooning.

Shot over the course of eight years, The Biggest Little Farm follows filmmaker John Chester and his wife Molly, a culinary writer, as they trade city life in LA to start their own farm on a stretch of deserted land.

John documents every aspect of their epic agricultural endeavour, capturing the raw beauty of Apricot Lane Farms as it grows from barren landscape to a lush agricultural paradise. He painstakingly captures their trials and tribulations, offering audiences an up-close-and-personal look at the challenges in managing an organic farm that thrives on harmony and biodiversity. 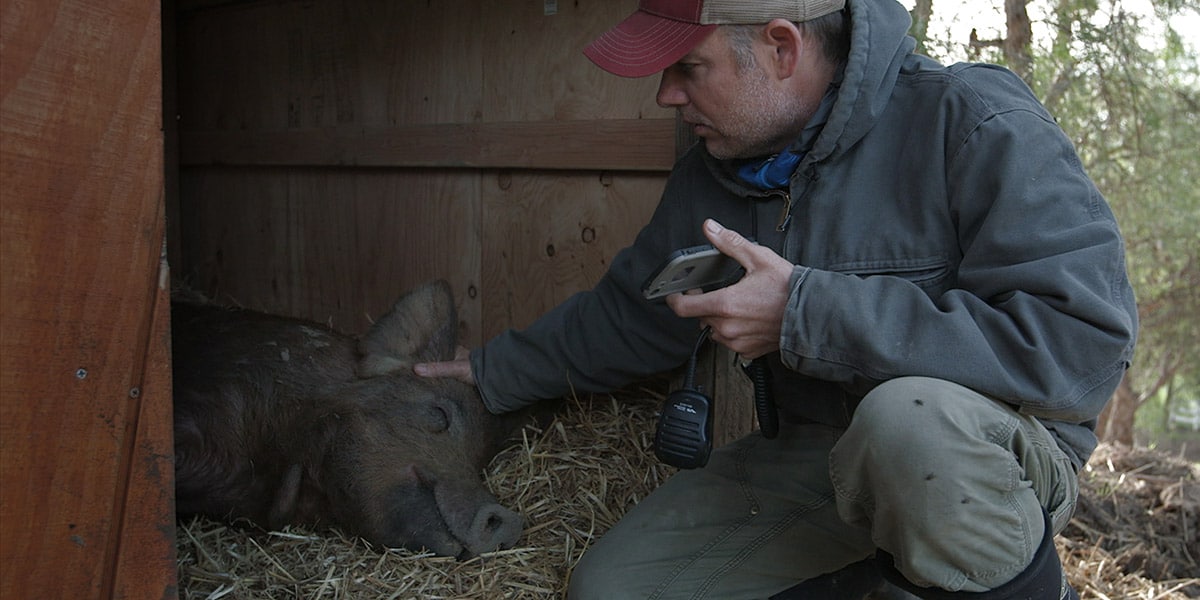 As newbie farmers, John and Molly hire a consultant, Alan York, who envisions a utopian farm concept where diverse crops and livestock find their way into “the circle of life.” Alan cautions that it will take seven years before the farm realizes its full potential.

The audience joins the couple, year after year, as they face obstacles everywhere they turn: coyotes, insects, bad weather, and disease. While most farmers would respond by using pesticides, extermination, and mono-cultured crops, these city-slickin farmers dig in their heels, steadfast in their commitment to working with nature rather than against it. One can only imagine how tricky it was for John to both document the farms everyday challenges while living out each crisis in real time in front of the lens.

Jaws drop as we watch hummingbird’s and bees fluttering in slow motion, warmth of the early morning sun splashing across a parade of hungry piglets, and grandiose aerial shots that tie each of the farm’s residents into a tale as timeless as Charlotte’s Web. While The Biggest Little Farms’ stellar cinematography is reminiscent of Planet Earth and National Geographic, it’s the docs curious cast of characters that leave a lasting impression.

John captures the intimate relationship farmers can have with their livestock when they take the time to understand their passion and purpose on an emotional level. The best example is their beloved pregnant hog, who falls into a deep depression when her piglets are taken from her. She develops a touching bond with an ostracized rooster, hilariously proving that unexpected relationships can form even in a muddy pen.

The Biggest Little Farm is perhaps most important to urban audiences, offering an essential confrontation on how our food is grown. It’s an honest adventure that showcases the cycle of life and death, a must-see for families, full of suspense and emotion that will leave you holding back tears of joy.