Enjoying its world premiere at the 2018 Toronto International Film Festival, Green Book is a surprisingly successful drama from writer/director Peter Farrelly, better known for crafting comedies like Dumb and Dumber, There’s Something About Mary, and Shallow Hal.

Farrelly teams up with Academy Award-winning actors Mahershala Ali (Moonlight) and Viggo Mortensen (Eastern Promises) to share a touching true story of a working-class Italian-American bouncer who takes a job chauffeuring an African American classical pianist across the American South in the 1960s. 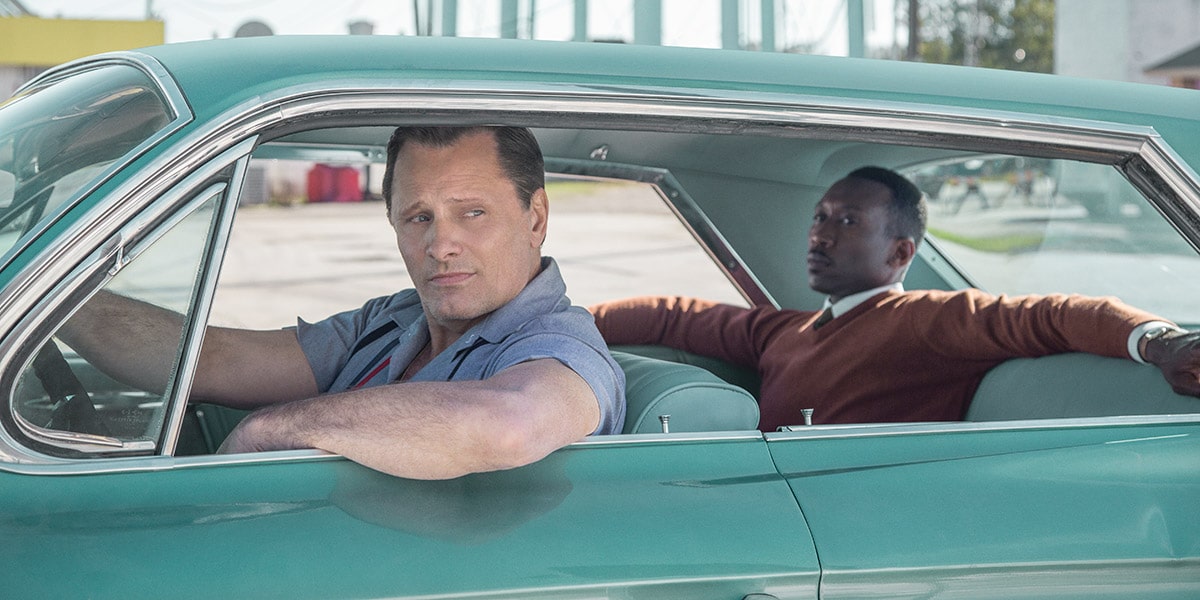 When Tony “Lip” Vallelonga (Viggo Mortensen) is laid off work at the Copacabana in New York for two months due to renovations he’s left scrambling to find a job. When celebrated New York musician Don Shirley (Mahershala Ali) must hire an assistant to drive him on a concert tour through America’s segregated Southern states because he is unable to travel safely on his own…the most unlikely friendship is bound to bloom.

Born into a Jamaican immigrant family, Shirley borrowed from a wealth of musical influences to create his own style, blending jazz, spirituals, and European classics. Snatched up in Florida as a promising young boy, Shirley was schooled in Europe where he became one of the world’s most celebrated pianists. He carries himself like a king, sitting on a throne in his opulent apartment (located above NYC’s iconic Carnegie Hall), wearing dapper suits and ornate West African robes, and speaking perfectly posh English.

Having grown up among the upper crust on the other side of the pond, Shirley is not prepared for the brutal bigotry of his time. The unlikely pair set off on a cross-country road trip and along the way utilize the Negro Motorist Green Book, a guide that recommends safe hotels and restaurants in the segregated South.

Green Books most memorable moments are wrapped up in the prejudice both characters encounter together. Tony is first shocked when he learns his boss has never heard of Aretha Franklin or eaten fried chicken. As the duo travel further into America’s South Tony experiences racism first hand, quickly realizing a world of inequality abounds: officers lock them up without just cause, tailors refuse to sell them suits, a wealthy host insists his guest of honour use an outhouse, a hillbilly gang get aggressive at a local bar, and moments before their final show (a Christmas Eve service at a posh hotel in Alabama) the properties manager refuses to allow him to eat at their restaurant.

When police charge Shirley after an unexpected after-hours gay encounter at a YMCA, whatever’s left of Tony’s socially conditioned bigotry slips away. Green Book’s promises that even the most hardened hearts can transform, proving that the best way to evolve and show empathy is by walking a day in someone else’s shoes.