Learn to deal with the valley’s, the hills will take care of themselves. It’s a line Quincy Jones utters early on in the latest documentary on his life aptly titled Quincy, which enjoyed its world premiere at the 2018 Toronto International Film Festival. It’s a line easily construed or cliched amongst the hyper-cynical film critic community. But there’s a level of emotion and earnest sentiment when that it serves as the backbone for the entire two-hour runtime of Netflix’s latest documentary offering.

Co-written and directed by daughter Rashida Jones – six in all and one boy—Quincy is not only a reflection on a man’s personal and professional life, but for as someone who’s always been on the periphery of my musical knowledge, Quincy was a connection to so many things present in my life.

The film cuts back and forth between present day (ending in 2016) and a chronological retelling of his endeavours, narrated by Jones and beginning with his birth in 1933. Even just from a historical perspective, Quincy is a fascinating documentary. Having played with almost-all the notable jazz figures from the 30s onwards, Jones offers anecdotes about them all that are hilarious and touching. 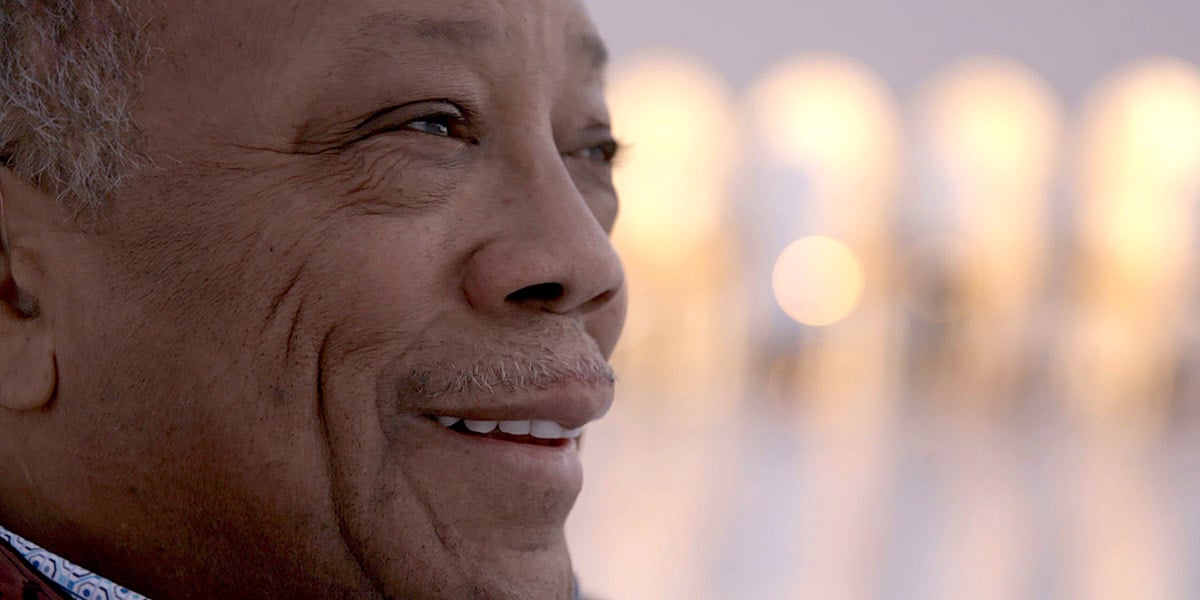 The unprecedented access and behind the scenes perspective puts the highs and lows on full display. Jones providing commentary to the various headlines we’ve seen throughout his career are fascinating. There’s the big moments: his relationship with MJ and the experience of producing Thriller, but it’s the quiet moments that penetrate deeper. The various failed relationships, that on the outside seemed like celebrity personified, are given a warmth and lumination that reminds you Quincy Jones was equally a revered and flawed human being.

The soundtrack is quite obviously fantastic. With Jones serving as soundtrack supervisor, it’s a collection of his work and contemporaries of the time, shifting sonical decades as the narrative reflection moves along. You also get the perspective of Jones’ large family—a teenage Rashida makes an appearance, speaking about her father—and the duality of icon status is mirrored here as well.

I think the best thing co-director Alan Hicks and Jones manage to capture is Jones’ lifetime love of music. Everything circles back to the integral role it’s represented from childhood. There is a narrative through-line, a build-up to his work with the National Museum of African American History and Culture but the film is liberal in its tangents and diversions.

Rashida Jones’ relationship with Netflix continues to prove fruitful as Quincy is a fascinating inside look on a pop culture figure that everyone has their own history with. Spanning multiple decades and the literal who’s-who’s of musical history for the past 60 years, Netflix has knocked it out of the park with this one and makes for a perfect afternoon viewing.