Without doubt, the Power Ball is one of Toronto’s top fetes of the year. Bringing art, food, music, a free tattoo or two, plus outrageous outfits together for one sweaty eve, this brash bash is a merry-go-round of fun. Which is why, surely, they bestowed a Carousel theme upon this year’s soiree.

In years past the theme was slightly less accessible (nobody seemed to snap onto a Warholesque 15-minutes-of-fame concept), but the idea of a mad carnival got minds a ticking. Showgirl-style striped frocks, plenty of rainbow sequins, gigantic chapeaus, plumed headpieces, tufts of tulle and shimmering saris were all spotted on partygoers. But more about the art. 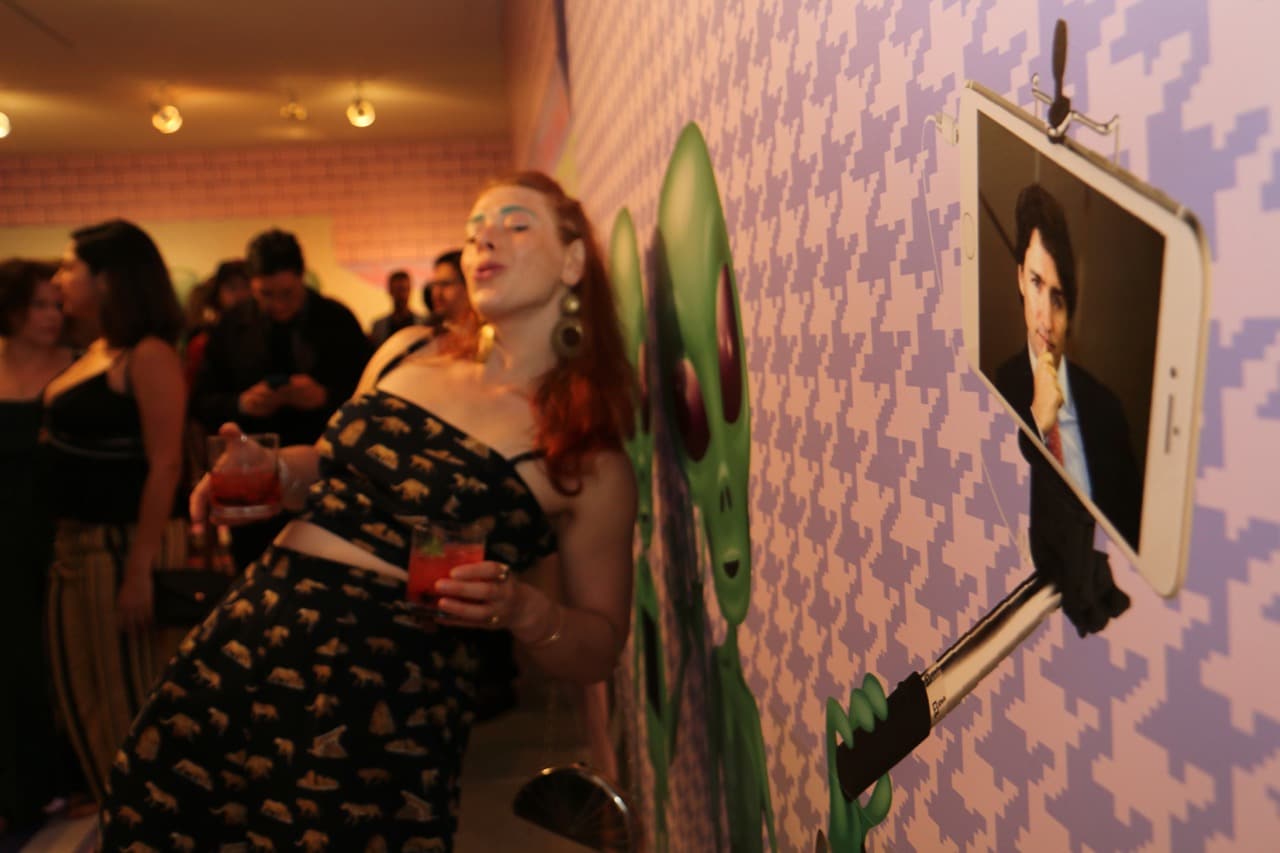 In honour of the 20th year of the fundraiser (phew!) The Power Plant Art Gallery pulled out all the stops. Four artists who just happen to be female took over different areas in the sprawling space. We spotted artsy types like the Drake Hotel’s curator Mia Nielsen and Rajni Perrera (who just did the first solo artist takeover of the Mini Bar) taking it all in alongside society’s Jana Webb and Joan Kelley Walker, both former T.O. Real Housewives.

One room featured a trippy video installation by artist Jennifer Steincamp, with giant pulsating fruits that basically spelled out S-E-X to onlookers. Another far creepier corner of the party was more horror movie set, centred around a depressively made-up clown sat ominously in front of a mirror decorated with balloons. Shudder. Meanwhile, stepping into Dominique Petrin’s multicoloured room was akin to setting foot in a 80s video game set complete with classic green aliens 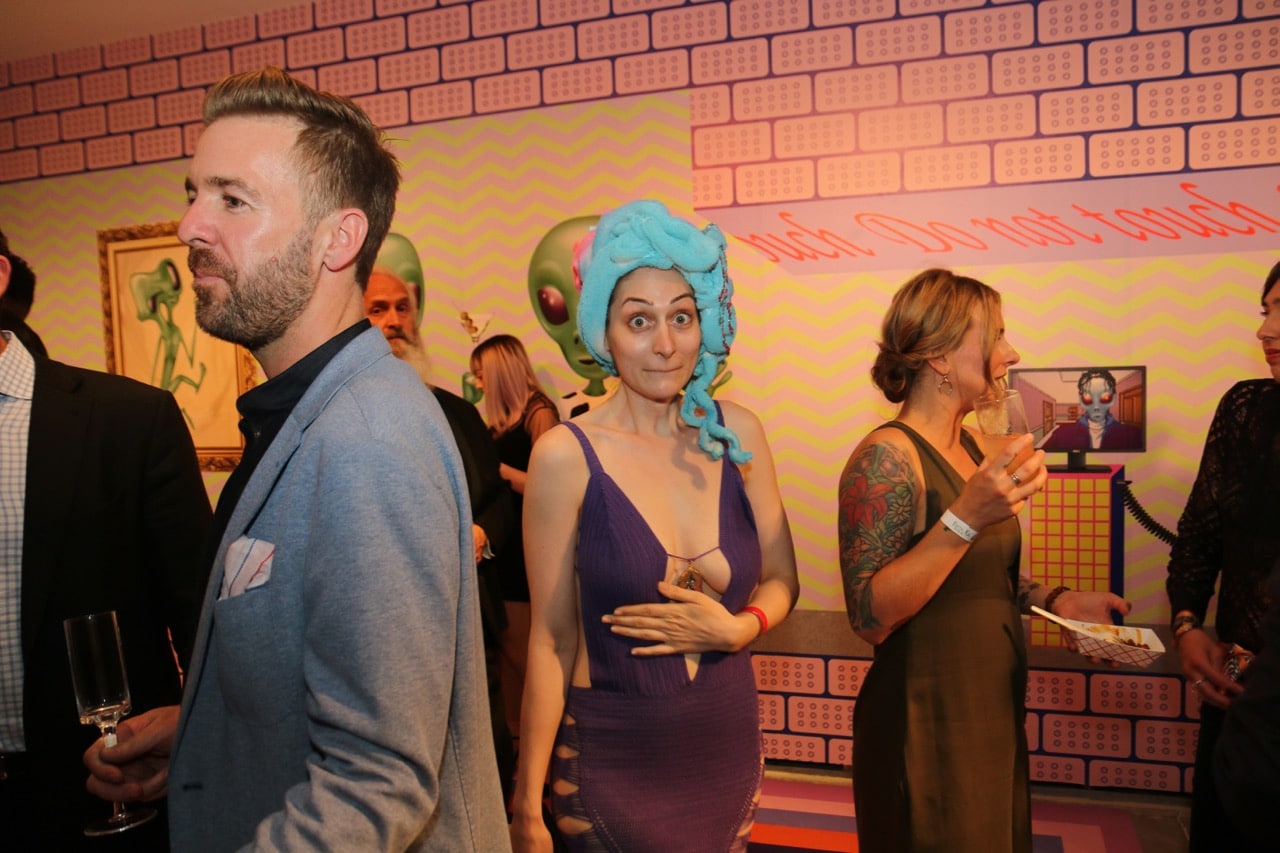 Foodwise, boxes and boxes of Krispy Kreme doughnuts — an installation, if you will — started things off on a super sweet note. Dapper oyster shuckin’ ladies shucked mollusks on the fly, fancy ice pops were had and candy balloons were blown up and then sucked back to the delight of all. Prosecco was sipped alongside cocktails named Blue and Red. The best event of the night may have been restaurateur-slash-chocolatier Brandon Olsen and his CXBO fairway game. Guests hurled a ball at a wall of his artful chocolate eggs, hoping to smash one and reap the rewards (a prize of the delicious crushed chocolate). Everything was camera bait and people were shameless. Wonderful. 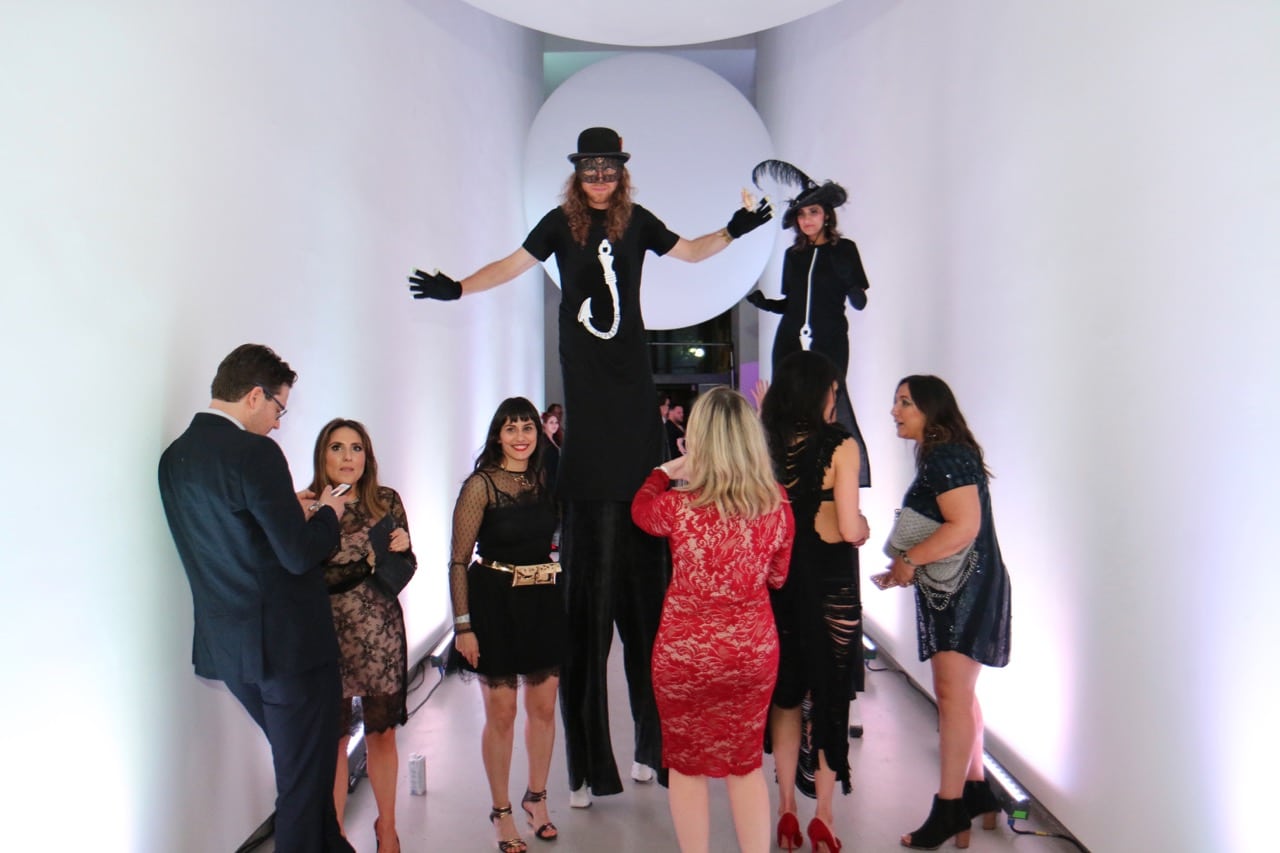 After a rain-drenched moment the weather behaved and guests partied outside while tossing back from Smoke Signals’ brisket sammies and Kungfu Dawg’s fancy pogo sticks before popping themselves into Anna Rewakowicz’s giant plastic bubble installation. A clutch of people breathing in a see-through globe? Definitely not for the claustrophobic. (Do note that the keeper of the bubble was very insistent that guests not step on the tube supplying air to the see-through globe. Phew!) There were also, yes, those aforementioned freebie tats from Ink & Water Tattoos plus a couple of folks on stilts roaming the crowd to really add to that carnivalesque atmosphere. All in all the eve was one of the best Power Ball bashes to date. Until next year!