Enjoying its International Premiere at the 2018 Toronto International Film Festival, Destroyer wowed audiences thanks to a career defining performance by Nicole Kidman.

Kidman’s transformation as an alcohol abusing detective working the streets of Los Angeles immediately reminds me of Charlize Theron’s unforgettable performance in Monster. Director Karyn Kusama has ensured Kidman’s trademark Hollywood beauty fades away to grey by hiring a makeup artist that honestly captures the tole addiction can have on an exhausted body. 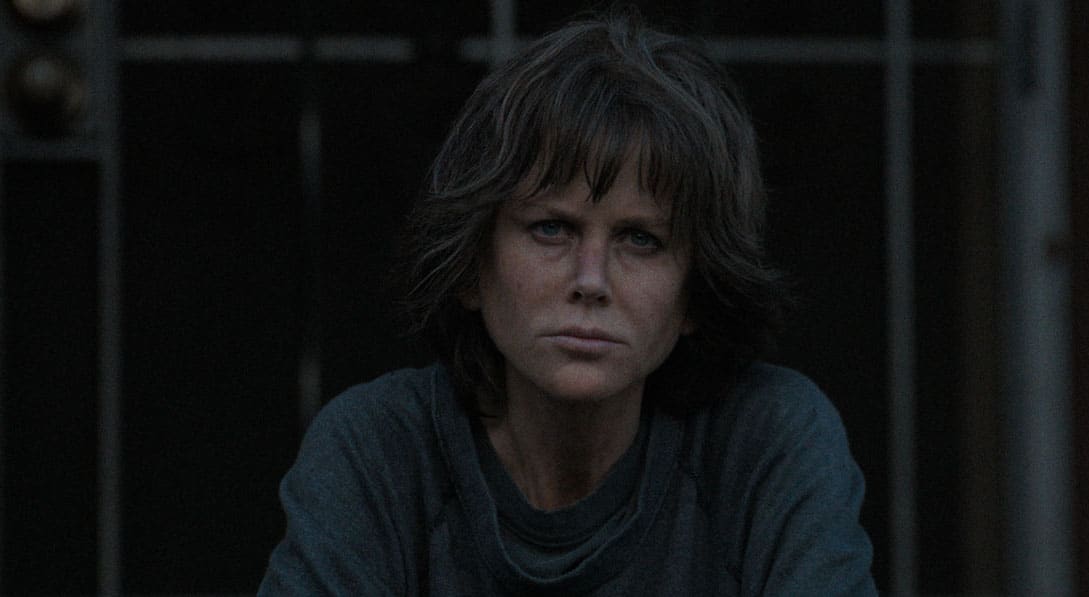 Kusama takes advantage of closeups, creating an intimacy with our rough around the edges protagonist, the scruffy Erin Bell. We see all of her imperfections up-close: dry chapped lips, pale chalky skin, and hollow eyes surrounded in shadows that offer a window to Bell’s tormented soul.

We first meet Bell as she staggers onto a murder scene and discover that the victim is connected to her painful past. Unlike most “bad cop” movies which are typically played by leading men, Kidman and Kusama throw a unique femininity into a genre that has for so long been dominated by toxic masculinity.

Kusama captures Bell’s story by offering flashbacks throughout the film. She slowly reveals Bell’s secrets and motivations by cutting back to when she was young, beautiful, and embarking on her first undercover assignment for the FBI. In these flashbacks we watch Bell, and her then partner, Chris, spend months secretly integrating themselves into a young gang of criminals.

We learn that Bell loses her love in a failed bank heist. Years later it’s evident she still blames herself for his death as her family, career, health are in a state of disarray. The story takes a turn as soon as we realize Bell’s tragic present is fuelled by a thirst for revenge. The cherry on this sundae is Destroyer’s nail-biting score, which so perfectly captures Bell’s hellbent drive to even the score.