As children, an imaginary friend can push creative boundaries and help explore the emotional connections the limited worldview given to a five year old. As we age these boundaries expand and our understanding of how the world works becomes refined and hemmed in. As hormones take over and the complexities of life begin to unravel at the foot of messy beds, we become shaped more by rules and codes of conduct than creativity and innocent wonder. The imaginary friend fades into the background, stuffed into a closet, relegated to brief moments of nostalgia.

But what if that childhood friend that only you could see, grew with you? Constantly feeding the imagination and nurturing your sense of magic and wonder. What if that imaginary friend isn’t tucked away in any closet, but literally lived underneath your bed? These questions and themes are exactly what Ashlie Corcoran’s Mustard tackles with laughter and tenderness aplomb. 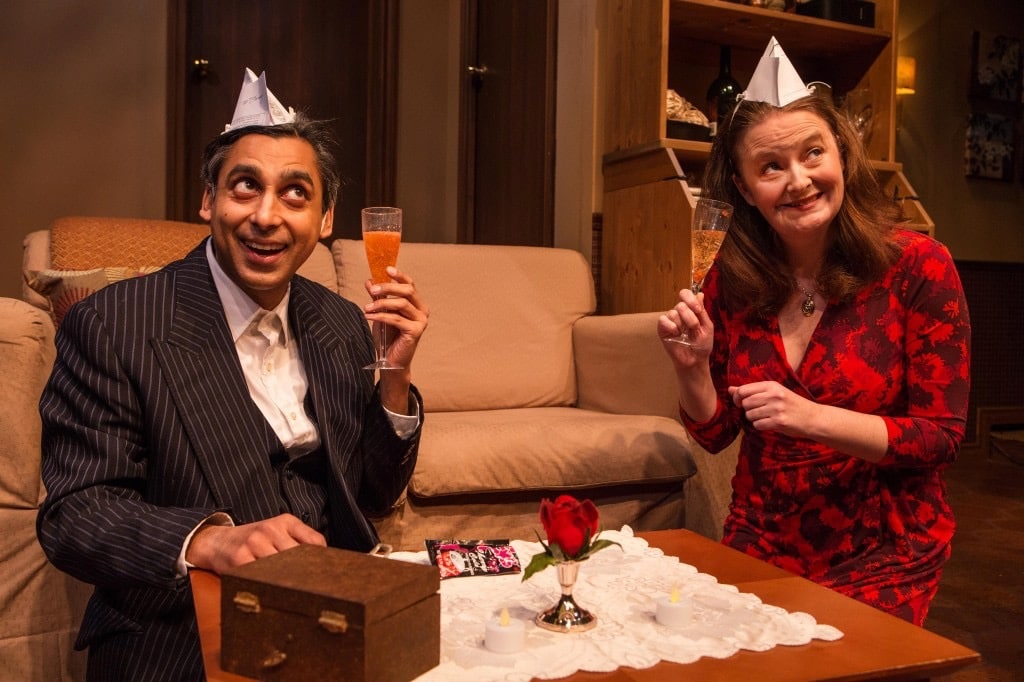 Mustard takes a fairly regular narrative of a rocky mother-daughter relationship, involving divorce, older boyfriends and general life chaos and manages to flip the proverbial table by adding in the imaginary friend aspect. In this case the imaginary friend is referred to as a “Boon,” and is attached to Thai, played by the absolutely fantastic Rebecca Liddiard. Liddiard brings a great mix of teenage turmoil to the proceedings but also a sense of profound maturity when it comes to the topics we don’t believe 16 year-olds are capable of managing.

Opposite her, Anand Rajaram portrays the titular role of Mustard, and works as the central backbone to the various relationships throughout the production. With the mind of a child living in a grown man’s body, Rajaram does a great job of balancing the silliness a child would encounter in using adult curse words, with trying to learn more about himself and trying to grow as a person both for himself and the women he loves. Rounding out the central relationship is Sarah Dodd as Thai’s mother Sadie. Sandler brings a world weariness that’s punctuated by a eternal desire in wanting to raise her child the best way she can. Without spoiling anything, the relationship that develops between her and Mustard is heartfelt and nuanced. Providing some great world building that I wasn’t expecting and filling out the rest of the cast are Conrad Coates, Travis Seeto and Tony Nappo as Leslie, Jay and Bug. Through dialogue they flesh out the world of Mustard far more than I was expecting and I left the play ruminating on what else could be done with the world everyone has brought to life. 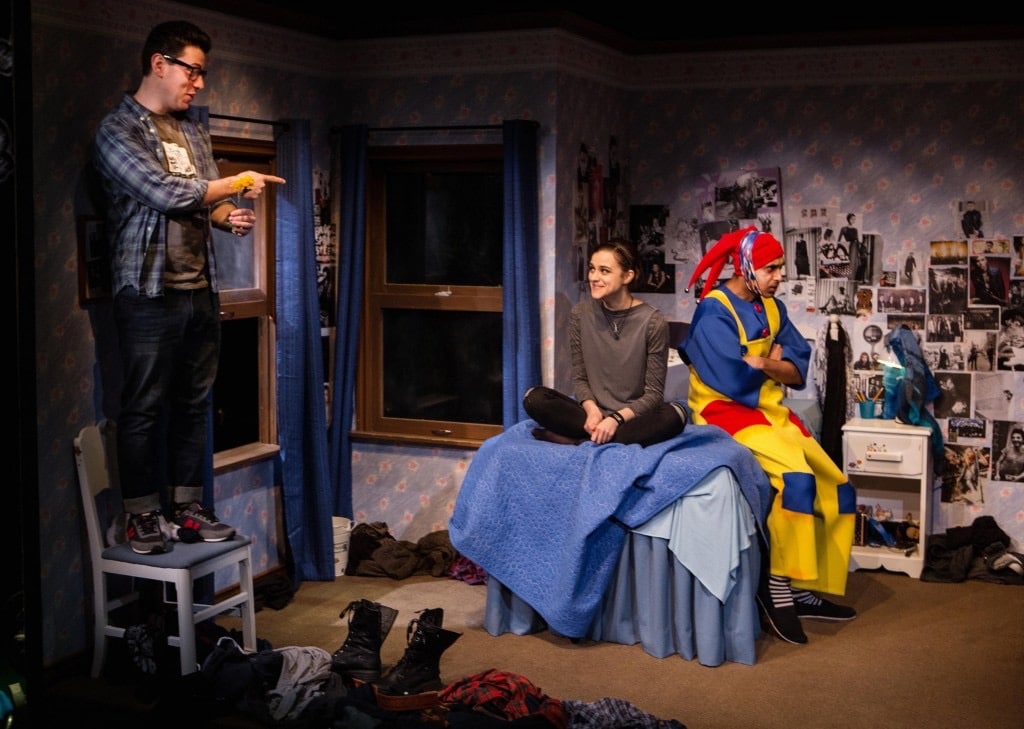 Mustard also displays terrific set design and a magnetic stage production. Utilizing the smaller Extra Space stage at the Tarragon theatre, Mustard is very intimate with the whole stage coming to life as the inside of Sadie and Thai’s home. The use of the stage was a welcome treat, with each character given thematic zones so to speak—Thai in her bedroom, Saide in the living room, Mustard under the bed—but no one character felt tied down. Each actor evolved with the space as the play moved at a brisk pace. It was interesting to see, the combination of these thematic anchors woven so well into the narrative of the play.

Mustard is currently playing at the Tarragon theatre running from January 4th until January 28th.