Enjoying its world premiere at the 2018 Toronto International Film Festival, The Public is the latest feature by Hollywood actor turned writer/director Emilio Estevez.

The film unfolds quietly at a Cincinnati library on a cold winter’s morning. Stuart (Emilo Estevez) and Myra (Jena Malone) can be seen doing their best to manage the daily challenges that librarians face day to day: knowledge seekers, retirees, young boisterous children, loiterers, the mentally ill, and homeless people. 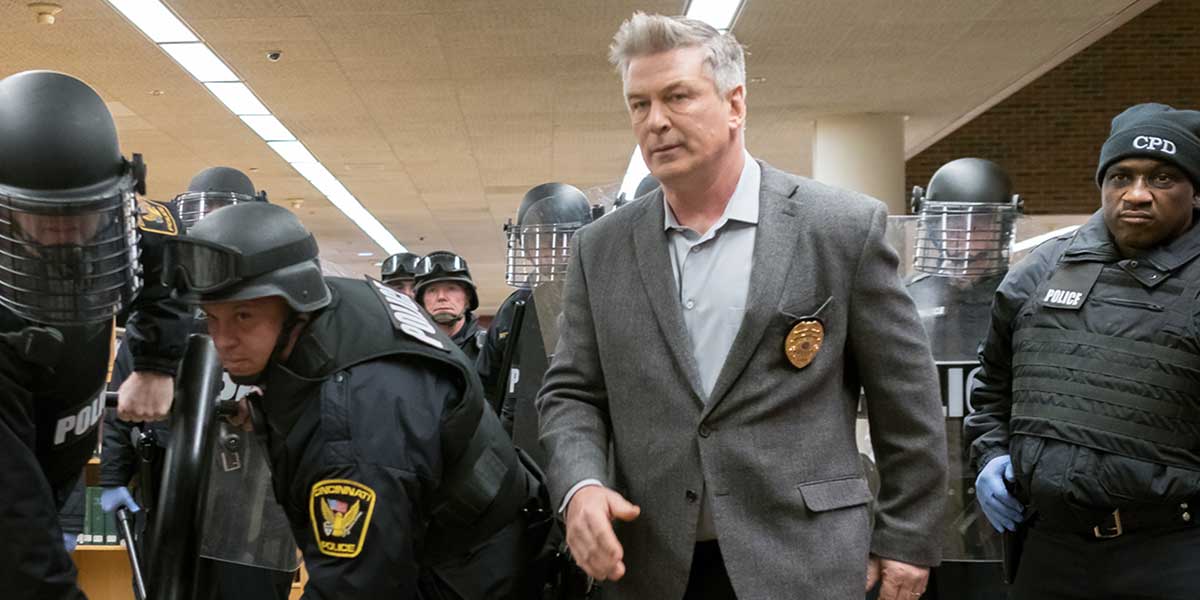 Eztevez does an excellent job at humanizing the plight of America’s often overlooked homeless community. In The Public, they’re the first in line each morning to enter the library and the last to leave. Spending their time inside accomplishing tasks that most of us take for granted, from shaving in the bathroom to sitting on a computer in an attempt to find a prospective love interest via online dating sites.

As the temperature dips dangerously low, the city’s homeless become increasingly worried about how they will survive another night on the street. Many of them ride the subway all night in an attempt to keep warm but not all of them are so lucky.

After a fellow member of Cincinnati’s homeless community is found dead one morning in front of the library, a group of desperate patrons decide to stage a sit-in. Their demand: immediately transform the library into a homeless shelter in the evenings so we have somewhere safe to sleep.

The situation quickly escalates when the group of peaceful protestors refuse to leave. They barricade themselves within the library alongside two library staff, Stuart (who we learn was once an addict and homeless himself) and Myra (a self described social justice advocate).

The films most poignant moments unravel as Stuart acts as a voice to the movement, communicating with Detective Ramstead (Alec Baldwin) and a sketchy politician running for mayor (Christian Slater) who are trying to act as crisis negotiators.

The Public is the sort of film you want to watch with your family and chat about endlessly on the drive home. The story pulls at heartstrings, showcasing how important it is to take care of the underprivileged in your community. Stuart’s love interest in the film (Taylor Schilling) asks what so many people in the modern age of digital media are thinking, “Do people even go to the library anymore?” The Public does an excellent job at celebrating librarians as heroes, and library’s as one of the last remaining safe public spaces where all people are treated equal.