Colette, the third film from English director Wash Westmoreland (Still Alice, The Last of Robin Hood) enjoyed its Canadian premiere at the 2018 Toronto International Film Festival. It’s a lavish period film exploring the backstory of the famous Claudine novels and their titular author who, as the audience comes to realize, was at the forefront of a queer feminist movement in 1900s Paris.

At the heart of the film is Colette, played with poise and vitriolic heroism by Keira Knightley. She begins as a spunky youth growing up in the french countryside, madly in love with with the roguish author known as Willy (The Wire’s Dominic West), in a way only youth allows – unabashedly and without restraint. Despite an age gap, they quickly marry and move to Paris proper, where she becomes inducted into Willy’s ghostwriting mill, which includes a plethora of other writers pumping out work under his name. 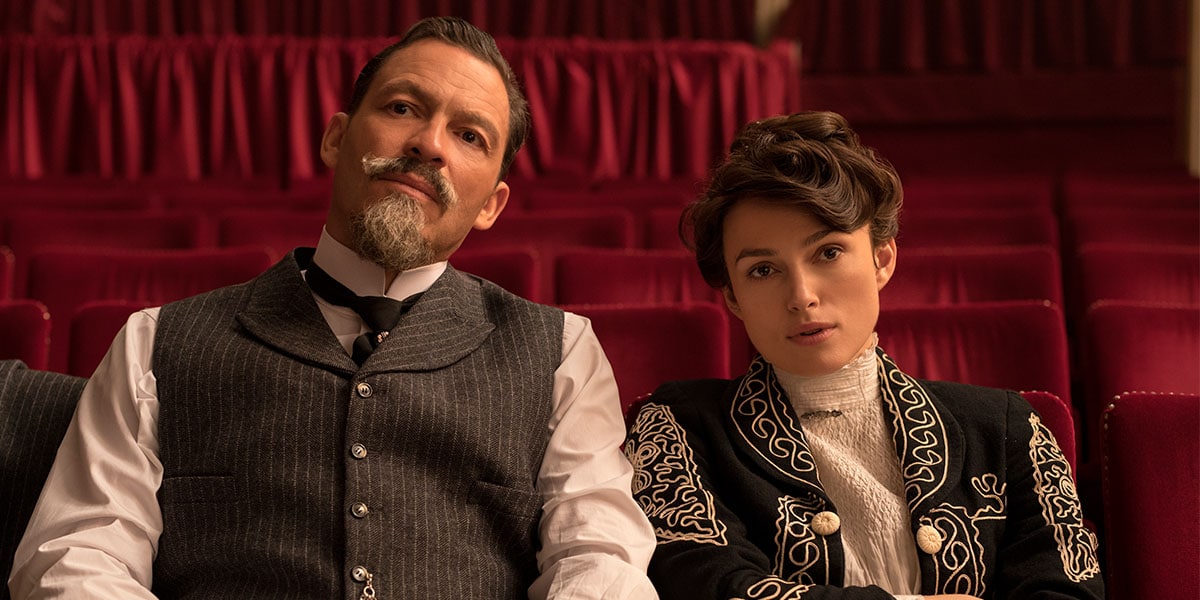 The real narrative hook comes into play when—after tasked with writing a novel about her countryside experience—Colette becomes the toast of Paris under Willy’s nom de plume. The novel is Claudine. The same Claudine that would spawn three sequels and a multi-decade legal battle to rightfully reinstate her ownership of the work. When Willy refuses to acknowledge her contribution, instead reaping the praise and reward, Knightley truly comes to life. Up until this point Knightley’s performance is good if not routine. We’ve seen her play this part before. But when she decides to fight back, Colette as a character and as a film becomes electric and effusive at every turn.

West is smarmy and charming; gross and deceptively apathetic and the filmmakers do a great job of drawing similarities to the characters through clothing and set design. Willy wears gaudy suits, shiny pocket watches and upturned facial hair meant to establish him as a man of means except he’s the exact opposite: a poor imitation always punching up. Colette starts the film in demure cotton dresses, her wardrobe growing more confident as she does, more colourful and extravagant as she pushes back against a system determined to keep her down.

The audience really feels for Colette as a character for, when at dinner parties the posh and privileged scoff at the notion that someone such as her could write such truth. Instead they spend their time praising Willy’s genius for writing from such a perspective. It’s scenes such as these that your blood rightly boils and when Colette does get her just deserts, in a smattering of scenes I won’t spoil here, are truly cathartic. And it doesn’t matter that her justice might not be public (it would be but not until years later), the fact that she fights for what’s hers during a time when women were scene but not heard is fantastic.

What’s also wonderful to see throughout Colette is a nuanced queer perspective, one that blossoms with the film; growing and evolving as Knightley does. It never feels forced or tacked on, instead drawing an organic quality that begin with initial feelings of doubt and confusion which eventually shifts into graceful acceptance as the film draws to its conclusion.

I applaud Westmoreland for not taking the easy route and painting an easy picture of good versus evil. These are fully realized characters and even Colette is not exempt from human folly. But it’s these foibles that make her crusade all the more noteworthy. We root for her because we understand that she’s struggling to find an identity in the world that doesn’t want her, pushing through the noise despite it all and coming out the other side weathered but victorious.

The set design is ethereal and dour at the same time, moving from the airy countryside to the oppressive, chilly rooms of Willy’s french ‘mansion,’ that’s constantly falling apart. The cinematography takes a back seat to everything else but that’s not a negative, it does what great shot selection should: service the performances and in this case the extravagant set and costume design.