King Charles III is a convergence of ideas new and old where tradition meets progression in a battle of principles played out on the theatre stage. Written by Mike Bartlett, the production brings a certain timeliness in the form of a national debate over freedom of the press that ultimately winds up in the hands of the newly crowned King Charles.

Running now until March 4th at the CAA (formerly Panasonic theatre) this Studio180 production does a lot with its future setting. Bartlett toys with our pop culture expectations, i.e in this world Miss Markle and Prince Harry are divorced. And while these funny tidbits enhance the show, the heart of King Charles lies in a murky moral debate that takes place throughout. Throw in some Shakespearean ghosts and you’ve got one of the more imaginative and challenging productions of the last few years. 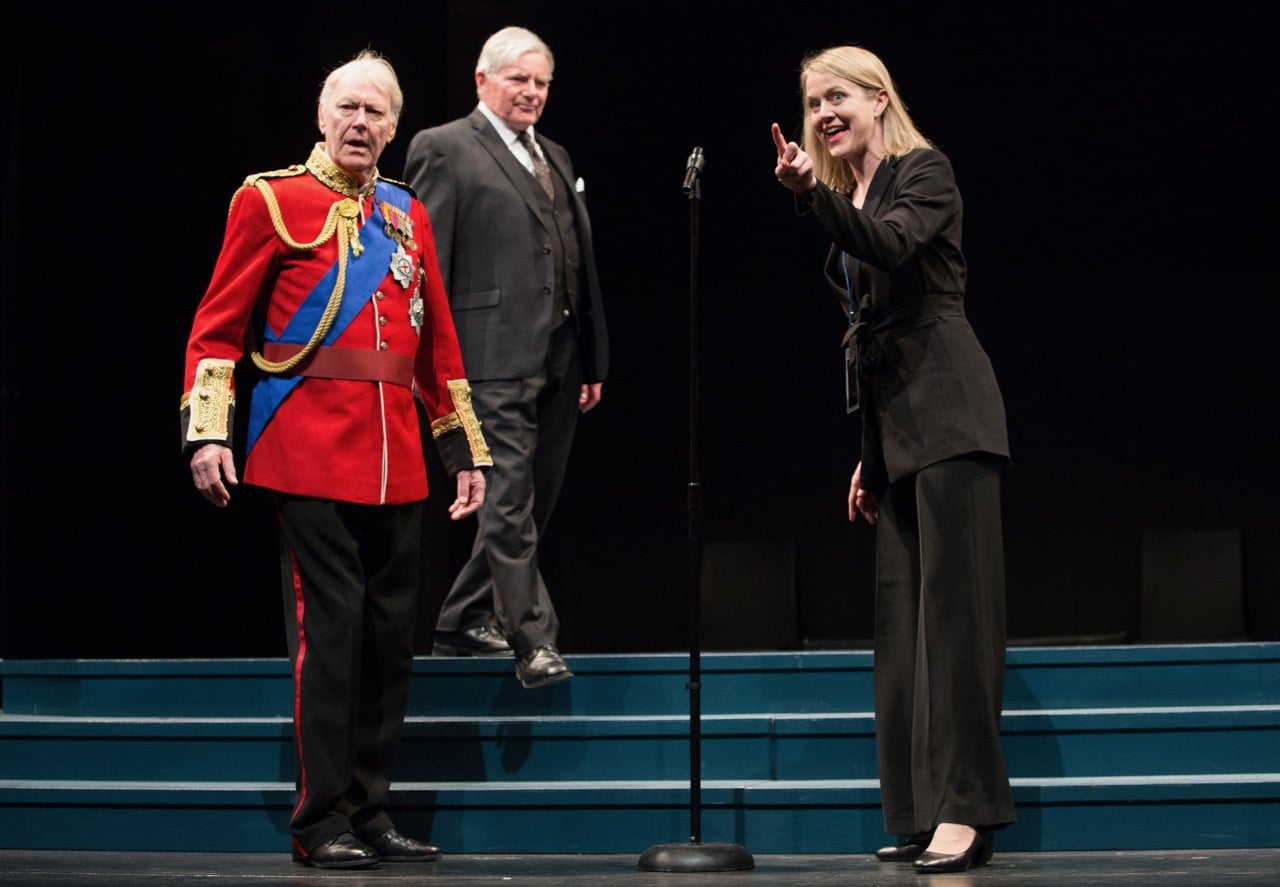 Played with ample virtuosity by veteran stage actor David Schurmann, the character of King Charles deftly moves between indecision and royal egotism. In conversations, or rather arguments with the Prime Minister (who shares a striking resemblance to our Trudeau) Schurmann is charming and calculated about his beliefs. But in private, we see the softer side of the Royal Palace, as King Charles is still grieving over the death of Queen Elizabeth.

There’s a small subplot concerning Harry and his want to feel connected to the people, but I found it the least interesting portion of the production. It felt very Hugh Grant-ish, in him falling in love with a “commoner,” named Jess. The performances for both Harry and Jess were great, I would have just rather focused on the privacy debate that drove the narrative.

The staging was rather minimal but simple setups and props gave just enough clarity to the dialogue that I appreciated the ingenuity of the set design even more. I would have liked a few more touches from the stage design but at the same time a more extravagant set would have taken away from what I was really there to see. 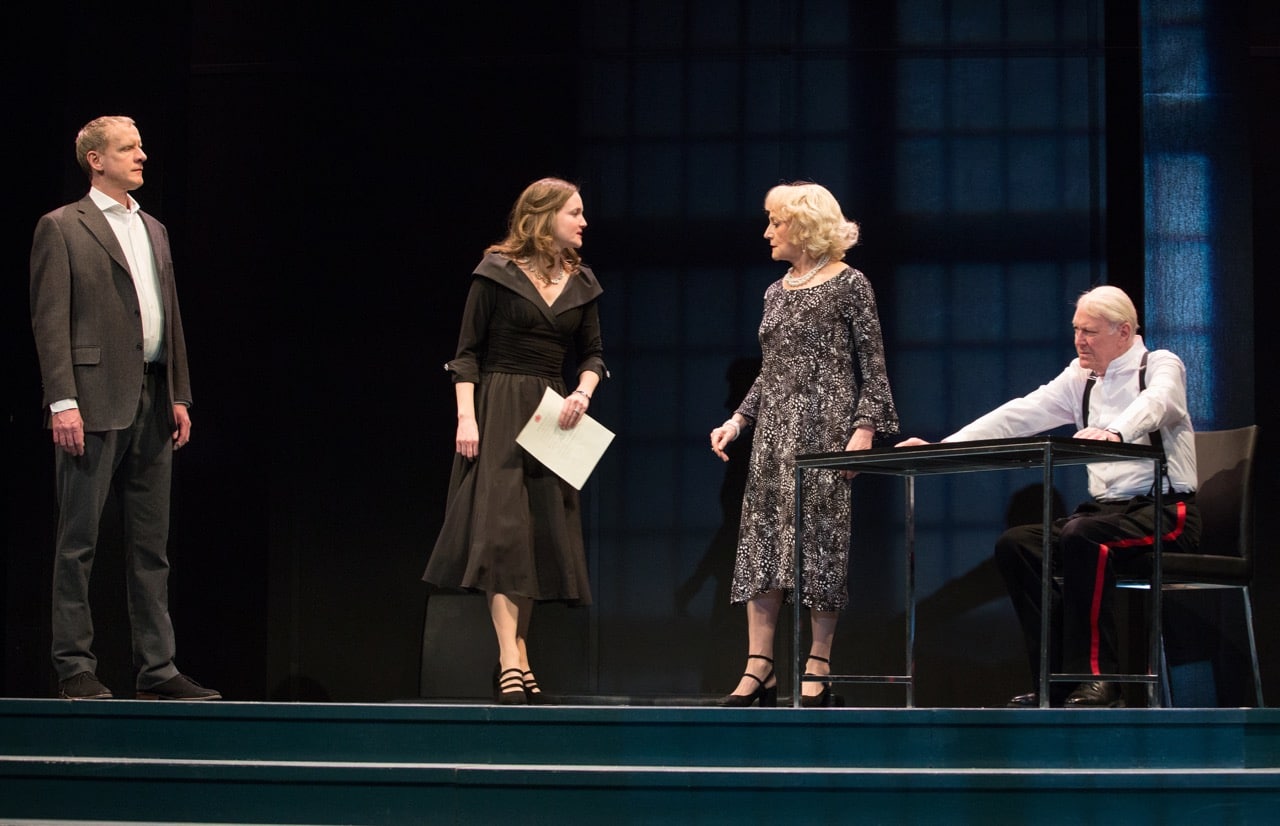 And while it is a particularly long play at two hours and thirty minutes, it never felt bloated or wasteful, although I do wish William, Duke of Cambridge was given more to do throughout. The direction of Joel Greenberg was straightforward and very fluid with characters moving about throughout the extended dialogue. Much like the set design, the direction was focused on servicing the words spoken, so there wasn’t anything flashy but I don’t use that pejoratively.

Overall King Charles III is a fantastic melding of of old and new, with clashing principles mirroring modern debates. The long running time allows the cast and crew to fully explore every angle of what puts us in different camps, ready to ignore the other side. Great performances and dialogue highlight exactly why you should buy a ticket. Besides the lackluster Prince Harry subplot, I was fully on board with what King Charles III had to say about privacy in a modern world and the changing nature of the Royal role in society that doesn’t seem to need it anymore.