In 2016 the Toronto International Film Festival’s breakout of the year was director Barry Jenkins’ Moonlight, which would go on to win a trifecta of trophies at the Academy Awards: Best Adapted Screenplay, Best Supporting Actor, and Best Picture.

This September, hot off the heels of his Moonlight success, Jenkins shared his newest work, If Beale Street Could Talk, at a crowd rousing World Premiere at the 2018 Toronto International Film Festival. 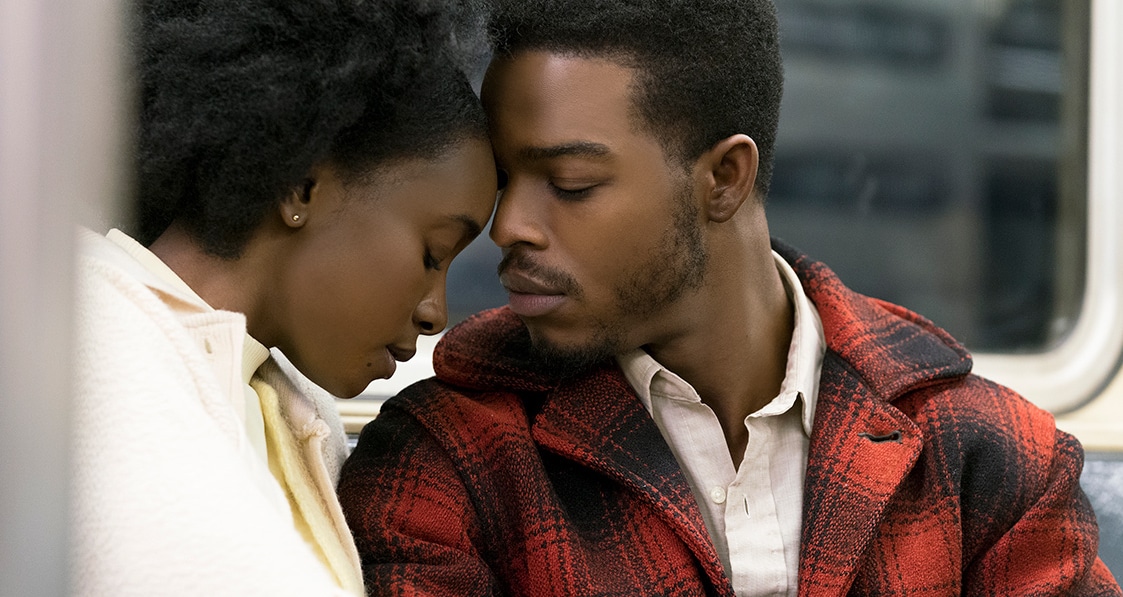 An adaptation of James Baldwin’s 1974 novel, the If Beale Street Could Talk plot follows Tish (Kiki Layne) and Fonny (Stephan James), a young couple torn apart by a false rape accusation. The tearjerking tale focuses on 19 year old Tish, who while preparing to give birth to her first child, must find evidence to free her lover who is waiting on trial in prison for a crime he didn’t commit.

Jenkins structures the film by offering plenty of flashbacks, endearing audiences to the young lovebirds by sharing tender moments the couple enjoyed when they were freshly in love.

The majority of the story is seen through the eyes of Tess and her family. She has a loudmouthed sister who is fiercely protective, a father who begins illegally selling stolen designer clothes to help fund the families growing legal fees, and a loving mother (played with great passion by Regina King) who travels to Puerto Rico in disguise in hopes of finding the rape victim who has fled the Unites States after wrongfully accusing the father of her soon-to-be grandchild.

If Beale Street Could Talk is more than just a “pass the Kleenex romance,” it vividly captures the racial textures of ’70s New York and puts a spotlight on African American social justice issues. Jenkins’ latest poignantly puts a spotlight on the thousands of Black men and women who for years have been wrongfully imprisoned due to systemic racism. His breathless script rips at reality, tears aside concealing veils, and stands out as one of the top drama contenders this awards season.