Food and the industry surrounding it, are ripe for documentary filmmaking. High temperatures, sharp knives and often explosive personalities have made for decades worth of content, exploration and analysis of the things we eat. At this year’s Hot Docs we spotted an interesting juxtaposition between foodie films The Heat: A Kitchen Revolution and Constructing Albert. 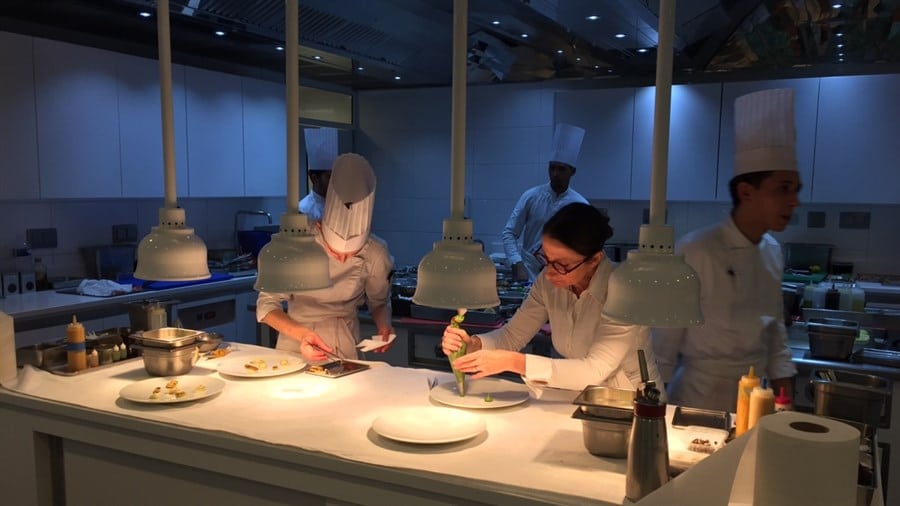 The Heat: A Kitchen Revolution

In a world dominated by macho chefs who have proved to be less than welcoming to their female counterparts, The Heat is more interested in the women who are fighting back and trying to provide kitchen spaces for other women to thrive in the industries ultra competitive environment. In a variety of interviews featuring chefs such as Charlotte Langley, Anita Lo, Suzanne Bar and Anne-Sophie Pic, The Heat shows us the systemic abuse women have been subjected to in the food industry and how barriers are slowly being broken down by talented women running their own show.

Director Maya Gallus is able to showcase these women not as sympathetic figures in need of saving, but as truth-sayers who are at the top of their game and won’t take no for an answer when it comes to taking the lead in a professional kitchen. In some instances, that means going outside of the traditional infrastructure of a established venue, and instead throwing dinner parties for strangers like Chef Charlotte Langley does in her hometown of Toronto. Tired of the misogynistic nature of kitchen culture and the astronomical amount of money needed to start her own full-blown kitchen, Chef Langley decided to work out of her home where she throws dinner parties for local food fans keen to experience a unique shared feasting experience.

The Heat is a documentary interested in change and those actively pursuing it. The shot composition and cinematography is interesting and diverse, a few lingering close-ups of specific chefs at work telling us all we need to know about how they feel. But in connecting with Constructing Albert, another one of this years most talked about food docs, The Heat is a documentary fascinated with the creative process, and how the desire to express ones vision exceeds any measure of vitriol or gross behaviour they might encounter.

On the other hand, Constructing Albert similarly deals with the weight of being a chef in an intensely competitive industry but from an entirely different angle. Focusing on Albert Adria, the younger brother of the king of haute cuisine, Ferran Adria, Constructing Albert peels apart the creative conundrum of being a world famous chef.

As one of the creative forces behind elBulli, once ranked as the world’s number one restaurant, Constructing Albert picks up with the younger Adria sibling in the aftermath of elBulli’s closing, as he ventures to open five new restaurants in Barcelona and step out from behind his brother’s shadow. It’s a documentary intrigued by the creative process and the burden that comes with struggling to express yourself through the search for perfection. We watch as Albert constantly iterates on his ideas, searching for the absolute best way to change the perception people have of food, through a distinct choice of making each of his five restaurants based on distinct ideas: nostalgia, quiet entertainment, furtive emotion etc.

Directors Laura Collado and Jim Loomis do a wonderful job of balancing past and present, mining the history of elBulli and the Adria brothers relationship, creating a dichotomy between Albert then and Albert now. It’s a device that works well and when watching, the audience can clearly see that the memories of elBulli are bittersweet; embedded in Albert’s psyche after working there for 25 years. Also, after just watching The Heat: A Kitchen Revolution and being exposed to some of the toxic masculinity that dominates the food world, it’s interesting to see a celebrated male chef, obsessed with his own ideas of success, achieving these goals through kindness and collaboration.

While we’re given a taste of what each new space is like and the feeling Albert is trying to evoke, we also get a sense of the people who work for him and how a prevailing connection to family and community keeps everything running well. It’s an exhausting documentary that will stoke your creative desire and leave you hungry for some of the insane creations Albert and his teams create.