If you haven’t heard of the new off-Mirvish production Fun Home, don’t walk but run to get your hands on tickets. The show playing at the CAA Theatre on Yonge Street (formally the Panasonic Theatre) won numerous awards including the Tony Award for Best Musical in 2015 and is playing in Toronto now until May 20th.

The musical is based on Alison Bechdel’s 2006 memoir which details her coming out story coupled with her surprise learning that her father has always been secretly gay. The play feels like you’re experiencing something new in the theatre world, something different, innovative in content and display. The plot, focuses on a lesbian cartoonist attempting to draw a true likeness of her gay father. A man she didn’t truly know. A man who killed himself only four months after she came out to her family. Alison’s father, an English teacher at the local high school, also runs the funeral home that he inherited from his father. 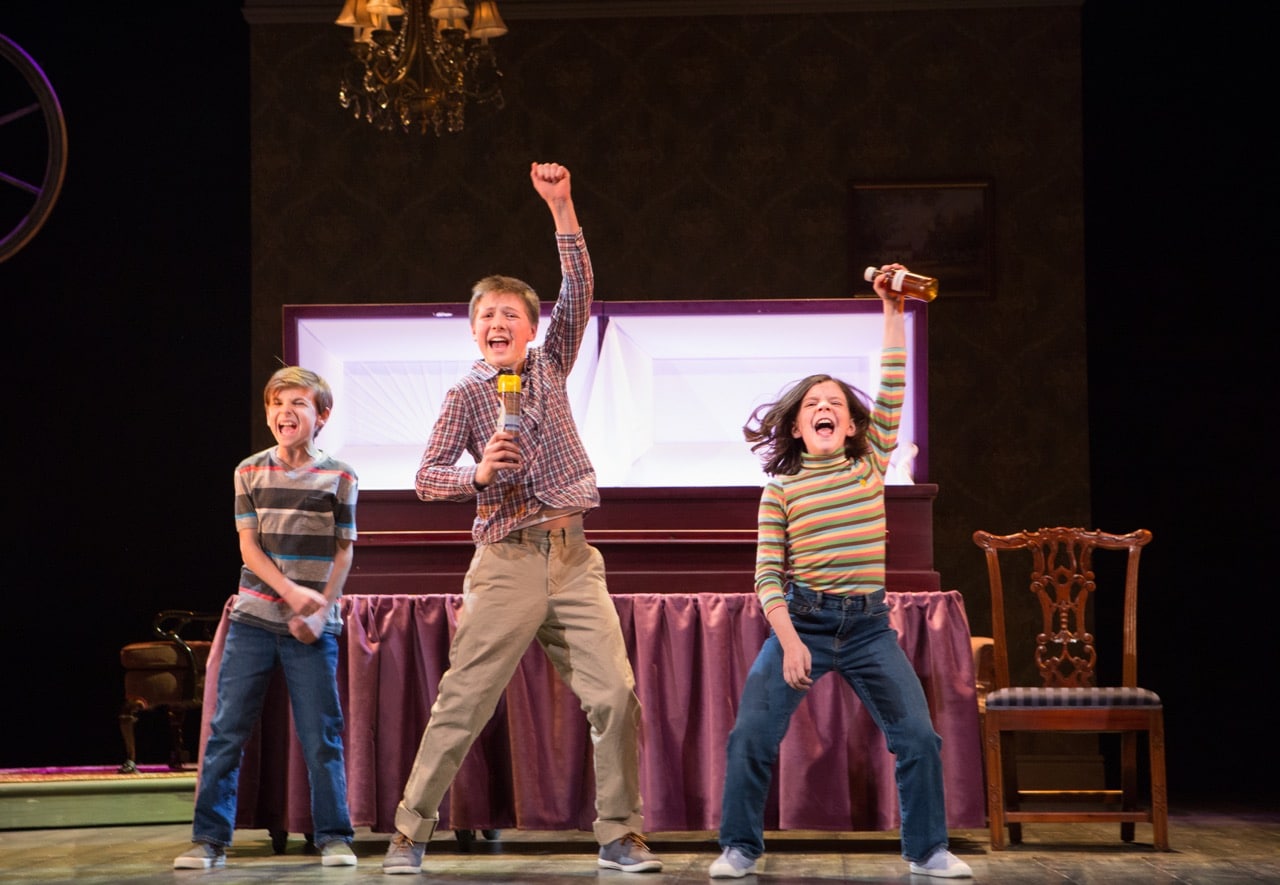 Though serious, heartbreaking and tragic the musical defies these surface descriptions with a beautiful balance of cute, humorous and uplifting moments between three main stages in Alison’s life. One of the many memorable delights are performed by the three Bechdel children – Hannah Levinson as Small Alison, Jasper Lincoln as the older brother Christian and Liam MacDonald as the younger brother John. They pretend to record a commercial for the funeral home singing “Come to the Fun Home,” their not-so-secret name for the family business. The song is filled with witty props and commentary about choosing just the right casket. Just as grin worthy is when Small Alison sings “Ring of Keys”, where she tries to understand why she finds a butch delivery woman somehow inspiring, giving her feelings of intense intangible kinship.

The most giggles come in the middle of the show during university Alison’s sexual awakening, played by Sara Farb, who perfectly portrays Alison’s self-consciousness in coming to terms with her sexuality and being away from home. During the solo “Changing My Major” performed after experiencing her first gay kiss, Farb pours out her surprise, glee, and infatuation in which she feels compelled to change her major to Joan, the voluptuous apple of her eye. 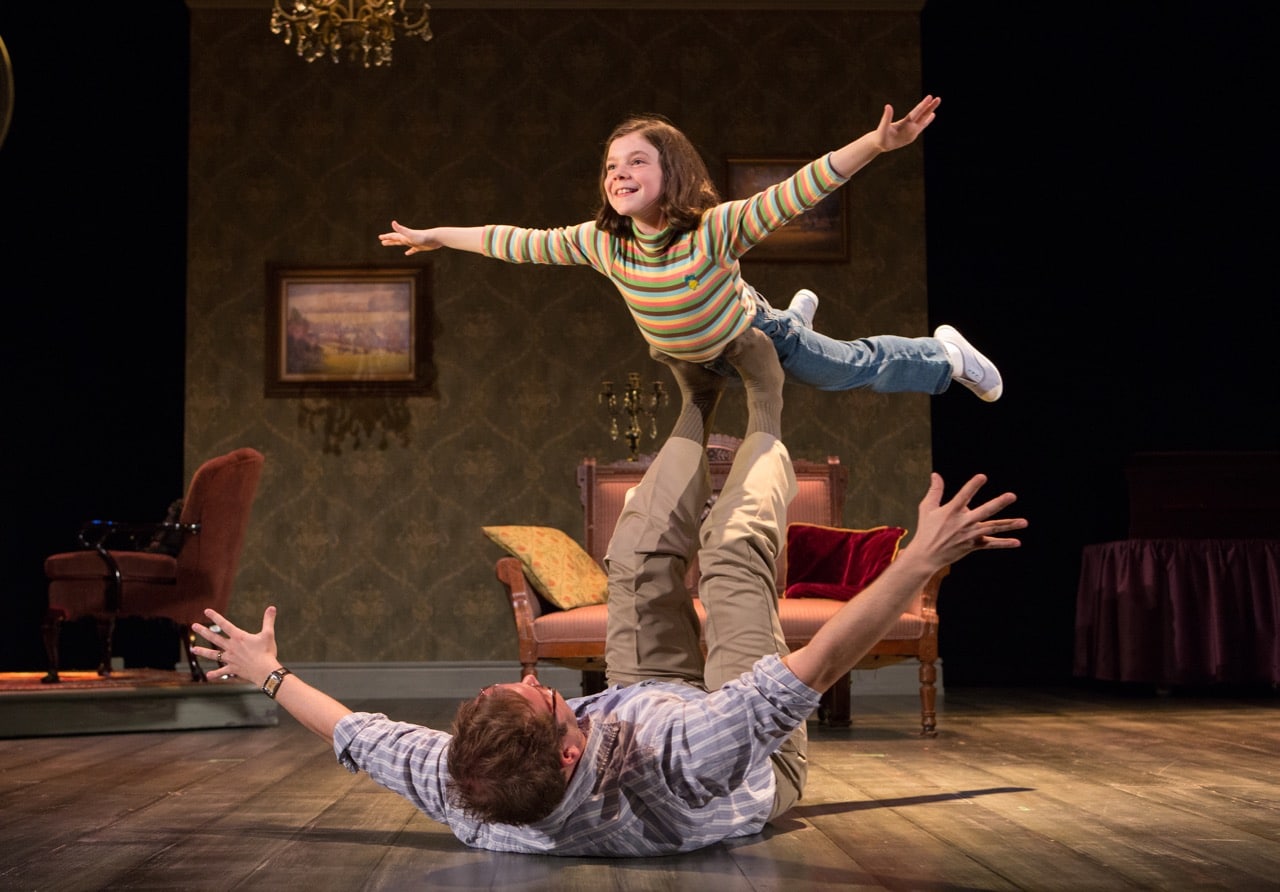 Laura Condlln, the anchor for the trio sings “Telephone Wire” an emotional, anxiety-stricken song about two people, her and her father, trying but failing to communicate with each other. Each making mental attempts to speak their truth while sitting next to each other in a car. It feels something similar to a weekend marathon runner who mentally tells themselves they’ll continue to run up until the next telephone poll, then once there, thinking about maybe putting it off until the next one…and then the next.

Also impressive, is the way in which set pieces dance across the stage much like the performers themselves as part of a song, often displaying three different scenes at the same moment while Alison’s adult self recalls different moments throughout her life. Fun Home is a touching modern musical filled with unresolvable conflicts between identity, family and memories. It is powerful, fun, inspiring, emotional and messy. If there is one gay play you see this season, make sure to “Come to the Fun Home”.