Enjoying its Canadian premiere at the 2018 Toronto International Film Festival, First Man marks the return of writer/director Damien Chazelle who has wowed festival attendees in the past with Whiplash and La La Land.

Following in the tradition of beloved American astronaut thrillers Apollo 13, Gravity and The Martian, First Man is a tender biopic that offers a behind the scenes look at Neil Armstrong’s life. The film begins by sharing Armstrong’s entry into NASA’s astronaut program in 1961 to his iconic walk on the moon eight years later. 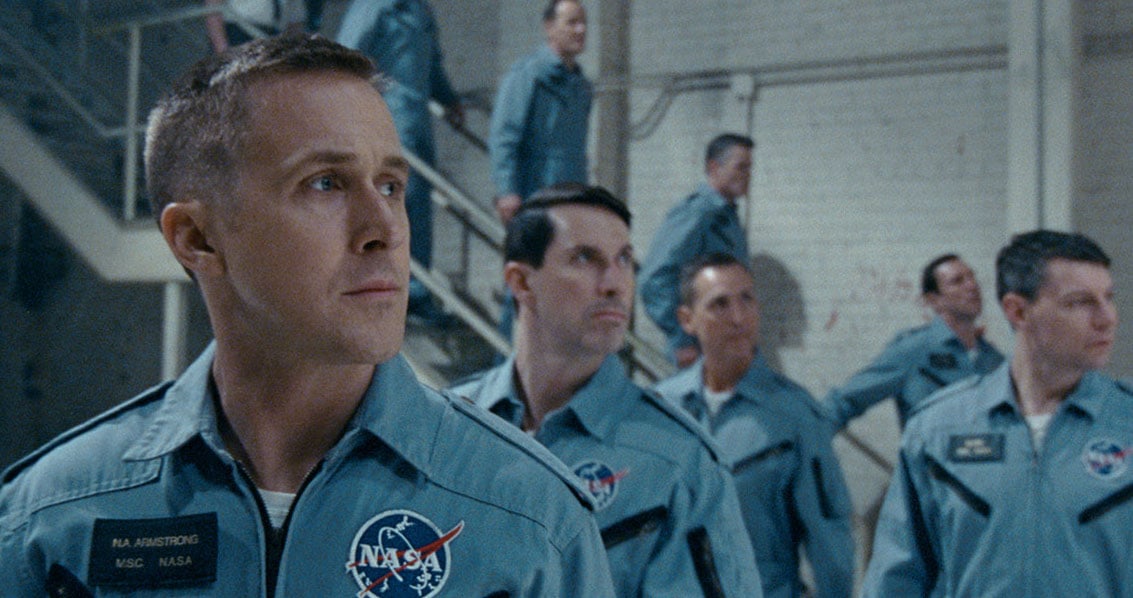 The audience is immediately thrown into the cockpit with Armstrong (Ryan Gosling) and his fellow test pilots as they heroically break record after record, in an attempt to beat the Soviet’s in the space game.

First Man’s unique, behind the scenes narrative, offers a relatable and tender side to the American hero’s story. Armstrong’s unrelenting drive to be the first man on the moon is subdued by the tragic death of his daughter, tension with his wife (Claire Foy) at home, and the always present possibility of death while dreaming.

When he’s confirmed to join NASA’s Apollo 11 mission to the moon with Buzz Aldrin and Mike Collins, Armstrong doubles down on his moment of glory while his wife and children struggle with what may be their families ultimate sacrifice.

For years America has inspired the imagination of dreamers who swoon for space. From its daring NASA programs to the Hollywood filmmakers that capture the thrilling reality of being catapulted into the unknown. Chazelle’s First Man reinvigorates the magic and mystique of space travel through the lens of one family who collectively sacrificed it all to take that “one small step for man.”