The immigrant experience in the context of storytelling and entertainment is a critical component of the Canadian Identity. Factory Theatre’s Prairie Nurse is one of these experiences, both heartbreaking and hilarious, it explores the vitality and loneliness of Canada’s Prairies from the perspective of two women and the countless others like them, who helped shape how we view our country today.

Written by Marie Beath Badian and based on her mother’s experiences immigrating to Canada, Prairie Nurse tells the story of Puring and Penny, two Filipino nurses who’ve made the journey to Arborfield Saskatchewan in search of work and a more fruitful existence. The production explores their life in Arborfield, the people they meet and the various challenges that come with being a proverbial fish out of water. And with the production running through Mothers Day, it’s the perfect show to treat mom to.

The cast is fantastic and bursting with enthusiasm, anchored by Belelysia inda Corpuz and Isabel Kanaan who play Puring and Penny respectively. The chemistry between everyone feels significant and lines flow together well, giving conversations both a natural rhythm but also great comedic timing. While all the cast interacts with one another, there are noticeable dynamics between each pair of characters. Catherine Fitch and Janelle Hanna as Mari and Patsy for example, have a wonderful rapport with one another as two other nurses working in the hospital. Then there’s Matt Shaw and Mark Crawford as Wilfred and Dr. MacGreggor, who also share an interesting dynamic. 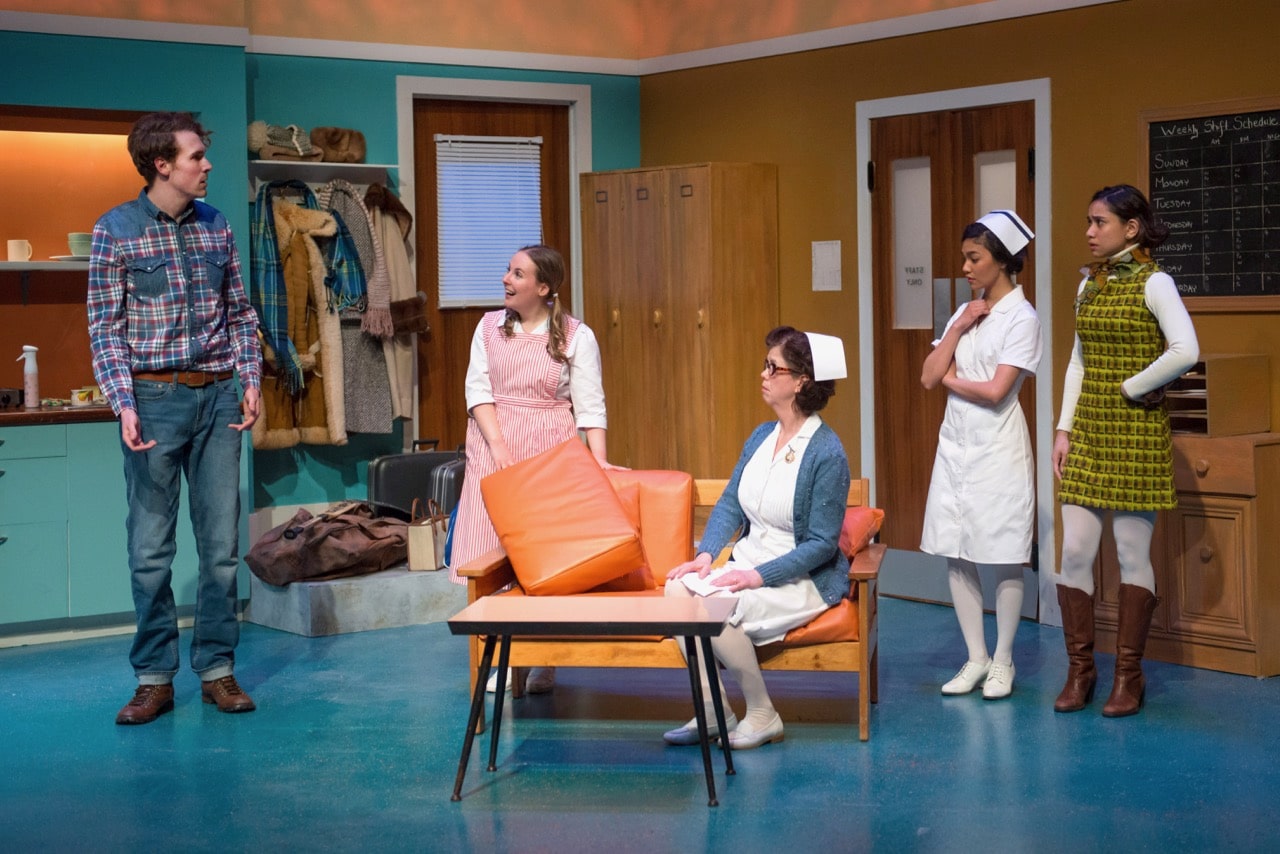 Prairie Nurse is one part culture clashing love story and three parts zany comedy, that mix together well in a message that ultimately revolves around finding common ground in the unlikeliest of places. When they first arrive in Arborfield, Penny and Puring couldn’t be more different: Penny having taken to the Hollywood image North America exudes, wants to be famous while Puring simply wants to send money home to her family, and establish a new life. But through their relationships with the Patsy, Marie, Wilfred and Dr. MacGreggor, they recognize that they both want the same thing: a family and a place to call home.

The stage direction is nuanced and spacious, with characters making use of the large set design. There’s a kinetic movement to the conversations, as noone is ever just standing still. It’s an interesting conceit, giving movement it’s own character and that differs from person to person. Patsy for example, is very skittish and excitable in her movement, while Dr. MacGreggor is very grand and ostentatious with his presence. It’s a subtle touch to the stage direction that adds an extra layer to the performances. 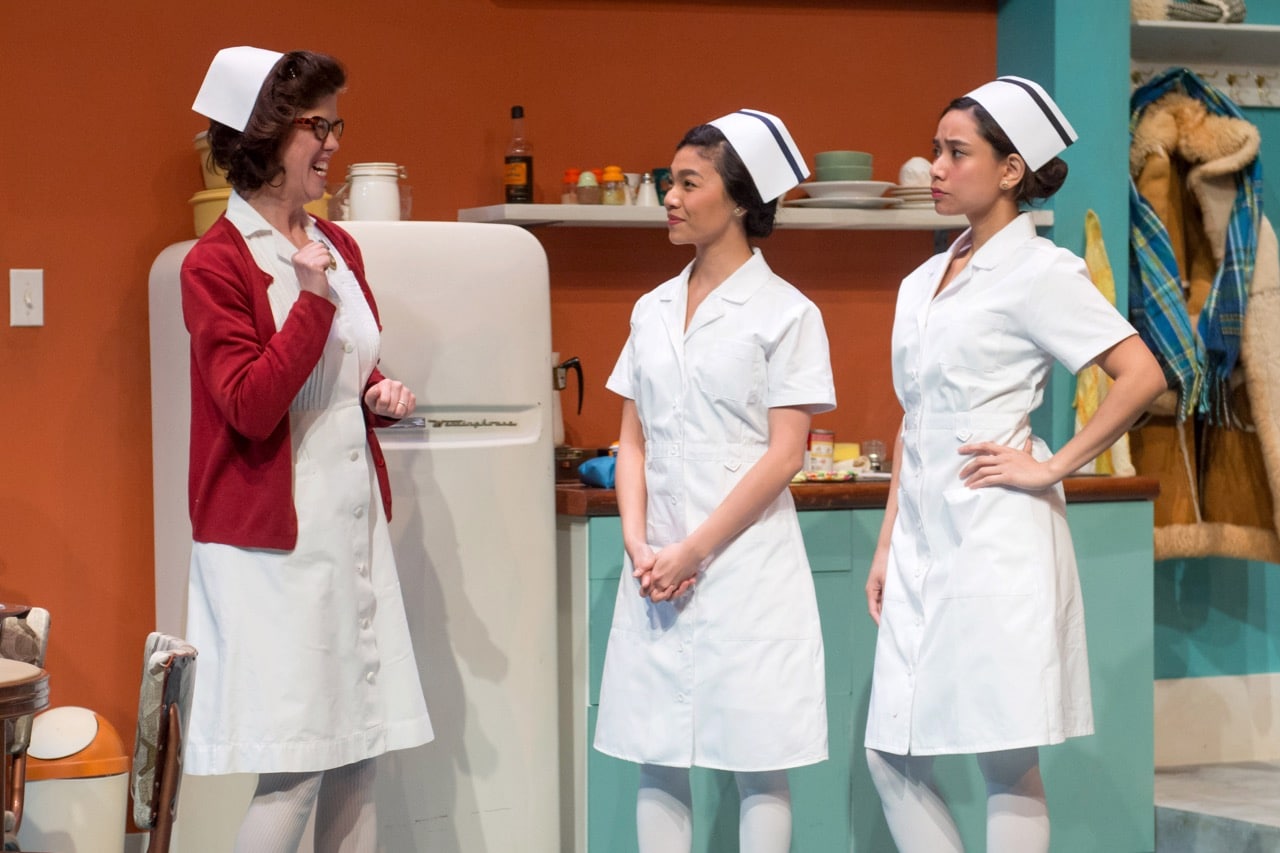 The narrative of Prairie Nurse is nothing new, but this isn’t a bad thing, because within the context of a story we’re familiar with, Badian throws various nuanced situations that feel authentic and genuine to the experience. There’s nothing wrong with telling a story that audiences have seen shades of before, as long as a creative voice with a point to make, is at the helm. And this is certainly the case with the writing of the production.

What’s truly wonderful about Prairie Nurse is that going into the intermission I thought I knew where the play was going. But Badian does a great job of twisting audience expectations just enough to give us something we weren’t necessarily expecting. Because of this, Prairie Nurse feels refreshing and invigorating, sure to make you laugh and cry all within the same two hour and fifteen minute runtime.

Factory Theatre and Thousand Island Playhouse deserve credit for helping bring the production to life, and the entire cast deserve a giant round of applause. Just remember to bring tissues, because either you or mom will definitely need them.

Prairie Nurse is running from April 26th until May 13th at the Factory Theatre in Toronto.