Who owns a story? What is the line between empathy and exploitation, and who decides? None of these are easy questions, but Kat Sandler grapples with them courageously in her new play Bang Bang, now playing at Factory Theatre. Sandler’s signature blend of complex themes and quick, crackling dialogue delivered ably by the talented cast provides a theatre experience that is at times tense but always exciting.

Sandler has never shied away from difficult topics, and Bang Bang is no exception. Although debates about racism and excessive force used by police are sometimes considered more as American concerns, these conversations have also taken place in Toronto and called into question the responsibility and motivations of storytellers in incorporating real-life tragedy into art. 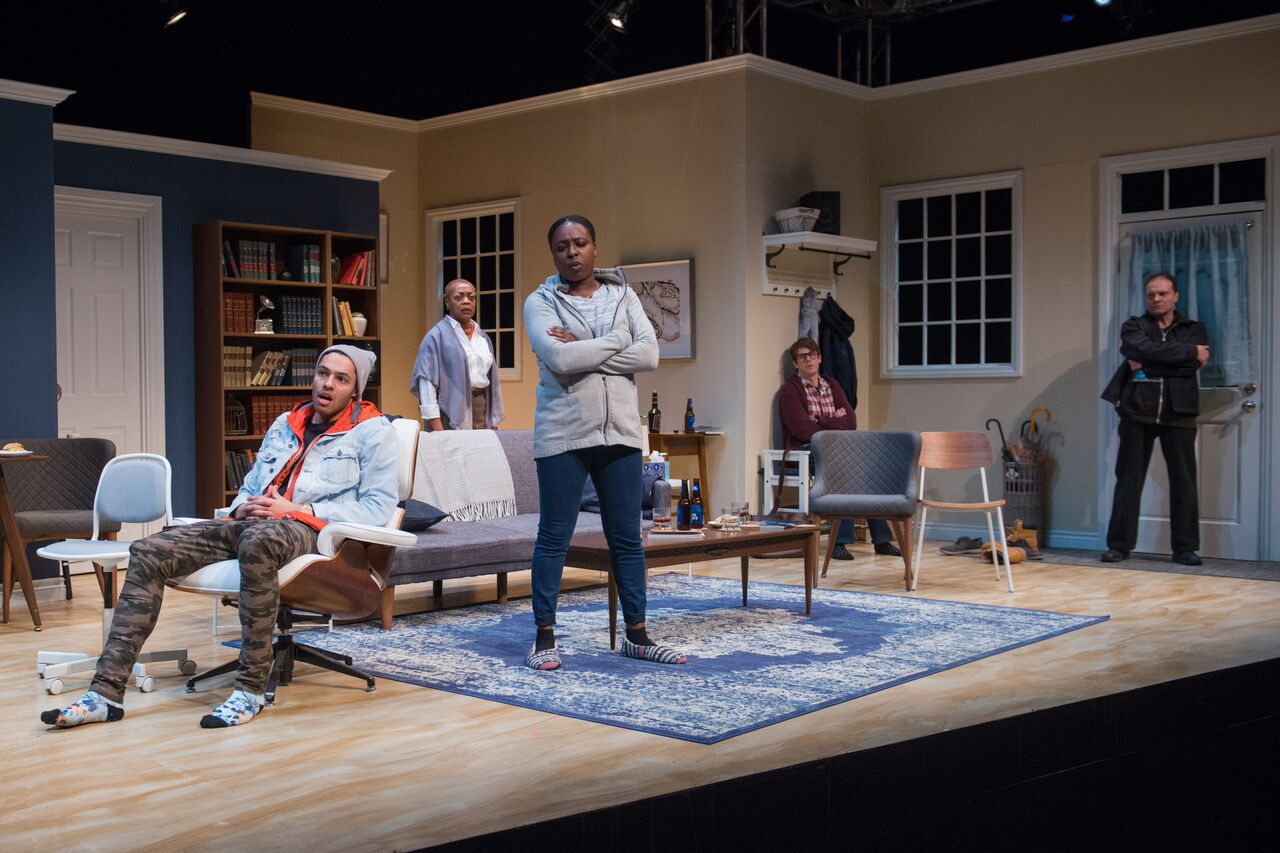 This thoughtful production concerns a Black police officer who has been suspended from the force and living at home with mom after shooting an unarmed young Black man. In the public aftermath, a play ‘inspired by’ the event is produced, and the white playwright has decided to visit her home while developing the play into a movie. He is soon joined by the would-be star of the movie along with a bodyguard, and the characters unpack the night’s events and the art it has inspired. As she often has with her own works, Sandler took on the role of director the synergy between the text and the onstage action is seamless. The physical movements of the characters and the staging has the same bouncy energy as their rapid-fire lines, which lends an essential dynamism to a production that unfolds in just one room.

The consequences and the impact of using real-life events to create art, and the struggle to tell diverse stories without taking over narratives that are not our own, are thoroughly examined with care and humour. Unfortunately, there are no tidy conclusions to be found here, as people and situations are presented with every possible complication. The police officer is herself Black, which doesn’t allow an easy interpretation of the elements of racism and bias, and the playwright Tim believes his Jewish background gives him an entry point to understanding the suffering of others. As the characters defend, attack, and interrogate Tim’s play and movie, they are also providing sharp meta-commentary on the play we are watching which is in constant dialogue with itself as a work inspired by true events. 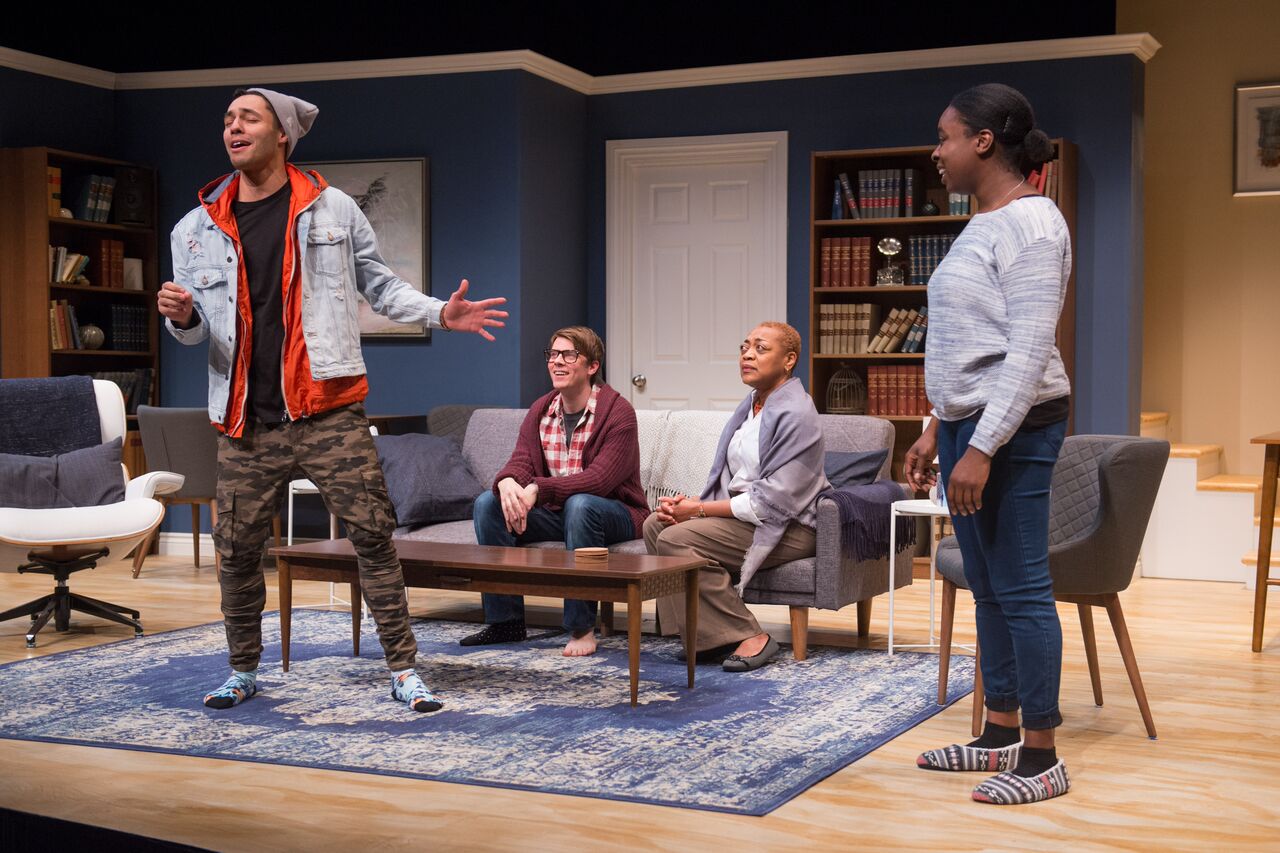 Sandler’s characters confound your sympathies as each reveals the depth of their blind spots. The white playwright argues his good intentions and his entitlement to write a story that isn’t his, talking a good game about privilege and respectful treatment of his subjects. But he cannot resist any opportunity to make it all about himself, and his deference erodes when people do not recognize him for the hero he thinks himself to be. The officer’s mother is not as straightforwardly supportive of her daughter as one might hope. Only the officer herself, boldly played by Khadijah Roberts-Abdullah, truly succeeds in giving the others a glimpse into her tangled mindset and a visceral understanding of why she acted in the way she did.  The impressive cast is as deft with the serious subject matter as they are with verbal and physical comedy. Richard Zeppieri, as a former cop-turned bodyguard, demonstrated a particular mastery of the script’s rhythms and provided some of the funniest moments of the night.

Bang Bang is a timely, satisfying work that raises more doubts than it quells, but is sure to spark lively conversations after the curtain falls. Sandler and the cast successfully take on a contentious issue while somehow making it genuinely entertaining.