Black Mirror is the ultimate binge worthy show. Featuring self-contained episodes that share thematic storylines of the future consequences of technology, showrunner Charlie Brooker and company created the perfect anthology series nobody knew they wanted. Friends and colleagues shared thought provoking, paranoia tinged conversations and twitter was ablaze with nervous tension due to the near future consequences the show often depicted. By the time season three debuted last year and Netflix subscribers got their hands on San Junipero everyone was raving about the off kilter mix of entertainment and extrapolated warnings Black Mirror combined so well.

Debuting on December 29th the fourth season of the acclaimed British anthology, doesn’t disappoint. It capitalizes on the mix of hyperrealism that acts as the foundation for each episode while balancing the hopeful tone that San Junipero struck so well with the dire consequences Brooker envisions for future technology. From extreme helicopter parents, to the latest high-tech dating app, the latest six episodes of Black Mirror don’t overstay their welcome, utilizing fantastic pacing, a great variety of visual style and sense of atmosphere throughout. Below we break down each episode down into a spoiler-free synopsis with a few thoughts on what each episode does well. 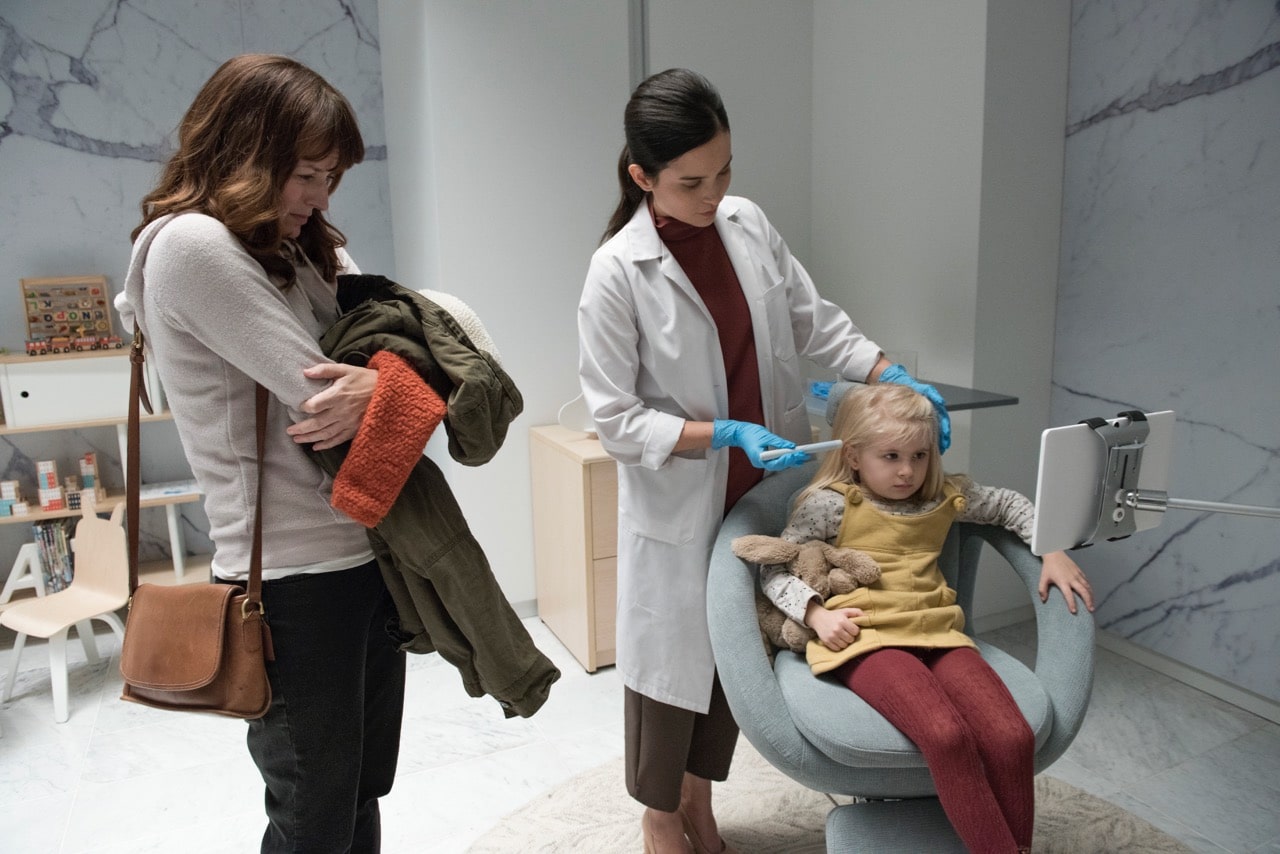 After a traumatic incident causes a young mother to implant a microchip into her daughter, the first episode starts it’s trajectory towards a terrifying conclusion and never lets up. The mechanics of the implant, which allow Rosemarie DeWitt to not only track her daughter, but censor things she’s seeing when prompted by high levels of serotonin, is a fascinating take on the modern helicopter parent. With Jodie Foster taking on directing duties, the episode takes on a claustrophobic feel at times noting the wonderful direction she pairs with Charlie Brooker’s fantastic writing. Also look for a standout performance from actress Brenna Harding who plays DeWitt’s daughter.

Think Tinder is intense, awkward and unsatisfying? Just wait until you see what head writer Charlie Brooker thought up for the dating-centric narrative of Hang the DJ. Anchored by two fantastic performances from Joe Cole of Peaky Blinders fame and Georgina Campbell, who we saw recently on Broadchurch, Hang The DJ is a technological love story. Think of blind dates but with relationships that anywhere between 48 hours or 10 years. It’s an episode that asks various pointed questions about the way we interact with people of the same ilk, and how the nature of intimacy can evolve with the passing of time. Director Tim Van Patten utilizes the classic Black Mirror aesthetic: a ultramodern minimalist vibe mixed with solid pastel colours, making for a fun viewing experience. 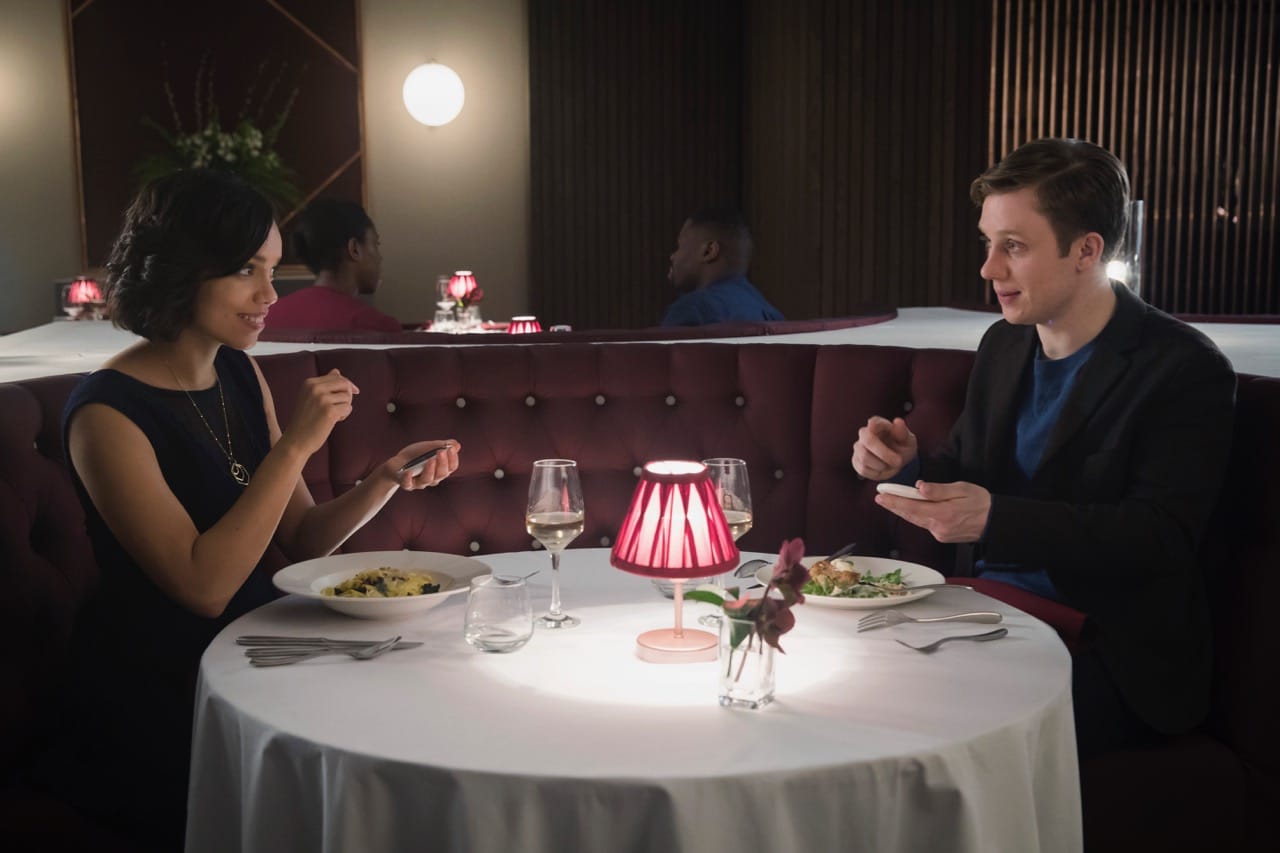 In this episode viewers follow actress Andrea Riseborough (giving a fantastic performance) as the memory of a violent incident she took part in years ago comes back to haunt her in the present day. Directed by John Hillcoat, who’s responsible for the 2012s criminally underrated Lawless, Crocodile is certainly this season’s most sinister episode. Dealing with the changing nature of memories and their inherent malleability, Crocodile permeates with a sense of dread that seeps into everything from the performances to the bleak Australian landscape. The washed out tone of the episode really adds to the dire tone Hillcoat decided to utilize in this episode.

Shot in black and white, Metalhead is certainly the most visually diverse Black Mirror episode of the season. Set in the Scottish countryside, this episode is a pure adrenaline rush cat and mouse chase between mysterious robotic “dogs,” and humans just trying to survive. And not in a film type of way with the grit and grain baked in. It’s a simple narrative that lets your imagination fill in the blanks as to what caused this violent chase to take place. Director David Slade does a great job visually of creating a cohesive shot selection that adds to the narrative tension Brooker was able to structure through his writing. 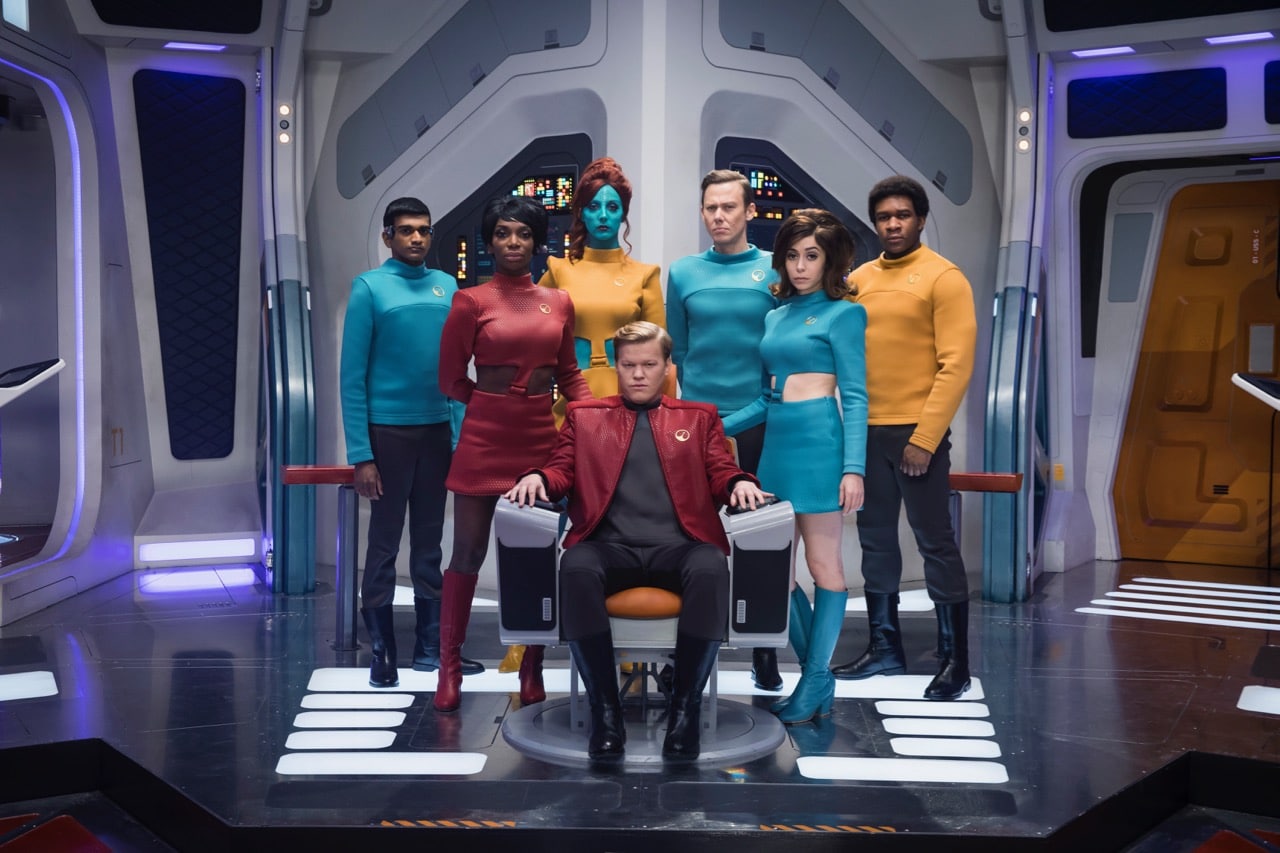 Without spoiling anything, Star Trek fans will be pleased by the virtual reality narrative and the ascetic that eschews old-school pastel uniforms of the Captain Kirk era. Jimmi Simpson, Jesse Plemons and Cristin Milioti all turn in great performances. One of the great things about this episode which Black Mirror is known for, is how it tackles sensitive issues within the context of future tech. With the U.S.S Callister sexual harassment in the workplace is broken down in a way that that’s subtle, creepy and thought provoking. Look for Michela Cole of Chewing Gum fame to steal every scene she’s in. This episode is sure to be a season favourite, combining all of the great Black Mirror staples, but adding a dose of levity that’s a welcome addition. Look for a great gag about the lack of anatomical parts or “barbie doll,” effect, due to the wholesome nature of the VR setting.

While Black Mirror is an anthology series and the episodes don’t need to be watched in order, save Black Museum for last. Without spoiling anything, this episode is easter egg heaven for Black Mirror fans. It tells an interconnected story centered on a specific individual who seems to be revolving around old and new Black Mirror storylines. Black Museum starts out as a lighthearted romp through technological screw-ups but quickly spirals out of control into something that’s fascinating to watch. The consequences, like with most Black Mirror episodes might initially seem black and white, right and wrong, but dig a little deeper and shades of grey are everywhere. Look for an awesome performance by Letitia Wright who you can see in the upcoming Black Panther.