In its latest offering, renowned Queer theatre company Buddies in Bad Times is featuring Dave Deveau’s complex and compelling production of My Funny Valentine starting January 11. Flipping the script on how we view both a Hallmark holiday and the consequences of a school shooting, Deveau invites the audience to explore the minds of those who live on the fringes of our society.

Deveau mentions the Lawrence King murder of 2008 as the spark that led to what we now know as My Funny Valentine. Sharing similarities, Deveau drew on his outrage at the lack of media coverage of the murder, deciding the best thing he could do was to write out his own thoughts and feelings on the matter, trying to pull a vague sense of order out of chaos. 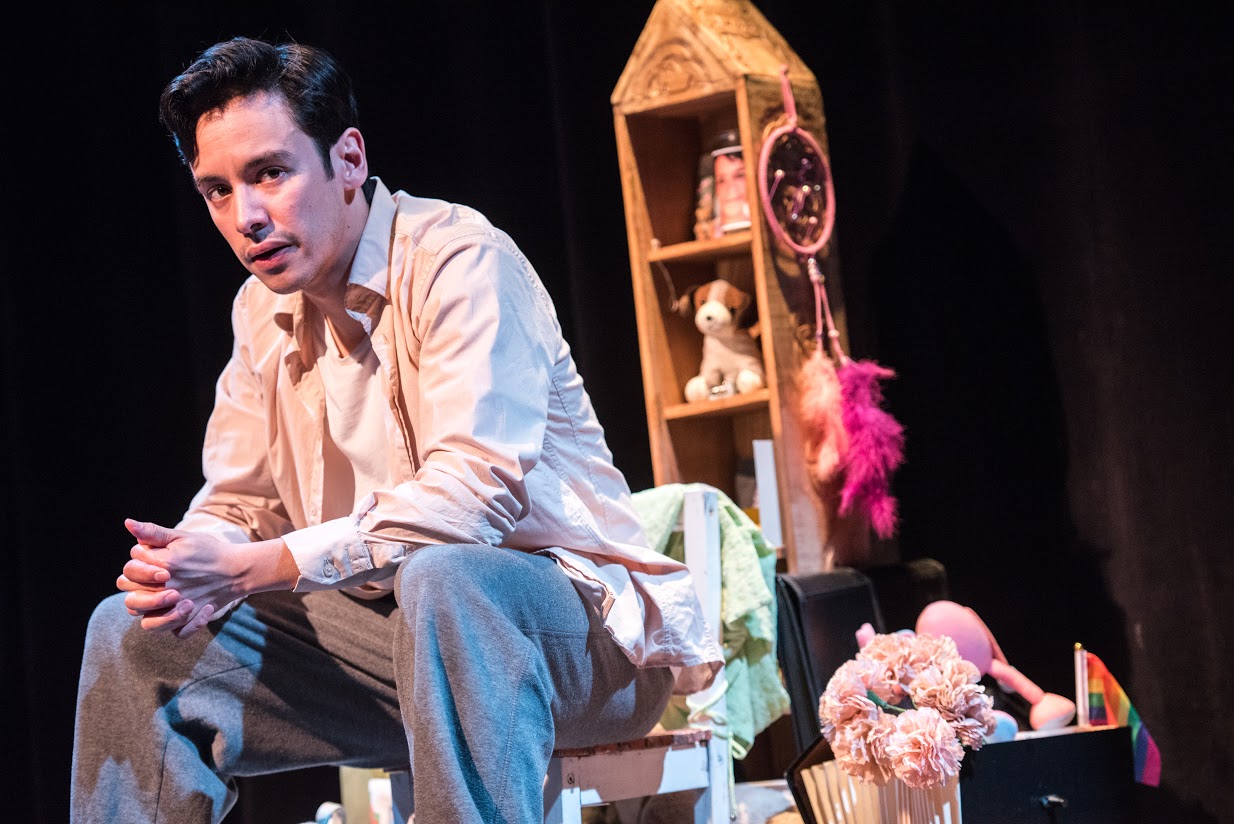 “Never did I think I was compiling information to write a play, but rather to try to make sense of something that had wounded me, for whatever reason,” Deveau said. “It was only later that I decided perhaps writing this thing was the way to try to make a kind of sense about it, or to at least be able to ask audiences to sift through the mess to find something hopeful within it.”

When Deveau and company were workshopping the play in 2009 he states that Valentine was a “different thing altogether” and again in 2011 when moving into full production, Deveau was rewriting dialogue and scenes daily, trying to figure out how best to convey the themes and tones he was going for.

Stretching into 2013 when the verdict was passed down Deveau was still doing rewrites on the production and cites dramaturg Dan Hannah for helping him crack open the play and realize the final pieces that he was looking to add.

“He [Hannah] challenged me to write material for characters who I myself didn’t agree with. It’s such a simple instruction, and yet up until he mentioned it, the play felt like a lot of people agreeing with each other,” Deveau said. It took a few false attempts to find fully realized and dimensional people. I was determined that I had no right to put words into the mouths of the people implicated in the case. But instead, through my endless research I would find threads of truth that I could weave into three dimensions. The challenge I suppose was to not be over-earnest or over-sentimental and let these people speak their minds fully and truthfully.”

Hailed as an “exceptionally beautiful piece of work,” by the Vancouver Courier, My Funny Valentine bolsters an all-star cast in Conor Wylie and is directed by the wonderful Cameron Mackenzie of Whale Riding Weather and Nelly Boy. To Deveau, Valentine is perhaps his most personal work, which correlates to what he calls the “solo nature,” of writing this piece.

While he wouldn’t give too much away, Deveau notes that the final piece of this production of My Funny Valentine will be rewritten to adhere what’s going on in his the day-to-day life. Furthermore he wants to continue rewriting the final piece of the play with every subsequent production because “there’s something deeply important to me for that final piece to take place in the here and now.”

You can catch My Funny Valentine at Buddies in Bad Times Theatre from Thursday January 11 to Sunday January 22. Valentine is originally a Zee Zee Theatre production based in Vancouver.