The Ballad of Buster Scruggs by the Cohen brothers is a disjointed absurdist romp through a wild wild west that is as funny as it is violent.

I am giant Coen brothers fan. Blood Simple is a masterpiece and Raising Arizona is one of the absurdly funny films of modern cinema. So it was a strange experience, finishing The Ballad of Buster Scruggs—their first film for Netflix—and coming away disappointed.

The Ballad of Buster Scruggs is a weird anthology film, made up of six stories that vary in length – all set in the days of a lawless west. Because of this anthology format, the stories that the legendary directing duo decide to tell, are fun—and often hilarious—but also disjointed and cold.

If you read about the production of the film, this disjointed feeling makes sense, given that the Coens originally tapped Scruggs as an episodic series. But seeing that Netflix is marketing this and a few other films (Roma, Outlaw King) as prestige, Oscar bait, I suppose it makes sense that it’s been chopped down to a two-hour journey. 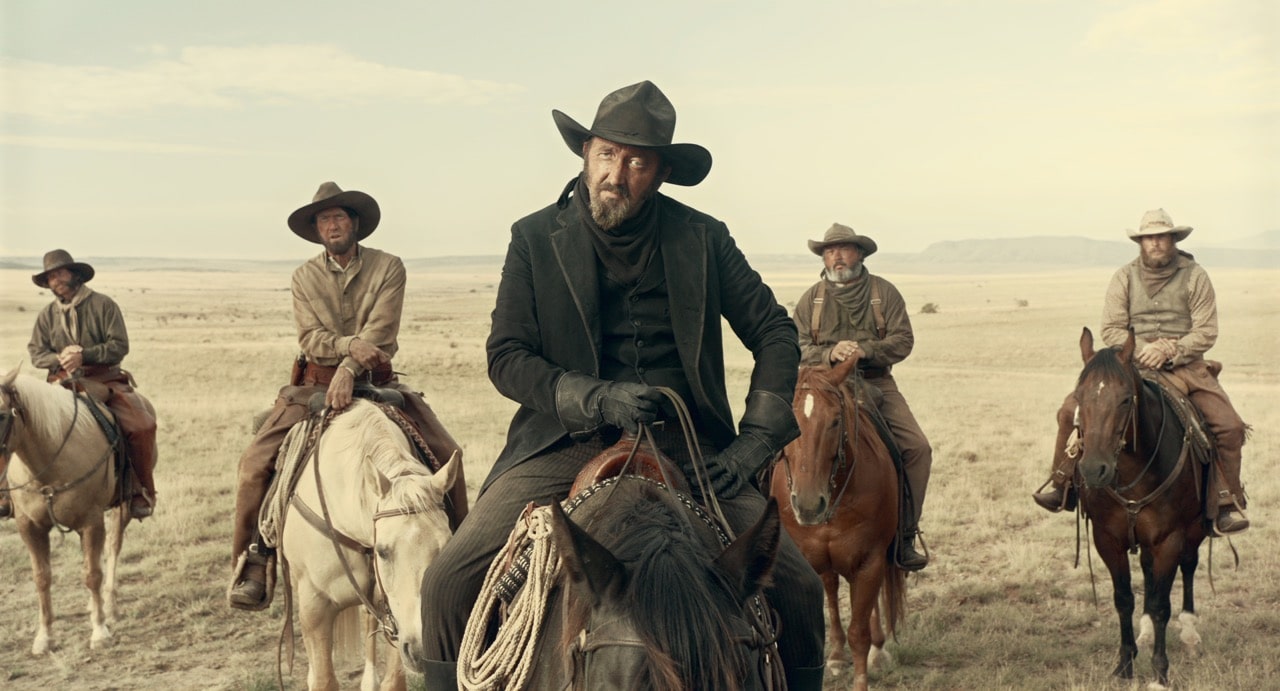 Dusty violence with a singsong twang

The film begins with the titular Buster Scruggs, singing his way across the open plain and breaking the fourth wall – addressing the audience in a way that feels very Coen-esque. Scruggs is beautiful, as a character and a film. Longtime character actor Tim Blake Nelson, who plays Scruggs, brings a sweet innocence to the character. From his spotless white button up, to the lilt in which he addresses rough-looking bar patrons, everything about Scruggs is unassuming.

That is until he starts murdering everyone in sight. And it’s here where the classic Coen atmosphere comes to life. Amidst the beautiful landscapes and sun drenched colour palette, is the violence that borderlines on the absurd. The various duels that take place are from 80 feet away – and of course Scruggs has perfect aim. It’s hard not to laugh when Nelson is able to shoot down six men before one is able to reach for his gun.

Robert Redford Robs Banks in The Old Man and the Gun

There are a few different types of Coen brothers films and they all border on the absurd. Whole books have been written about the duo and their style of writing and directing so I won’t go to in-depth here. But Scruggs is a mix of the absurdist comedy that permeates throughout most of their films, mixed with the ultra violence that punctuates their visuals.

The first and last stories in the film are the longest, acting as bookends if you will. The other four are shorter and alarmingly so. For example, there’s one vignette with James Franco robbing a bank in the middle of nowhere. Of course things go hilariously wrong and suddenly he’s facing a bank manager wearing pots and pans as armour. It’s probably the shortest of the bunch and it felt a little pointless.

My favourite of the six narratives is “All Gold Canyon” featuring a Tom Waits that’s both surprising and emotionally resonant. Waits is a gold prospector working what seems to be the Yosemite valley. What begins as a lonely and beautiful experience quickly devolves into violent absurdity – because of course.

Then there’s “The Girl Who Got Rattled,” which deals with a band of settlers making their way across the midwest for California. The story focuses on Zoe Kazan’s Alice Longabaugh and the trial and tribulations she goes through. It combines everything we love about Coen brothers filmmaking. It also seems like a final note to the Scruggs story, but it’s not the final story which is a tad disheartening.

With Bruno Delbonnel helming cinematography, the Coens have once again crafted a beautiful looking film. It’s breathtaking really, and maintains that sense of cartoonish-ness that permeates throughout the rest of the film. There’s no way the west ever looked this good and the way Scruggs is shot, the Coens know this.

Colours pop off the screen and everything is vivid. The Coens have always been masters at visual storytelling and that’s certainly the case with Scruggs. The film looks so good in fact, that I wanted to spend more time in the worlds they’ve created, which is another reason why I wish this was a Netflix series instead of a two-hour jaunt through the Coen’s “best of” repertoire.

Overall, The Ballad of Buster Scruggs is a good entry in the Coen brothers filmography, but a disjointed feeling holds it back from being one of their greats.