Writers: Their Lives and Works

Writers: Their Lives and Works (DK Publishing 2018) is a gasp-taking celebration of more than 80 of the greatest novelists, poets and playwrights from Dante (1265 – 1321) and his damned Inferno to contemporary authors such as Philip Roth, Salman Rushdie and Alice Walker.

Organized chronologically into six chapters, each biography features a stunning portrait and offers not just the writer’s provenance but also their legacy. And because writers aren’t like regular people entries trace the friendships, loves and rivalries that influenced their work and the historical context that shaped it. And that’s where things get uber interesting.

Take Aphra Behn (1640 – 1689). Don’t know her work? Neither did I. But I learned that she was one of the first women in Britain to earn her living as a writer – in addition to being a British spy in the British/Dutch trade war. Acknowledged as a major writer while she was alive, her work languished for two centuries after her death because it was considered too bawdy. (A song from her third play The Dutch Lover explored female desire – head of her time, right?)

Or one of my all-time favourite authors: Edgar Allan Poe (1809 – 1849). Who can’t recite a few lines from The Raven, or remember the plot of Fall of the House of Usher or The Cask of Amontillado? Creepy, all of them. Well, it seems mental health challenges – he was dogged by alcohol abuse, instability and depression – contributed to his creative genius. He died in 1849, two days after he was found “in great distress” on a Boston street, wearing someone else’s clothes. Cause of death was never determined but speculation suggested he died from drug and alcohol abuse or heart disease or syphilis or – wait for this – infection from a rabid vampire bite. Yikes.

I was especially delighted to see that Alice Munro, my most favourite author EVER, is included in the Writing Today chapter. Munro, who was born in Wingham, is a multi-award winning short story writer – she was awarded the Nobel Prize in Literature in 2013 – whose stories reveal the richness of the lives everyday people, especially girls and women; she has been called one of the world’s greatest contemporary writers of fiction and dubbed our Chekhov. Do not miss Lives of Girls and Women – this is not chick lit.

Writers is a glorious reminder of the impact that compelling stories, beautifully crafted, have on the lives of those who read them. Another holiday heads up: buy a copy for all your favourite bookworms. 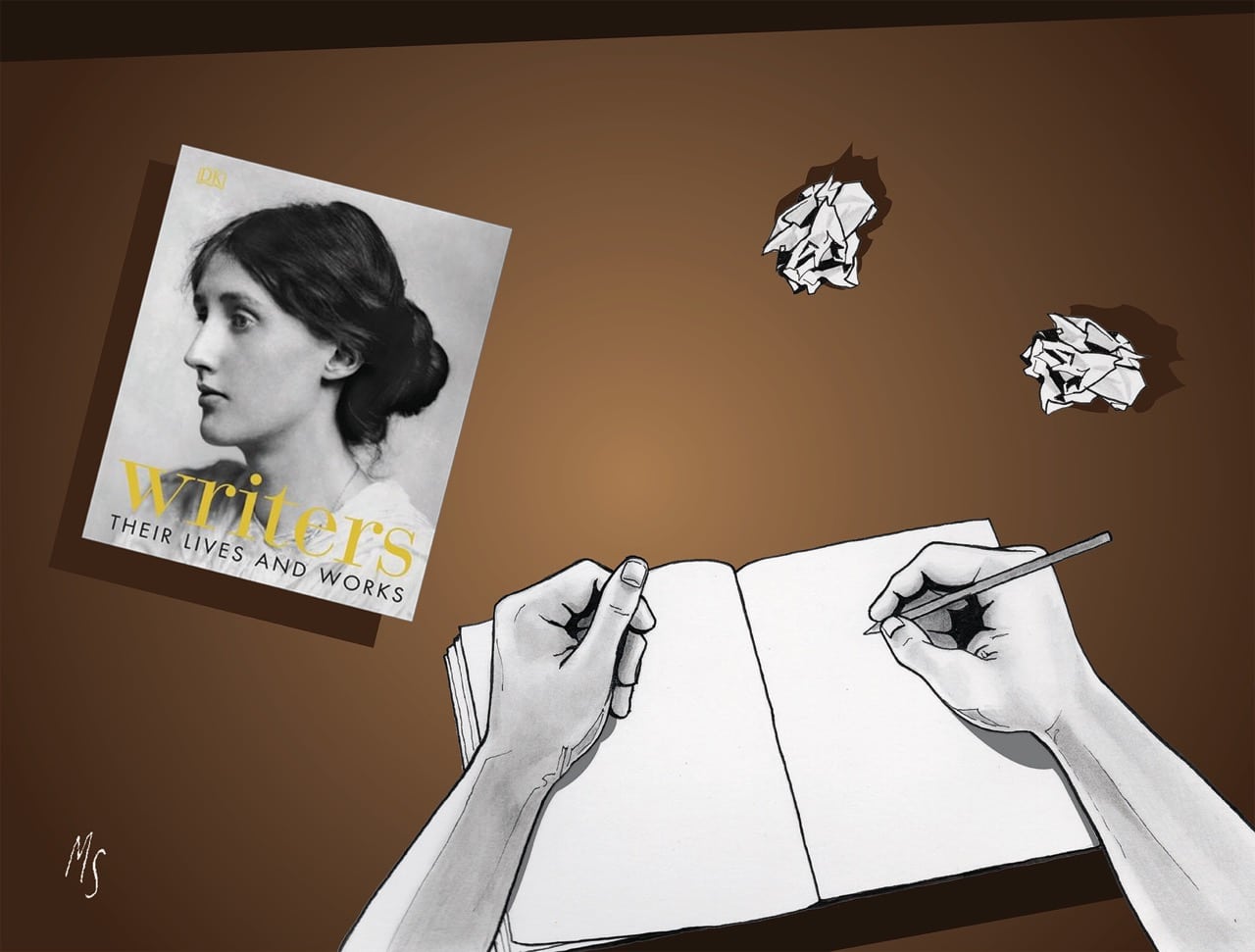 You’re sitting on a patio enjoying a well-deserved Negroni when your bestie leans in and whispers, “Don’t look now but that guy behind you is hot.” You carefully sneak a peek and think, “What?! I guess beauty really is in the eye of the beholder.”

Pop quiz: What do beauty and art have in common? Yup – that eye of the beholder thing.

And that’s why Art: The Definitive Visual Guide (DK Publishing 2018) is your new go-to art appreciation Bible, offering a guided tour of 2500 of the world’s most influential paintings and sculptures, from prehistoric cave paintings to contemporary new media.

According to Art: The Definitive Guide, there really isn’t a definitive answer as to why some pieces appeal to you and others don’t. But if you begin to understand how and why the artist created the piece – what he or she was trying to say – you may not love it, but you will appreciate it.

Before you get started on your tour, spend some time in Looking at Art, the first section. It pulls apart the elements of paintings and sculpture, from subject and composition to perspective and viewpoint to light and shade and media and techniques, using beautiful images and art snob-less language to help you “read” the piece you’re looking at.

For example, included in the prehistoric chapter is a look at Australian cave and rock art from 40,000 BCE (seriously) to 1780 BCE. Australian Aboriginals believed that the original drawings were done by Creation spirits during the Dreamtime, the ancestral past, when their shadows passed over the landscape. The Lightning Brothers, depicting two Creation heroes, are faceless – and super evocative – because they were tribal deities and varied from region to region.

The remaining five chapters explore art from the 15th and 16th centuries to present day, explaining each artistic movement with descriptions of origins and influences, characteristic styles and techniques, and typical subjects. Key paintings are examined in detail to help you understand the artist’s intentions, style, and method.

A visual timeline gives an overview of the scope of each major movement and an especially influential piece is presented as a stunning full page followed by a Closer Look that gives the back story, puts the art in context and then breaks the piece into close ups that explore the elements you discovered in Looking at Art.

Art is a spectacular visual feast – keep it close because you’ll return to it again and again. 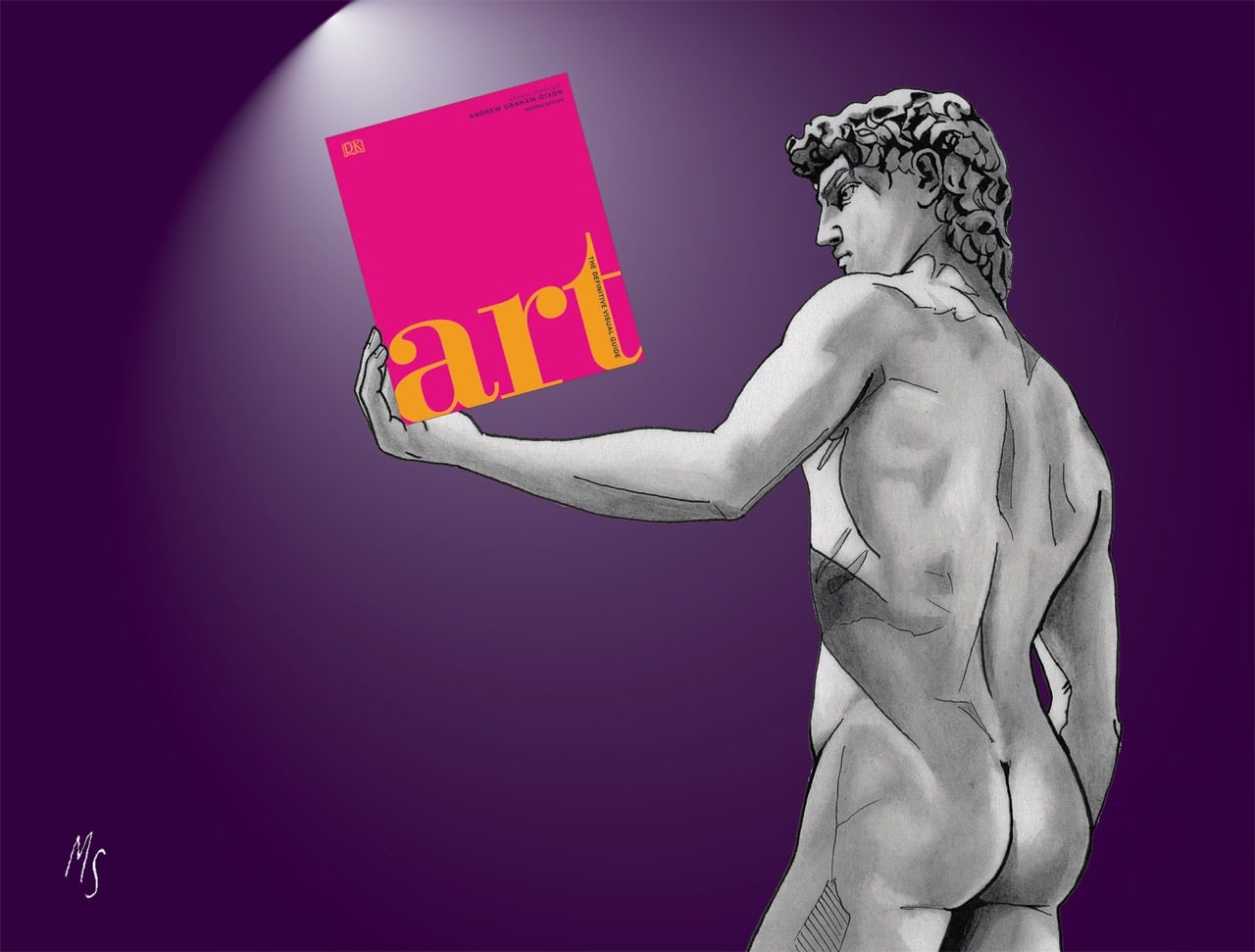 Steve Jobs was a complicated guy – brilliant, selfish, ruthless, egomaniacal – he alienated his supporters and massively mistreated the people who loved him.

I’ve been a committed MACer since forever, but I admit, I never thought Jobs was a nice guy and Small Fry, a memoir by his daughter Lisa Brennan-Jobs, didn’t do much to change my mind.

Brennan-Jobs was born on a farm and named in a field by her parents, Chrisann Brennan and Steve Jobs. Jobs denied that Brennan-Jobs was his daughter and never paid child support.

When Brennan-Jobs was two, the district attorney for San Mateo County, California, sued Jobs for child support and reimbursement of the welfare money she and her mom had been living on.

Jobs responded by denying paternity, swearing in a deposition that he was sterile, and naming another man as Brennan-Jobs’ dad.

A bunch of DNA tests later, he lost. The case dragged on for four months and then bam, Jobs’ lawyers steamrollered a deal.

Know why? Four days later Apple went public and Daddy Dearest was worth more than $200 million.

Steve Jobs was a cold, critical, self-absorbed, in and out father and frankly, I’m stunned that Brennan-Jobs is as undamaged as she seems to be, a testament, I guess to her mother’s unconditional love and support.

Brennan-Job spent her life trying unsuccessfully to get her dad to recognize her, validate her and finally to love her. No surprise: much of who she is and how she relates to the world is a result of her quest to be included in his life.

There is no happy ending here.

On his deathbed, Jobs tells his daughter, ““You were never to blame,” and starts to cry. “I wish I could go back but it’s too late. What can I do now? It’s too late.” 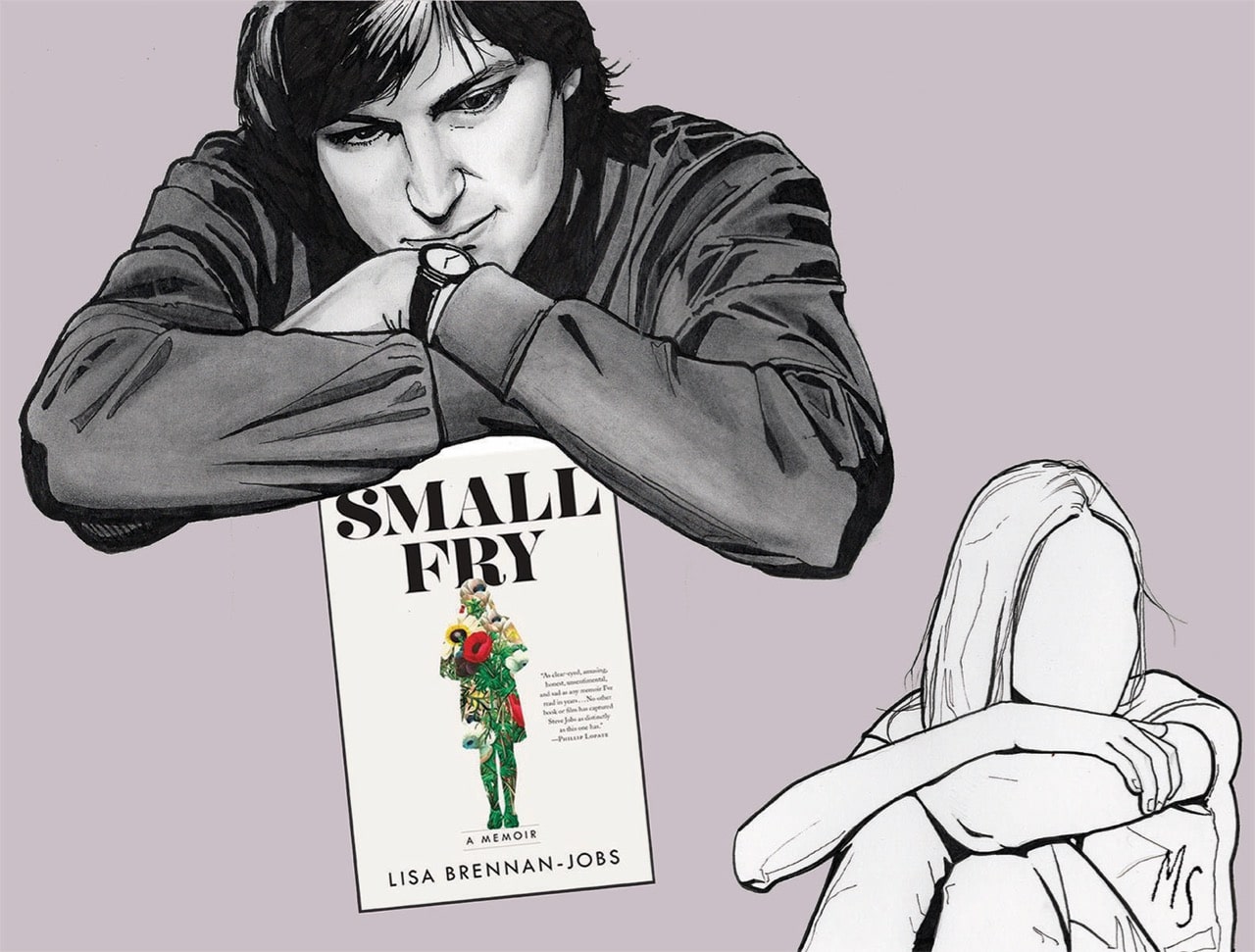 Foe, Iain Reid’s second novel – his debut I’m Thinking of Ending Things was a cult favourite – is a tight, twisty, slow burning read you will not be able to put down. So good thing it’s short.

Junior and Henrietta live a quiet, solitary life way out in the country. They enjoy their seclusion, their company limited pretty much to each other, though it seems a little odd all the same.

Late one evening, a stranger named Terrance and his posse arrive at the farmhouse with a wacky news flash: Junior has been long-listed in a government lottery to work construction on a space resettlement project run by a company called OuterMore.

Two years later, Terrance is back: Junior has won a spot and is heading into space. But it’s all good. Hen won’t have to spend years alone in the back of beyond. Outermore will create a duplicate Junior to keep Hen company while he’s gone.

As Junior and Hen await Junior’s departure, their marriage begins to show fault lines. Junior becomes more and more controlling, sure that he knows better than Hen the stuff she likes to do and the kind of life she wants to live. He never asks her: he just knows. Hen, for her part, becomes more outwardly passive than the rule-breaker Junior fell for; her rebellion is all interior.

Nothing much happens in Foe – that’s why it’s a psycho-thriller, right? But you’ll ponder what it means to be – or not to be – human long after you turn the last page and ask, “What the hell just happened?!” 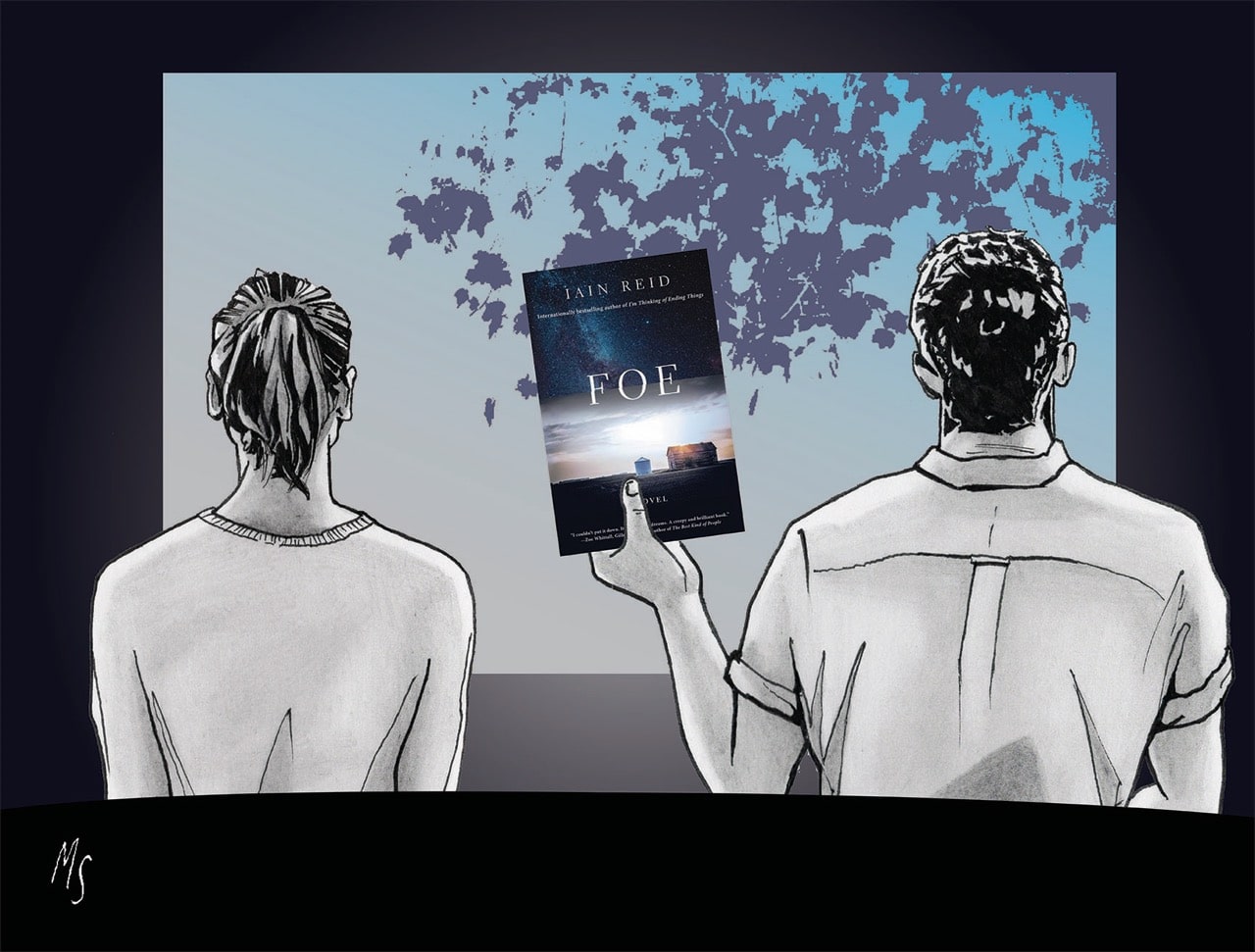 In April 1942, 25-year-old Lale Sokolov, a charming, educated and sophisticated Slovakian Jew, was crammed into a cattle car and sent to Auschwitz-Birkenau. The Nazis learned that Lale spoke Slovakian, German, Russian, French, Hungarian and a bit of Polish, and they put him to work as the Tatowierer, the camp tattooist, responsible for branding the men, women and children as they arrived in Hell.

Based on interviews with Lale when he was in his late 80s, author Heather Morris fictionalized his story so The Tattooist of Auschwitz is not a biography but neither has it been created from whole cloth, and Lale, his wife Gita and their extraordinary journey ring sufficiently true that you don’t really care what parts are real and what parts aren’t.

As the tattooist, Lale worked for the Political Wing of the SS. He was watched over by an officer, which gave him slender protection. He ate his meals in the administration building and was given extra rations. He slept in a single room. But regardless of his elevated circumstances, his was never really more than a step ahead of death.

Lale and Gita manage to steal moments together and their love blossoms in the darkest time and place in history. When Auschwitz-Birkenau is evacuated in 1945, the two leave on separate escapes but Lale knows he will find Gita. The odds are ridiculous, he admits, but so was surviving the camp.

In a truth-is-stranger-than-Hollywood happenstance, Gita finds Lale. They marry, and go on to survive the Soviet takeover, make a dramatic escape from the new Czechoslovakia to Australia, and start another new life with their son Gary.

The Tattooist is not a death camp story, although that’s where most of the book takes place. It’s a remarkable testament to strength, courage and the resilience of the human spirit. And it reminds you that often the impossible is possible – for better and for worse. 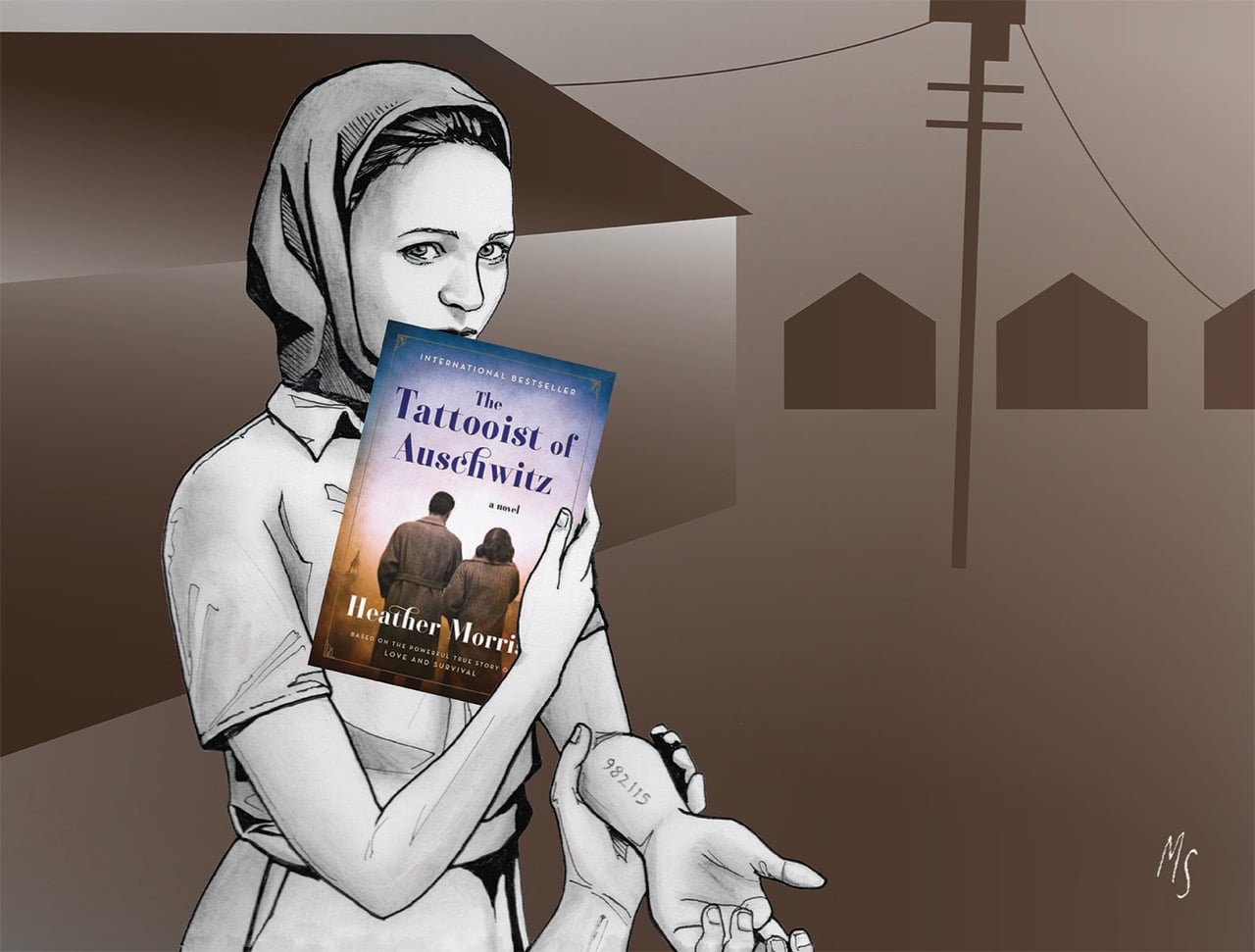