I failed chemistry in high school. Ditto physics. I only passed biology because when I tucked the scalpel into the frog and upchucked my grilled cheese sandwich my science teacher didn’t want me back the next year.

Where was How Science Works (DK Publishing 2018) when I really REALLY needed it?

Organized into five chapters – Matter, Energy and Forces, Life, Space and Earth – How Science Works uses clever illustrations and infographics to answer common science questions and walk you through complicated concepts, not only the ones I never grasped at school, but also the cutting edge ones reported in the news that I don’t understand either.

Consider this: large-scale production of spider silk could lead to new bulletproof materials. Spider silk is as strong as steel but much lighter and it’s stretchable so it resists breakage. Who knew?

How much energy is in that 50g Cadbury Dairy Milk bar? About 250 calories – the same amount of energy used by an average human body every 2.5 hours. Yikes!

OK climate change. Yup, it’s happening. The adverse effects of global warming? Violent storms. Check. Flash floods. Check. Drought. Check. Polar ice is melting fast. In March 2017, winter sea ice in the Arctic reached its smallest-ever extent; water from melting glaciers is flowing into oceans and raising sea levels. Not to get all alarmist on you but according to How Science Works, if the melting polar ice sheets start to collapse, sea levels could rise up to 25m, swamping coastal cities such as London, New York, Tokyo and Shanghai.

And to answer that burning question: can anything live forever? The jury is out on whether any single organism can cheat ageing. That said, some cnidarians – simple animals that include anemones and jelly fish – show no apparent signs of deteriorating with age. The Turritopsis, known as the immortal jellyfish, can even revert to a rejuvenated state. Sephora should figure out what’s going on here and put it into an anti-aging cream, am I right? 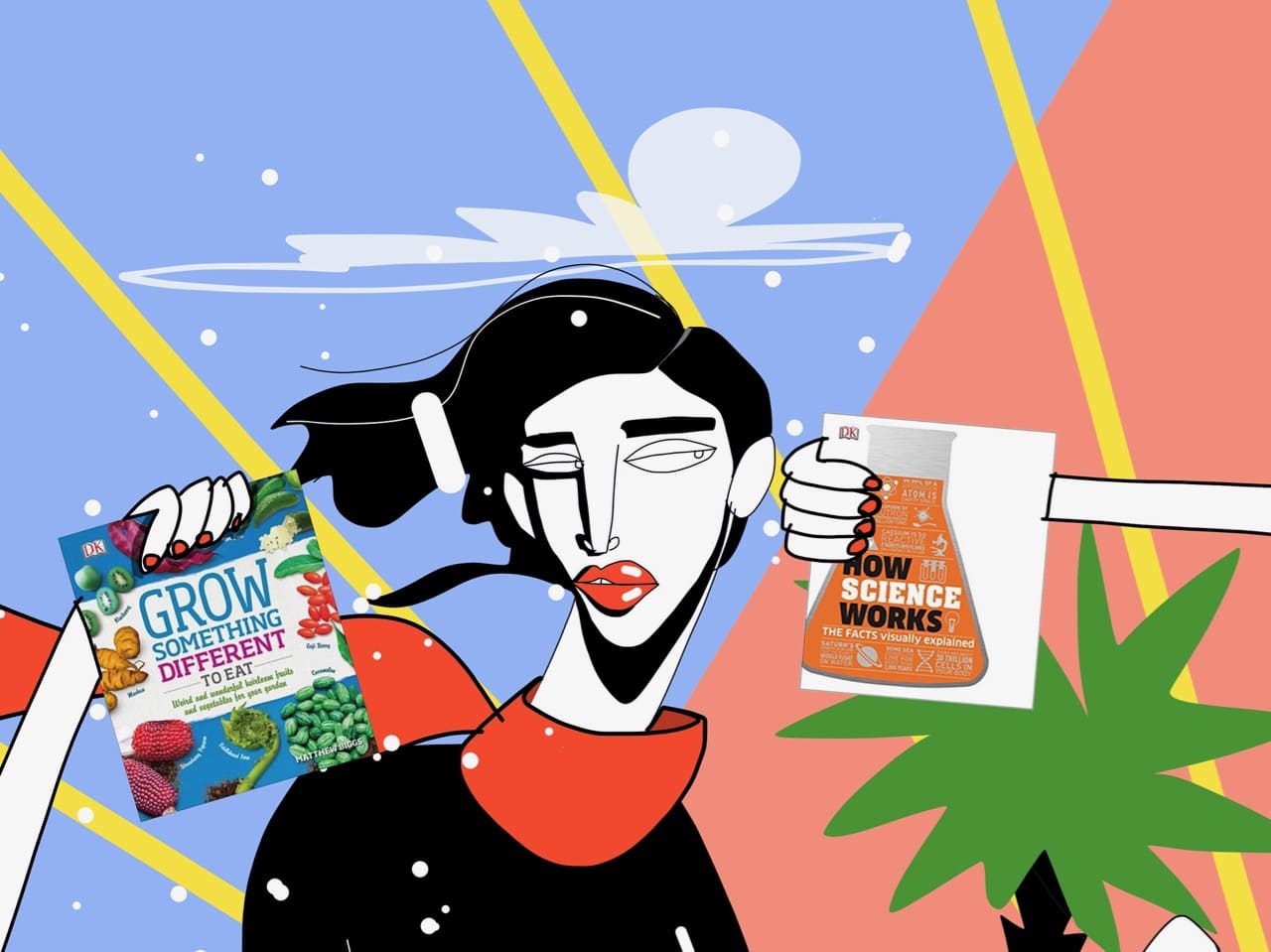 Grow Something Different To Eat

I’m always excited when a new vegetable book lands on my desk because between us, there is only so much kale and green beans I can eat.

Grow Something Different To Eat (DK Publishing 2018) not only introduces you to more than 50 fruits and vegetables I bet you’ve never heard of, but also includes Cook’s Tips sidebars on how to keep them fresh, how to eat them and how to preserve them.

Divided into seven chapters – fruiting vegetables; salad vegetables; leafy greens; roots, bulbs and shoots; grains and seeds; herbs and spices; and fruit – each edible includes a overview of what it is, step by step growing how-to’s, and the soil, sun and water conditions it needs to thrive.

A few that caught my attention – full disclosure: their party potential made them extra interesting:

Cucamelons look like miniature watermelons – they’re at their crunchy best at 2 to 3cm long – taste like a limey cucumber and can be grown in pots. You can toss them into salads or better yet, use them in place of olives in your dry martini or slice them into a thirst-quenching G & T.

Strawberry popcorn, miniature cobs with ruby-red kernels that can be popped whole and enjoyed right off the cob. Tell me this wouldn’t make a brag-worthy snack with your fave craft beer?

Turkish orange eggplant, an heirloom variety you can grow in pots, – are small and look a little like tomatoes, starting off green, developing orange stripes and then turning fully orange when they’re ripe. Like their larger purple cousins, these eggplants can be grilled, sautéed, braised, baked, roasted or stewed but how ‘bout frying them in sesame oil and serving with fresh figs and a glass of Prosecco? 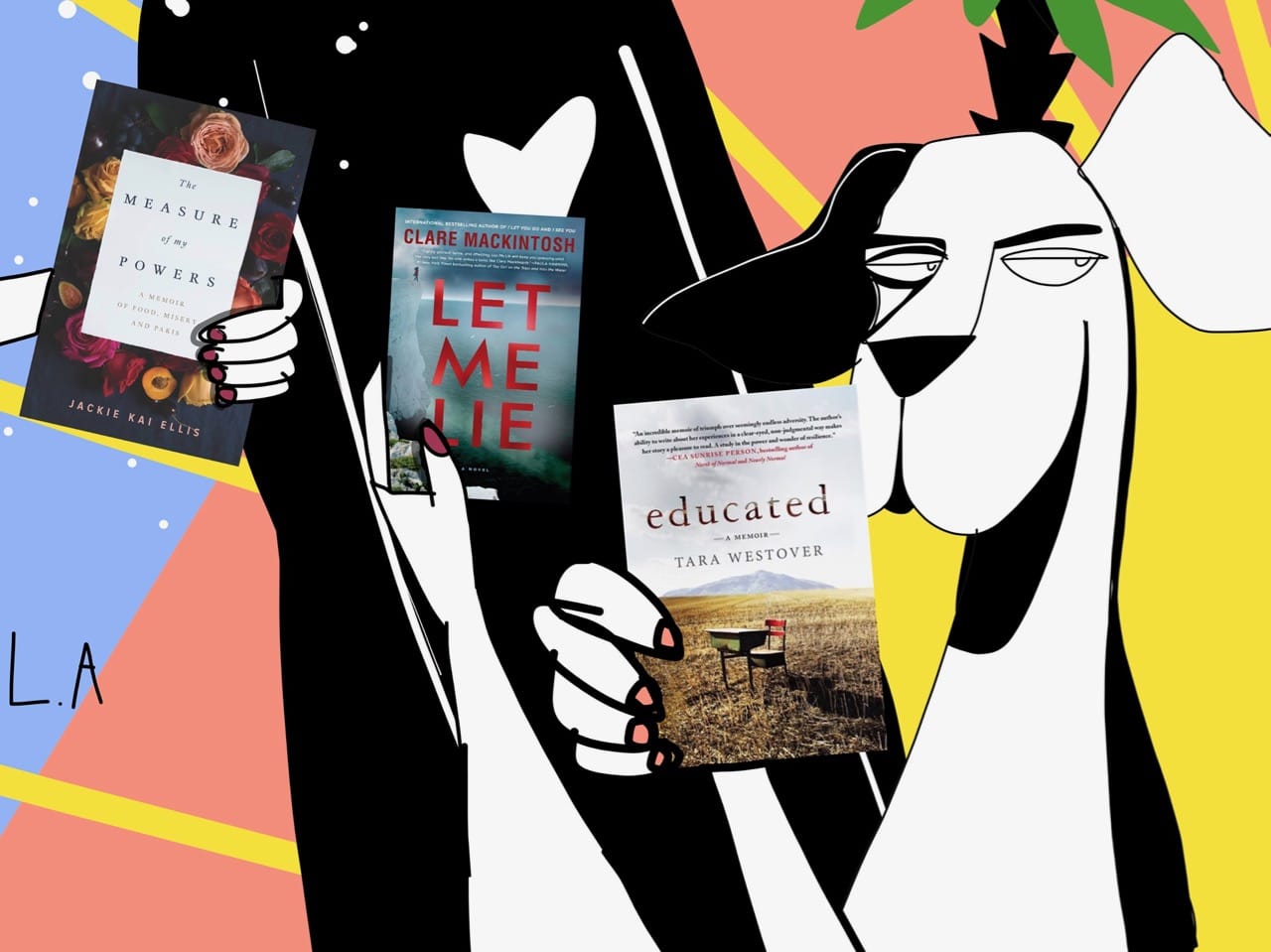 The Measure Of My Powers

Jackie Kai Ellis is the founder of the hugely successful Beaucoup Bakery & Café in Vancouver, and the Paris Tours, an intimate walking tour of the best Parisian patisseries (she got a shout out in Vogue last year).

The Measure of My Powers: A Memoir of Food, Misery and Paris is her chronicle of her journey from where she was – unhappily married designer – to where she is – happy, confident and successful entrepreneur, who is earning her living doing only stuff she loves.

Before, Kai Ellis tells us, she had the trappings of a totally awesome life: in her late 20s, she was married to a handsome guy, had a successful career as a designer, owned a home.

But she was miserable. Depressed. Her marriage had grown cold and silent. Kai Ellis didn’t know who she wanted to be but she was pretty sure who she was wasn’t it, She escaped to her kitchen and food – especially baking – became her lifeline.

Most of us would have just enjoyed those cakes and pies and homemade bread and put on 30 pounds. Not Kai Ellis. Nope – emboldened by what she was discovering about herself and inspired by M. F. K. Fisher, a preeminent food writer whose books were really a mash up of food literature, travel and memoir, she set out on a global food adventure to Paris, Italy, incongruously the Congo, and then back to Paris where she studied at the École Gastronomique Bellouet Conseil, returning to Vancouver to open Beaucoup and discover that finally, she was at home.

The Measure of My Powers – Kai Ellis borrows the title from the overarching title for 11 chapters in Fisher’s The Gastronomical Me – is a celebration of self-discovery and finally, not just self-acceptance but self-love. It’s lyrically written, often painfully honest, and in the end, inspires you to remember, to let go, to forgive yourself and to find joy in a life that is of your own making.

You loved I Let You Go, right? And also I See You? Well Clare Mackintosh is at it again with Let Me Lie, a psychological thriller that kept me turning pages way past my bedtime.

Tom Johnston, the middle-aged owner of a successful car dealership, drives to Beachy Head, parks the car, fills his pockets with rocks, and walks off the cliff at high tide. His body is never found. Seven months later his wife Carolyn does the self same thing.

Anna, their only child, is devastated by their inexplicable suicides, blaming them, blaming herself, and trying desperately to make sense of acts that make no sense. Barely keeping it together, she seeks support from Mark, a grief counsellor; he fires Anna as a patient, then asks her for dinner, and before you know it, Anna is pregnant, the two set up house and baby Ella is born.

So far so good.

On the first anniversary of her mother’s death, Anna collects the mail and discovers a card. An expensive anniversary card, with roses and clinking champagne glasses. The message inside is typed: Suicide? Think again.

Convinced that Caroline was murdered, Anna takes her theory to the police. Intrigued, Murray Mackenzie, a retired detective who now works as a civilian desk clerk, starts digging around – unofficially – and Anna begins receiving anonymous threats.

Just like Mackintosh’s two previous thrillers, you’re pretty sure where the story is headed until she slams that door straight in your face. But Let Me Lie isn’t just a top-drawer psychological thriller that keeps you guessing until the last paragraph. It’s also an exploration of love, loss, marriage and mental illness, and the power of the parent-child relationship to hurt and to heal. 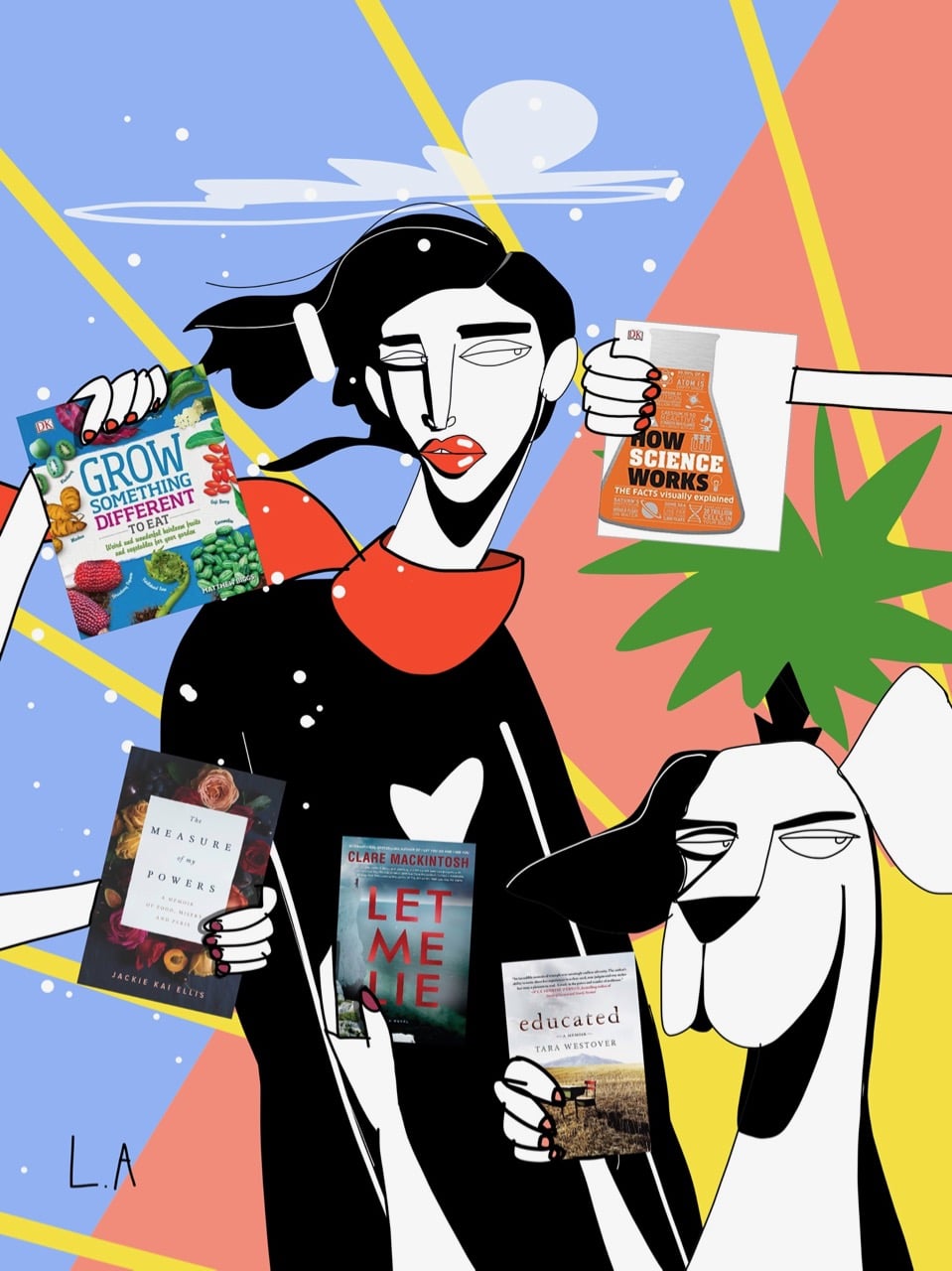 Tara was the seventh child of Mormon survivalists. She grew up in the mountains of Idaho, preparing for the end of the world as predicted by her dad – the family stockpiled food, fuel and guns and she slept with her head-for-the-hills bag at the ready when Judgment Day dawned.

Tara and her siblings didn’t go to school. They never saw a doctor – gashes, concussions, burns from explosions were all treated by her mom, a midwife and herbalist.

Westover’s father ruled with the iron fist of a man who talked but didn’t listen. He preached of the word of God as he interpreted it, railing against the government and the behaviour of “gentiles” – pretty much anyone who disagreed with him and especially women who wore skirts shorter than their calves or worked outside the home. The Westovers lived off the land and off the grid with no friends outside of the family, and limited interaction with the larger world.

Westover’s childhood also included being on the receiving end of her older brother’s fists; he would routinely drag her by the hair to the bathroom and shove her face into the toilet bowl until she came close to passing out.

Mid-teens, Tara knew she wanted to go to school. She taught herself what she could, from the few books mildewing in the basement, and sat the exams for entrance into Brigham Young University.

Westover was accepted and at 17, left the mountains for Provo, Utah and against unbelievable odds, received a BA in history from BYU in 2008 and subsequently was awarded a Gates Cambridge Scholarship. She earned an MPhil in intellectual history and political thought from Trinity College, Cambridge in 2009 and in 2010 she was a visiting fellow at Harvard. She returned to Cambridge and received a PhD in history in 2014.

Westover has every right to be angry at a childhood denied and at emotional scars that may never heal. She isn’t. And she doesn’t want our sympathy. She tells her story simply and directly, without judgment, and I expect the telling was cathartic.

“It’s strange,” she wrote in her journal when she was 15, “how you give the people you love so much power over you.”

Her struggle to lay her own bedrock of belief and discover her authentic self didn’t have a happy ending. She is estranged from her father and some family members, but in the writing of Educated, reconnected with others.

“You could call this selfhood many things,” she writes in closing. “Transformation. Metamorphosis. Falsity. Betrayal. I call it an education.”