Low Carb on the Go

I want to make it clear: Low Carb on the Go (DK Publishing 2018) is not pushing no carb. It’s suggesting you trade your simple carbs, the ones found in fast food, snacks, pop, and pasta made from low-quality flour for the complex carbs found in whole grains, vegetables, fruit, nuts and such.

Carbs are our most important source of energy, point out authors Sandra and Mirco Stupning, and avoiding all carbohydrates is not healthy in the long run. But eating low carb lunches and snacks at work is tough unless you bring them from home – and that sounds like way too much work, am I right?

To the rescue: Low Carb’s 80 fast and healthy make-and-go recipes plus ways to haul them to work even if you’re riding your bike.

Divided into five sections – Breakfast, Breads and Spreads; Vegetarian; Meat and Fish; and – yay! – Snacks and Cakes, each recipe is beautifully photographed and comes with prep time at home and work, and nutritional info including carb count plus a legend reminding you of the best way to tote your treats and what you’ll need to enjoy them on the job.

I’m not a breakfast eater – I know, I know, most important meal of the day etc. – but the extra creamy Chocolate Pudding looked intriguing: an avocado, some cocoa powder, a couple of dates and 80 ml of almond milk. Delish. Seriously.

And how ‘bout this vegetable noodle soup? Layer zucchini noodles, cabbage, squash slices, and red and yellow pepper strips in a tall Mason jar. Come lunchtime, fill the jar with boiling water and leave to steep for about five minutes.

Low Carb on the Go should be a low-carbers go to cookbook: tasty, haven’t-read-this-a-million-times-before recipes you don’t need a culinary diploma to whip together, using ingredients you can get pretty much any old place. And lots of them would make yummy park bench picnic lunches, too. 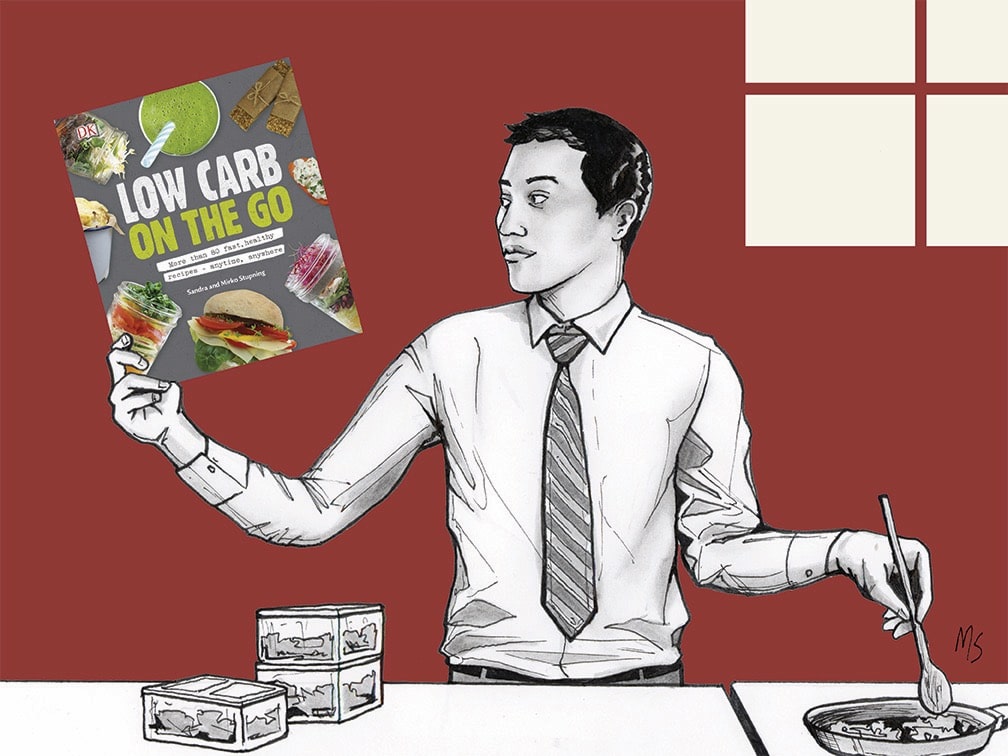 Art is pretty much in the eye of the beholder. I don’t mean the a-trained-monkey-could-have-painted-this response; I mean that while art appreciation is personal, the more educated your eye, the more likely you are to enjoy an immersive experience.

Sure, you could signup for an art appreciation class but why not pick up a copy of Great Paintings: The World’s Masterpieces Explored and Explained (DK Publishing 2018) and educate your eye as you sip an ice cold Pommies.

Paintings often have hidden levels of meaning, the authors explain, and the closer you look, the more you see and the richer the experience becomes.

Great Paintings is a visual guided tour of 66 of the world’s greatest paintings, starting with an astonishing silk painting on a hand held scroll by Zhang Zeduan (C1100) and ending with an equally remarkable mixed media piece by Anslem Kiefer (2017).

Each work opens with a lush reproduction of the painting and an analytical overview – the artist’s backstory, the painting’s historical and social context, and the key elements that make it timeless.

Then, the Visual Tour pulls the painting apart element by element, explaining the composition, techniques and hidden meanings, and helping give voice to what is most often an emotional experience.

My favourite? Jackson Pollock’s Autumn Rhythm (Number 30), a drip or action painting created in 1950. The technique involved unrolling a large piece of canvas on the floor and flicking, throwing or pouring paint wherever he wanted to. It looks like controlled chaos, and I bet each viewer interprets the work differently.

In 1939, when Pollock was being treated for alcoholism, he started bringing his drawings to his therapy sessions, sure that creative impulses came directly from the subconscious and eager to explore his drawings’ interpretations with his Jungian therapist. In 1946 he decided he’d just focus on painting and not fuss about its symbolism. And that was the turning point.

Great Paintings is like a tour of the world’s best galleries without leaving home – it deserves a spot on your bookcase. 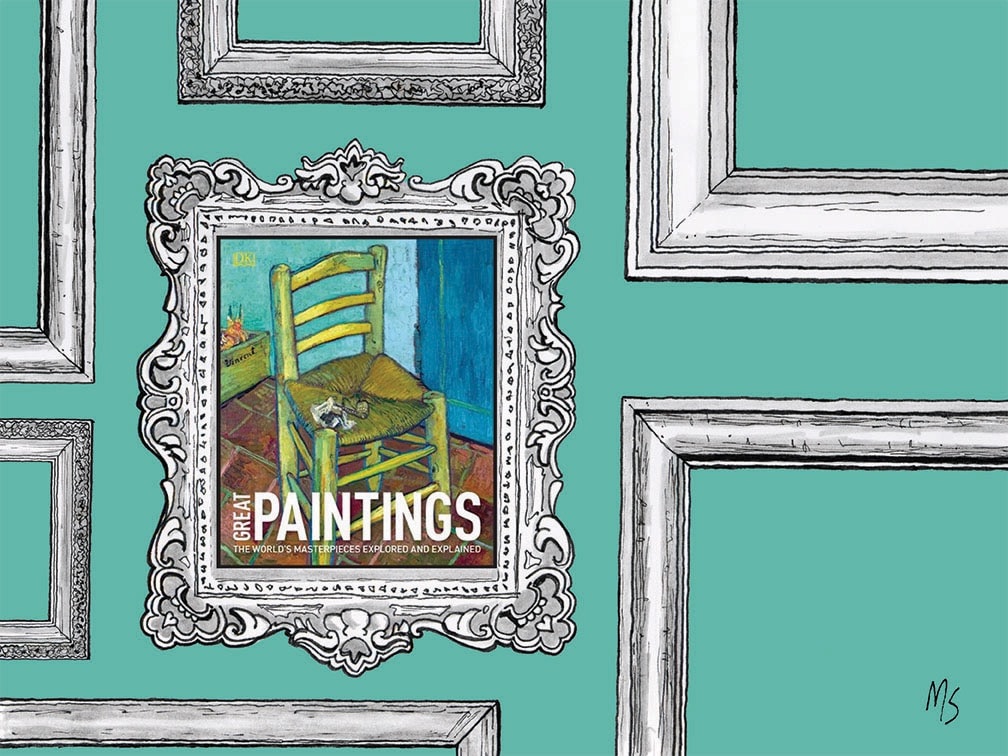 London 1941. Emmeline Lake and her BFF Bunty are doing their best to support the war effort – Emmy volunteers as a telephone operator for the Auxiliary Fire Service – and stay cheerful despite the Luftwaffe trying to blow them up.

Emmy dreams of becoming a Lady War Correspondent and when she spies an advert in The London Evening Chronicle for a junior, she crams for her interview – Bunty quizzes her on the national and international news – and she lands the job.

Well. Sorta. The job she gets is typist for the agony aunt columnist of Woman’s Friend magazine, owned by the Chronicle.

Mrs. Henrietta Bird is a classic big bosomed, loud voice and uber opinionated upper class English woman, all bombazine and bombast – you’ve met her in countless 1940s British movies – and a force to be reckoned with.

But as Emmy reads the desperate cries for help she asks herself: what kind of a woman’s friend was the magazine if the editors refused to step up. So Emmy does, secretly responding to the Unpleasant letters.

Meanwhile, the war rages on, loved ones die, Emmy and Bunty’s friendship is seriously tested and a stiff upper lip is mandatory.

Dear Mrs. Bird is a frothy British romp (think Coronation Street meets Downton Abbey) but it’s also a poignant reminder of the pluck and perseverance of the women on the Home Front – and a totally perfect summer read. 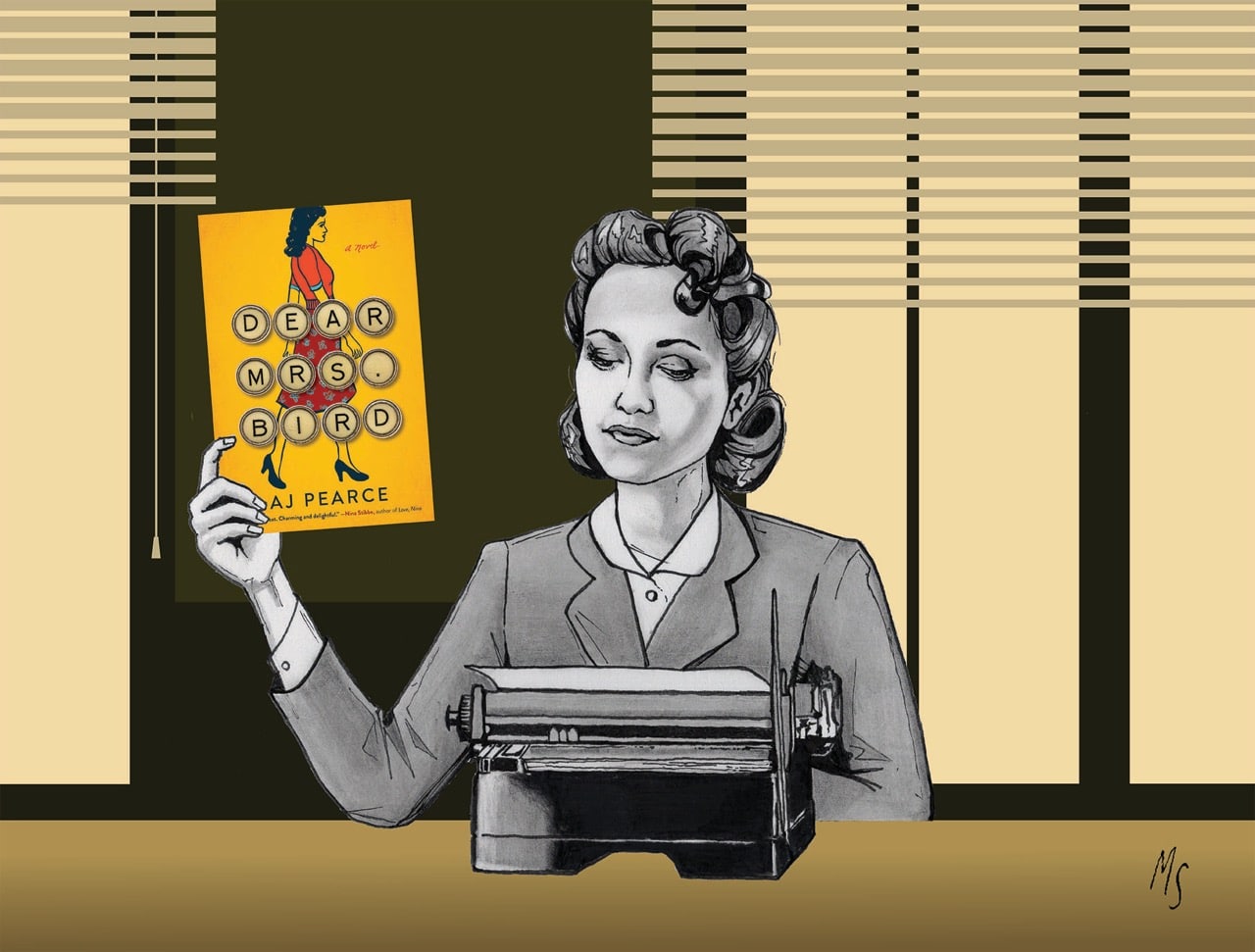 The Dying of the Light

Robert Goolrick’s latest – he’s the author of the best-selling A Reliable Wife – is a grand gothic tale of love, scandal, sex, mystery and intrigue.

Diana Cooke was “born with the century” and came of age after World War I. She is raised to save Saratoga, the Virginia home to five generations of Cookes, once the most magnificent estate in America but now, thanks to setbacks both family and Nature made, has sunk into ruin. Her role: marry money and save Saratoga.

Luckily, Diana is stunning, the debutante of her year who brings men and boys to their knees wherever she goes. Diana catches the fancy of Captain Copperton, sportsman, drunk and stinking rich – but nouveau, with no distinguished family bloodline. Diana offers the one thing he craves most: upper class respect.

At 19, Diana marries the Captain, saving Saratoga, and quickly gives birth to Ashton Cooke Copperton III – there is no I or II (the respect/bloodline thing).

Copperton is a brutal partner who, sure enough, comes to loathe Diana for everything he is not: this is mean and nasty union, except for Ash, whom they both love to their core. When Copperton breaks his neck riding recklessly to hounds, he delivers the coup de grace: his entire estate goes to Ash. Ash goes off to private school and then to Yale, only coming home on holidays until he quits university and arrives home for good with his best friend Gibby.

He legally changes his mother’s name to Diana Cooke Copperton Cooke, hands over the Captain’s fortune, and engages an eccentric but celebrated New York designer to return Saratoga to its former glory, once and for all. So far, so good. But Ash loves Gibby, Diana takes up with Gibby. You know this is not going to end well.

The Dying of the Light is very Gone with The Wind – Diana/Scarlett, Copperton/Rhett , the faithful Negro surrogate mom – but with a lot more sex and scary-odd characters. Watch for the Netflix series. 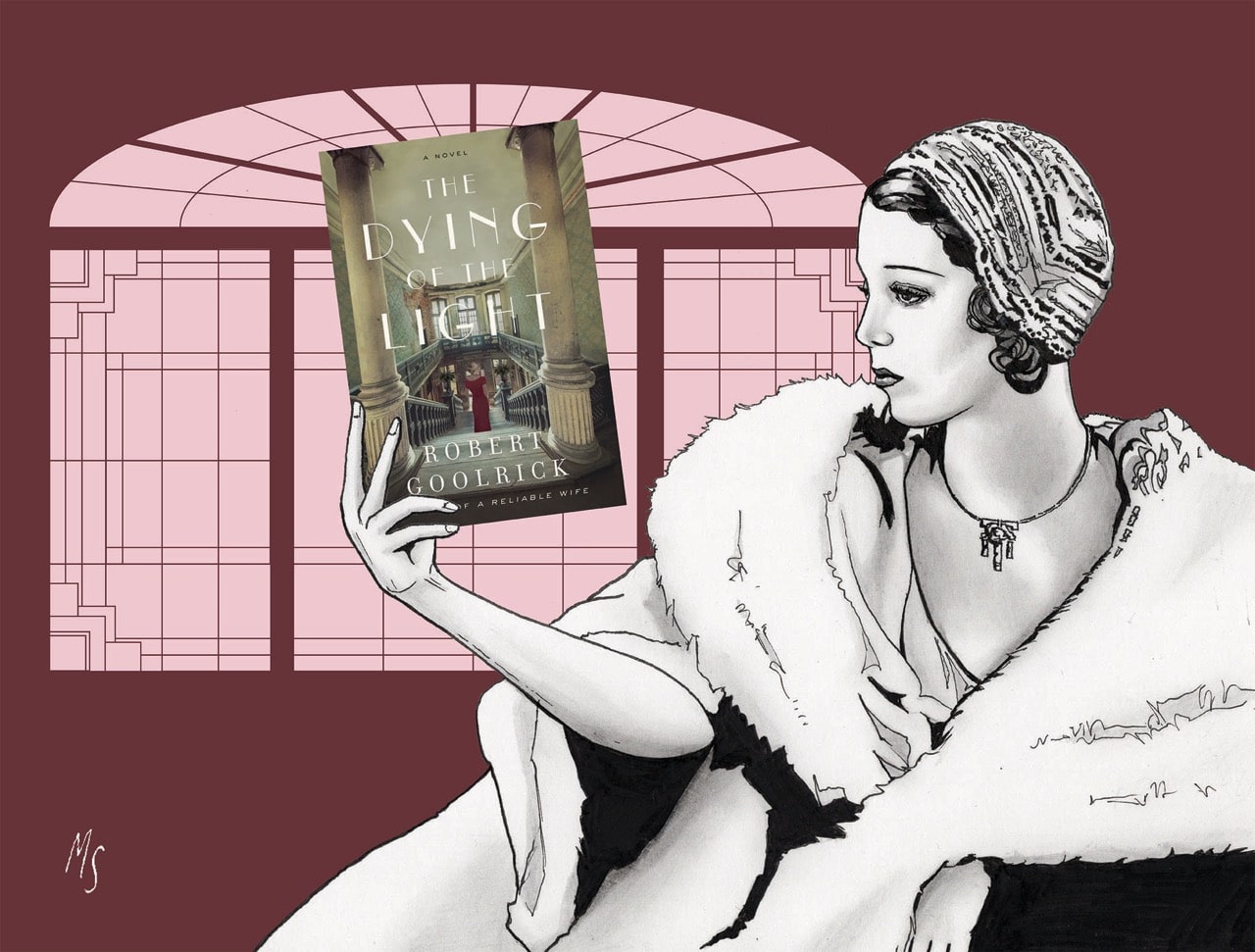 OK, The Other Woman is a spy novel. But it’s the latest from award-winning New York Times best-selling author Daniel Silva so it’s not simply a spy story. It’s a crisp, carefully crafted and page turning tale of international intrigue that hooks you from the Prologue.

In an isolated village in the mountains of Andalusia, a woman the locals call la loca is writing a tell-all, an explosive story about the man she met in Beirut back in the bad old days and the child that was snatched from her some years later in Paris.

Meanwhile, Gabriel Allon, a revered art restorer, assassin and chief of Israel’s secret intelligence service, is lured back into the game when a critical double agent inside Russian intelligence is assassinated while attempting to defect in Vienna.

It was supposed to have been a simple exchange.

As Allon works with his British and American counterparts – especially Rebecca Manning, British Head of State in Washington – to uncover the traitor behind the murder, he sets in motion a spy versus spy series of double-crosses that pits him and his allies against Russia in what might well mean an end to the current world order.

I’d like to tell you more but then you won’t be staying up way past your bedtime to turn the last page. 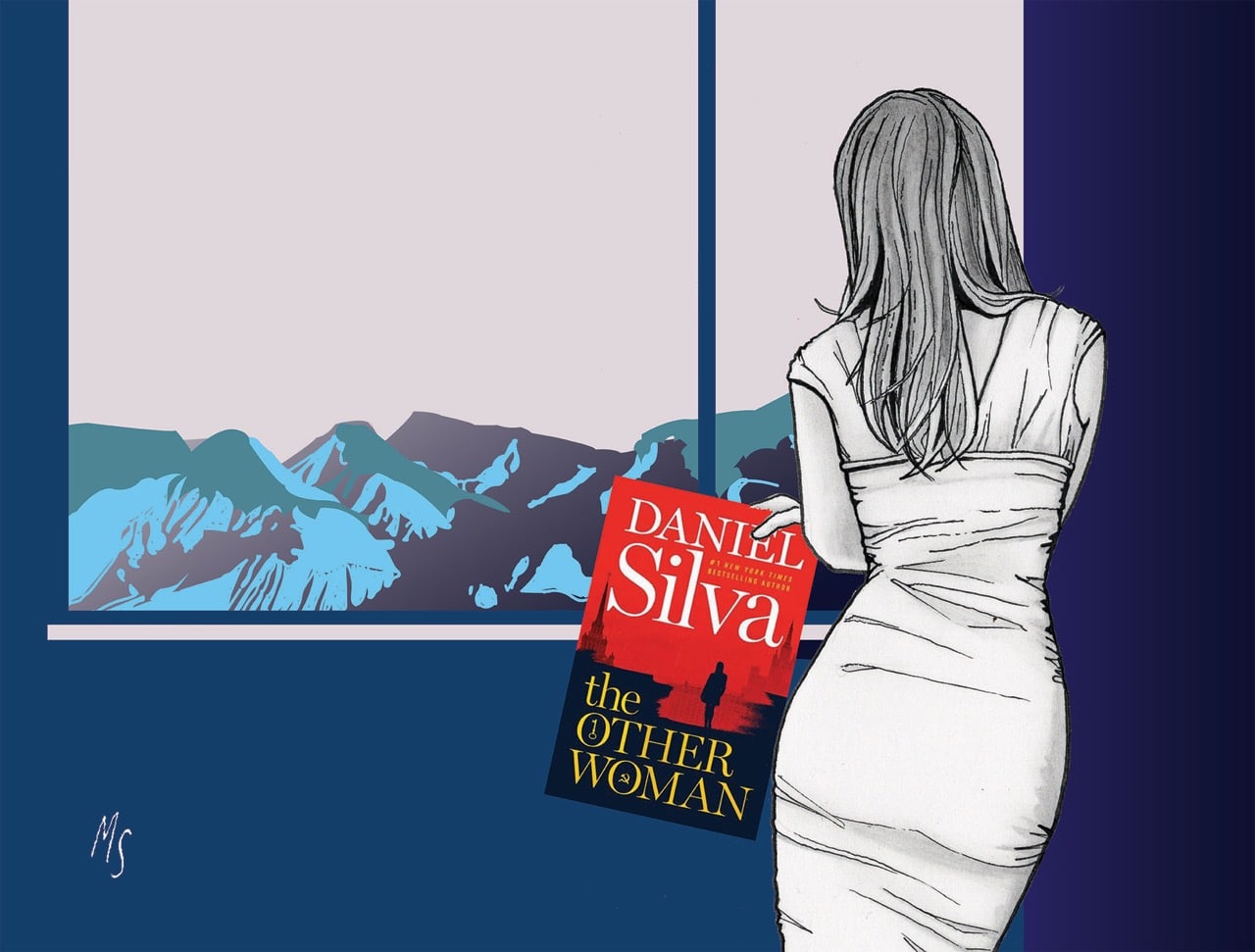