Yoga: Your Home Practice Companion (DK Publishing 2018) is your new bestie. Believe me.

Written by teachers at the international Sivananda Yoga Vedanta Centers in Switzerland, Spain and South America (there’s a practicing studio in Toronto on Harbord St.) this nifty manual is your A to Z guide to enjoying a healthy body, mental alertness and inner serenity thanks to good-for-you hatha yoga.

Yoga: Your Home Practice Companion offers the 12 classic asanas or poses; nine programs with 20-, 40-, or 60-minute sequences for beginner, intermediate and advanced levels; and pictures and pullouts make it easy peasy to work out right.

Aspirational pose: Number 12 Advanced, the Triangle. It promises to stretch and strengthen your pelvic girdle, and deliver an intense quad workout. It looks like a Cirque de Soleil move!

The book also includes a chapter on mindfulness and positive thinking to manage stress. If positive thinking is not your go-to place, a Karma Calendar helps you get there. The Calendar gives you a quality and quote to focus on each month – April is Cheerfulness: “I meet each situation with a cheerful mind”. The idea here: start each day by concentrating on the month’s quality and visualizing the payback when it forms your interaction with the world. Repeat once during the day and at the end of your day with a short meditation and sleep like a baby.

Yoga: Your Home Practice Companion tickles your tastebuds, too, introducing you to the benefits of a vegetarian diet and serving up more than 30 yummy recipes for breakfast, lunch and dinner. Forget Nutella; Chocolate Delight, made with almonds, butter, figs, dates, honey and cocoa powder, spread on toast is . . . well . . . kind of addictive. And I’m not sure what my Scottish grandmother would have made of Cardamom Ginger Highland Shortbread but they are melt-in-your-mouth delish and pretty much the perfect partner to a cup of tea and a good novel on a lazy Sunday afternoon. 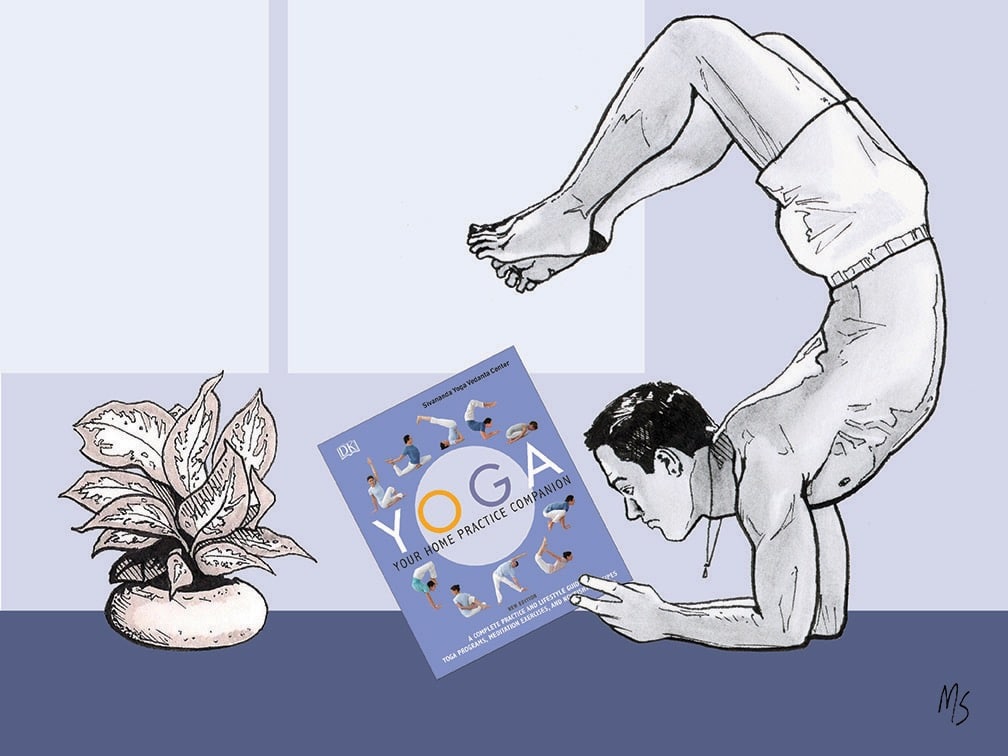 Drive: The Definitive History of Driving

Pop quiz: when was the first automobile unveiled? Believe it or not, French inventor Nicolas-Joseph Cugnot built the first steam-powered automobile capable of human transportation in 1769.

Fun fact: the 1865 Locomotives on Highways Act in the UK restricted steam-powered vehicles to a top speed of 6.5 km/h – the act also stipulated that three people had to be with the auto at all times, one to steer, one to stoke the engine and one to walk 55 m ahead holding a red flag.

I know this because I have been reading Drive: The Definitive History of Driving (DK Publishing 2018). Assembled under the watchful eye of Giles Chapman, the former editor of Classic Sport and Car, the world’s best selling car magazine, Drive successfully celebrates our love affair with cars since the first horseless carriages.

Drive is a beautiful coffee table book, with current and archival posters and photographs – the drool-worthy 61 Corvette gracing the Foreword is so damned evocative of time and place – plus Whaaaat? background boxes – did you know that brakes on all four wheels were first offered by Scotland’s Arrol-Johnston in 1909 but it wasn’t until the ‘20s that mass manufacturers started paying as close attention to Stop as they had been to Go? Neither did I.

And that classic VW Beetle? Hitler’s vision for a car that every German could afford.

Drive also gives you a peek at lust-worthy bespoke cars that offer high net worth enthusiasts the chance to own a custom crafted, look-at-me car – at a hefty MSRP (and I suspect no negotiation room!). Check out the neo-retro 2017 Bristol Bullet. About $330,000 US – if it were available in North America. It’s not, in case you were looking to order one.

Once Drive spikes your blood pressure into the stroke sphere, it takes you on a road trip along some of the most inspiring routes in the world, from Yoho Valley Road in BC to the Strada Della Forra (scary snaky) in Italy and the Da Nang coastline in Vietnam.

Mom’s and Dad’s days are coming up – if either of yours is a gear head, get them this book. You’ll be golden for months. 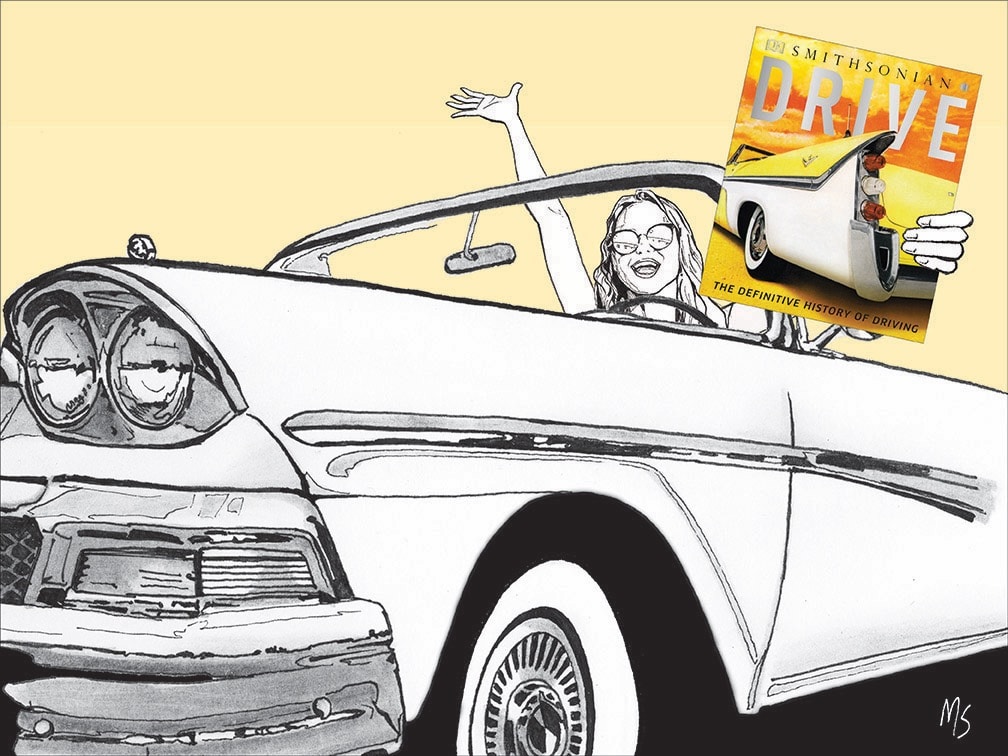 I loved my Ancient History class in high school, partly because my teacher was way cool, but mostly because he made the Greek gods real for me. OK, I was a history geek. So I opened Circe, Madeline Miller’s follow up to her New York Times best seller The Song of Achilles, with uber anticipation.

And I wasn’t disappointed.

Circe is the daughter of Helios, god of the sun, and Perse a water nymph and one of 3000 daughters of Titan Oceanus (busy boy, huh?).

Circe was a weird kid. She wasn’t powerful like her dad, or a vicious and calculating beauty like her mom.

She was a loner, preferring her own company to that of her bright, sleek and always-laughing nymph cousins.

One day she spies Glaucos, a mortal fisherman and falls head over heels. This is not good, right? Never mind, she wants him. Circe discovers that she does possess power – she is a witch. She creates a potion to turn Glaucos into his true self and make him a god so they can get married. It works but he doesn’t want less-than-alluring Circe; he fancies another nymph.

So to cut the chase, Zeus discovers Circe is a witch and Helios, worried about another war with the Olympians, agrees to banish her to a deserted island.

Circe pretty much likes the peace and quiet, spending her days honing her witchy skills and taming lions and wolves as companions.

Circe is a woman alone in an age when women were considered valuable only as subservient bed partners. She is often set upon by shiploads of sailors who stop by for wine and supplies but she doesn’t suffer the fools gladly and turns them into pigs. (Get it?)

In the end, she has an affair with Odysseus, bears him a son, takes on Athena, goddess of war, and finally needs to choose: does she belong with the gods or with the mortals she has come to love. 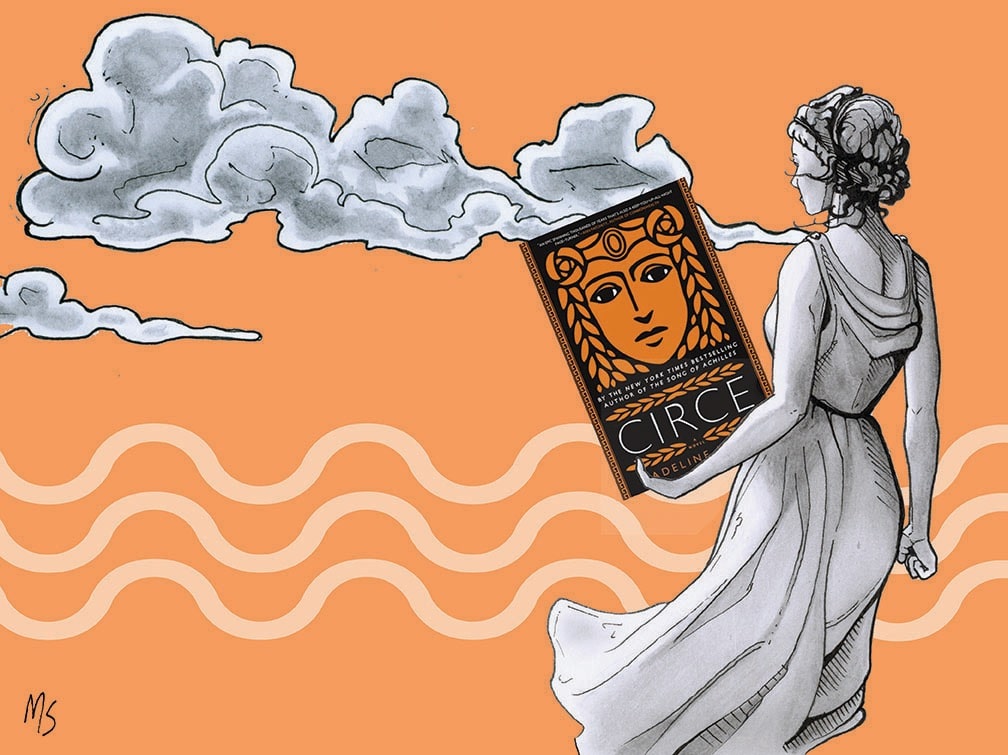 Sophia Young, the daughter of well-to-do Taiwanese immigrants, mostly wants to get married and have babies. But while she samples a smorgasbord of suitors, smart, funny and over-the-top-outspoken Sophia lands a dream job managing investor relations for Scott Kraft, the eccentric founder of a groundbreaking software company and CEO of an equally disruptive animated film studio.

As Kraft’s wing woman, Sophia is living the dream – and threatening her relationships, her health and her sense of self. Are her big pay-check and powerhouse career worth life in the world of take-no-prisoners tech?

Yan is a Silicon Valley Girl. Currently vice president of corporate development at Zoosk, an online dating company that boasts overwhelming success thanks to its Behavioural Matchmaking technology (sorry, no idea what that means), she spearheaded investor relations for Tesla Motors, Market Watch and Pixar, and reported directly to Silicon Titans like Steve Jobs, Elon Musk and Google’s David Drummond.

She knows her stuff and her characters ring true mostly because they’re amalgams of everything I have read about Jobs and Musk. And Sophia is authentic, I expect, because there is more than a smidgeon of Yan in the heroine’s experiences as a woman trying to make it in a testosterone-fueled world.

According to Booklist Review, Sophia of Silicon Valley is “Silicon Valley chick lit with a smart and smart-ass heroine trying to ‘have it all’.” And, I’ll add, a dishy tech- generation read.

The She Was Gone

The latest from best-selling author Lisa Jewell, Then She Was Gone is a twisty psychological thriller with a particularly gruesome plot thread that gave me the whim-whams.

Ellie was 15, Laurel’s perfect younger daughter. She was beautiful, a popular A student, in love (she thinks) with her first, and equally awesome boyfriend Theo. She had a magical life ahead of her, mom was sure. Then one day, she vanishes. Simply gone.

The police assume she has run away and eventually close the case. Laurel knows Ellie did not run away, and 10 years on, her marriage to Paul long dead, she gets the call from the police she has been waiting for: they have found Ellie’s remains.

A month after Ellie’s funeral, Laurel pops into a café after getting her hair done and she notices a man who reminds her, oddly, of Paul. He orders a piece of carrot cake and takes the table next to Laurel. He admires her hair, introduces himself – his name is Floyd Dunn – and offers her a bite of cake. And his phone number.

Laurel calls Floyd, they go out for dinner and a simple flirtation turns into something serious. Floyd has two daughters and homeschooled Poppy, his nine-year-old, gob smacks Laurel: looking at Poppy is like looking at Ellie.

She’s projecting, Laurel tells herself. But she can’t shake the uncanny resemblance.

The deeper Laurel becomes involved with Floyd, the more he seems like a poseur. Who is he really? As she digs, Laurel discovers the truth about Ellie’s disappearance – remember that gruesome plot thread? – and the story begins to spin like a creepy episode of The X Files.

Then She Was Gone is a solid thriller. OK, it follows the genre’s classic template but nevertheless, it serves up a page-turner worth staying up past bedtime to finish. 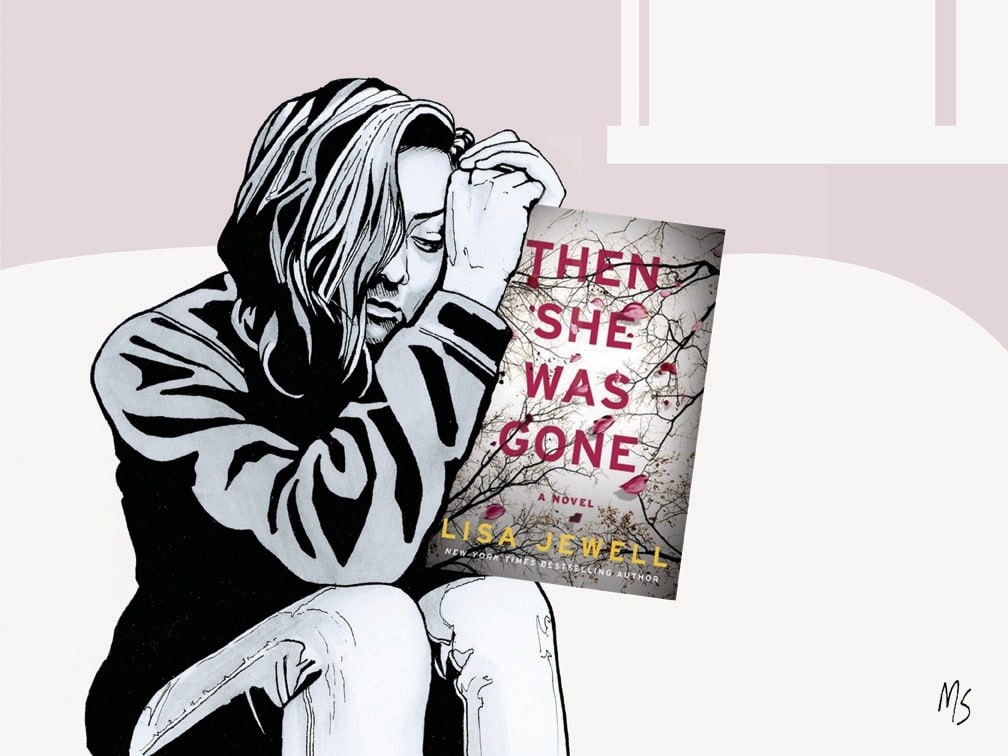