Awarded the prestigious Jury Prize at Cannes earlier this year, Capernaum enjoyed its North American Premiere at the 2018 Toronto International Film Festival. Writer/director Nadine Lebaki who back in 2011 won the TIFF People’s Choice Award for Where Do We Go Now?, has returned to the festival to share a heart-wrenching story of poverty in Lebanon’s poorest slum.

Capernaum tells the tragic story of children living on the fringes of Lebanese society. Lebaki tells her tale through the eyes of a young boy who sues his parents for bringing him into the world when they couldn’t properly care for him. 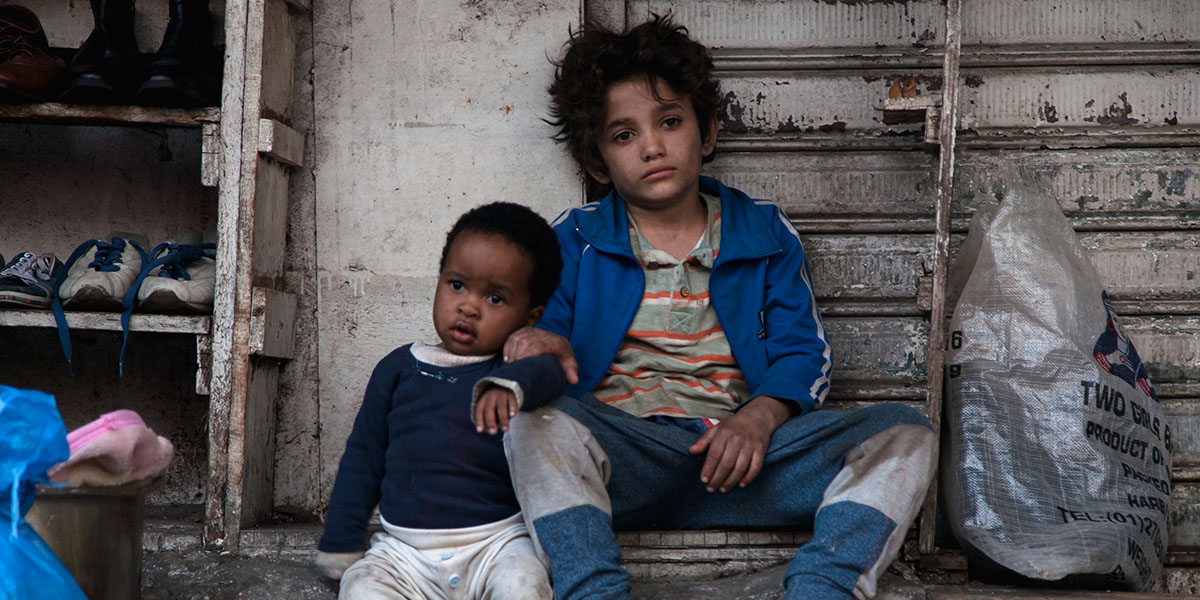 Zain is only 12, but he’s seen enough of the dark side of humanity to resent his very existence. His family live in a cramped flat in one of Beirut’s poorest slums and with numerous children to care for, his abusive parents prefer them to work on the streets rather than going to school to get an education. The parents involve their children in inventive scams, such as saturating garments with drugs and passing them along to Zain’s incarcerated brother so he can sell them to his fellow prisoners.

When Zain’s favourite sibling wakes up one morning to find blood in her bed, he steals a bag of pads and educates her on how to wear them. He warns her not to tell mom and dad, which the audience perceives as a touching gesture between brother and sister. It isn’t until the parents shockingly announce they’ve sold their 11-year-old daughter’s hand in marriage when Zain impulsively runs away. The revelation is absolutely gasp-inducing, and sheds a light on the gruesome reality of child marriages. The emotional moment is also a key turning point for the audience, as we realize why Zain was so secretive about his sisters first period. He was trying to protect her, knowing that his parents would try to turn a profit as soon as she had her period.

Zain packs his few personal belongings into a garbage bag and jumps on a bus, hopping off at an urban circus where he meets an Ethiopian cleaning lady who is just as desperate as he is. We learn she’s working in Lebanon illegally, hiding her newborn baby in a locked bathroom stall while she works. Desperately saving money to purchase a fake work permit while sending money home to her mother.

The kind woman takes Zain under her wing and the trio quickly form a new family. Zain agrees to take care of her baby during the day while she’s at work in exchange for food and a safe roof over his head. When the single mother is abruptly thrown in prison, Zain is forced to desperately feed two hungry mouths.