A Quiet Place is a film that demands your attention. It’s lack of sound and emotional use of silence places a responsibility on the audience to engage or get out. Yes, it’s a film about monsters and a world on the edge of extinction. More than that though, A Quiet Place is about a family surviving on the strength of each other, specifically on the strength of actress Millicent Simmonds.

The narrative of the film is taut and muscular: a family struggles to survive in the aftermath of what appears to be an alien invasion. We meet the family around day 400, when a sense of strained banality starts to creep in. They grow food, tend to laundry and most importantly, stay silent. You see, the whole conceit of A Quiet Place is that, if whatever stalks the nearby town and woods hears you, it’s game over.

A Quiet Place is a gut-punch of a film from it’s open five minutes to impeccably paced ending that plummets headlong through it’s narrative before screeching to a thoughtful ending. There are a few jump scares here and there, but the effective terror comes from our connection to the characters. 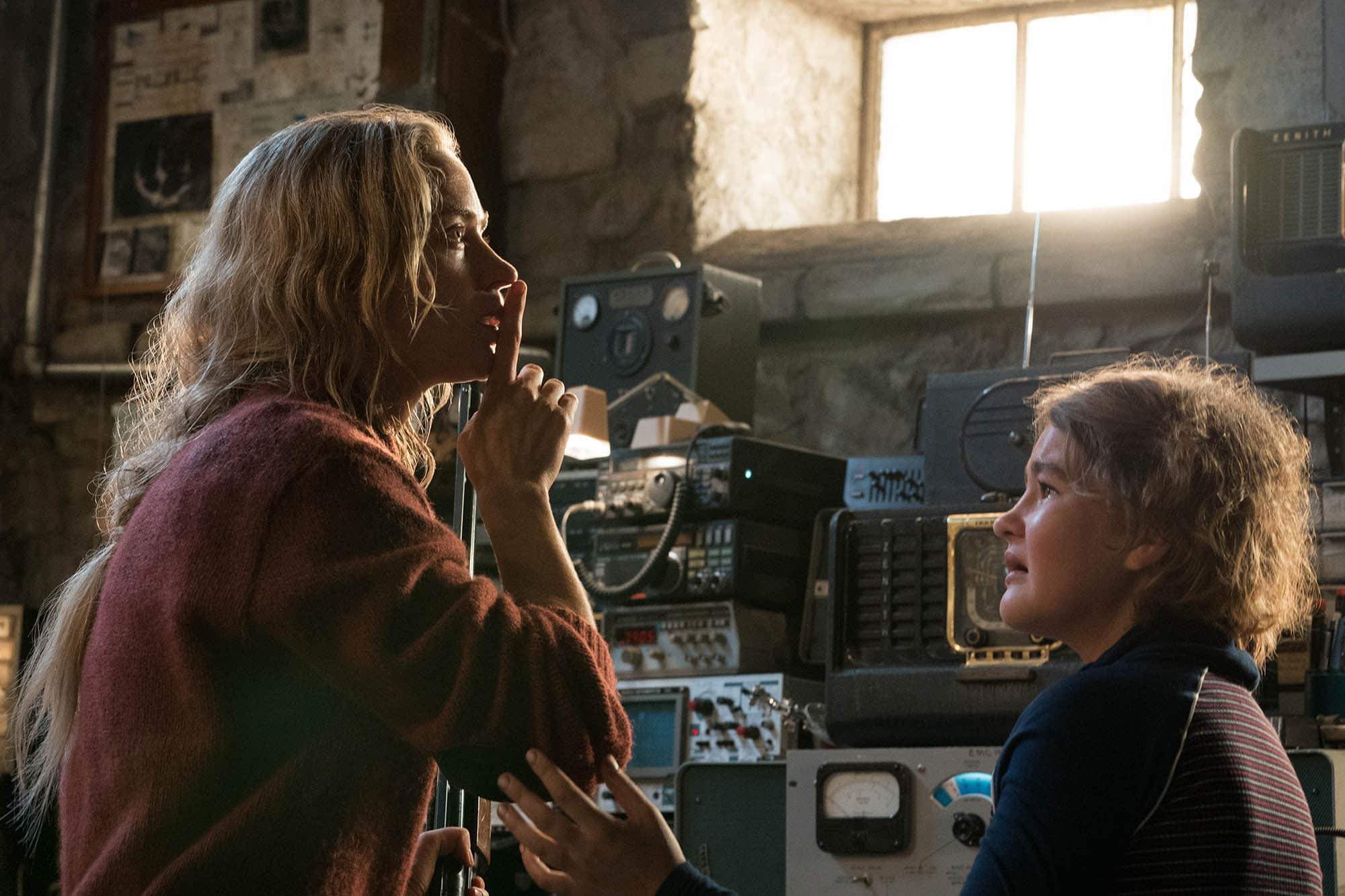 I wouldn’t hold it against you if you didn’t know who Simmonds was before her role as Regan Abbot in A Quiet Place. As a character in the film, Regan is deaf, and the majority of the tension throughout relies on her perspective; the world around her falling silent despite the atrocities happening is terrifyingly emphatic. Living as a 15-year-old from Bountiful, Utah, Simmonds is also deaf in real life, the result of an accidental medication overdose at birth. It’s Simmonds honest lived experience that anchors A Quiet Place.

She’s at times funny and hardworking—understanding the need for everyone to pull their weight on the makeshift farm they’ve constructed—but Simmonds is also tortured by events the film does a masterful job of revealing. It’s this mix of guilt and childish innocence that makes her such a compelling character, let alone the barriers she knocks down on screen. The ability to express herself without ever speaking is nothing short of marvellous and I loved Simmonds’ ability to express emotions in ways we never truly stop to think about.

Kudos to John Krasinski and co. for sticking to their decision to have a minority represented by someone from that community, instead of having actor give a performance approximate to that of a person who is hearing impaired. There are tender scenes throughout A Quiet Place of Krasinski’s character trying in multiple ways to fix Regan’s hearing aid, and we begin the film worrying about her because of her disability. But the film ultimately uses her lack of hearing as the ultimate strength in fighting back against the monstrous beings.

No spoilers on how it goes down but it’s pretty freaking cool. To people outside of this community it might seem like a small decision, but to those within the world of hearing loss, it’s a huge step forward in terms of representation throughout the entertainment industry…when a hearing aid turns a helpless girl into a hero.

It’s also interesting to note the way the family communicates throughout the film. Because of Regan, the entire family use sign language to interact with one another. Her supposed disability actually serves as a survival mechanism and a tangible foundation for A Quiet Place to build upon. It’s a subtle touch of filmmaking that can easily be missed, but one that serves to help tell the narrative.

Krasinski and his fellow screenwriters deserve praise for keeping the parameters tight. This is a small story, and as such we’re with the Abbot’s through all 95 minutes it A Quiet Place’ running time. But it’s also the other performances that heighten the experience. Reagan wouldn’t be half as interesting if Emily Blunt’s mother figure was performed poorly. The brother-sister dynamic wouldn’t have worked with we didn’t care about Noah Jupe’s Marcus. The performances elevate the barebones script all through body language and facial expression.

Like it’s contemporary You Were Never Really Here, it deserves to be watched on the big screen. It’s a film that deserves praise for its representation of an underserved minority on screen, but it’s also a terrifying emotional thriller about a family trying to survive, life after we know it has ended. Take your family or significant other to see A Quiet Place, because I guarantee you’ll be holding each other a little tighter afterwards.