Amongst a swath of binge worthy content dealing with future societies and their advancements in A.I, Netflix’s latest offering Altered Carbon, is given the unenviable task of standing out from its contemporaries in a streaming landscape where attention spans are shorter than ever.

Thankfully due to some great characters and a thoughtful story that poses some very interesting questions, Altered Carbon makes for a fantastic 10 episodes of future-noir storytelling that is just different enough to sidestep the moniker of Blade Runner clone.

Adapted from the book written by Richard K. Morgan, Altered Carbon presents a world where death has ceased to exist. With the help of technology called “stacks,” our consciousness’ go on forever, rendering the physical body into a meat sack. Think “plug in and play,” the body dies so we pop out the “stack,” and insert it into a new specimen; same consciousness, different vehicle. It’s an interesting take on the future of A.I alluding to a spider web of possibilities and consequences the show does a admirable job of exploring in 10 episodes. 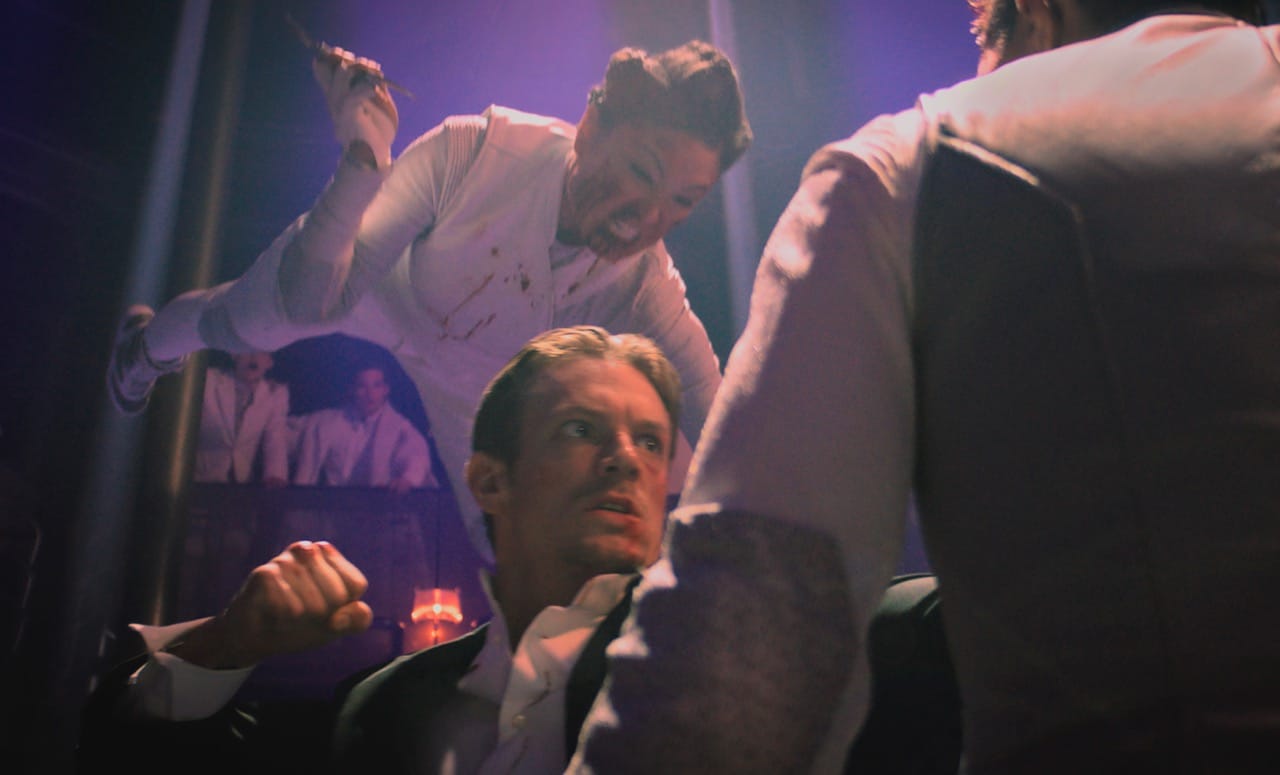 Altered Carbon’s main character Takeshi Kovacs is portrayed with gruff charm by Swedish actor Joel Kinnaman. While he’s been hit or miss for me before, Kinnaman owns this character, deftly balancing the ferocity of a highly trained military operative with the emotional turmoil of a man who just wants his life back. There’s an interesting conversation to be had around whitewashing Kovacs, since he is an asian character portrayed by a white actor. That said, Morgan set it up that way in the book, with Kovacs having lived in multiple sleeves (bodies) before landing in the sleeve Kinnaman portrays. There’s also flashbacks to Kovacs in his original body, which add a lot of emotional depth to the character.

Without spoiling anything, Kovacs is tasked with solving the murder of billionaire Laurens Bancroft portrayed by the suave James Purefoy. His freedom and a boat of load money as reward. But What starts out as a simple murder investigation very quickly spirals into something much darker and fascinating to watch.

Supporting Kinnaman are a collection of characters that each deserve a series in their own right. Actress Martha Higareda gives a fantastic performance as no nonsense cop Kristin Ortega, sidestepping what could have been a one-note character and creating a complex character to root for. Also, Chris Connor as seedy hotel proprietor Poe and Waleed Zuaiter as Ortega’s partner Abboud also deserve praise for the respective performances. And veteran Canadian actress Kristin Lehman owns her supporting role as the murdered billionaire’s agenda driven wife Miriam Bancroft. While her character is cliched and riddled with inconsistencies, Lehman brings a certain gravitas to the role that elevates the character with emotional beats I wasn’t expecting.

What I loved about Altered Carbon is that while the series wears it’s inspirations proudly, showrunner Laeta Kalogridis—who wrote 2010s Shutter Island—isn’t afraid to give you what you were expecting from this style of series, only to wrench it away for something much more unique and worthy of your attention. Kalogridis does a great job balancing the familiar in terms of the narrative, with some strange territory in its themes of religion, death and the value of human life. 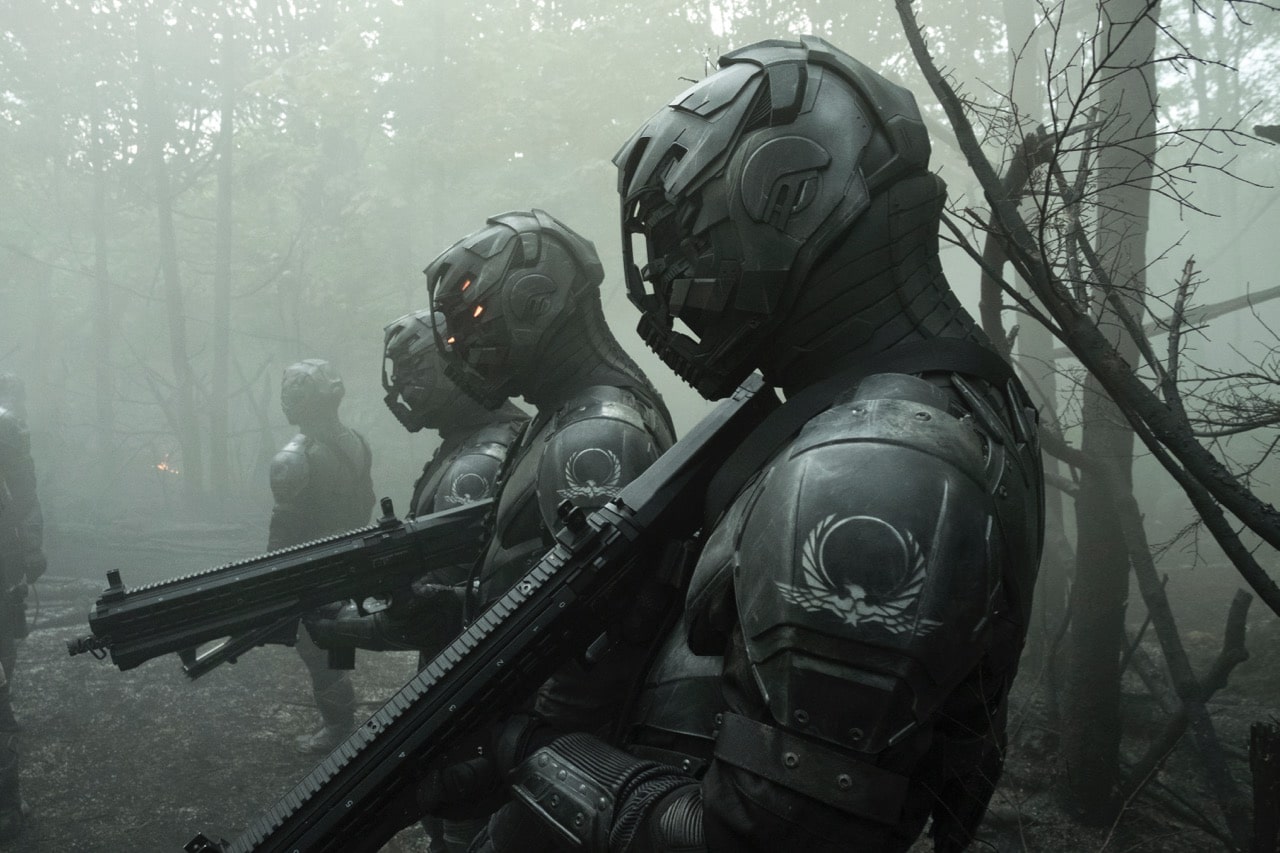 Speaking of life, the world of Altered Carbon feels lived in, existing long before Netflix ordered a first season, continuing to exist long after the show is finished. Kalogridis and Co. build out the world in subtle ways, having characters interact with technology and specific devices without over explaining their use. At one point certain characters enter an A.I controlled hotel which is decidedly out of fashion. But the only clue we get that this hotel is weird and lifeless is a simple remark made upon entry. While there are a few exposition heavy scenes, I never felt annoyed or spoon fed information.

The action, when it happens, is frenetic and full of headshots and flailing body parts. It’s shot beautifully, which is a welcome change, with various fisticuffs and shootouts happening in frame, the camera showing the actors performing some (obviously not all) of their own stunts. I do wonder what the budget was for Altered Carbon because the shots of the city at night are beautifully rendered, and outside of the obvious aesthetic, it doesn’t stand out as clunky CGI. The show was shot on location in Vancouver and the rainy atmosphere provides a familiarity for fans of Kinnaman’s work, who starred in AMCs The Killing, which was also shot in Vancouver.

The one minor gripe I have is that the first few episodes felt rushed, with a lot of setup happening in order for us to understand the situation we’ve been given. But eventually after the main players have been introduced Altered Carbon does a great job of taking the time for smaller emotional moments that help offset the breakneck speed most of the episodes move at.

Overall I think Altered Carbon is a great binge worthy series not just for fans of science fiction. It offers an intriguing story that while fast-paced, takes its time with how the layers are revealed. The characters for the most part, rise above their stock qualities (save for a few) and provide some great emotional moments. It would be easy to compare Altered Carbon knock off blade runner, which would a natural reaction to have if you’d not watched the series. But there are definite similarities, Altered Carbon is uniquely it’s own creation, full of sex, brutality and just enough hope to make the humour work.