“How do you balance family and career?” Ali Wong gets that question a lot. And she has a lot of both to balance. Her profile has been rising steadily in recent years with diverse gigs in sitcom and sketch (American Housewife, Inside Amy Schumer) as well as writing (Fresh Off the Boat).

She will also be starring in an upcoming Netflix romcom alongside Randall Park. But it’s her standup that seems to be drawing the most enthusiastic fans, and where her her own thoughts on family and career hilariously intertwine: “Men never get asked how they balance family and career. Because they don’t.” 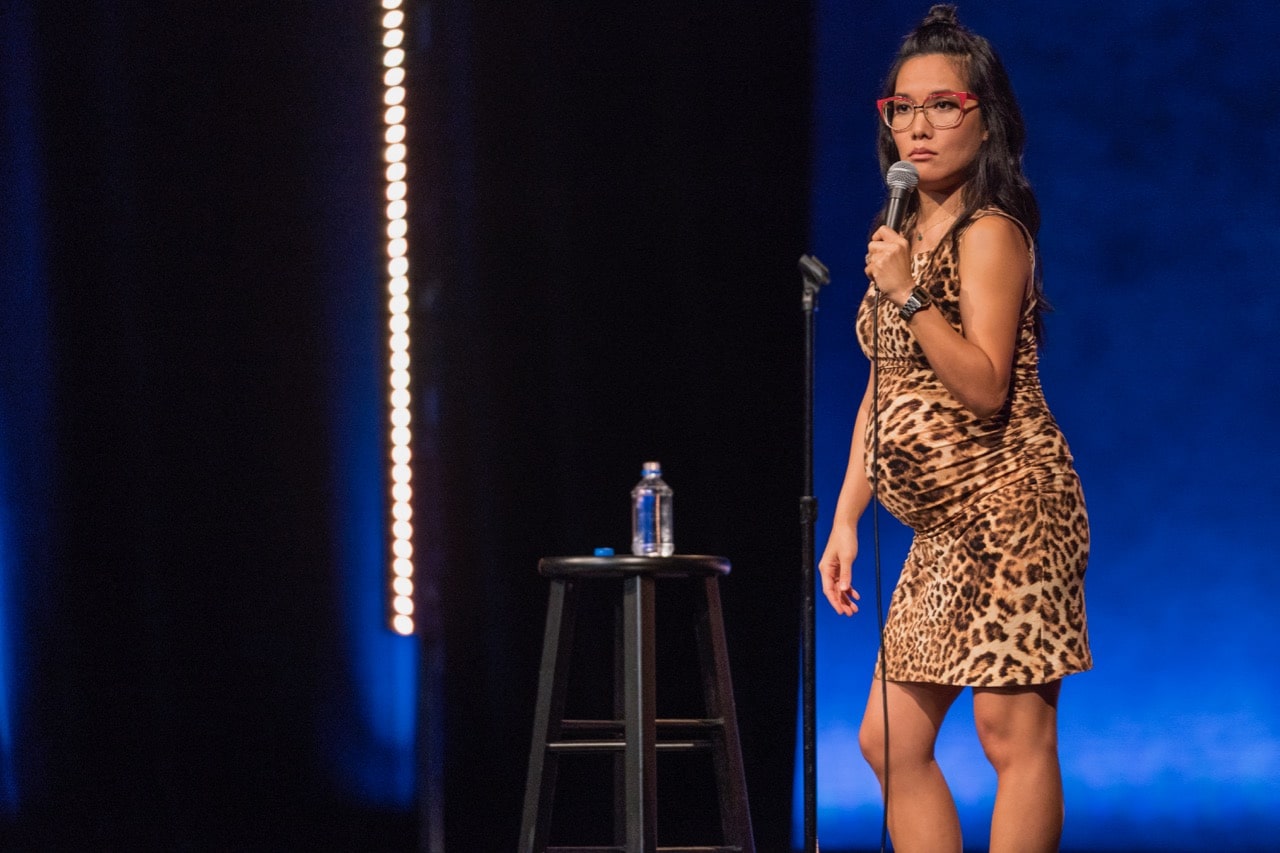 In her new Netflix special Hard Knock Wife (streaming May 13th), which was filmed at Toronto’s JFL42 Comedy Festival back in October, Wong is visibly pregnant- just as she was in her 2016 breakout special Baby Cobra. It’s easy to see this follow up as something of a sequel, and indeed some of the same themes of motherhood, childbirth, and gender roles are explored.

Wong continues to display her singular ability to subvert Madonna tropes of motherhood by relishing the truly absurd sides of pregnancy and breastfeeding, including the toll that childbirth takes on the body. And being a mom isn’t stopping her from giving us a lot of material on farting and sex. Wong’s comedy is also embedded in her ways of speaking and moving: her voice goes from rich, breathy whispers to piercing shrieks with hilarious effect. And she will get down into a deep squat for a joke about oral sex or one about the lack of decorum new mothers suddenly acquire about their vaginas.

It is these juxtapositions that make Wong’s material so original. By blending the various aspects of her persona, she seems to remind us that there is no need to separate being funny from the realities of her life as a woman and as a mother- which makes her performance less a gimmick than a reflection of how the comedy landscape is changing. Wong is a woman and a visible minority in a field that is increasingly opening up to diverse perspectives, and she is able to find the funny simply by being authentic about her experiences.

For example, Wong mines comedy from the tension that comes from representing a model minority culture, but a minority nonetheless. She jokes about the reaction of her parents to her raunchy brand of comedy and the incongruence of seeing an Asian homeless person. Her perspective on race and ethnicity is never heavy-handed, and Wong expertly balances her appeal to the Asian audience she knows is watching within a performance that has universal appeal.

But the main thing that makes Wong stand out is simply that she’s damn funny. Although fans may try to make her the patron comic of mothers-to-be or Asian comedy fans, it doesn’t seem possible to reduce her work to any particular niche. And with this sharp and dynamic special Wong may be poised to become a household name.