Bradley Cooper’s hotly anticipated directorial debut A Star Is Born enjoyed its North American premiere at the 2018 Toronto International Film Festival. The gut-punching film about a famous rock star (Bradley Cooper) who discovers and falls in love with a struggling artist (Lady Gaga) blew critics expectations out of the water.

A Star Is Born is perhaps Hollywood’s most enduring story of love and ambition. Cooper plays Jackson Maine, a sexy rock star who spends half his life on tour and the other wallowing in the bottom of a bottle. He achieved celebrity status years ago, and it seems the pressures of fame have isolated him from the world. After playing a gig at a massive music festival Jackson realizes he’s sipped his gin bottle dry in the back of his limo so asks his driver to stop at a dive bar.

Unbeknownst to the bleary eyed drunk, he stumbles into a local drag show (where RuPaul’s Drag Race fans are treated to hilarious performances by Shangela and Willam) and experience love at first sight when Ally (Lady Gaga) graces the stage. During a stirring rendition of the French ballad Ma Vie En Rose, Ally locks eyes with Jackson and they spend the rest of the night running around town until the sun comes up. 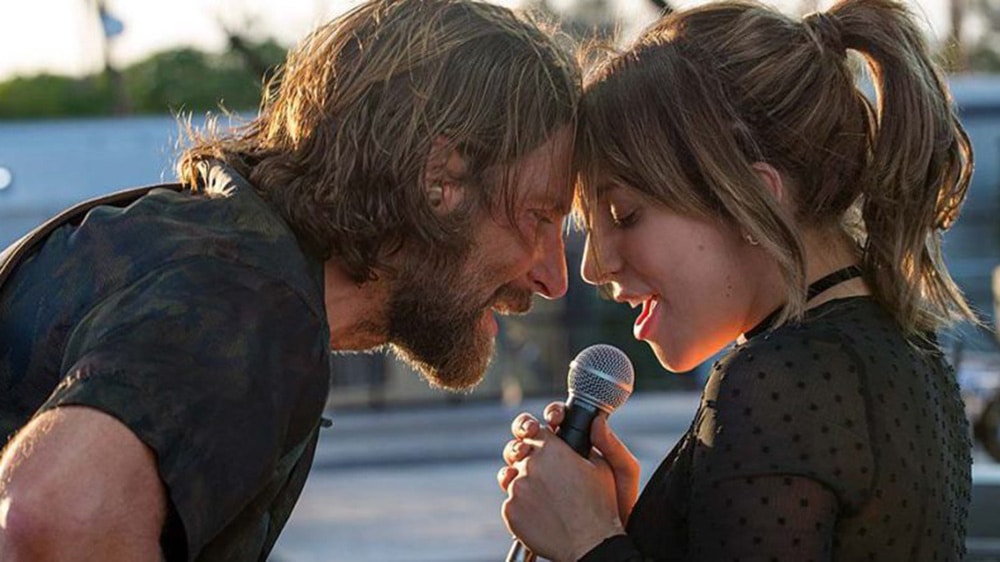 What makes A Star Is Born so fascinating is the audiences awareness of Lady Gaga’s own rise to fame. The Queen of Pop slays each song and impresses with her dramatic range. The film’s honest script feels as though it’s in many ways a window into Gaga’s own experience with fame. It’s as if she’s able to unleash the angst of her pre-fame past in the fictitious Ally.

For Lady Gaga obsessed fans who have followed her career from her Paparazzi beginnings, we can’t help but envision her powerful performance as a version of her younger self. We first meet Ally as she’s working a shitty serving job by day and working for cash tips at gay clubs by night. Once the couple spark on stage, Ally rises to pop stardom at a mile a minute. Her character laments to her manager about having to reimagine her identity (fearing that she’ll lose the most talented parts of herself in the process) and stresses over learning tightly choreographed dance routines.

The heart of A Star Is Born can be found in the couples gut-punching struggle with addiction. From the moment they meet Jackson had been popping pills and passing out drunk as a skunk. Ally deeply loves her fragile musical mentor and muse but his inability to get clean leaves the newly minted star in a dark place. After Jackson epically embarrasses her on stage during an awards speech at the Grammy’s, Ally is forced to cancel her upcoming tour to care for her husband.

We see Jackson’s addiction issues free-fall into darkness, fuelled by the insecurities he has towards his wildly successful wife who’s fame now overshadows his own. The final moments of the film leave the audience perfectly paralyzed. As Jackson realizes his addiction has the power to ruin his wife’s career, he forces himself to make a tragic decision in hopes of washing himself away.