My first experience devouring that Soul Food brunch favourite Chicken & Waffles was way back in 2007 when I embarked on a pilgrimage to Oakland California’s famous Roscoe’s Chicken & Waffles which many believe to be the originator of the now famous hangover cure.

Knowing that Detroit had a vibrant African American community I set out to research the very best spot to enjoy Sunday brunch. We drove north of the downtown core, hair flying in the wind as we soared over zig zagging freeways in search of Kuzzo’s Chicken and Waffles.

We arrived to the restaurant shortly before noon to find a gaggle of hungry couples waiting to have their name chirped from an enthusiastic teen who every few minutes popped her head out out the front door. My name was called 30 minutes after we sat out front to indulge in an early summer tan and was delighted to see the place was packed with locals. The hungry audience (99% of which were African American) was diverse as ever, little kids sipping on massive jugs of neon coloured Kool-Aid, cute couples swooning over sweet syrup drizzled fried chicken and a table of church going grannies wearing their Sunday best (fancy frocks and heavenly hats) while slathering butter on their biscuits. 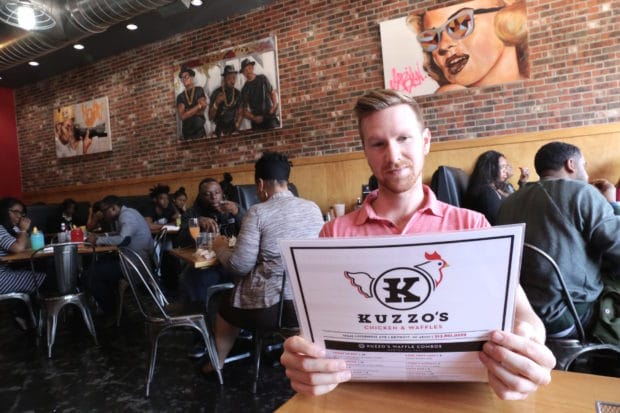 So what’s with the name? Gaze above the bustling bar and you’ll see the owner, former NFL player Ron Bartell, has scrawled the colloquial definition for all to read, “Kuzzo (pronounced cuz-oh) is someone who has a cousin-like relationship with another person, regardless of blood relation.” One feels at home here with smiling staff serving up succulent Soul Food in a dinning room featuring exposed brick, warm wood and pop art commissioned from neighbouring Red Bull House of Art.

The restaurant’s most recent claim to fame: back in March US Presidential hopeful Hilary Clinton popped by to chow down on the Tweety Bird, which comes with two fried wings and a buttermilk waffle. I’m going to assume that if she wins the election this Fall they’ll be switching the name of that dish to The Hungry Hilary.

The portions here are plentiful so pace yourself and wear pants with an elastic band around the waist so you don’t cut off the circulation to your legs. Highlights from Detroit’s best brunch include super sweet vodka spiked Ginger Basil Lemonade, epic Trey-Deuce chicken & waffles, bacon adorned Shrimp & Grits, country sausage gravy slathered biscuits and two wee bowls of Mac & Cheese and Candied Yams (because mom’s says to eat your vegetables)! 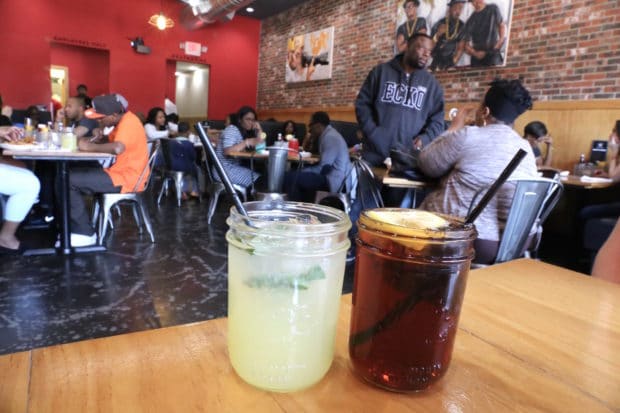 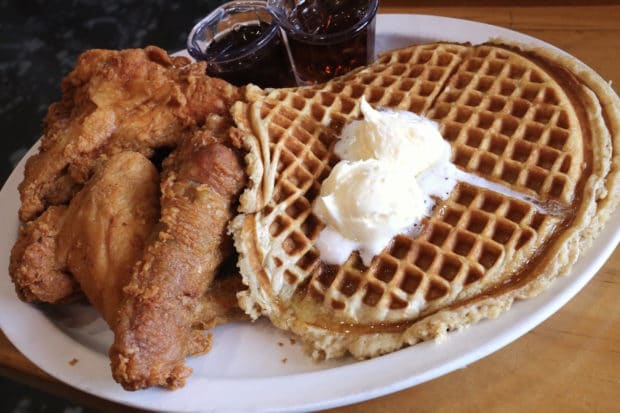 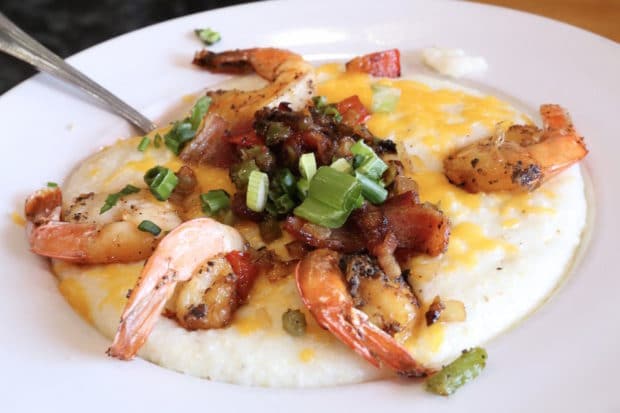 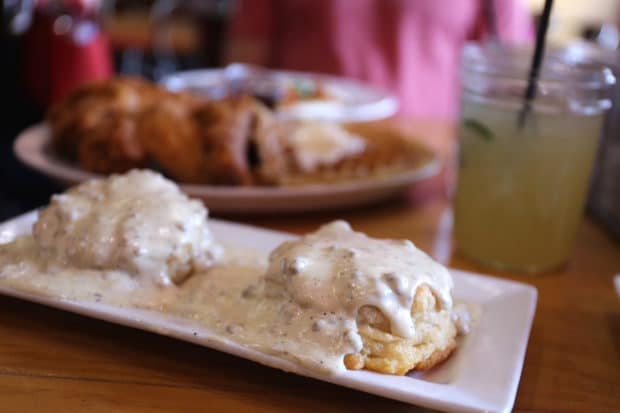