Back in September I found myself skipping up the steps to Toronto’s Royal Conservatory, eager with anticipation for a buzz-worthy evening. I grabbed a splash of cool Sauvignon Blanc before plopping on a leather couch covered in plush pillows which were adorned with Air Canada’s signature red and white logo. Notable media personalities could be found whispering their guesses to which notable culinary wizard had been selected as Air Canada’s Chef.

Immediately after Vancouver’s Chef Hawksworth was announced a roar of congratulations swept over the space. At the podium Hawksworth announced nine dishes which are now exclusively featured on Air Canada flights in International Business Class and Maple Leaf Lounges. A flock of white porcelain spoons marched out the kitchen, bite-sized samples of Hawksworth’s global-influenced West Coast inspired creations. The crowd swooned!

Fast forward to March and I’m skipping once again, this time through puddles in downtown Vancouver in search of The Rosewood Hotel Georgia. After spinning through its doors I splashed into Hawksworth Restaurant. 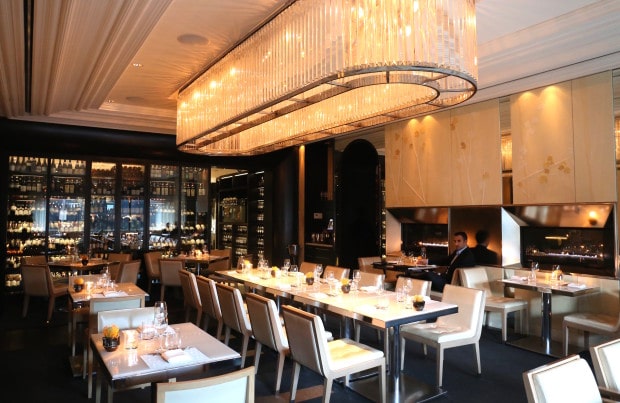 Chef Hawksworth spent a decade honing his talents in Europe working in Michelin-starred kitchens such as Le Manoir au Quat’ Saisons, L’Escargot and The Square. He’s also had the opportunity to travel extensively as a guest chef, most recently to the James Beard House in New York City, also to Sevva, in Hong Kong, Splendido in Toronto and Cakebread Cellars in Nappa Valley. He’s one of Canada’s celebrity culinary champions, appearing as a guest judge on Food Network Canada’s Top Chef and has participated in numerous TV cooking segments. Chef Hawksworth is also the youngest chef inductee into the British Columbia Restaurant Hall of Fame, a cherry on the sundae!

His self titled restaurant embraces contemporary Canadian cuisine with a goal of setting forth a culinary legacy rooted in regional produce that celebrates the cultural diversity of Vancouver. Approachable menus reflect seasonality and spontaneity, whilst demonstrating the highly skilled technique and relentless drive for perfection that has become Hawksworth’s trademark.

Most memorable that evening was the parade of plates which floated from the kitchen and settled with a smile, surrounded by a choir of “half glass full” stemware sloshed with fine wine. Highlights included a green apple adorned Foie Gras Torchon, caper meets manchego Wagyu Beef Carpaccio, melt in your mouth Grilled Sturgeon paired with crunchy puffed grain and a harmonious sweet finish thanks to raspberry and meyer lemon kissed Vanilla Bavarois. 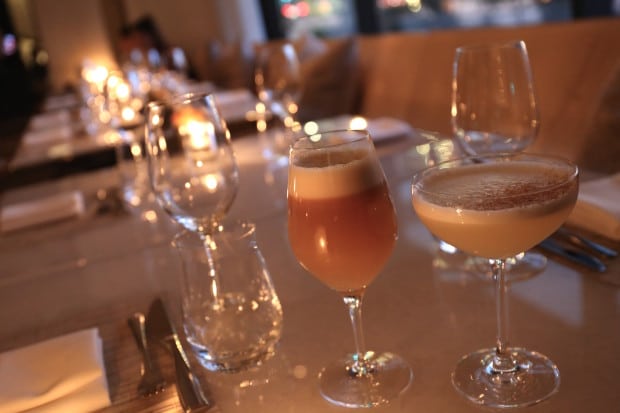 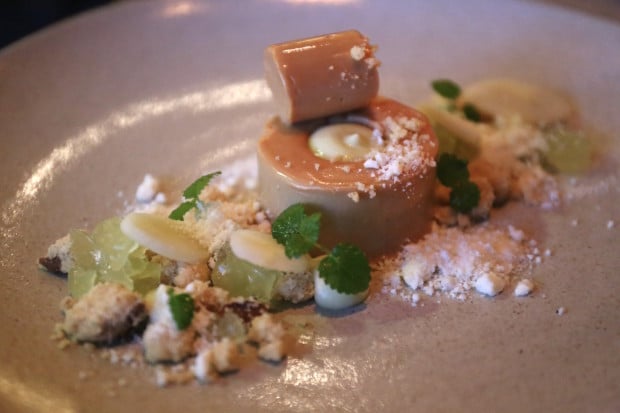 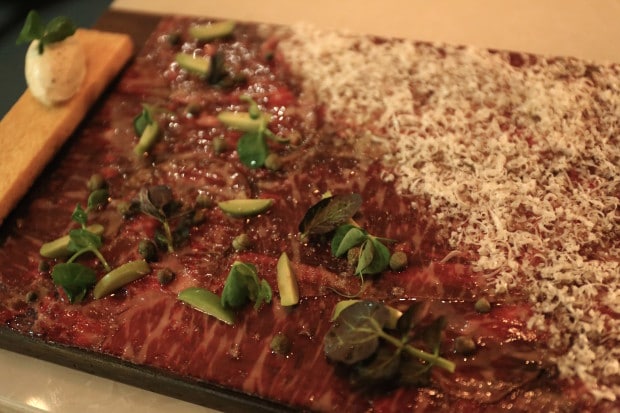 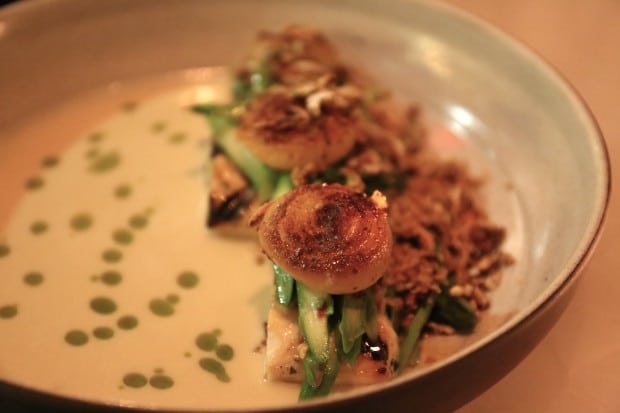 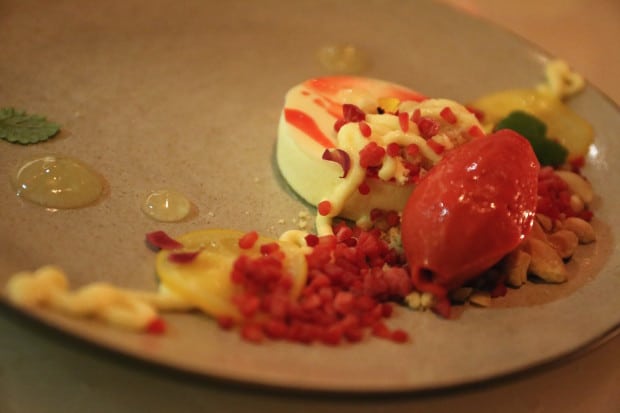