Marching in a parade is simply put, an unforgettable wild time. The electric energy one receives while dancing through the streets as thousands, if not millions of onlookers cheer is an experience one needs to have personally to fully comprehend.

My first opportunity to take part in a parade was full-on, a chilly, rainy day in Dublin spent sipping Guinness on a double-decker bus on St. Patrick’s Day. I’ll never forget rolling through the Irish capital, a sea of green, fiddles and flutes playing, young men dangling from cathedral nooks and lamp posts cheering with glee.

My second parade moment was a vastly different scene. Skipping on hot pavement with a gaggle of Drag Queens in Europe’s largest Pride parade. German’s refer to the festival as Cologne’s Christopher Street Day, which is similar to the North American Pride experience except that there is a lot more nudity, leather culture, fresh beer and juicy sausages. 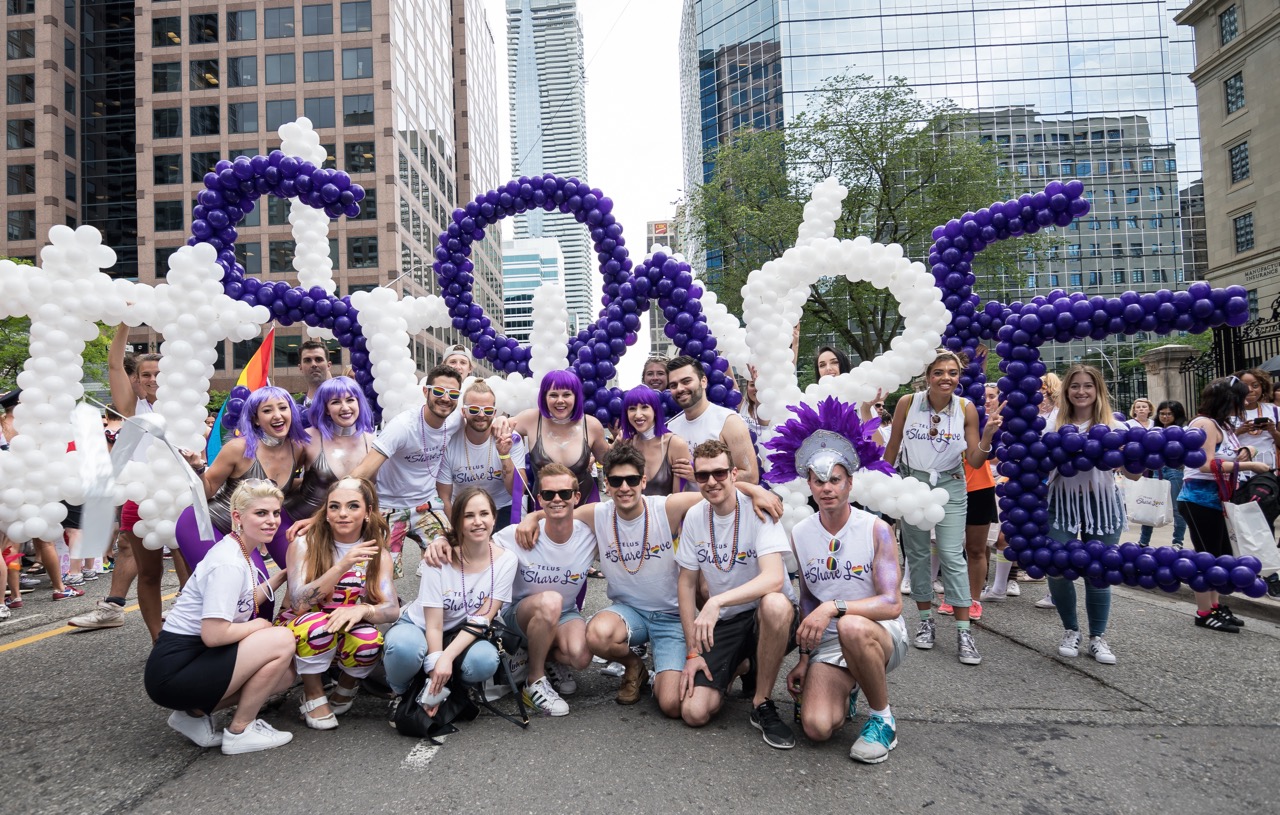 When I was recently asked by Telus to march in Toronto’s Pride parade I was excited to finally see my own city come alive while marching on pavement…a river of rainbows on Yonge Street! I was joined by a gaggle of Toronto’s fave internet babes Stef Sanjati, Ryan Thomas Woods, Savannah Jones, Luke and Adam Monastero, Chic Sophistic and Brian Webb. We spent two hours shimmy and shaking through the heart of the city with an energetic Telus crew dressed up in white, purple and rainbows to boot. 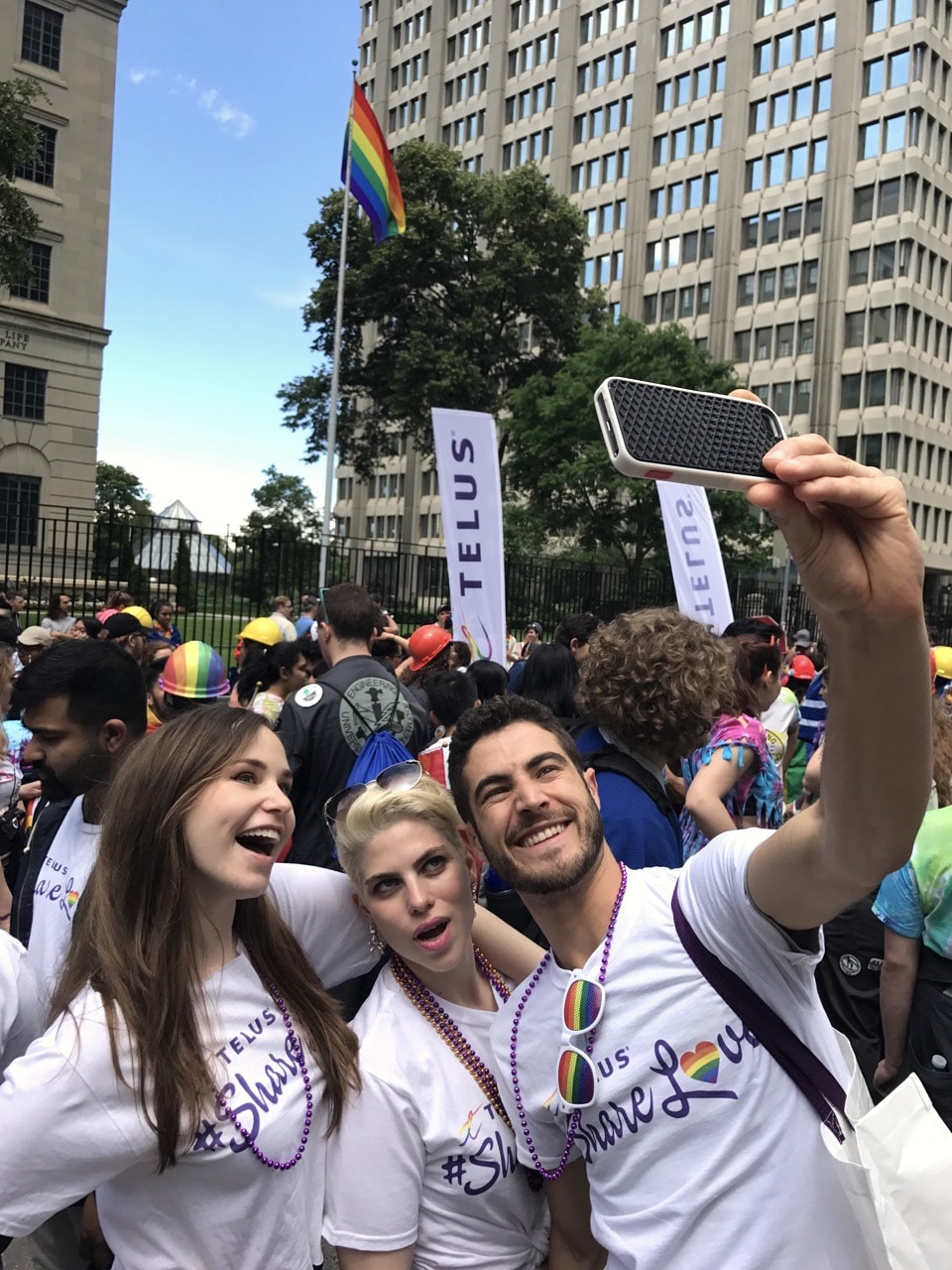 Telus has a history of using the power of technology to drive social outcomes in health, education and education in communities across Canada. Telus has celebrated the power of diversity by contributing more than $3.5M and volunteered thousands of hours of service to LGBTQA organizations throughout Canada since 2000. With the help of thousands of volunteers supporting diversity and inclusiveness across the country, Telus has been recognized as one of Canada’s Best Diversity Employers by Mediacorp for nine years in a row. 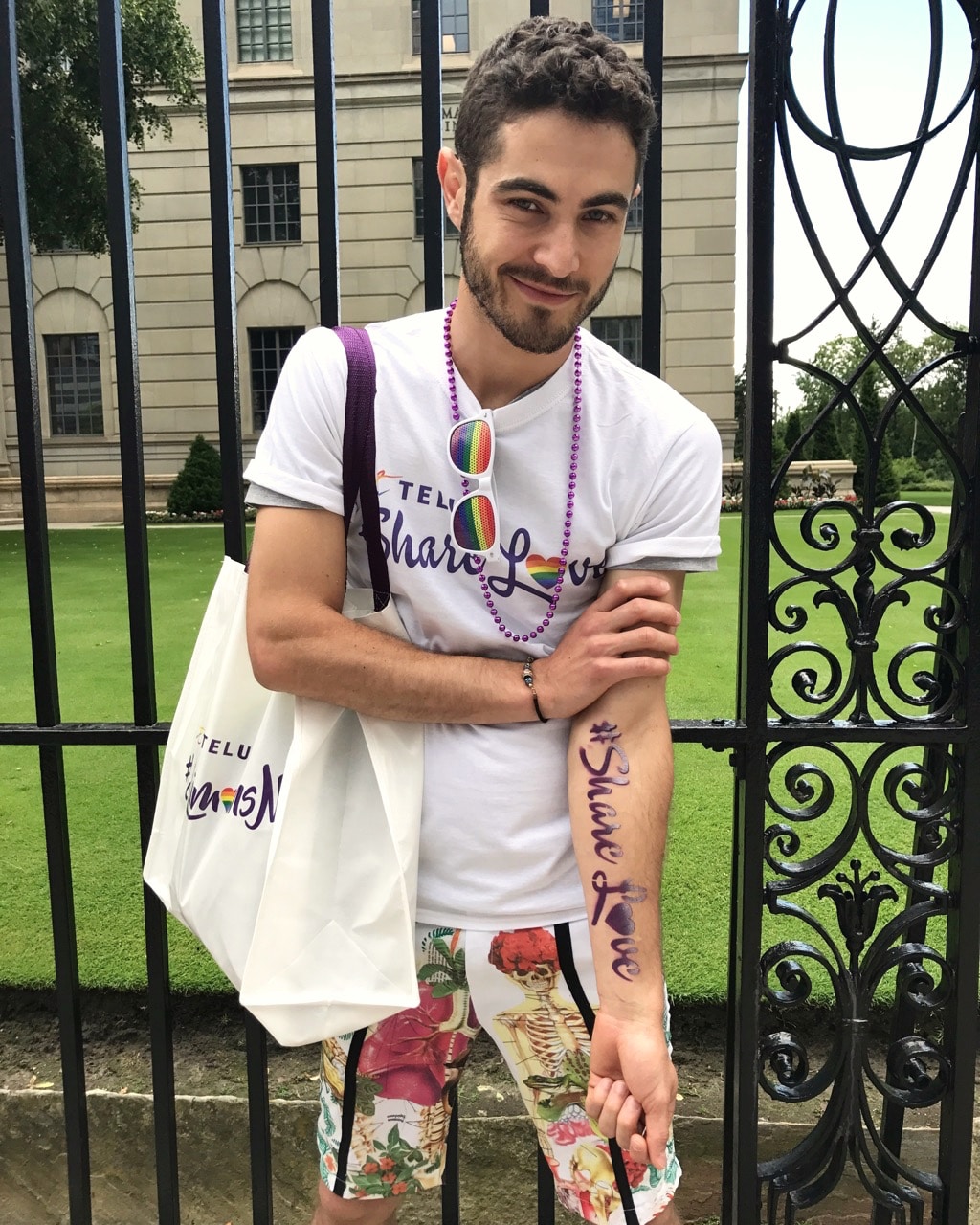 This summer Telus is hosting a #ShareLove contest which will have one lucky duck enjoying round-trip air tickets for two to Montreal with three nights accommodation and $500 in spending money! From June 3rd to August 7th get social on Instagram, Facebook and Twitter with your proud Pride rainbows for your chance to win!