I recently read through Mike Myers’ simply titled Canada, a book the Toronto born and raised comedian crafted which hilariously documents his childhood growing up in Scarborough. He jokes about growing up in the burbs and successfully romances readers with tales of an eclectic neighbourhood filled with fantastic multicultural food, beautiful parks and epic outdoor hockey games. Scarborough was Myers’ inspiration for Wayne’s World and his childhood tales here had me twitching for a road trip.

After spending seven years living in Toronto, Scarborough was a (rather large) slice of the GTA that I had not yet had the opportunity to explore. I treated Scarborough like a far away land, spending hours online researching the best restaurants to eat, in what is now often referred to as Toronto’s most ethnically diverse area.

After enjoying a lakeside stroll at The Bluffs head north, zig zagging to Scarborough’s most famous restaurants. While these cheap and cheerful haunts are located in unassuming strip malls you’ll find lines snaking out each door as locals lick their chops. In just a few short hours you can travel with your tastebuds to the white sandy beaches of Trinidad, nosh through spicy Sri Lankan kitchens, giggle at the world’s largest dosa, slurp through curry spiked pho, wolf down a sweet meets spicy Hakka Chinese feast and end the beautiful binge by sipping a hoppy-tastic craft beer. 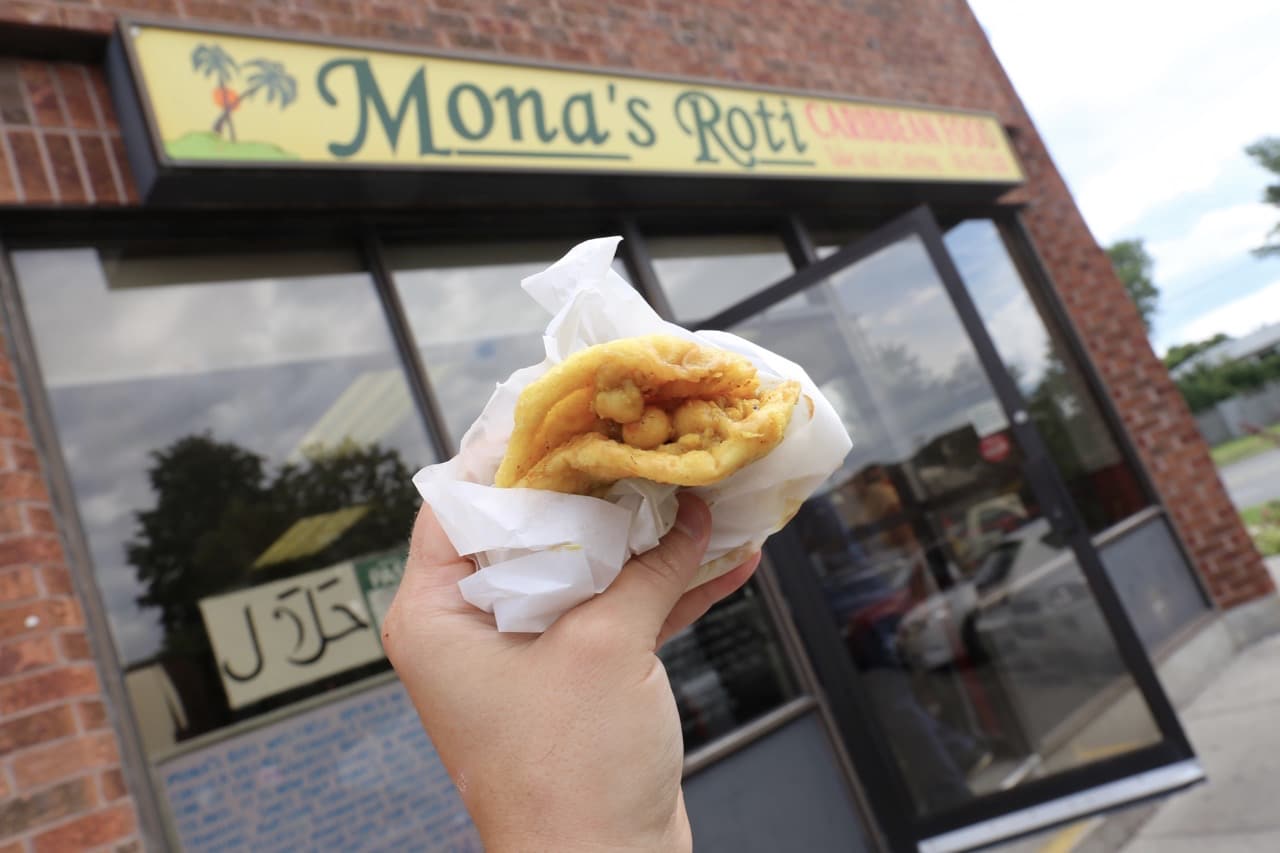 Toronto’s Caribbean community has been raving for Mona’s Roti ever since it set up shop over 25 years ago. This Trinidadian family business serves up the best roti in Scarborough and is the perfect spot to enjoy the island’s ubiquitous beach snack, a chickpea curry stuffed Double. 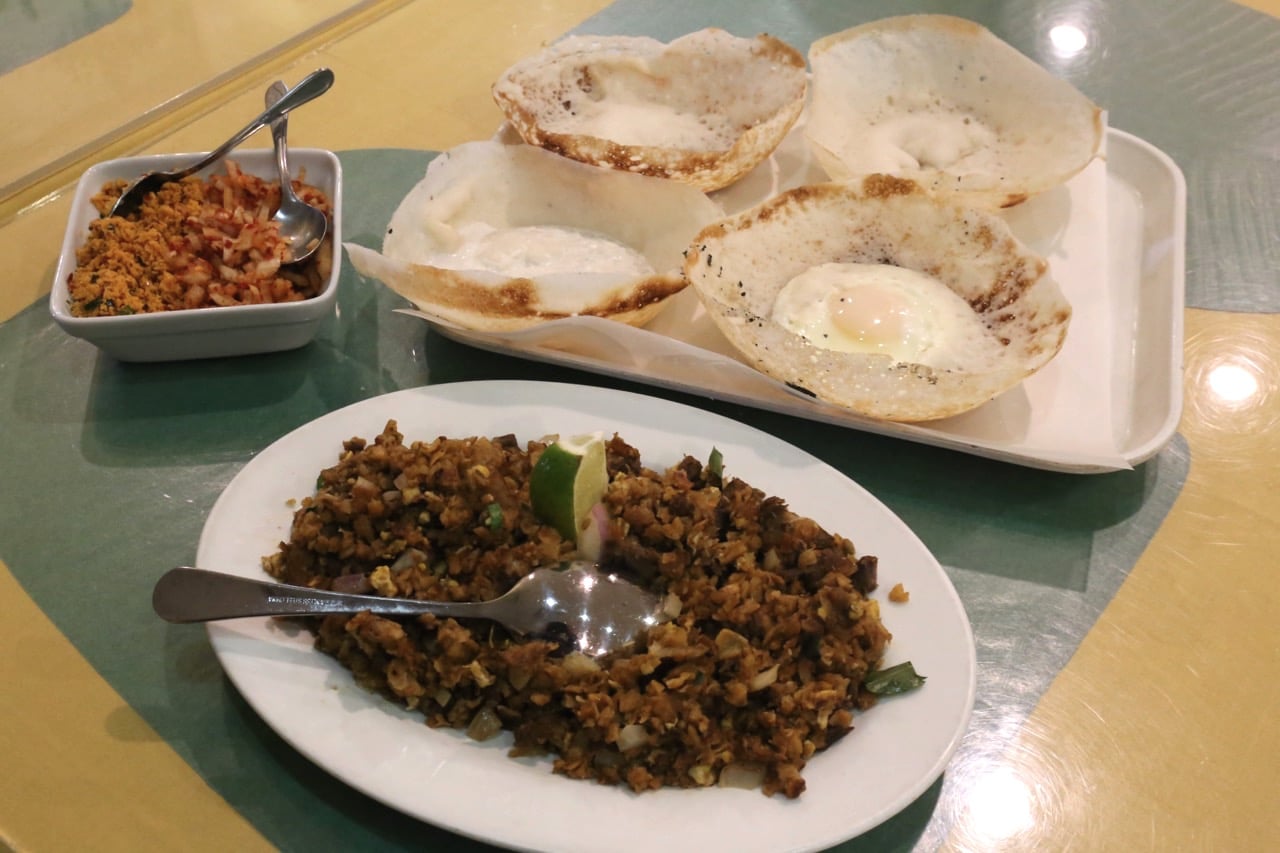 The Hopper Hut is one of the Sri Lankan’s communities go-tos for a taste of home sweet home. The petite island nation is located to the south east of India and its people are known for their enthusiasm for spicy eats. There are two dishes you need to order here: hoppers, a bowl-shaped pancake made from rice flour and coconut milk served with spicy sambals and Kottu Roti, a stir-fried shredded roti tossed with your choice of egg, beef or chicken. 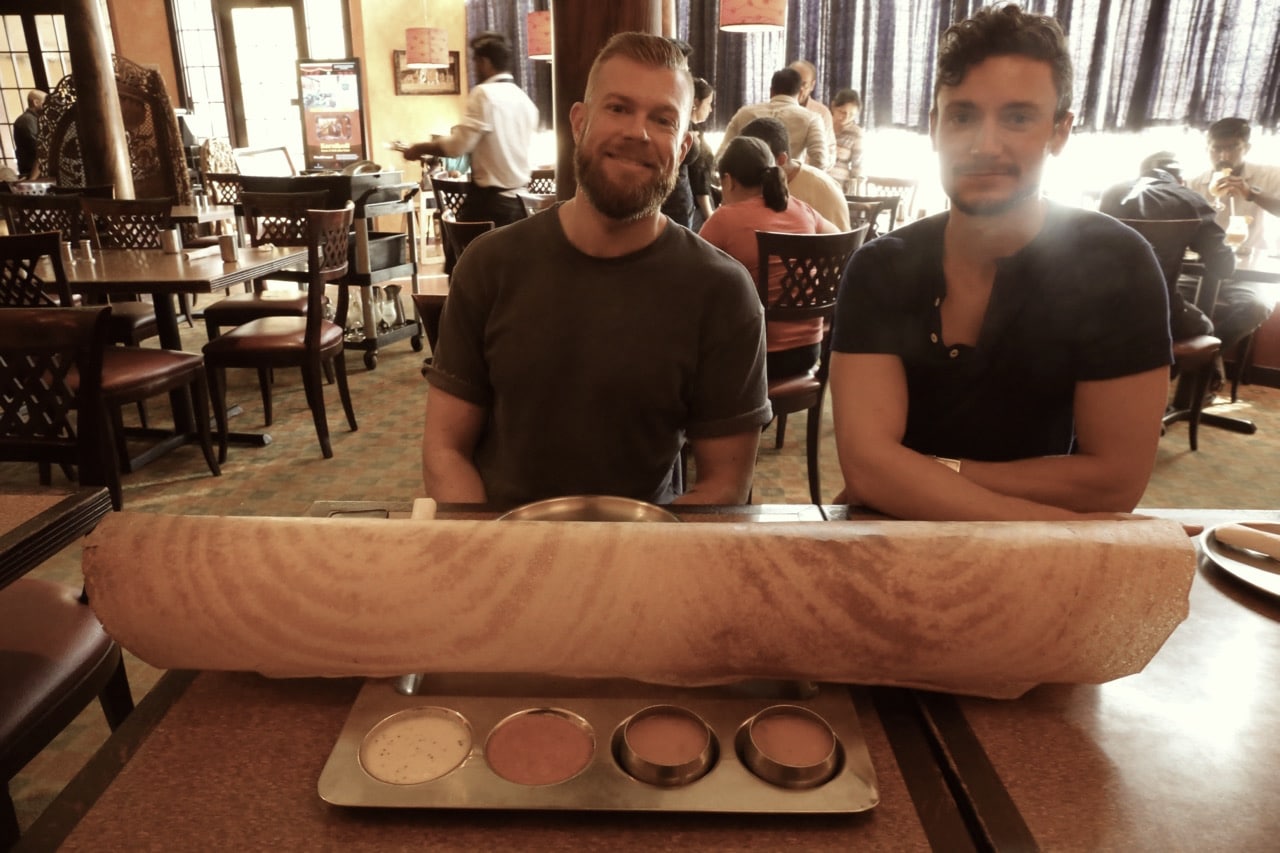 Fans of South Indian cuisine flock to Karaikudi Chettinad’s bustling dining room where outrageously massive paper dosa’s arrive at the table and force a jaw-drop. The poplar Indian pancake is made from a fermented batter made of rice and black gram and is somewhat similar to a crepe in appearance. The massive dosa is a fun appetizer where you literally get to “break bread” with your friends at the table. Dip each paper thin morsel into a selection of flavourful sauces featuring fresh coconut and fragrant masala. 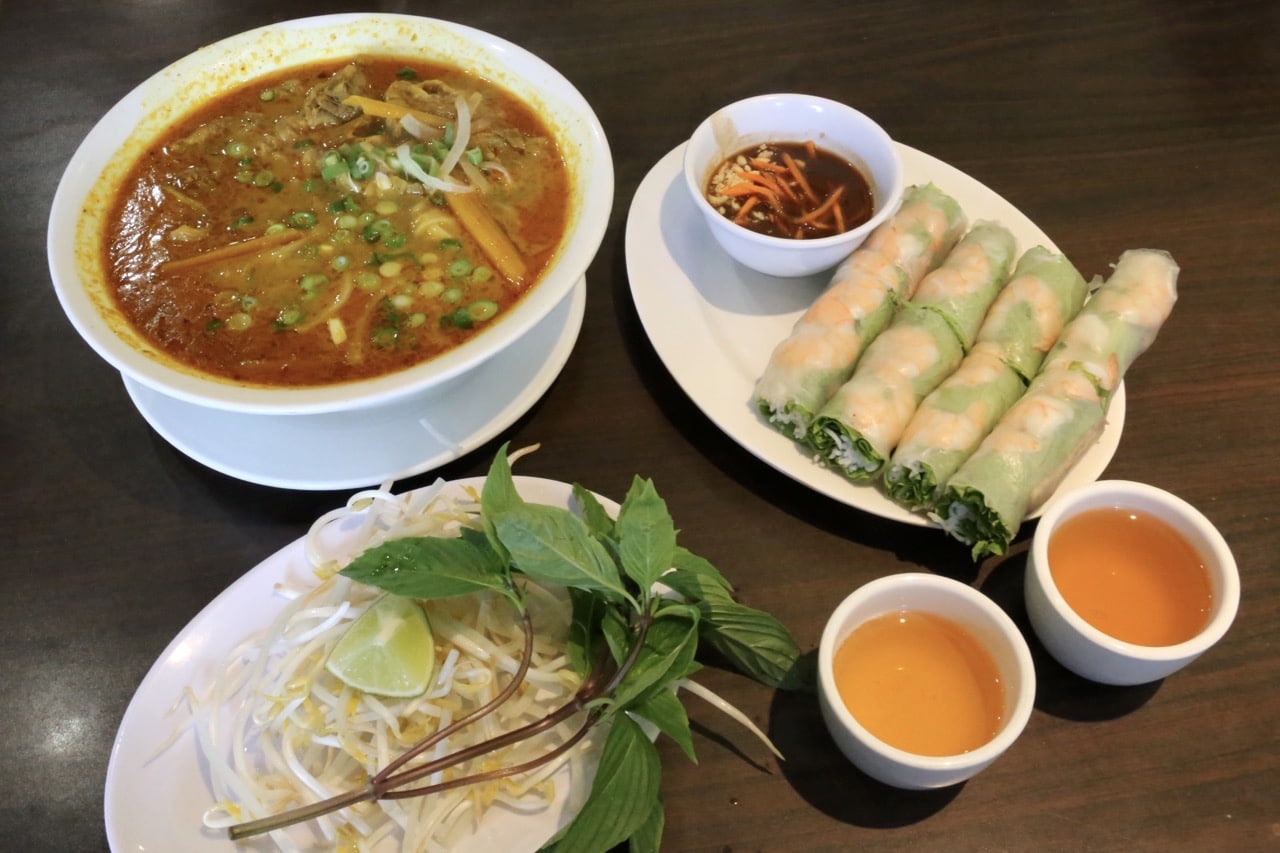 Vietnamese food fans rave for Pho Metro, a contemporary take on Southeast Asia’s much loved soup. While waiting in line out front (the place is always packed) read through the takeout menu and you’ll see the typical classics (spring rolls, beef brisket pho…). Locals in the know will tell you to peak your head behind the bar where the chef posts signature dishes that don’t appear on the printed menu. Enjoy a sublime experience after spooning your way through a bowl of curry brisket pho. The flavourful soup is reminiscent of a Singaporean laksa, featuring spicy curry, sweet coconut cream and fragrant stalks of lemongrass which float like boats over tender bits of beef. 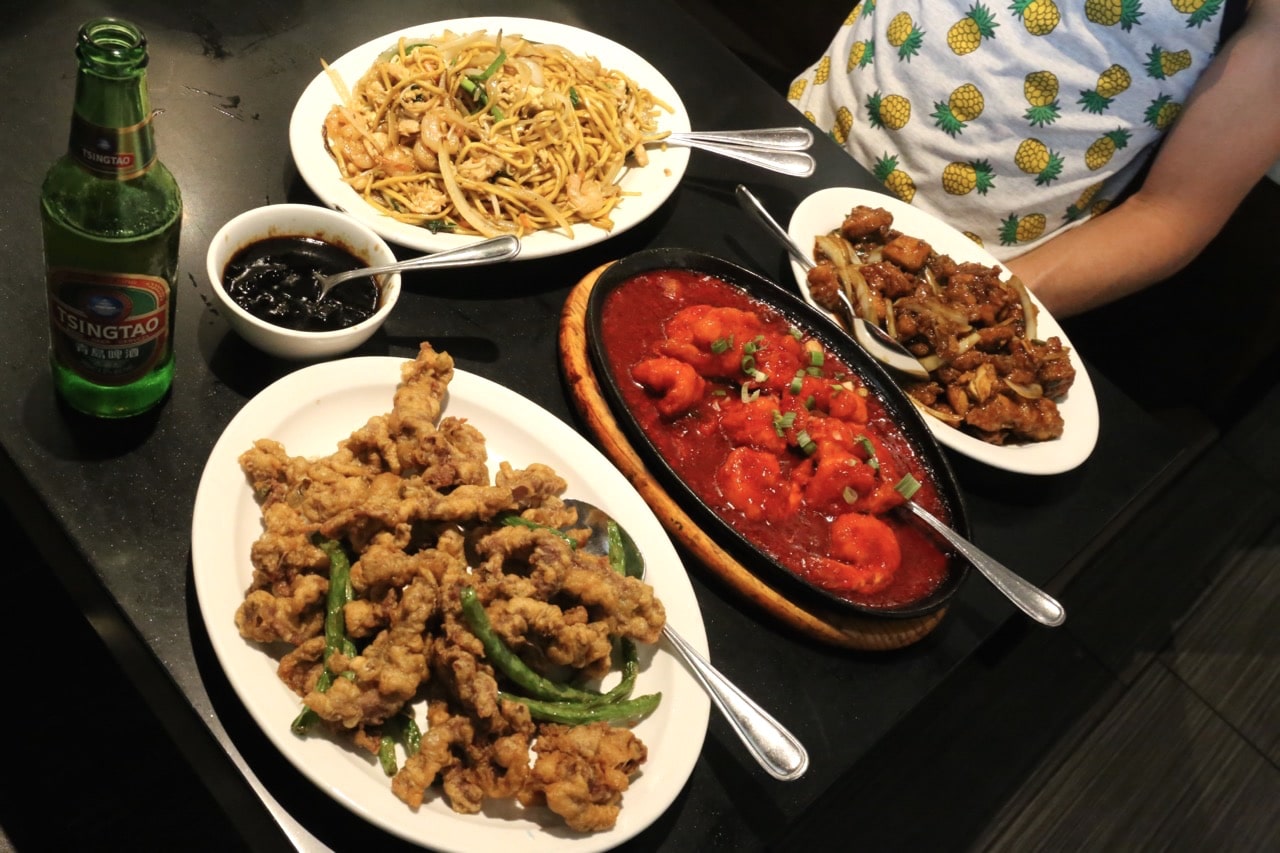 Frederick’s has set the bar amongst Hakka fans in Toronto for the past 20 years. Hakka cuisine is a style of Chinese cooking which concentrates on the texture of the food. The skill in its preparation lies in the ability to cook meat thoroughly without hardening it. If you’re a newbie to Hakka dishes head to Frederick’s to feast on classics such as onion tossed Chilli Chicken, heavenly deep-fried Crispy Beef, sizzling Garlic Shrimp and a steaming plate of Hakka Noodles. 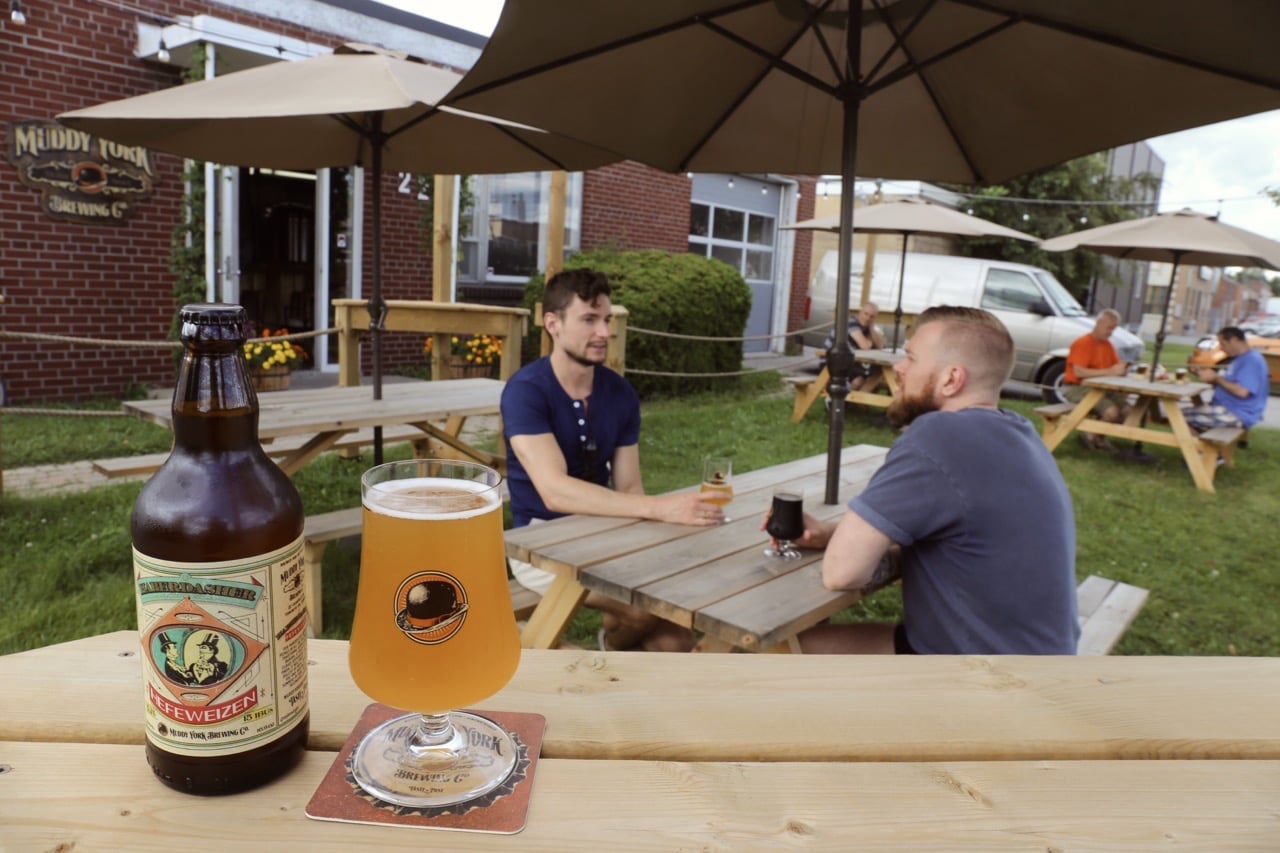 On a hot day craft beer fans flock to the pretty al fresco patio which sits perched in front of Muddy York Brewing Co. The two year old small-batch brewery offers a perfect stop to quench your thirst before driving back to the city. Take a stroll through the vintage bottle shop, decked out in awesome antiques and admire the breweries playful labels, a perfect treat for the beer nerd on your gift list. Highlights from the tap include grapefruit-forward Diving Horse Pale Ale, dark chocolate scented Muddy York Porter, and thirst quenching Hefeweizen.