Premiering in Toronto on June 20, The Black Drum tells the story of a young woman, whose life is upturned when her tattoos come alive and propel her on a fantastical journey in search of her own inner music.

This collaboration between Soulpepper Theatre, The Canadian Cultural Society of the Deaf and the Deaf Culture Centre is shared with its audience entirely in sign language. It weaves together an intricate tapestry of music, motion capture projection, tattoo art, and physical theatre that culminates in a breathtaking experience.

Featuring a talented collective of celebrated deaf actors and artists, The Black Drum is a rhythmic telling of their story in the world’s first entirely deaf musical theatre that is not originally a sound-based work.

We sat down with Producer Joanne Cripps and Director, Cross-Cultural Development & Research, Anita Small, to ask some questions about the production and the collaboration with the Soulpepper Theatre.

How did you first learn about The Black Drum?

We have been doing research on signed music for about seven years. We wanted to do something unique for the Canada Council for the Arts New Chapter Program to mark the 150th anniversary of confederation in 2017. A full feature signed musical had never been done. It seemed like a perfect way to celebrate and share the rich culture of Canada’s deaf community. The Black Drum is about a search for your inner music and everyone can relate to that.

How did the collaboration with Soulpepper come about?

When we decided to apply to the Canada Council for the Arts grant to create this production they required a partner. We thought of Soulpepper because they were advocating for diversity in their theatre productions and were exploring, for example, interpreted performances for the first time. We thought they might be interested in a truly deaf performance that is deaf-led as a big step forward for them so the partnership would be mutually beneficial. We contacted Brad Lepp from Soulpepper who wrote a letter of support for us.

In what way does sound play a role in the production?

Face, hands and movement are our poetry and create our rhythms of the heart. The Greek philosopher and mathematician, Pythagoras was the first to define music and described it in terms of the movement of the planets and stated that our ears are unable to hear it.
We do have drumming that the audience can feel but it follows the rhythm of the performers, not the other way around. We have also included a voice synopsis at intervals for the hearing audience to understand the plot. The voices are accompanied by projected faces that the Deaf audience can relate to as we see moving mouths with no sound all the time.

Was there a theme or directive attached to The Black Drum?

We established a directive at the outset that the process would be Deaf led-and that the performance would be a real signed musical emerging from the deaf creative team. It would not be interpreted auditory music. When we commissioned Adam Pottle, a deaf playwright, to write this play, we made clear that we wished to celebrate deaf life in the play.

At the same time, without a conflict to be resolved, you lack an interesting plot and so the storyline reflects the real tension between oppression experienced in the deaf community and celebrating deaf life and who we are. We also stated that the script would provide the important skeleton of the play but the Director and actors are encouraged to use the concepts as a base but then to overlay their own means of expression and deaf cultural sensibilities as it gets played out on stage. Adam states this in the script.

How did the deaf actors impact the production?

This play celebrates diversity – as a deaf community, as cast, in so many ways. Signed music is a new experience for them and they were each willing to explore it so that it emerged from their internal rhythm of the heart as well as reflecting each of their expertise.

How did Soulpepper help with the staging of The Black Drum?

We received a theatre mentorship grant from the Canada Council for the Arts and Soulpepper has been instrumental in providing mentorship for The Black Drum Deaf producer, set design, makeup, communications and marketing. They have truly been supportive with use of their space and consultation. We had independence artistically and advice and support when requested. We hope this experience will serve as a model and lead to more recognized professional stage theatre not as an anomaly but as part of the fabric of our national theatre scene.

Is there a lesson audiences will take away from The Black Drum?

If others beyond our community can see the value of the deaf community, the richness of our deaf culture, and sign language, they can support our lifestyle. In doing so, they may be more likely to support our next generation of deaf children and any person who acquires sign language as their natural language in our society.

The Black Drum, an extraordinary Deaf musical, written by Deaf playwright Adam Pottle, tells the story of a young woman, whose life is upturned when her tattoos come alive and propel her on a fantastical journey in search of her own inner music. 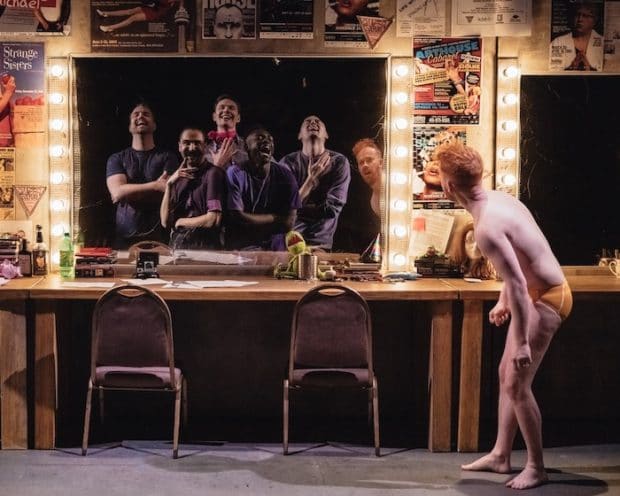 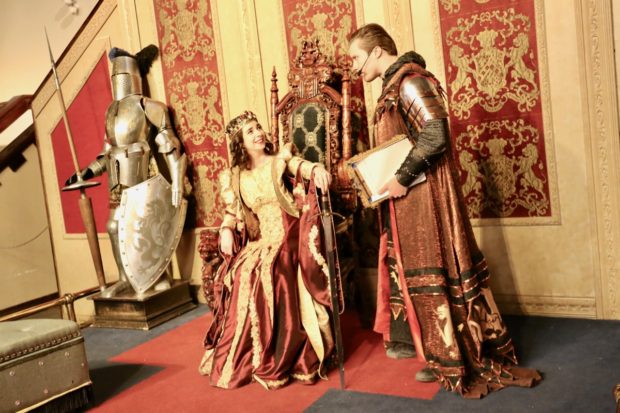 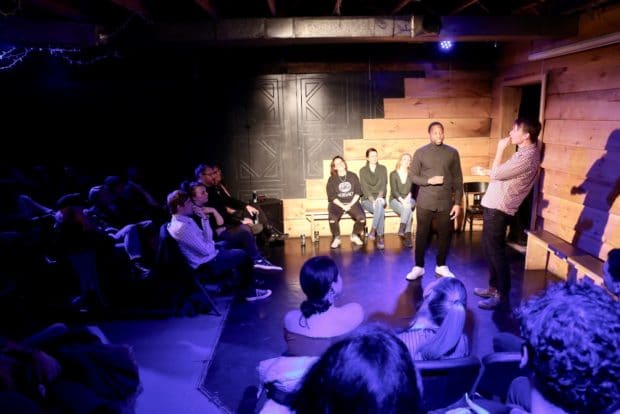