Chef Doomie isn’t a vegan. So how is it that he came to open LA’s hippest vegan eatery? Doomie says it all started when he grew tired of eating at terrible vegan places with his vegan friends. “There were just so many things that were wrong with everything, and it bothered me to the point where I was like, ‘One day, I’m gonna do this right.’ The goal is to make everything good enough, not just for vegans, but for the people they drag out.”

According to Chef Doomie there are two types of vegans: the people who do not eat animal products to be healthy, and those who make the ethical choice not to slaughter animals for food. There are more ethical vegans than health-based ones and they don’t necessarily want salads. They too crave junk food. 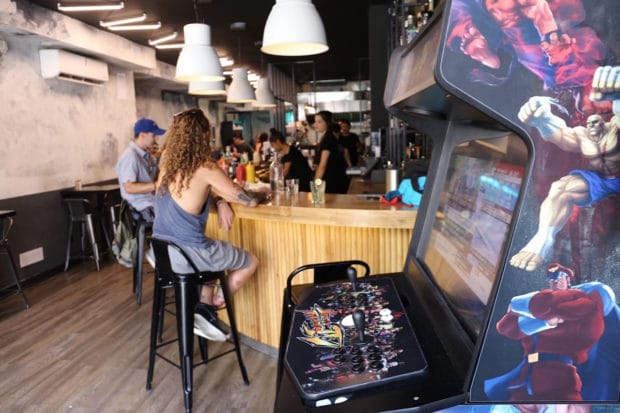 The Doomie empire recently expanded outside of LA to open its second spot in TIFF-town, Canada’s little city on the lake. Perched over Queen West in the heart of Toronto’s Parkdale hood, Doomie’s Toronto recently took over the space that was once Small Town Food Co. The space, designed by Lisa Ho, features distressed textures, neon lights, bar-height Tolix chairs and vintage arcade game. Be sure to head downstairs to take a few snaps in the bathroom which is hilariously covered in comics by U.K. artist the Vegan Sidekick.

My friend Ryan (you guessed it, a vegetarian) was visiting from out of town this past weekend and thought what better excuse to peddle across the city in the hot heat of summer than to feast on munchie-tastic vegan fast food? We hopped up at the bar and quickly quenched our thirst on a gin spiked Cucumber Cooler while eagerly running our fingers down the taco, burger and mac & cheese-centric menu. 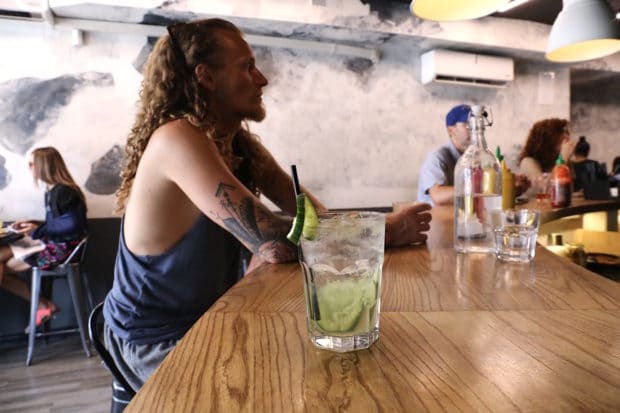 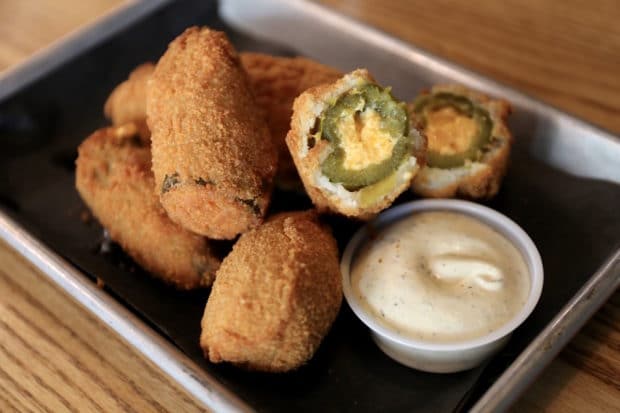 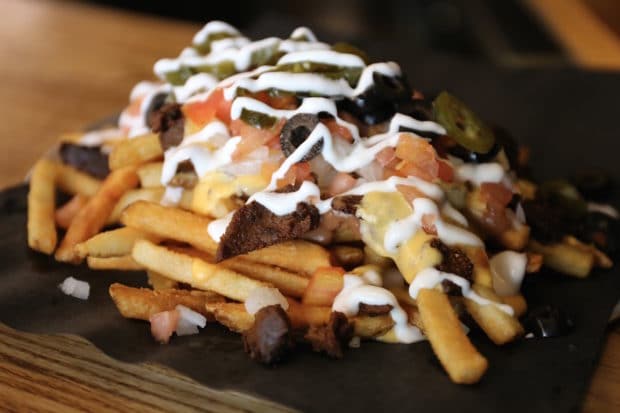 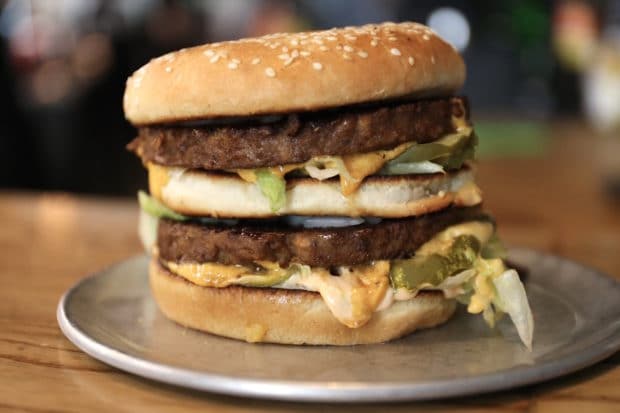 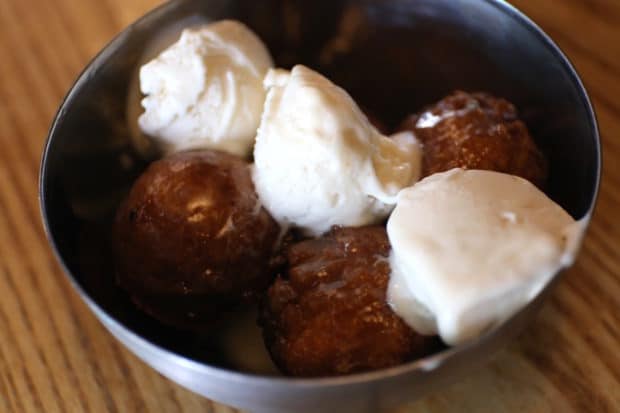