I’ve lived in Toronto’s Church and Wellesley neighbourhood for six years. I often refer to my downtown home which sits tucked between Yorkville and Ryerson University as the city’s culinary wasteland. It’s rare that I wander up Yonge Street to find a long line snaking out the door of a restaurant unless McDonald’s is giving away free coffee or Menchie’s is offering frozen yogurt samples on a hot day. 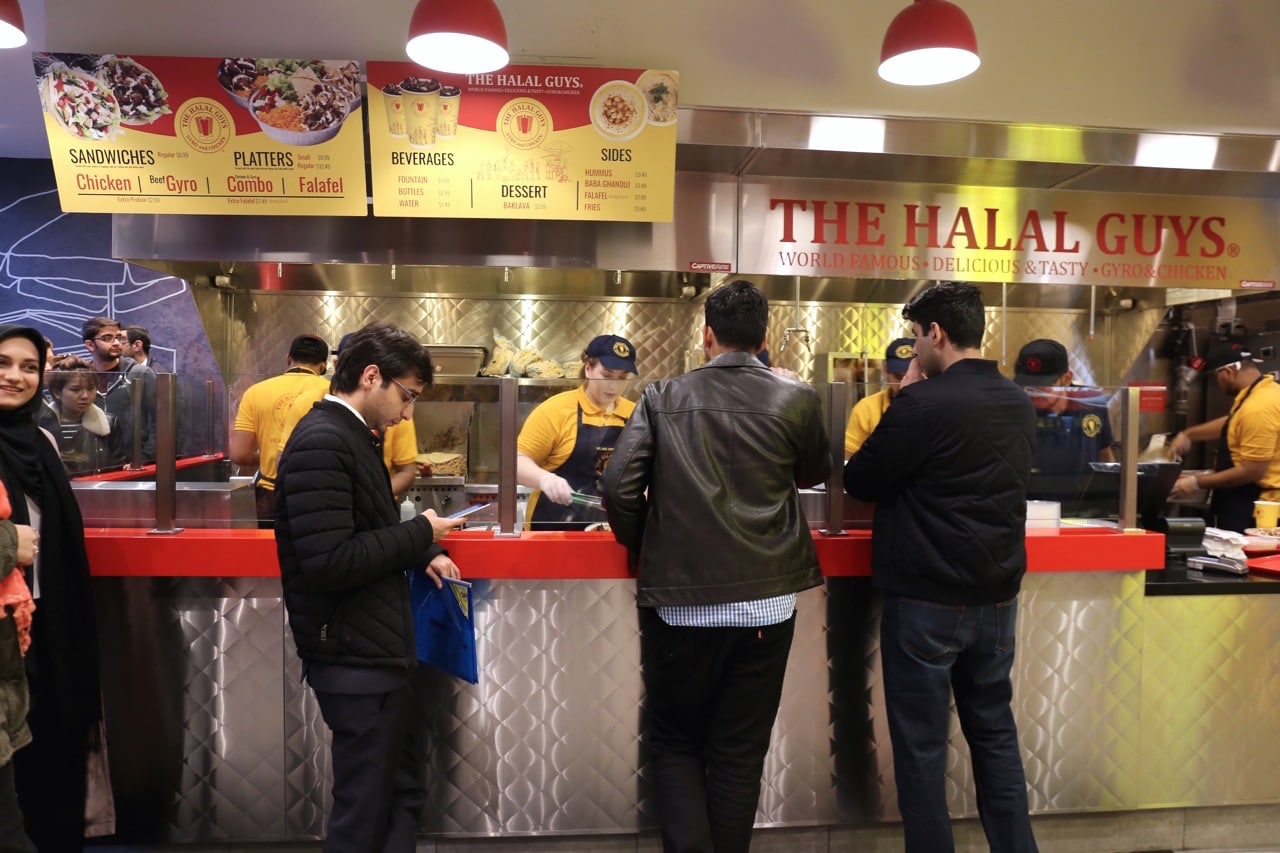 So you can imagine how surprised I was when I recently stumbled upon a massive line weaving down Yonge Street. I couldn’t help but giggle as I saw other passersby stopping in their tracks to peak through the window and inquire with the eager beavers, “what is it you are waiting in line for?” A gaggle of smiling faces wrapped in multi-coloured hijabs chirp, “The Halal Guys, a famous Middle Eastern restaurant from NYC just launched here this week and we’re excited to eat!” 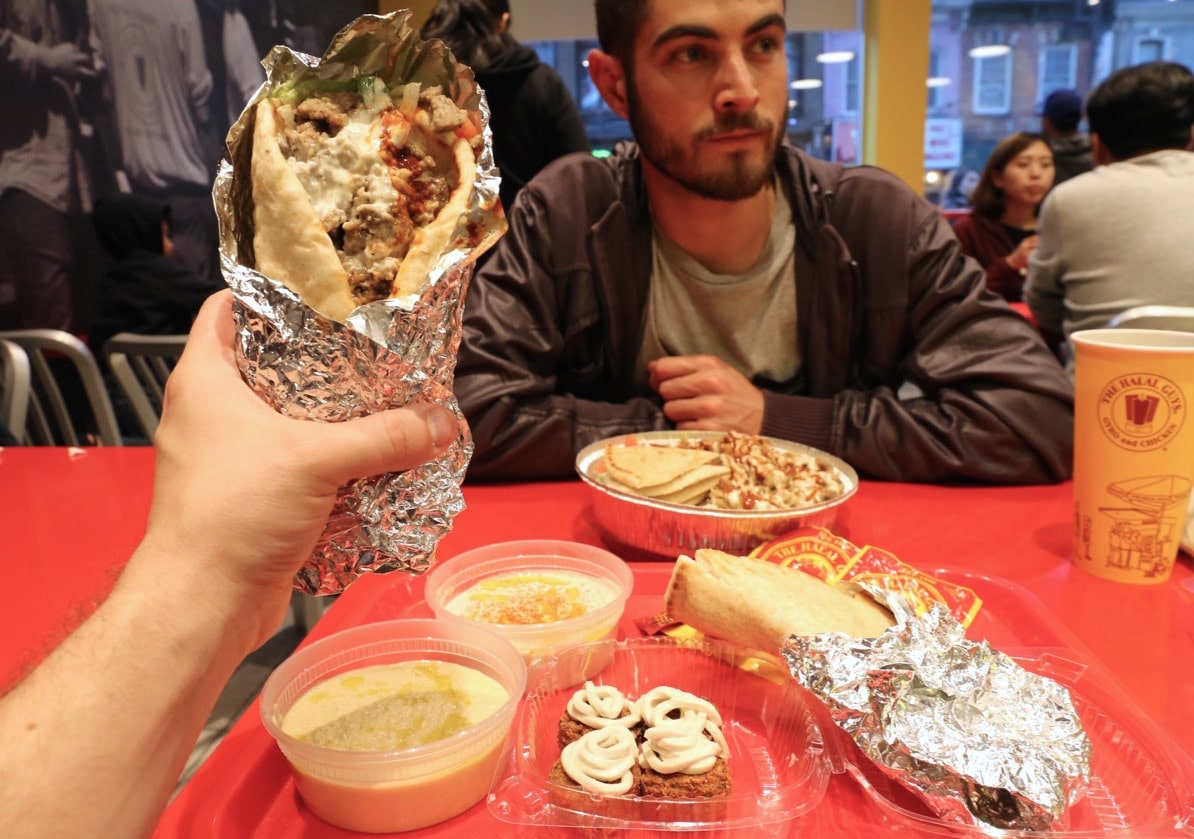 The Halal Guys launched their Ontario flagship on May 5th in Toronto and still a month after opening its doors the restaurants cult-like following is willing to wait in line on the daily for the good stuff. I of course was as curious as ever so grabbed a spot in line to see what all the fuss was about. If you’re a fan of Toronto’s own Ali Baba’s Middle Eastern restaurant chain The Halal Guys is a spot you’ll definitely want to add to your hit list.

The menu at The Halal Guys is short but sweet. Appetizers include hummus, baba ganouj, fries and falafel which are a perfect accompaniment to the main event. Choose chicken or beef gyro wrapped in either a pita sandwich (perfect if you’re on the go) or as a platter (ideal for those nights you don’t have time to cook at home). The restaurant is perhaps best known for its super spicy hot sauce and creamy garlic infused white sauce…which should be squeezed and splattered as liberally as can be. 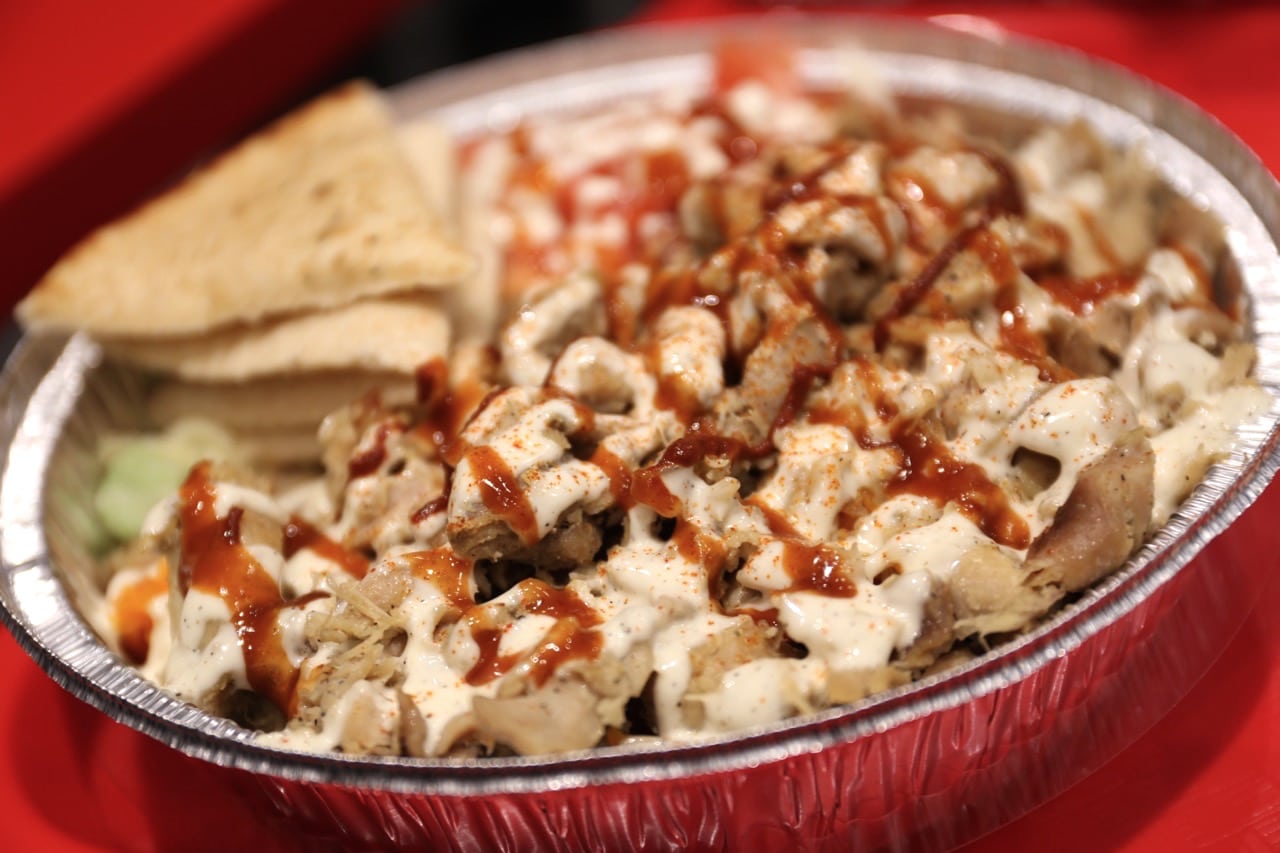