It had been raining all day in Mexico City and while I spent most of my time lazing in luxury at the Four Seasons spa I was giddy with excitement to be hopping in a taxi across town. I would be leaving the traditional tourist zone and jolting 30 minutes south to dine at one of Latin America’s most buzzed about restaurants. Chef Edgar Nunez’s Sud 777 has become a regular fixture on San Pellegrino’s coveted “Latin America’s 50 Best Restaurants List.” For any culinary tourist visiting the Mexican capital, a stop over the dinner hour is an essential one.

This former tennis court in the wealthy neighbourhood of Pedregal has evolved into a fashionable and sophisticated restaurant where the who’s who of Mexico City come to wine and dine. Upon arrival guests are given a bit of eye candy, salivating at a jaw dropping dining room featuring open concept double-decker lounge, antler adorned bar, booming fireplace and quirky features such as vintage globe and bookshelves brimming with your next read.

That night I sip through a glass of local craft beer, a citrus spiked Witbier Calavera followed by bright Viogner from the Baja. Over the next hour a parade of petite plates, hand delivered by Chef Nunez himself, each offer a vibrant contrast. A humble bowl of salsa verde topped with house made buratta is a fresh first course. A trilogy of crispy melt-in-your-mouth Ham Croquettes arrive next sitting on a dollop of chipotle mayo. After licking my plate clean I can’t help but chirp, “I could have easily eaten 100 of those things.” A plate of Mexican Style Rice followed, filled with succulent and stringy duck confit, a heart warming risotto. My entree duo featured perfectly Crispy Suckling Pig and a whimsical celebration of corn and sea as fillet of Rock Cod wallowed in sweet corn sauce, slathered in polenta and adorned with choir of popcorn. 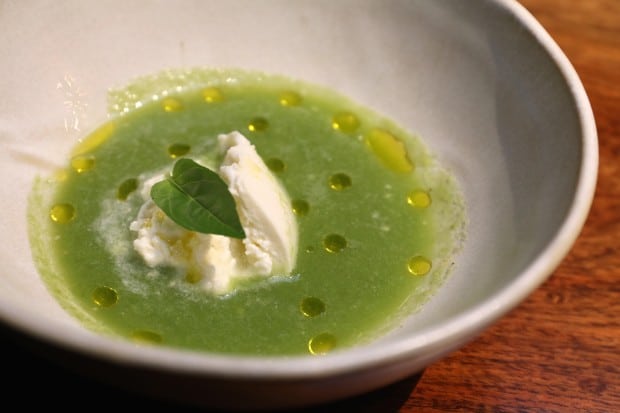 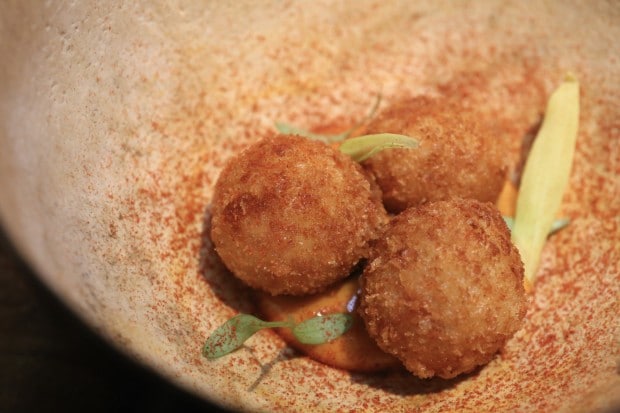 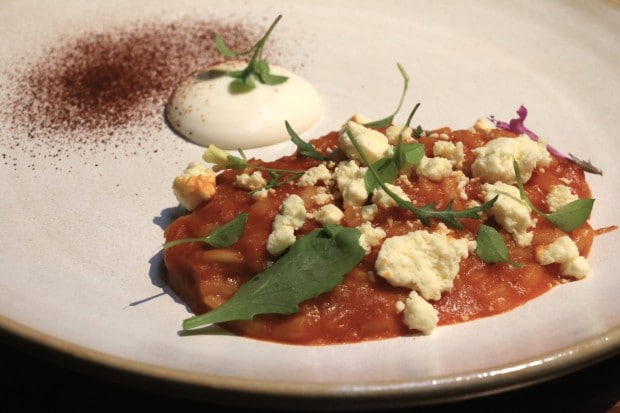 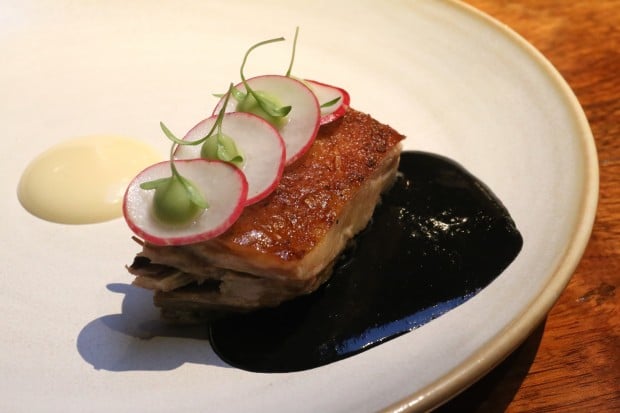 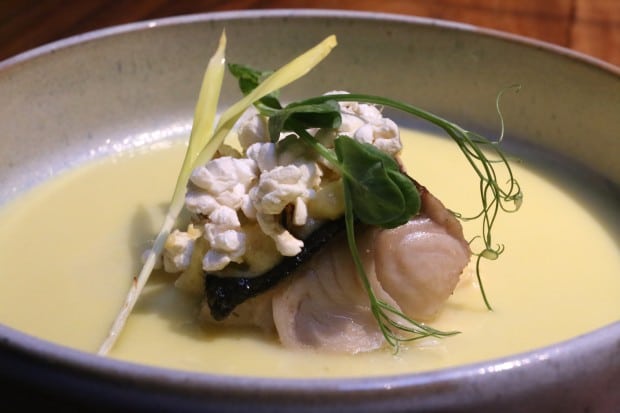