I don’t often peddle over to Pape but as I dig my heels deeper into Toronto I’m always looking to explore more of the East End’s hidden gems. While cycling along Gerrard I pass through historic Cabbagetown, zoom over a bridge which straddles the the Don River and arrive in a residential neighbourhood on the north end of Leslieville.

Maple Leaf Tavern recently reopened its doors in a beautiful historic building which was originally built in 1910. The space was first home to three storefronts featuring a cycle shop, grocery and taxi service. In 1935 the walls were torn down and the iconic building relaunched as the Hotel Maple Leaf which was handed down to various owners over the years, making a name for itself as a rough drinking den which sold beers by the tray and rented rooms by the hour. 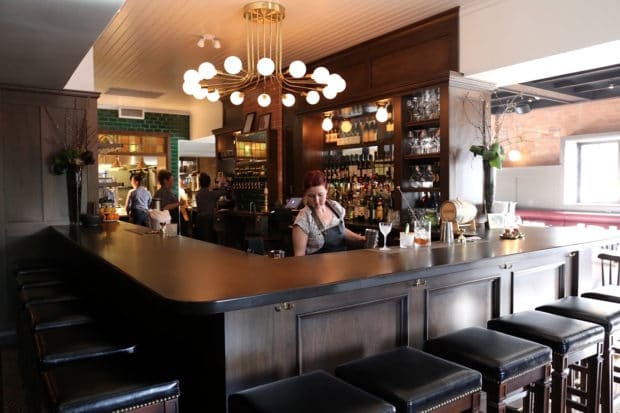 Local residents celebrate the new spirit of the storied space as the property was most recently purchased in 2013, undergoing a complete renovation from head to toe. The buildings new restaurant is already bustling, serving up slick cocktails and pretty plates in a concept that offers an homage to the modern North American Tavern.

Executive Chef Jesse Vallins is a Toronto native who has spent the last 20 years cooking in some of the city’s best restaurants. He’s particularly made a name for himself in the local culinary community for his unique flair for the art of sausage making which has won him the title of Toronto’s Sausage League Champion three times now.

After sipping a Margarita and Manhattan duo at the bar I slipped into the sun-soaked dinning room to begin my Friday feast. I started by tipping my hat to the chef’s love for sausage via tasty trio featuring Beer & Mustard, Smoked Duck and mouthwatering Reuben. One must order the decadent whole Ontario Burrata with its dreamy-cream filling, a plump casein sphere which sits perched over grilled radicchio, pickled ramps and tomato confit. The restaurant’s savoury signature is a fancy slice of lasagna featuring veal shank, porcini and bone marrow while those looking to enjoy a sweet finish should spoon through the Crispy Rice Pudding which pairs perfectly with apple preserve, caramelized white chocolate and a whisper of vanilla cream. 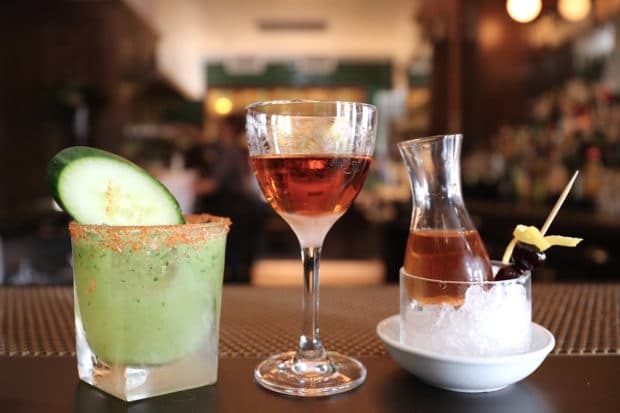 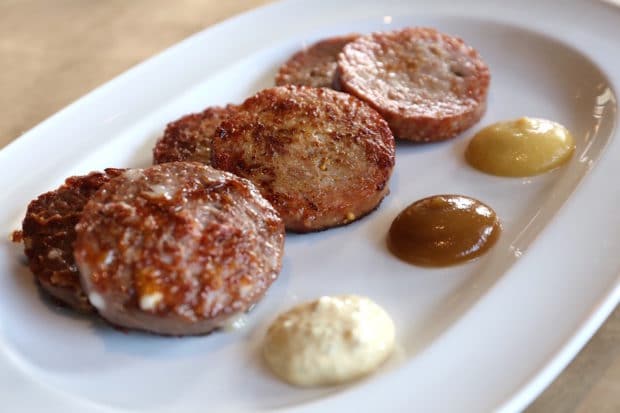 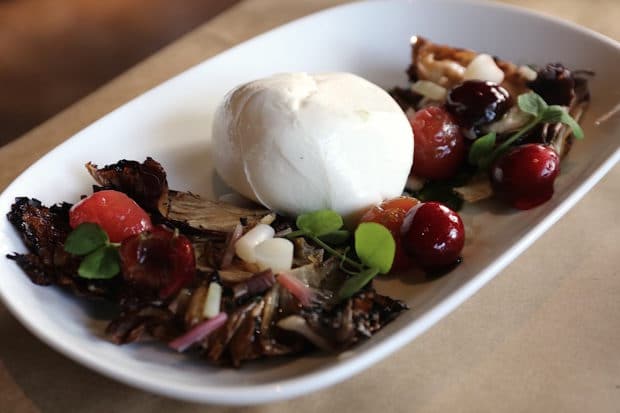 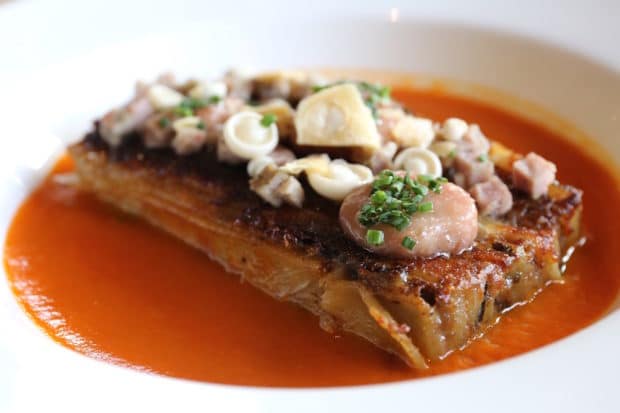 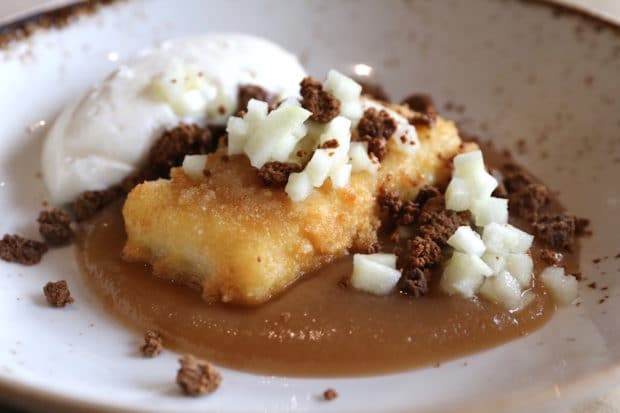