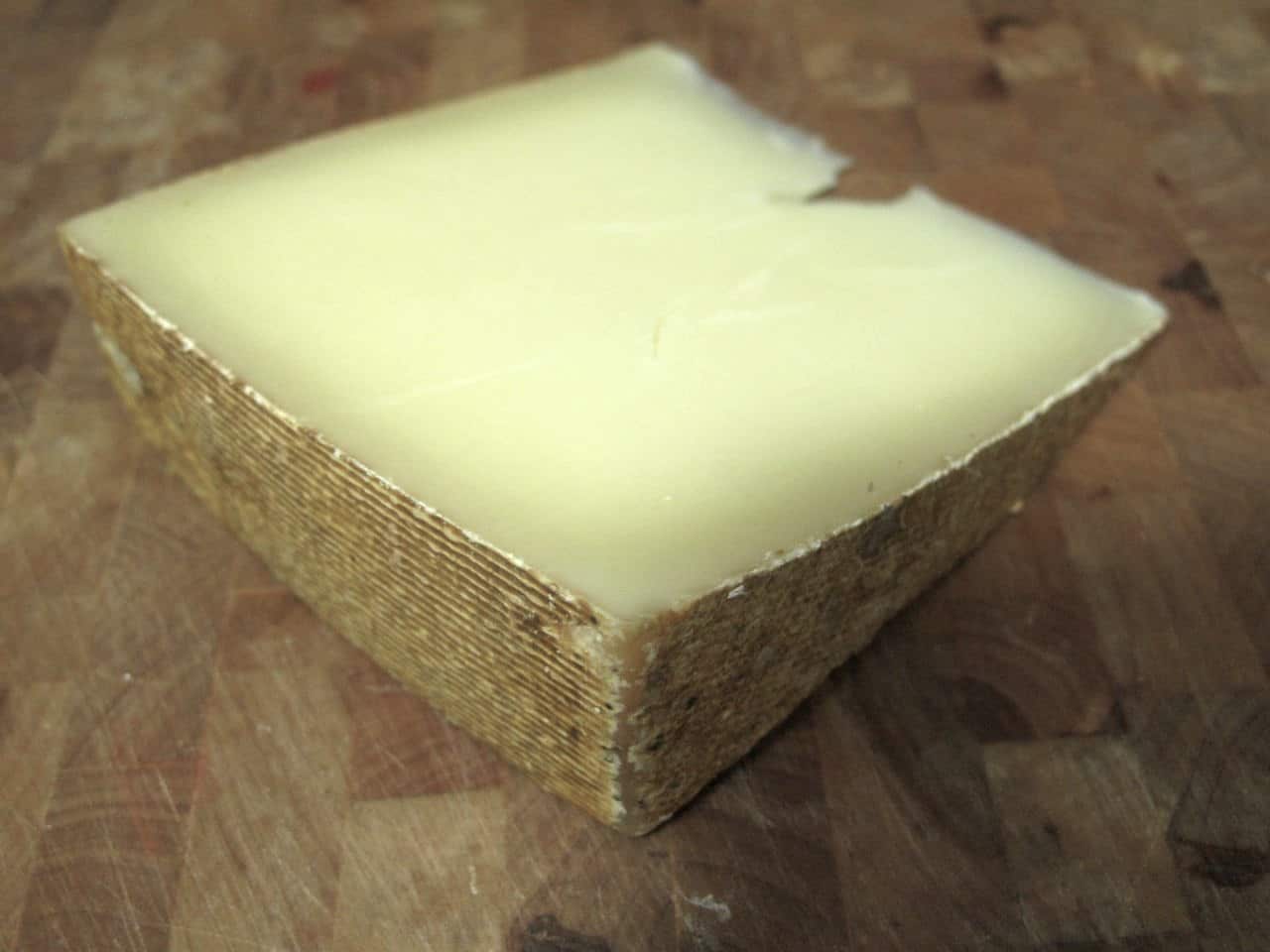 Gunn’s Hill started making cheese in August 2011 under the direction of Shep Ysselstein who was trained in the Swiss Alps. They only use milk from their family run Friesvale Farm. The cheese is made in small batches, by hand using traditional techniques. All cheeses are washed rind by hand once a day with salty water to promote growth of a bacteria that adds flavour.

The Gunn’s Hill Hard Swiss Cheese is a typical Swiss mountain cheese. The cheese has now been aged for four months  and will be considered aged at one year. The cheese is very rich with a balance of buttery and nutty overtones with a firm texture.