Le Cendrillon is a Quebec goat’s milk cheese, which unexpectedly was voted the best cheese in the world at the World Cheese Awards 2009, beating out 2,440 entries from 34 countries. Produced in St. Raymond de Portneuf, located about 50 kilometres northwest of Quebec City on the north shore of the St. Lawrence, Le Cendrillon is described by the producer as a “vegetable ash-covered, soft surface-ripened soft goat cheese with a semi-strong, slightly sour taste that becomes stronger with age.” 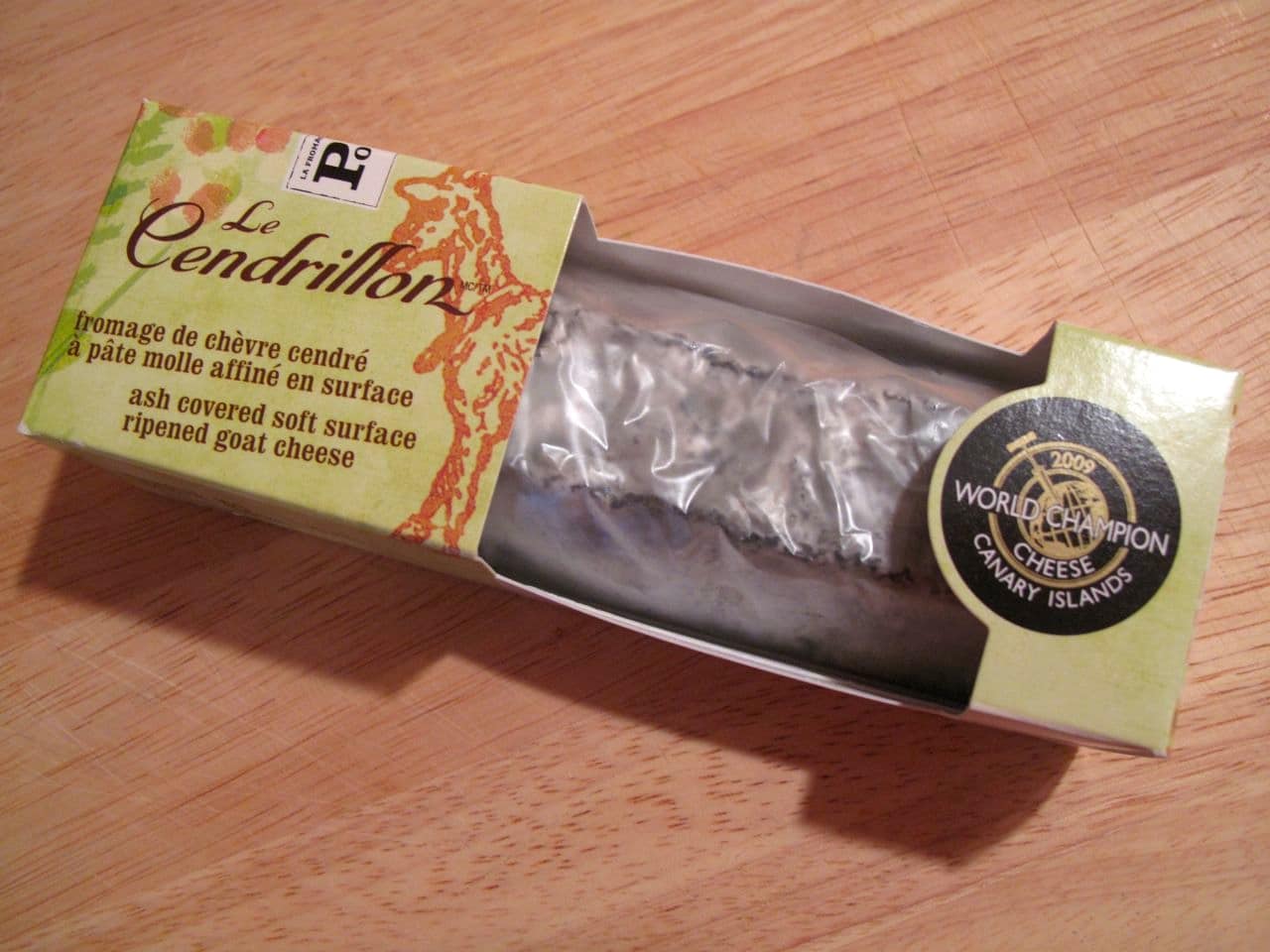 Alexis, a diehard romantic, wanted to present a gift to his love, who is a Cinderella at heart. Using her qualities as inspiration, he requested his artisan father to create a speckled ashen cheese with a good, pure heart—much like the character developed by Charles Perrault.

Shaped like a long, narrow pyramid, Le Cendrillon’s dark ash rind develops a mottled bloom. It’s even more eye-catching when sliced: Its snowy white core is surrounded by pale, almond coloured paste, which is framed by the crisp, black exterior. This visual balance translates to well-rounded yet complex flavours on the palate. The paste is dense and explodes with taste: full, creamy, salty. You get a sense of the goat milk but there’s acidity, more depth and earthiness. Even the aroma carries less of a tangy timbre and more of a sweet baritone. At this age there is a bit of bite – a peppery spiciness to the rind, but it’s a welcome interloper, rounded out by the smoothness of the cheese overall. 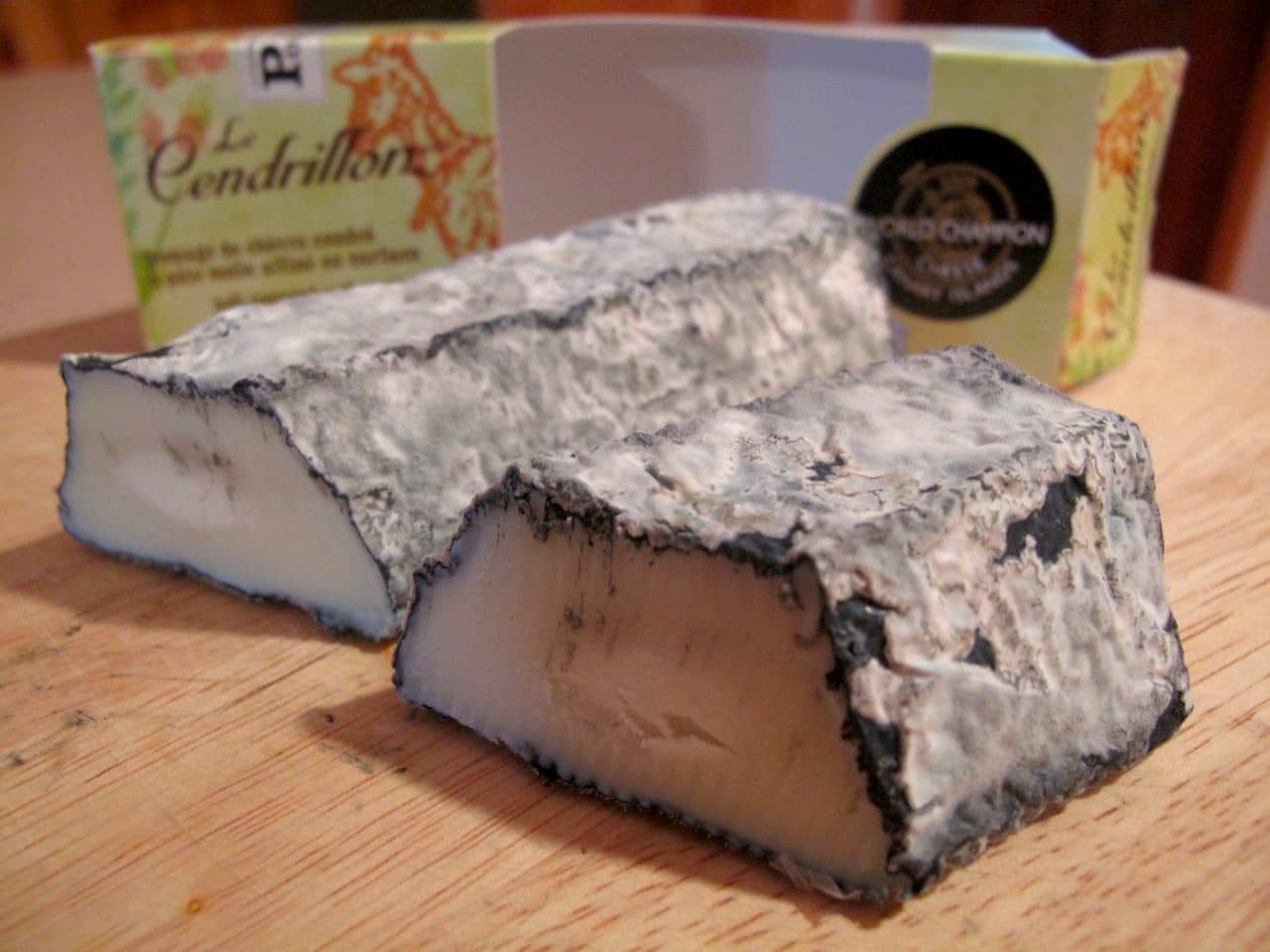 The cheese was created in 2005 when some of the younger cheese makers at the plant wanted to try something new, explains Louis Aird who is the fine cheese director at Alexis de Portneuf “I said, maybe we can make a cheese in the shape of a pyramid,” says Mr. Aird, “but the problem with the pyramid is that as it ages the centre gets very hard. So we adjusted the shape to make a long pyramid. I have travelled around the world and have never seen this same shape.”

Due to its unique form, the first moulds for the cheese were made by hand. The cheese makers discovered that this longer, leaner pyramid would ripen faster and more evenly maintaining a softer centre. The ash on the rind gives the cheese balance – helping tame acidity and draw out the salt. The velvety rind develops in the ripening room where Le Cendrillon is aged with other bloomy rind cheeses and is infiltrated by the ambient fuzzy, white mould. 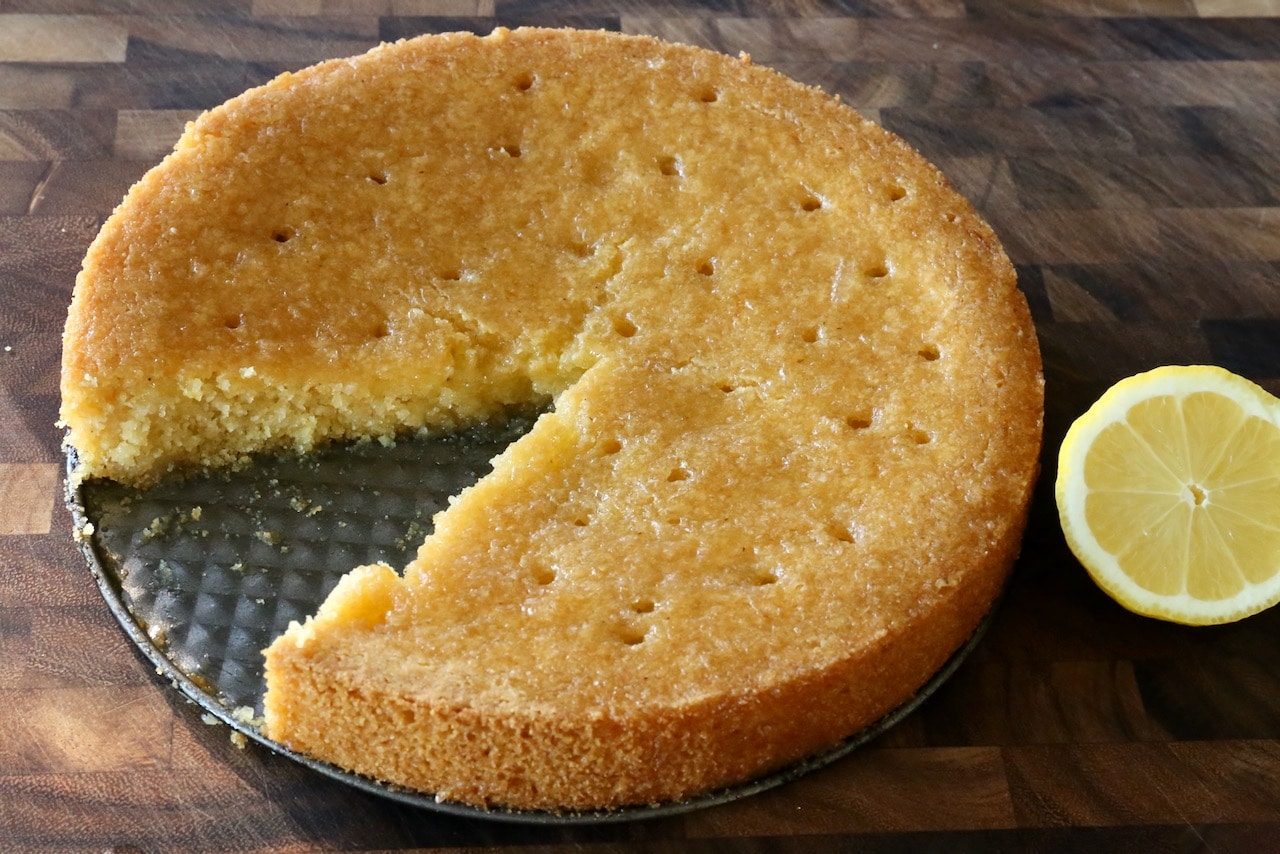